Oxford, MI – Dylan Morris was in a classroom in Oxford High School on Nov. 30, 2021 when a classmate brought a gun to school and killed four students, and wounded seven other people in the building.  Now he and other students, teachers, and supporters are calling for the state legislature to pass laws that help prevent gun violence.

On Jan 18, he and members of several organizations including End Gun Violence Michigan, No Future Without Today, and Oakland Forward gathered at Oxford Village Hall for a press conference to raise attention to legislation that could save lives.

“We were ready to arm ourselves against anybody who came through our door. We frantically grabbed makeshift weapons, including scissors, tape dispensers, a hockey stick. Anything we could hold,” Morris said.

Teacher Lauren Jasinski left her position not long after that tragic day.  “I started my career in 2012 and had to look middle school students in the eye and not be able to promise the they were safe at school following the shooting at Sandy Hook Elementary…

No amount of training could have prepared me for November 30 when I heard the first gunshots outside my classroom door.  I sheltered in place with a classroom full of 9th grade students. We had to wait nearly three hours, only able to hear calls for help and sounds of first responder walkie talkie chatter in the hallways. We had to wait while the place we loved became a crime scene.

Morris is president of No Future Without Today, a group formed in response to the shooting.  Maddie Johnston is co-vice president.

“I was in the hallway with my best friend Madyson [Baldwin] when it happened and we were separated in the chaos.  All the classroom doors were closing, so I had no choice but to run for my life through the hallway until I found an open exit,” she said.  “When I got home I was frantically calling and texting my friends, receiving clarifications of safety from all but one, the friend I had been with when it all started.

“I’m tired of people telling me how bad they feel or how sad they are.  I’m tired of thoughts and prayers that are not backed by action.”

That action could be possible with a Democrat-led legislature, but the group is encouraging them to act fact – calling for passing legislation within the first 100 days so that it doesn’t fall by the wayside.

Bills the activists would like legislators to look at include:

-Safe storage, which would require guns in homes with children to be locked safely away.

-Extreme risk protection orders, which would allow a judge to temporarily remove firearms from an individual that may to be at risk for harming themselves or others.

-Restrictions on the ability of domestic abusers to own firearms.

Rallies were also held in Detroit, Grand Rapids, Kalamazoo, Lansing, Marquette, and Saginaw. Deleah Sharp, founder of Identify Your Dream, also spoke at the press conference, sharing the story of her brother who had also died by gun violence. Other groups with representation at the event included March for Our Lives, Moms Demand Action, and Red, Wine, and Blue. 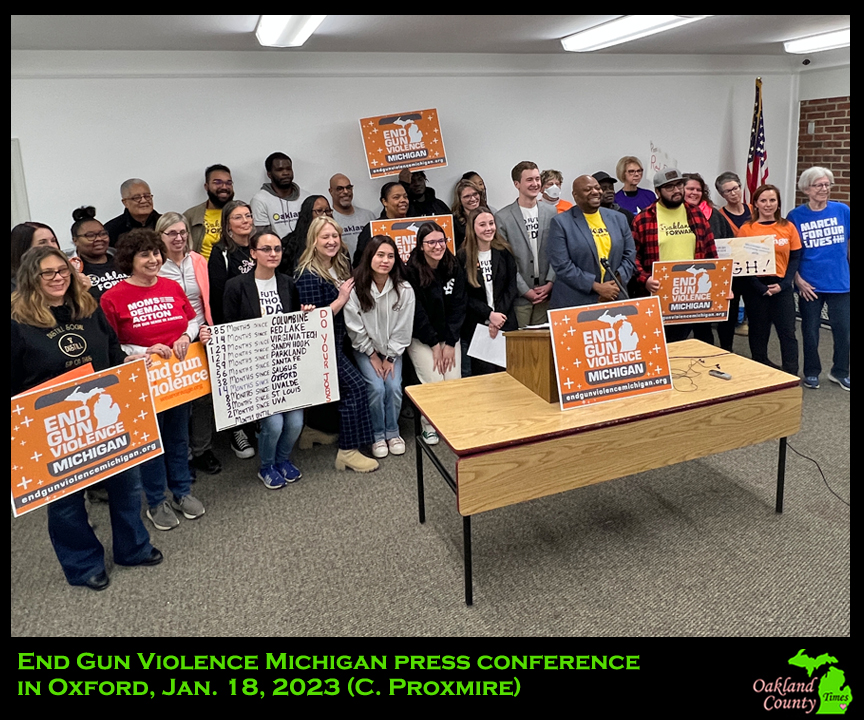 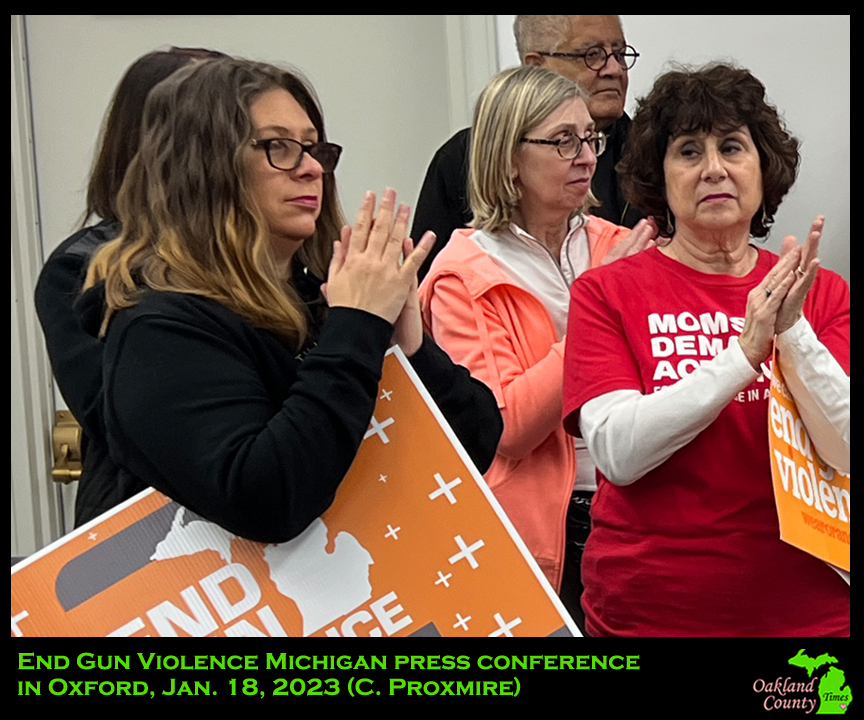 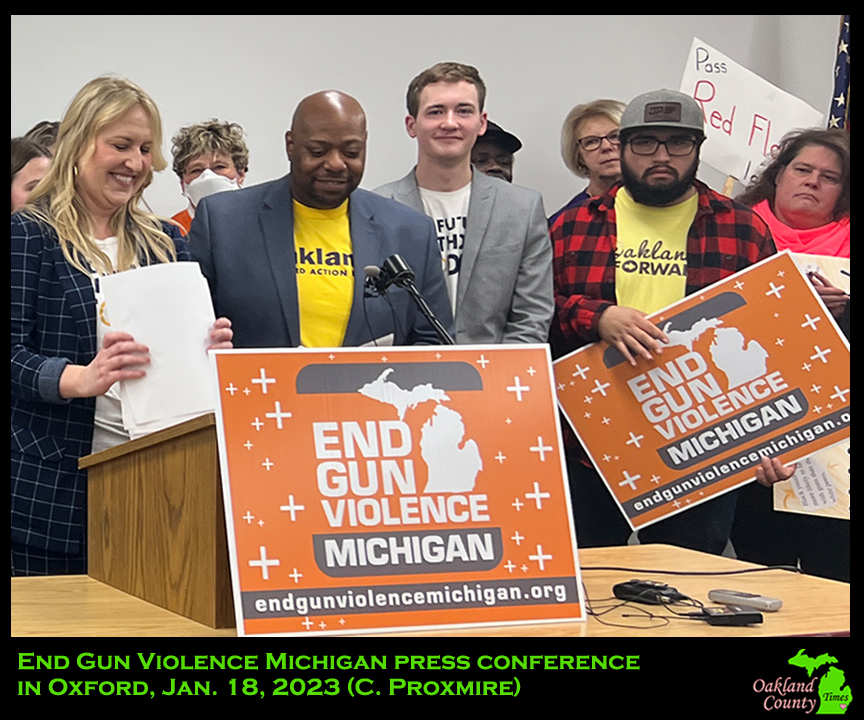 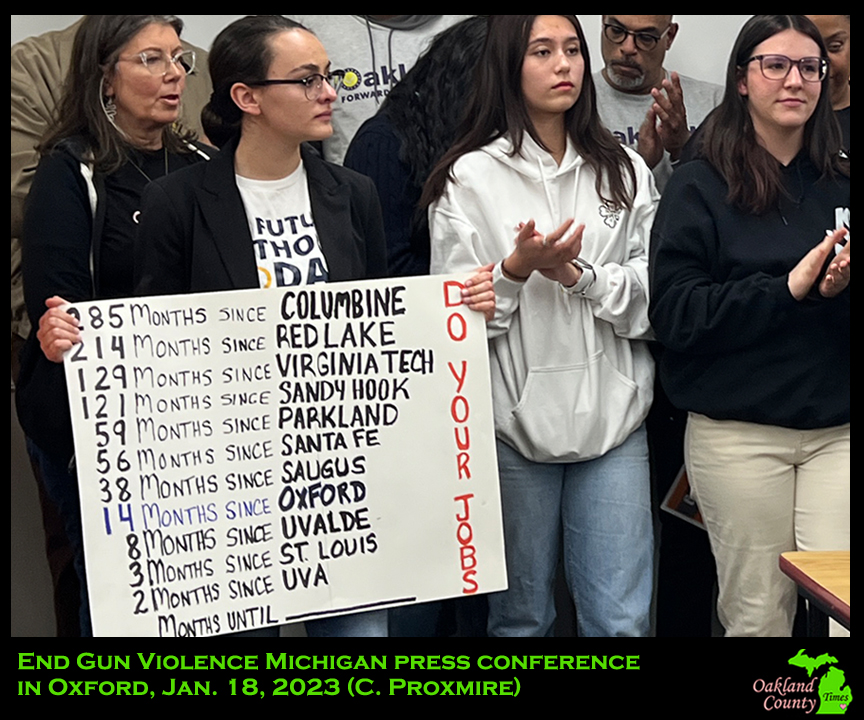 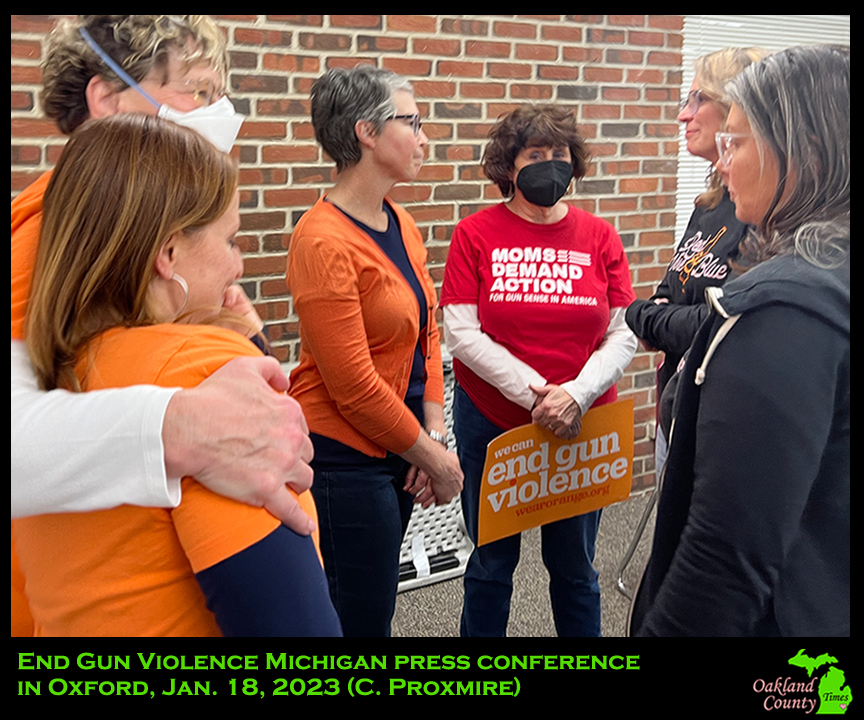