Birmingham, MI – For the first time ever in the United States, the musical Harold and Maude is being performed.  The show runs through Jan 29 at Birmingham Village Players, where the first Saturday performance had a special guest, Composer Joseph Thalken.

Thalken did a special “talk back” at the end of the hilarious and heartwarming show, which follows the unusual friendship of a 20 year old, perpetually blue Harold, and the free-spirited Maude whose time left on earth is short.

While the pair shares adventures, like joyriding in a stolen truck or sharing a toke, songs like “The Most Popular Boy,” “The Real Thing,” and “Montezuma,” create the tone for this new twist on the 1971 Colin Higgins film. 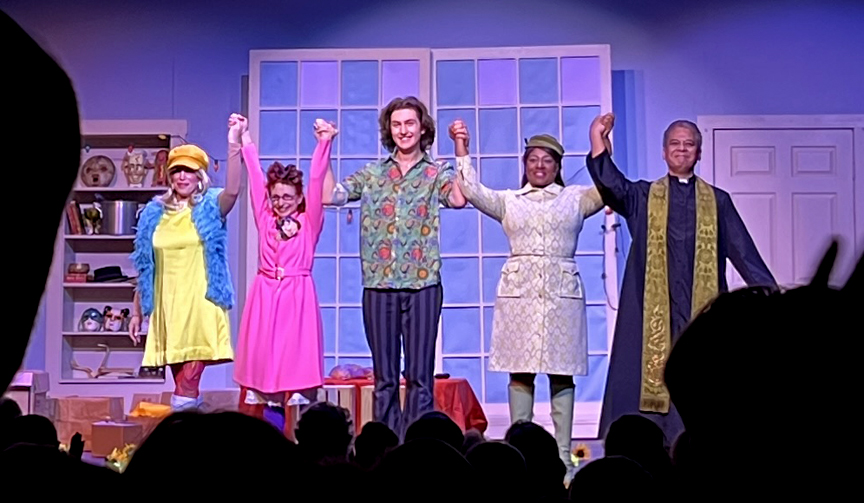 The music is all original – no Cat Stevens remakes in this performance – and Thalken enjoyed hearing his songs performed by the local actors.

Harold and Maude was a project he’d been tinkering with on and off for 20 years.  He shared that in the musical they wanted to provide more context than the movie about Maude’s motivations, and said in the musical it’s like Maude is looking for some way to impart wisdom before being at peace enough to leave.

The Director is Jay Kaplan has been directing community theatre productions for 25 years. “I am always drawn to shows that might not be as well known and deal with diverse and interesting topics,” he told Oakland County Times in an interview. “Some of my favorite productions have included the musicals Side Show (which dealt with the Hilton Sisters, who were Siamese Twins), A Man of No Importance, Southern Comfort (which dealt with a chosen family of transgender friends), and the plays Casa (a summer resort of cross-dressing married men) and Night and Her Stars(the 1950’s quiz show scandal).”

In addition to cherishing the diverse stories that can be shared on a stage, when asked what he loves about theatre, Kaplan said “I love idea that is in real time, it’s live, and that the audience and the performers are breathing the same oxygen and that intimacy and connection is something that can’t replicated in other forms of entertainment.”

Kaplan interviewed Thalken on the stage, sharing that “The Real Thing is the song I kept thinking of when I was raking leaves.”

Jonas Annear, who played Harold, is a senior in high school who has already been in countless youth performances.  His next gig, according to the program, is “playing Will Shakespeare and designing the costumes for Seaholm’s production of Something Rotten.”

Maude is played by Linda Rabin Hammel who returns to Village Players stage after 25 years of sharing her acting skills elsewhere. Her last performance here was in The Dining Room in 1998.

Andrea Krass McDonald and Alonzo Luzod played several characters through the production, with a particularly amusing duet as Priest and Altar Boy, echoing each others’ woes.

Shondra Tipler also brought joy to the stage as Harold’s rich and patient mother whose main concern is not her son’s fascination with death, but in finding him a wife.

But beyond the chuckles of disrupting funerals and scaring of suitors, the message of Harold and Maude makes it’s way into the hearts of the audience members…

That we are alive, and we should enjoy it.

Harold and Maude the Musical runs through Jan 29 at Birmingham Village Players.  For more info and tickets visit https://birminghamvillageplayers.com/ 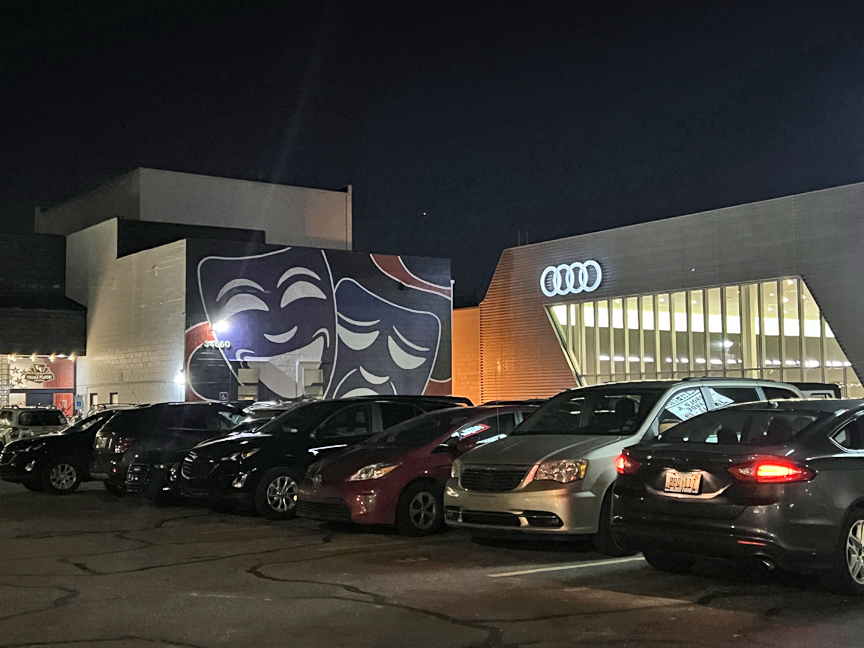 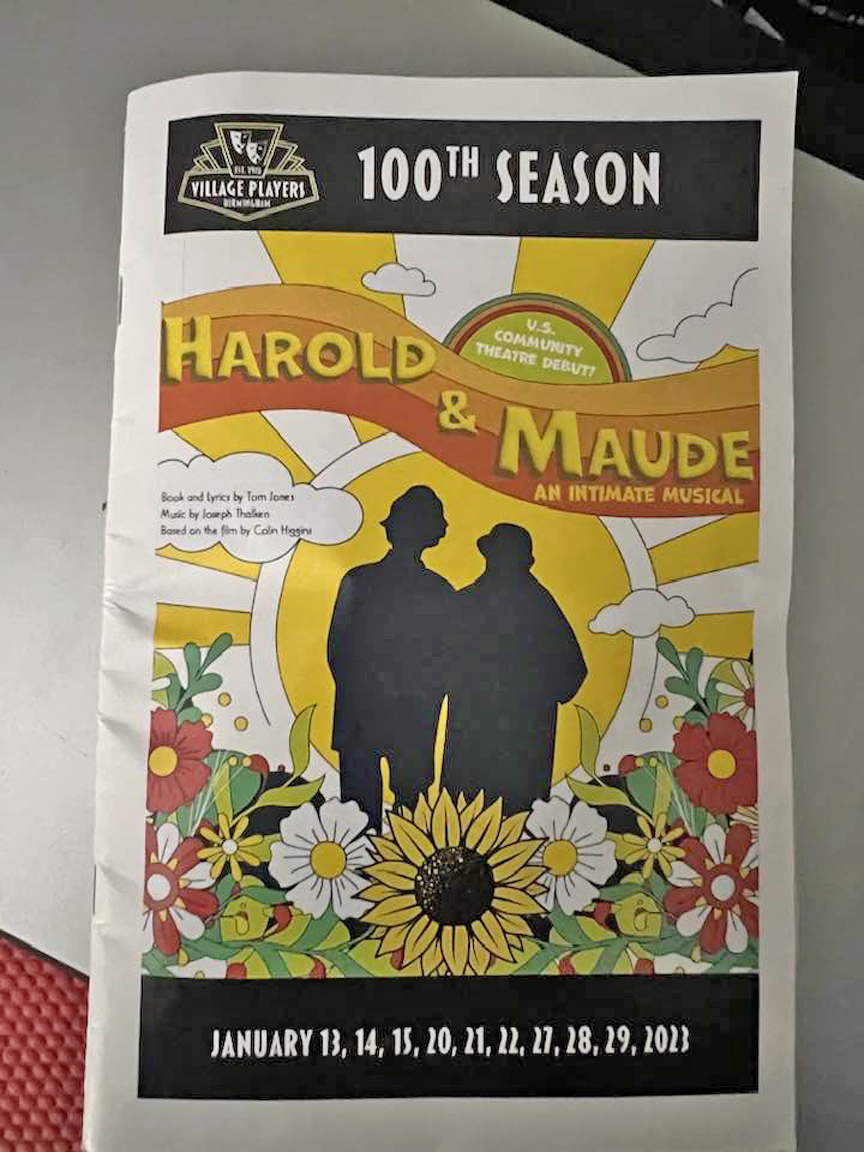 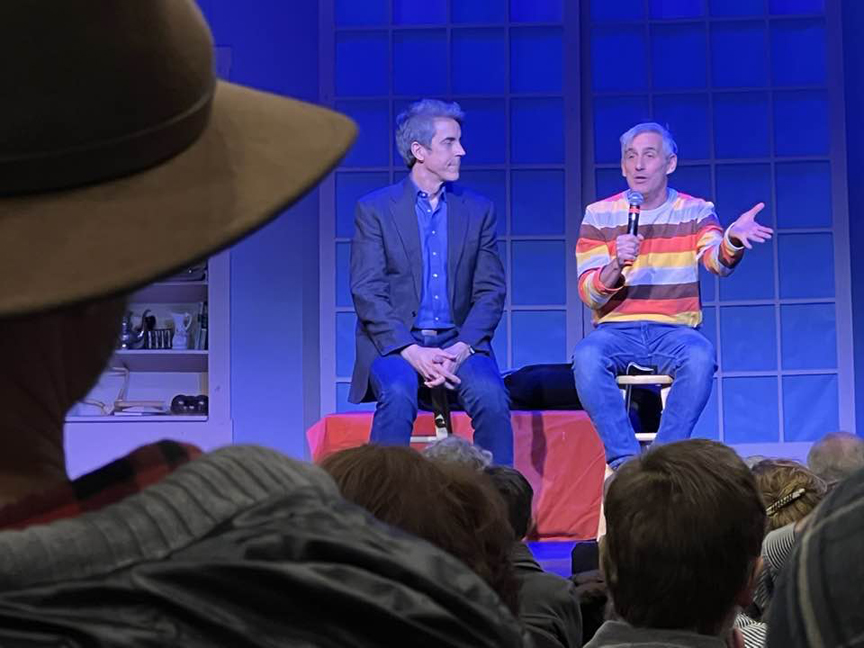 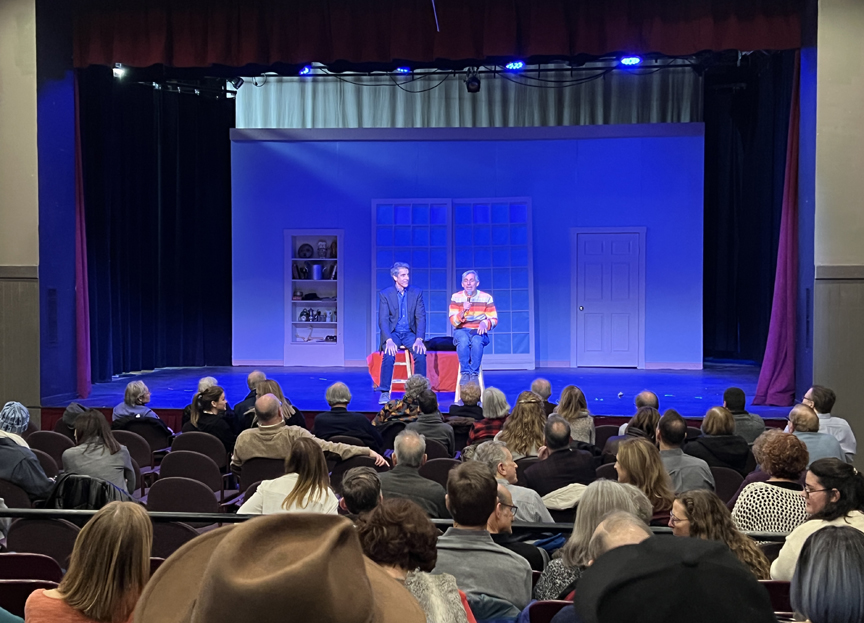 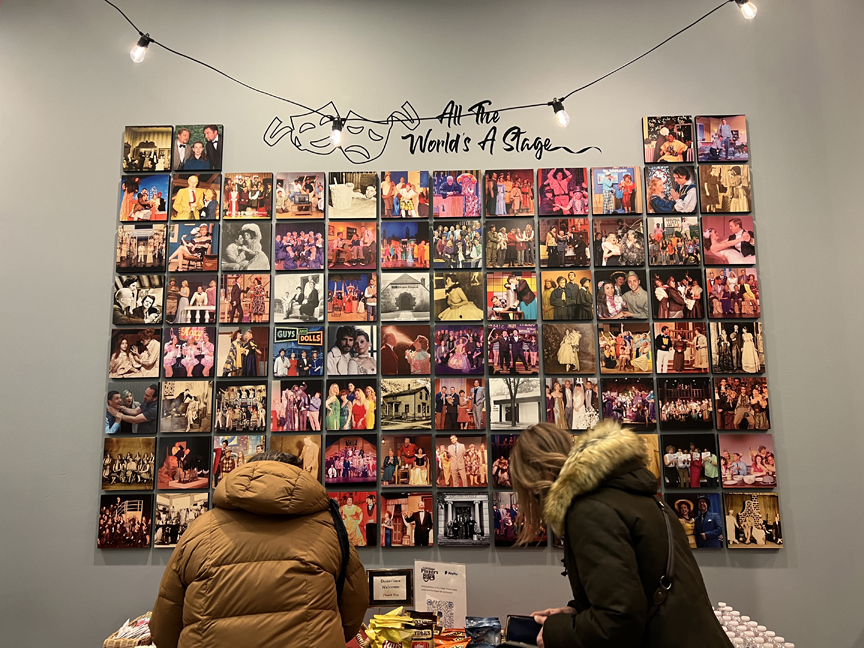 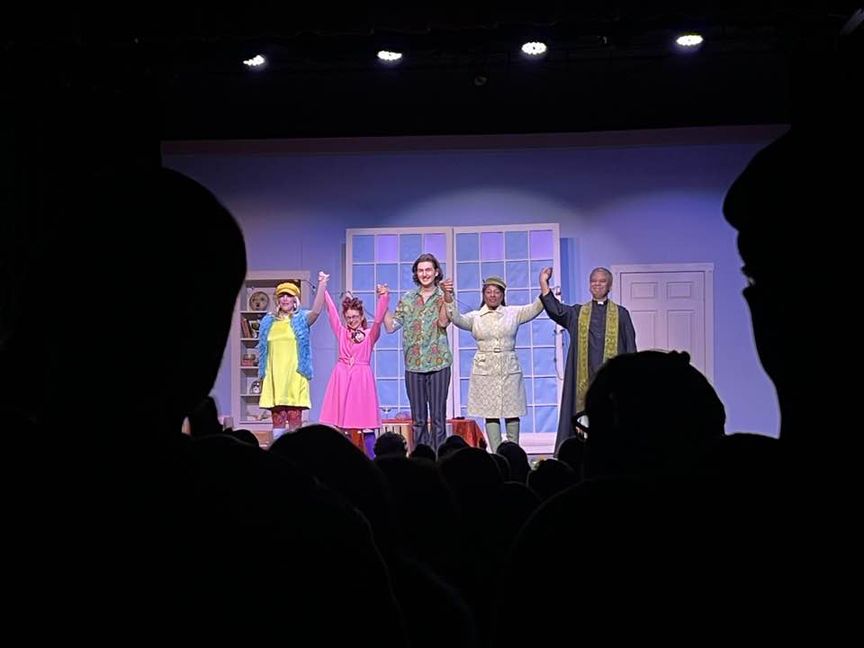