Data Shows Birth Rates Back on the Rise in Oakland County

Data Shows Birth Rates Back on the Rise in Oakland County

Oakland County, MI – Newly released 2021 vital statistics from the Michigan Department of Health and Human Services (MDHHS) reveal a slight increase in births and slight decrease in deaths for Oakland County compared to 2020.  These changes were just enough to turn 2020’s year of natural decrease (609 more deaths than births) back to the historical pattern of natural increase (482 more births than deaths). 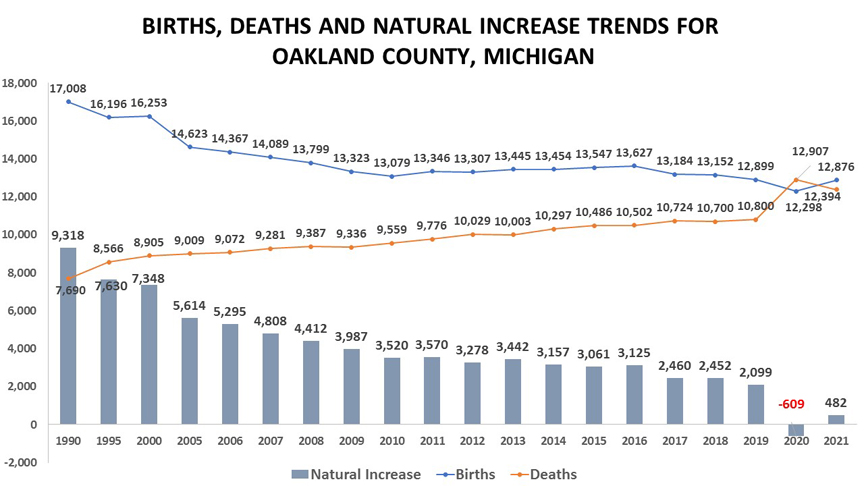 Figure 1 tracks births, deaths and natural increase from 1990 through 2021.  In 1990, the year with the highest number of births for the county, population growth due to natural increase was 9,318 residents.  An aging population, coupled with lower birth rates for women overall, had decreased the number of births by 24 percent between 1990 and 2019.  The 2021 total, while up from 2020, was still slightly below that of 2019.  Deaths during the same period had increased by 40.4 percent due to the aging population.  Deaths from COVID added close to 2,000 additional deaths in both 2020 and 2021.  This combination of factors resulted in a 77.5 percent drop in population growth due to natural increase.

While we can anticipate a slight growth in births in 2022, and a larger drop in deaths, natural increase should approach the 2,000 – 2,500 range we saw between 2017 and 2019.  Without continued in-migration – both domestic and international – of younger residents, natural increase will remain low and population growth will be rather small (Oakland County’s growth between 1990 and 2020 was only 0.2 percent!). 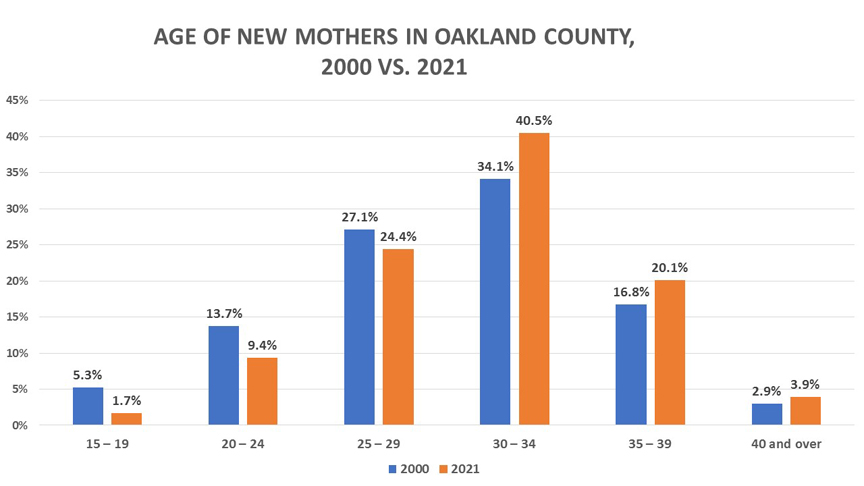 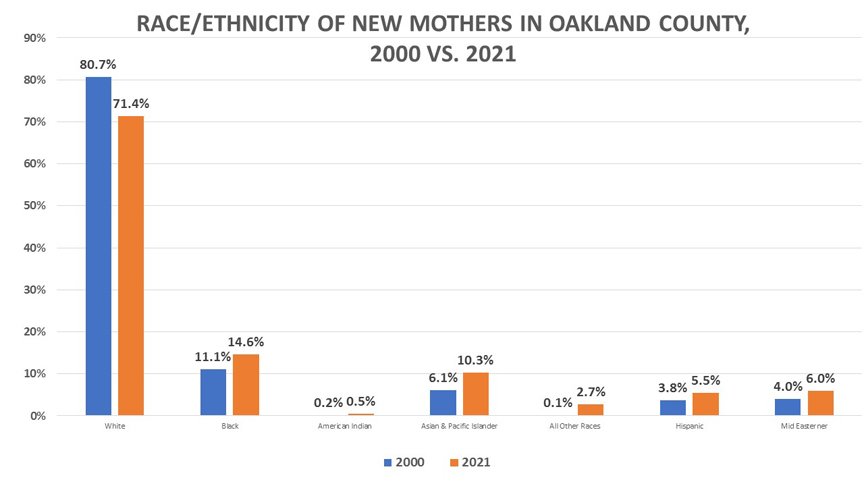 RACE/ETHNICITY – In 2000, 80.7 percent of birth mothers were white.  That share decreased to 71.4 percent in 2021, as all other race/ethnic groups increased share.  Mirroring their shares in the overall community, African Americans and Asian Americans ranked 2nd and 3rd in overall shares, and 2nd and 1st in percentage growth.