Lego Competition Brings Kids Together from Across the State

Lego Competition Brings Kids Together from Across the State
(Sam Gurwin, Jan. 5, 2023)
Who didn’t play with Lego blocks as as a child? Well they are still really getting popular with kids in Michigan school systems. The teaching of technology, community partnerships, global citizenry and fun merge in a fun-filled learning experience with friendly competitions culminating in state and world championships.The competition for Michigan was held Dec. 10 in Mason.
Lego teams are run by parents and other volunteers.  Building programmable vehicles is fun experience and almost all of the coaches for the teams mentioned the kids were playing with regular Legos before getting into the FIRST Lego Clubs.
Lego kits with wheels and gears can be programmed to go through a sequence of movements thereby performing functions. A movement of thought of teaching kids through Lego Robotics Kits has arisen- how to build, the concepts of teamwork, computer programming and such has the possibility of producing the Engineers and Problems solvers of Tech, Environmental and social issues of the future.
” I am so proud of them-they made it to State and to me they are heroes just for being here” said Walid, Coach of the Saline “Robo Sting” Team.
Its more then just Robotics they are teaching he kids. “They came in as Individuals to play and build Legos and are leaving as a team with camaraderie and a high respect for other teams, and just an eagerness to do better and better next year.”
The Teams have to use the parts that come in the kits say Coach Brian of the Grand Rapid’s West Side Christian School’s “Super Charged Long-Johns” Team. There are no specific vehicle designs.
This Reporter saw big and smaller vehicles used by the teams.

Ben Shoemaker, the Event Coordinator for the FIRST Lego Championship I & II this year, was super busy running this event. “FIRST is an international Organizational for Robotics Completions & The celebration of Science and Technology,” he said.  “The whole Goal of what we do is that we what Kids excited about learning- excited about STEM (Science, Technology, Engineering & Math) and to know they should work with each other as Team mates and here for other People to do their best”
This roughly 8 Hour Event is very organized and can be broken down into 2 areas. One side of the large Gym at Mason High School were 4 Competition tables with the required projects the Robotic Vehicles must move or cause an action to happen to devices like Windmills and such on the Table.
The Teams are aware of the necessary thing to be accomplished and have practice tables to use at the Event. The other side of the Gym are Projects Models and designs. The Kids show ideas that can help the World.
This year’s theme is Energy. For example the Saline Robo Sting built a Water Battery Storage Unit for their Project after learning that a lot of energy is wasted during the day and their project could store it. They spoke to Professionals in the field, including engineers and CEOs of energy-related companies. The kids were mostly excited but there were serious faces among the Competitors.
Coach Aaron from Saline with the “Robo Swarm” Team said his kids were excited and nervous. “They know it’s a State Competition so they have butterflies” Coach Kimberly of Albion was with her Harrington Elementary School Team with their Lego Robot “Carl” “They do Legos at home and this is the first year as a Robotic Team” These Vehicles built by the Kids took sometimes months to build and were usually named by the Teams. The Home Schooled Team of St. Joe, Coached by Jay of St. Joe, named their Robot “Bulldozer”. Coach Ed of Manchester is with the Ann Arbor “Huskies” Team and said it took several months to build the Robot. Even though their Team got a late start in organization- they still made it to this State Championship!

Troy Public Schools are moving ahead with their School Robotic Programs. We talked to the Coordinator for Troy, Srini Simhan.
The Troy Robotic Foundation was created to “handle all of the engaging opportunities relating to robotics” This Foundations also helps other Districts and Oakland County Lego Teams get support and also providing opportunities for Students.The schools will be adding tech centers to each school.
Srini is here as a Volunteer as State Organizational help. He runs the Troy Area but they all help each other out in the State Level Competitions.  Even if all of these top level volunteers come from different parts of the state, they have the same goal of sustainability for the Robotics Programs.
All the kids got a competition medal which they loved!
There were 8 categories of Trophies: Coach/Mentor; Robot Performance; Breakthrough; Rising Star; Robot Design; Innovation Project; Core Values & Champion. The Saline “Robo Swarm” won this first of three State Championships. This was a great and fun event with a community theme, with fun, teamwork and future problem-solving. And it all started with Legos!

For more things to do, visit the Oakland County Times Event Page!

Thank you to Jim Shaffer & Associates Realtors for sponsoring this section! 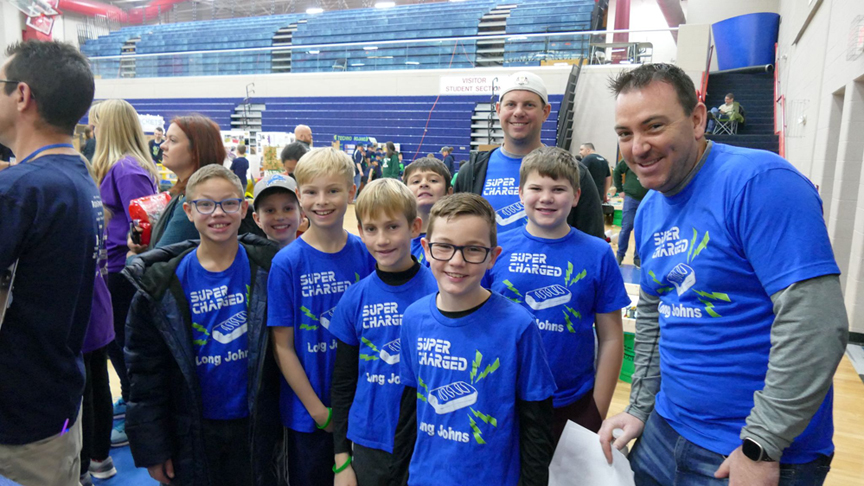 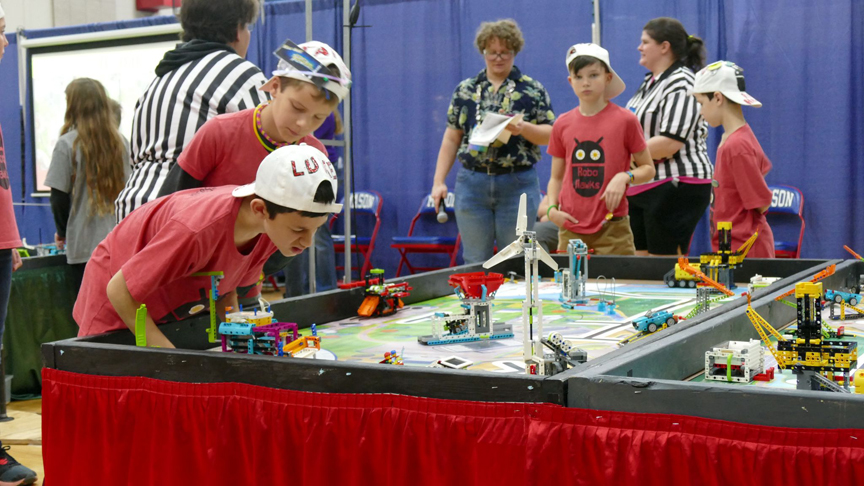 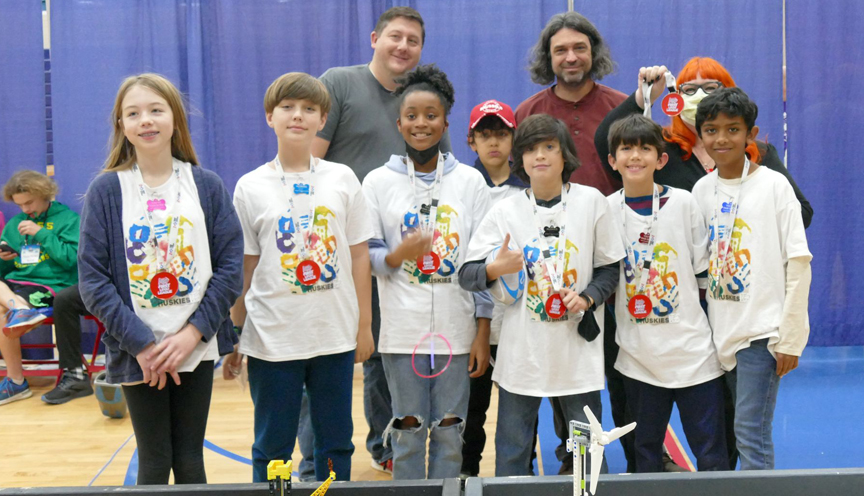 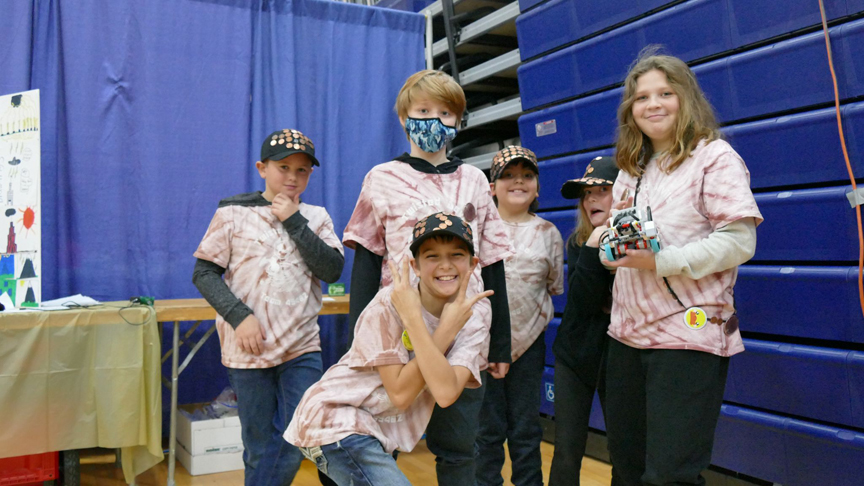 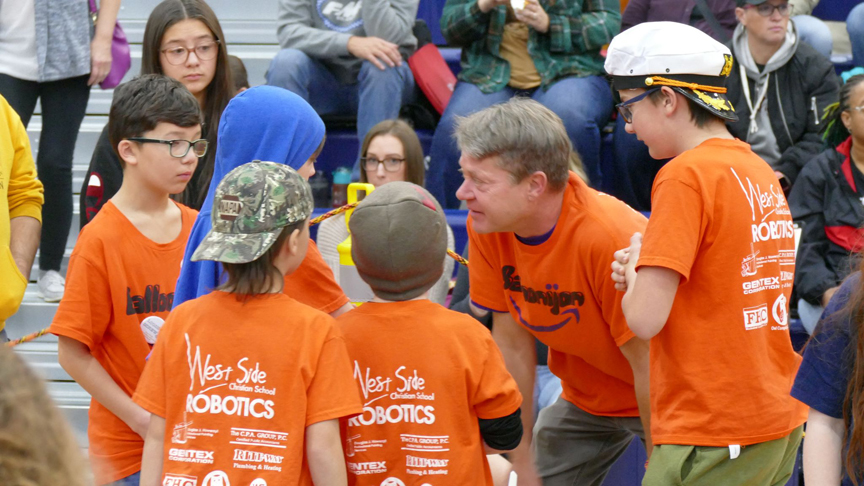 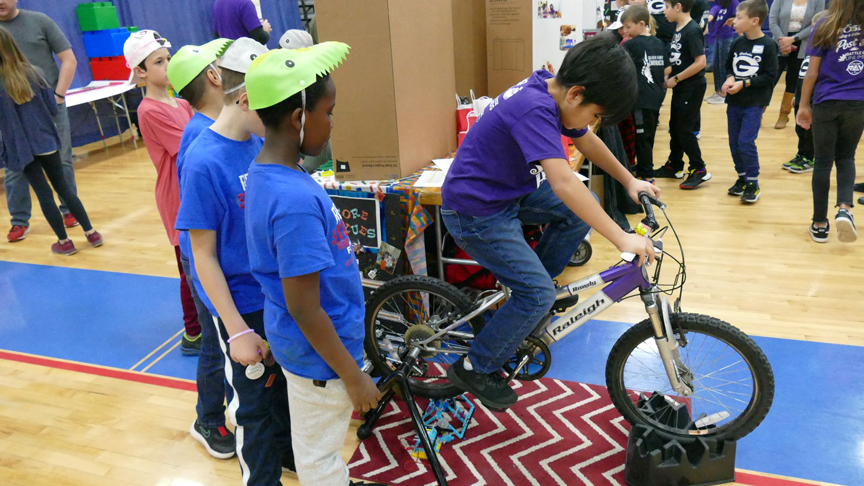 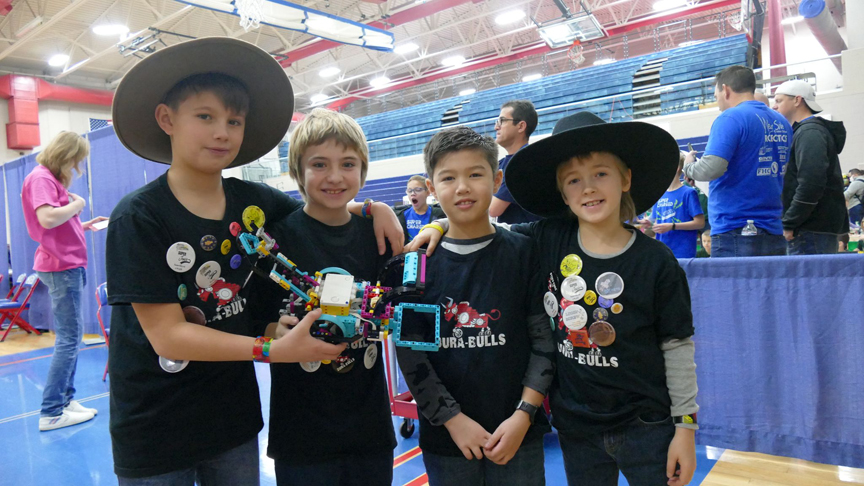 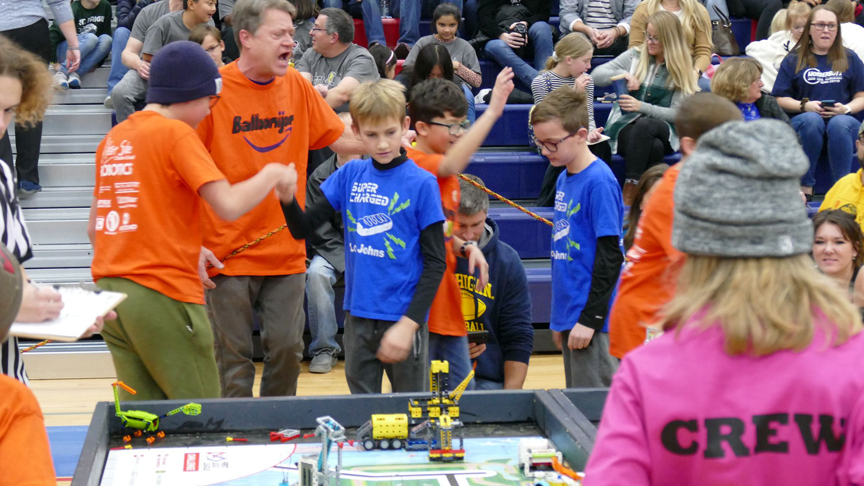 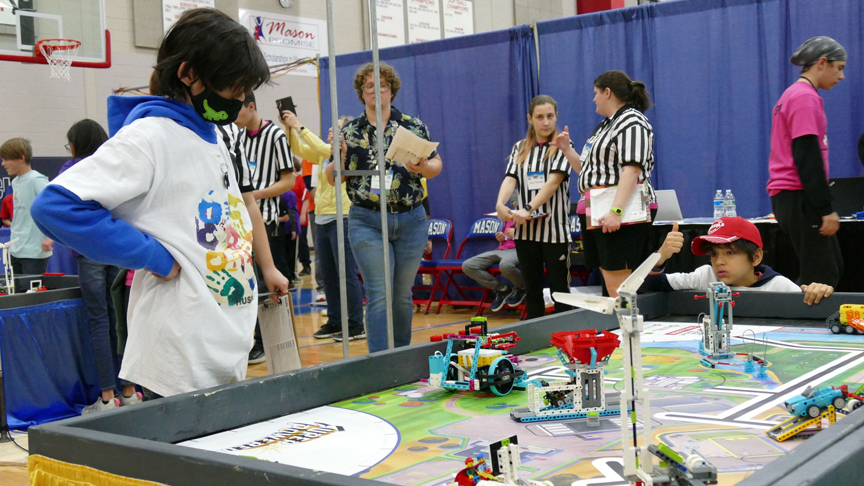 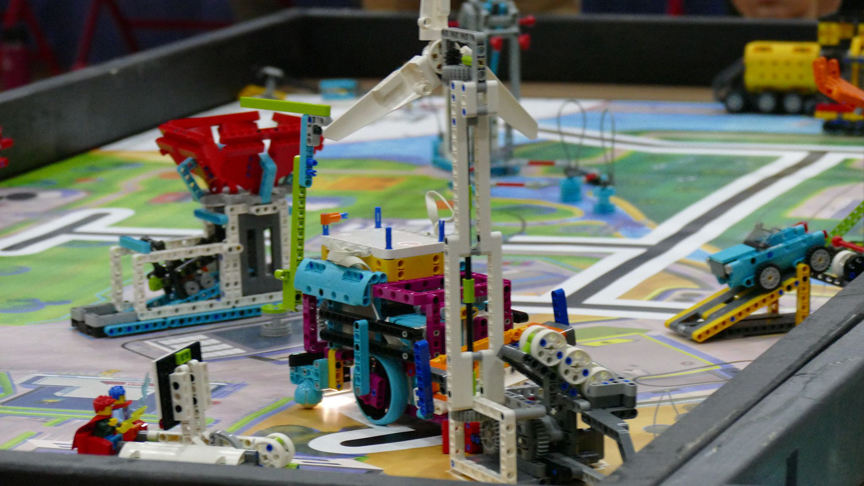 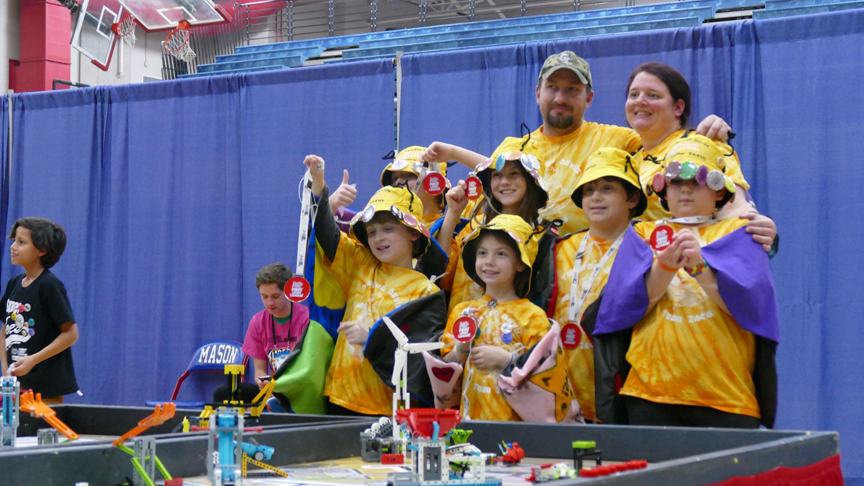