Macho Clause and Friends Come Through for Kids at Christmas

Macho Clause and Friends Come Through for Kids at Christmas

Chisholm said every Christmas he would do something to help a local family, and that particular year he was shopping for a child who asked for Fortnite characters. Not knowing which to buy, he posted a message on Facebook asking parents what characters their kids liked best.

Soon enough, he was receiving message after message from parents asking if he needed money to buy the gifts, or if he knew of another family they could help support.

“I just figured, well, the universe is knocking on my brain saying, ‘Do something,’” Chisholm said. “So instead of being a middle-aged white guy and going, ‘Let’s go Christmas shopping,’ I figured, let me make up something that people can rally around.”

Being an avid wrestling fan, Chisholm decided to become Macho Clause in honor of one of his favorite wrestlers, Macho Man Randy Savage. 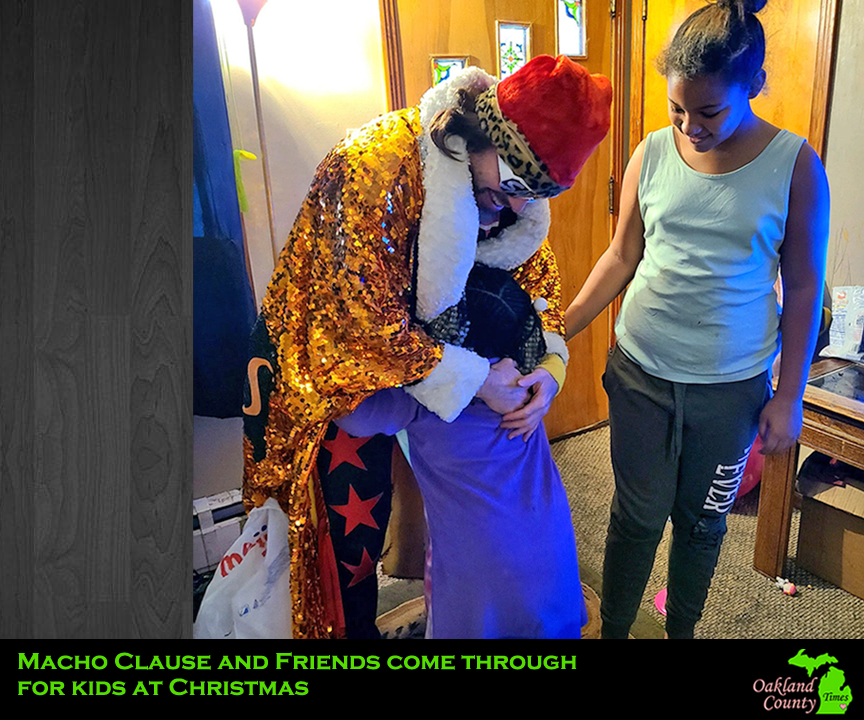 Chisholm was soon introduced to Lori MacFarlane, now known as Mac Claus, who works with local agencies such as Secondhand Rose, Goodfellows, Turning Point, Mount Clemens Foster Closet and word of mouth to find families and children in need of some extra help for Christmas.

Community members quickly rallied around the cause, forming a “small army” that Chisholm calls, “The Macho Corps.” The group is entirely volunteer-based, and uses monetary donations and their own money to shop for and wrap gifts for children right from their wish lists.

“We just keep going until our money’s gone, or Christmas hits,” Chisholm said. Kids are in both Oakland and Macomb Counties.

For the first few years of Macho Clause, teams of drivers delivered all of the gifts to families on Christmas Eve.

As there was such an increase in families last year, the Rusty Nail Bar in Clinton Township became a pick-up location during the week leading up to Christmas.

Chisholm said one of the most important things about being Macho Clause is making sure those receiving the gifts know how loved and appreciated they are.

“One of my catchphrases is, ‘Know you are loved,’” Chisholm said.

“That’s the last thing my mom said to us before she passed away, and so I use that as an inspiration…I want families, especially kids, to know that they are loved.”

He said being Macho Clause has given him an opportunity to show children that it’s real people that care and make Christmas magical.

As the organization has continued to grow over the years, Chisholm said he’s drafting paperwork in hopes to turn it into a nonprofit by next holiday season. 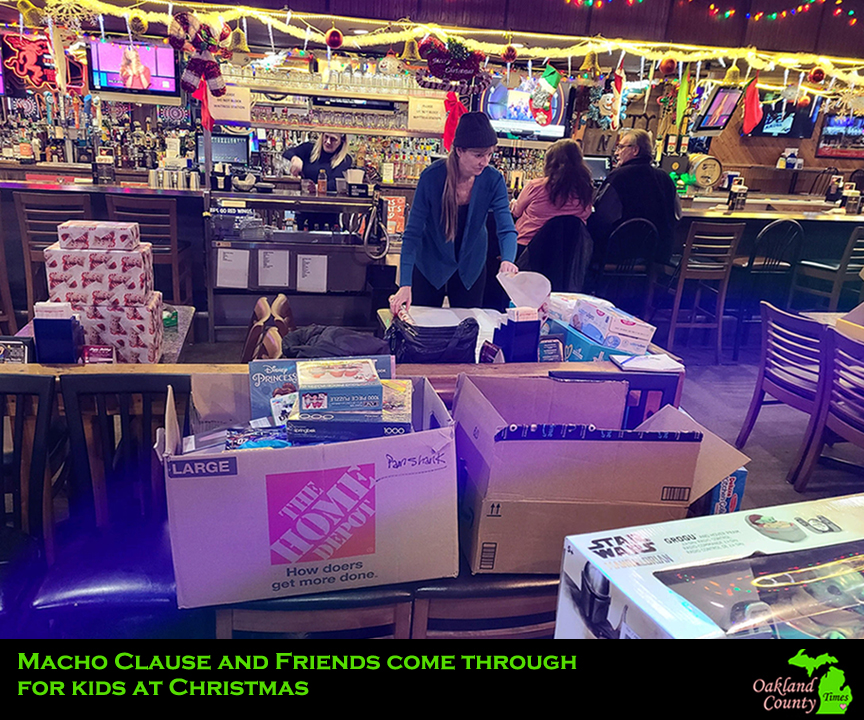 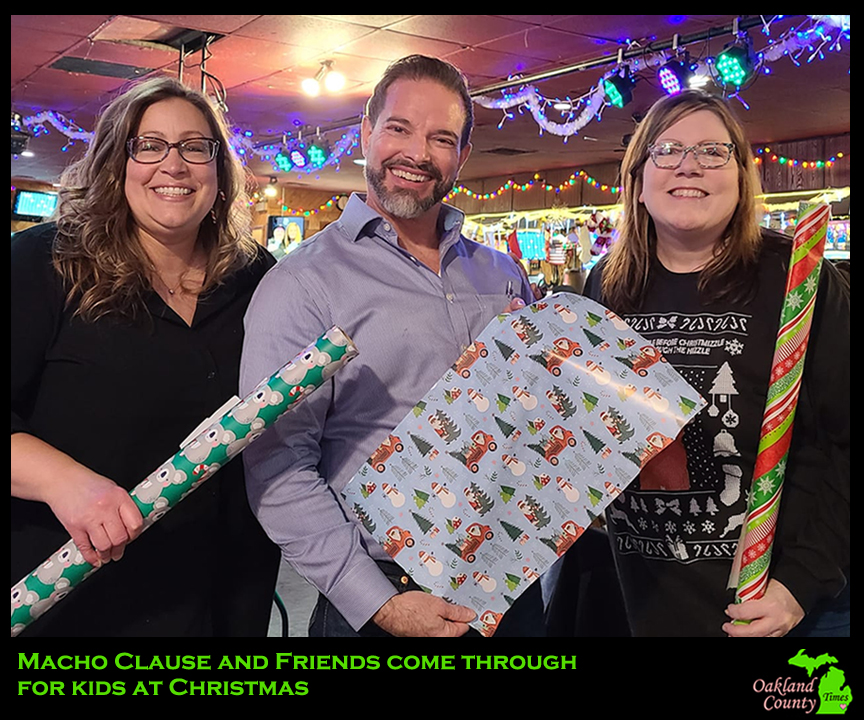 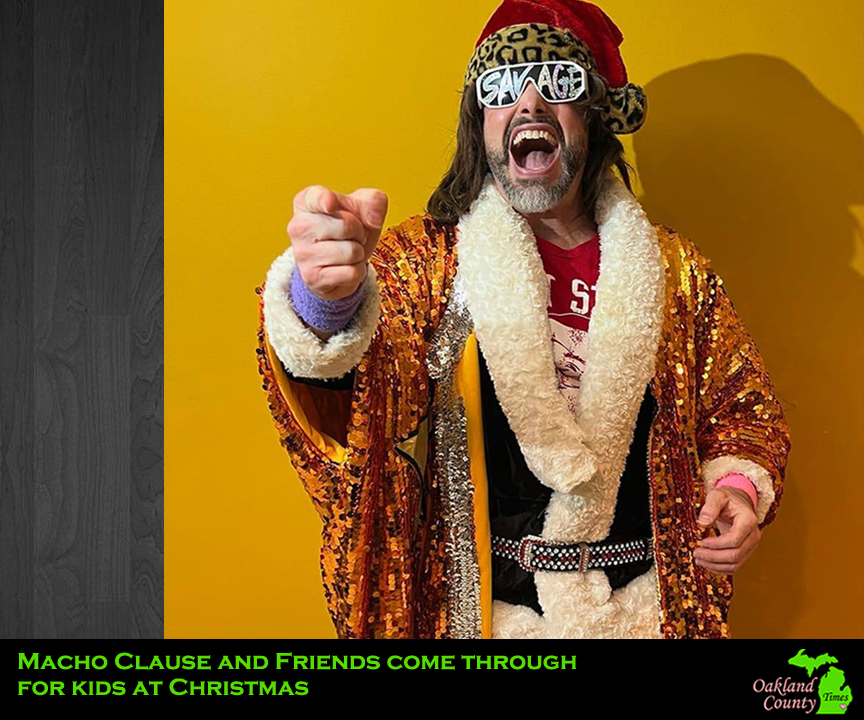 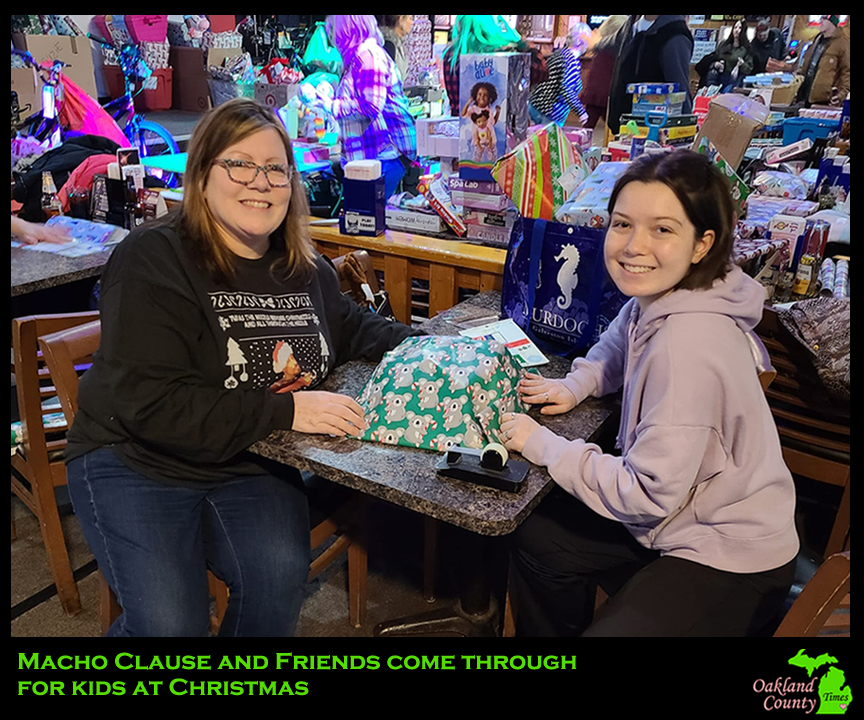 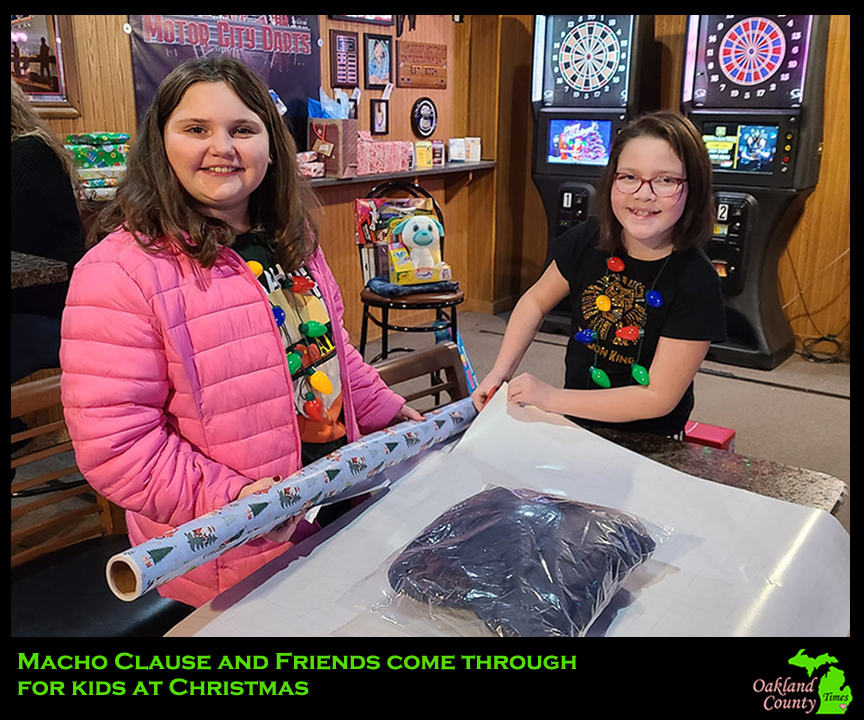 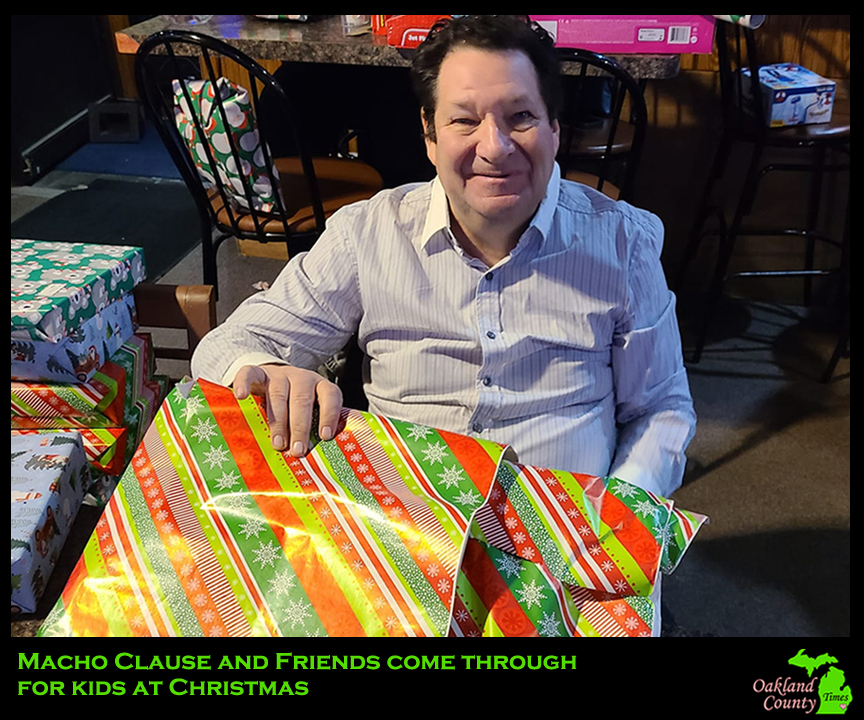 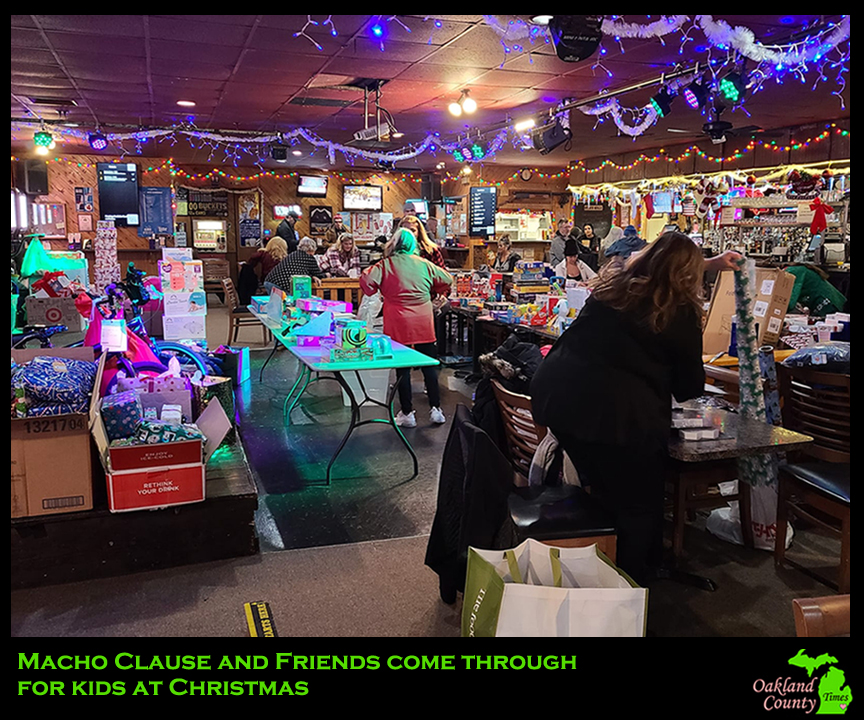 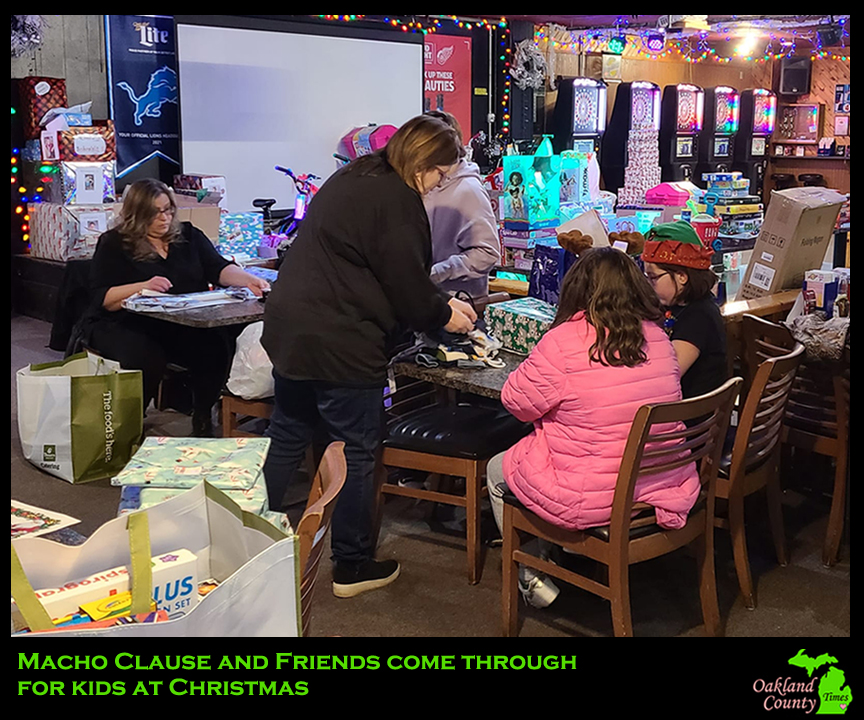 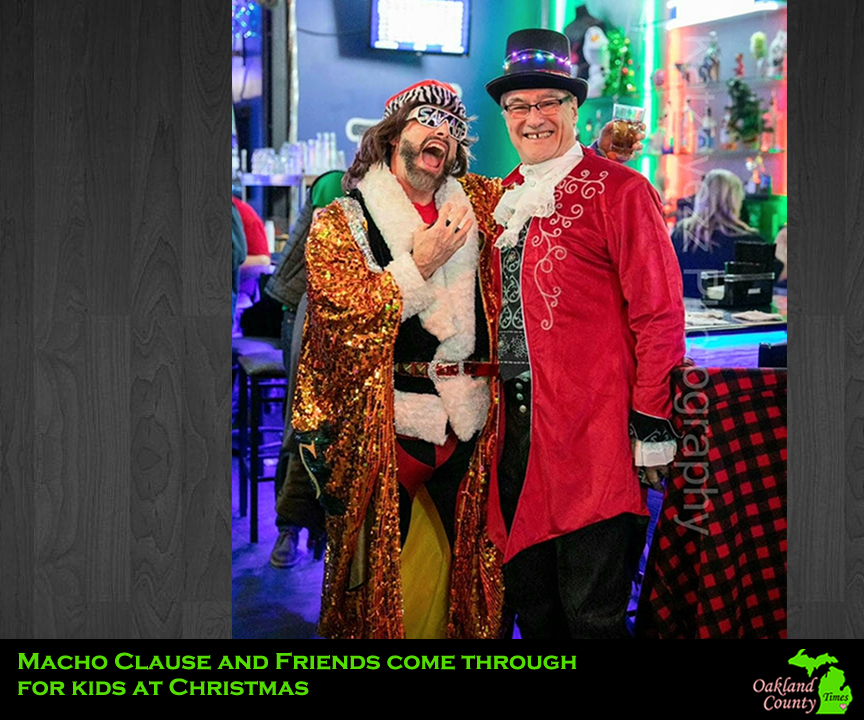