Ferndale, MI – A vehicle was destroyed in an early morning fire Sunday.  The Porsche was in the alley behind East Drayton when the fire was called in to the Ferndale Fire Department.

According to Fire Chief Teresa Robinson, ” At 2:48 AM the fire department was dispatched to a reported car fire on East Drayton Avenue in Ferndale. Upon arrival they found a Porsche completely engulfed in flames behind a residence. Owner was on scene, but was not injured. It is unknown if anyone was near the car when the fire started, and the cause is under investigation. Detached adjacent garages sustained minor exterior damage from the fire.”

Neighbor Sonya Mastick was awoken by the sound of explosions, most likely the tires blowing in the heat.  She watched through the window as firefighters tackled the blaze.  Her garage was among those that were damaged in the fire.

Anyone who may have information about the cause of the fire can contact the Ferndale Fire Department’s non-emergency line at 248-546-2510. 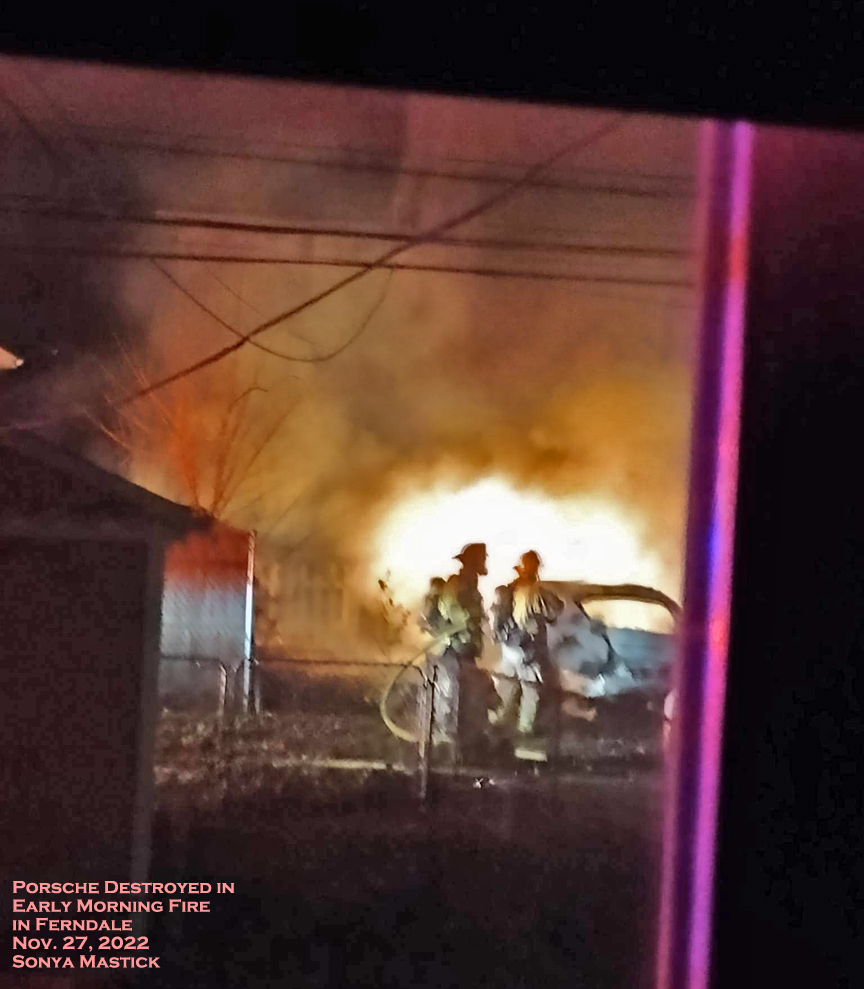