A quick look at community results (see the 2 charts for details – one for townships, the other for cities), shows a fairly similar turnout pattern to previous elections.  At the top of the heap is Novi township at 84.4 percent.  While impressive, one must understand that there are only 135 registered voters in the township, meaning that turnout pressure is rather high and personal.  Moving to communities with more than 1,000 registered voters, we have the perennial winners – Huntington Woods at 79.1 and Pleasant Ridge following behind at 76.0 percent.  Seven other communities (5 cities and 2 townships) surpassed the 70 percent threshold. 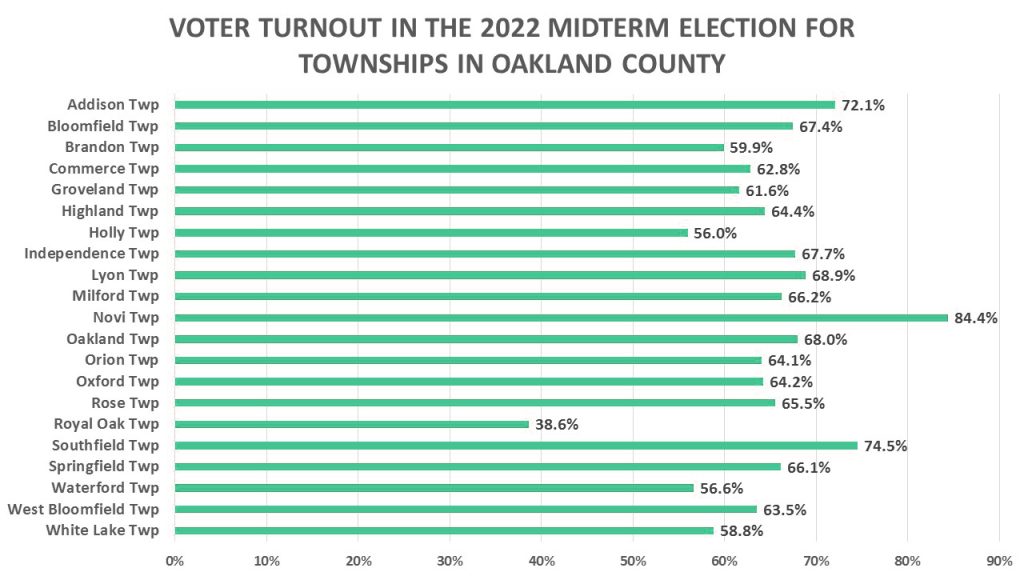 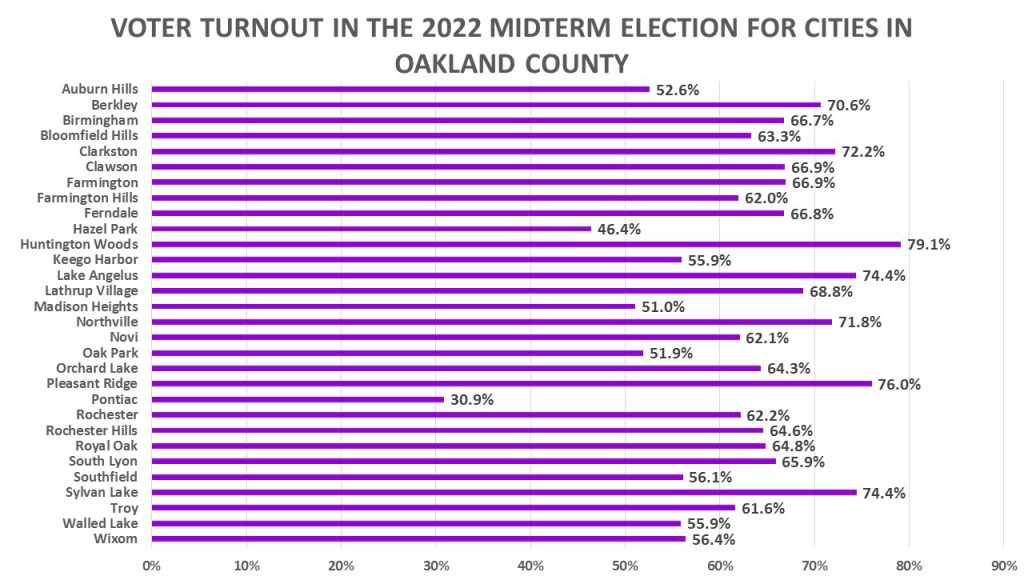 The bottom tier of turnout communities was also quite familiar to past elections.  Pontiac, at 30.9 percent, once again had the lowest turnout, followed by Royal Oak township (38.6) and Hazel Park (46.4).  All other jurisdictions had turnouts exceeding 50 percent.

For more stories about voter turnout and other interesting numbers, visit the Data-Based Stories Archives on Oakland County Times. Thanks to Data Expert Kurt Metzger for this work! And thank you to the Pontiac Community Foundation for sponsoring our candidate interview series.