Symone has a passion for politics that started when she was young.  She shared that when she was 15 or 16 years old, she got business cards with her mission in life printed on the back of them.  “Creating positive change in my local and national community,” they said.

And in the 16 or so years since, Sanders-Townsend has served as national press secretary for Democratic Presidential candidate Bernie Sanders in his 2016 campaign, and worked as a political commentator for CNN.  She was a senior advisor for Joe Biden during the 2020 campaign, and then became chief spokesperson and senior advisor for VP Kamala Harris.  She now has her own show on MSNBC, called Symone.

Both Chamberlain-Creanga and Walton have histories of creating change as well.

“Sometimes I feel pulled in lots of directions, and other places I want to be.  But I am a person of faith and I believe this is where I’m called,” Chamberlain-Creanga said of her role on City Council.  “Local government is where you really help people.”

Walton brings her passion to the table as City Manager of Eastpointe.  “I was appointed as a 29 year old woman of color, and that’s not the normal appointment to make,” she said.

Ensuring that multiple, diverse voices are heard has been an essential focus for all three of the women on the stage.  And while people often associate activism with marches and protests, the bigger part of creating change, Symone said, is having people willing to do the work.

“Public service is the most thankless role,” she said.  “It is tireless.  But it is absolutely necessary.”

And while people are familiar with equity and inclusion in human resources, in hosting diverse events, and proclamations for various causes, the work of including others is also vital in the more mundane aspects of local governance – like zoning.

In Eastpointe Walton and city leaders have been going through an eight month process of reviewing and revising zoning in the city to help attract small businesses and development.  Sometimes in communities this is done with city leaders shaping the ordinances based on their own perspectives.  But in Eastpointe Walton has made sure to seek broad input and ideas.

“A big piece of what we’re doing is community engagement,” she said.  “We’re bringing people together to see what it is they want to see.”

The pandemic gave Eastpointe, and other towns, “a restart,” Walton said.  During the pandemic she and co-workers made it a point to order lunch from different restaurants in the city, enjoying a variety of food and talking with owners about their needs and ideas.  Knowing that local restaurants are a place for people to connect and talk about local issues, the tradition continues of visiting different establishments to keep a pulse on what diverse segments of the community have on their minds.

The panelists discussed other ways of connecting with stakeholders, including supporting local businesses, visiting a variety of places of worship, and even at city hall they can connect with people waiting in line to pay their water bills.  Wherever the setting, the key point has been listening – and not just to the loudest or closest voices.

“Community engagement is the most misunderstood [concept],” said Troy’s Chamberlain-Creanga.  “A squeaky wheel might make a lot of noise, and you respond to that.  Maybe you make a policy in response.  But true community engagement is thinking of how to involve all groups.  You need to stop and think, who all is connected, and who aren’t you looking at and including.”

In Troy there are efforts like the Global Troy Advisory Committee and International Day, which brings together many of the diverse groups that live in the community to share parts of their culture with each other.  Chamberlain-Creanga is also advocating for a Diversity and Inclusion Plan.

Those are among the things that drive her to stay in public service.  “This is a field where you will see the changes happen all around you,” she said.

Across Michigan, and across the country, the work being done to bring multiple voices to the table is not just about marches and protests people see on the news, but the town-by-town efforts of people like Walton and Chamberlain-Creanga.

Sanders-Townsend recalled when she was working in the White House during the pandemic, and there were many meetings with activists and organizers over Zoom.  During that time she only engaged in person with a limited number of staff, but the calls with people across the country were a constant reminder that their decisions and actions would impact many more.

Because those changes, like zoning and where to invest funding etc, impact so many, it’s important that even on local levels officials take the time to listen, and to recruit others to help.  “You are the chosen representatives to go out and bring people in,” Symone said.

Sanders-Townsend also urged the officials in the room to be bold in trying new things and not just going with the status quo. “How do we create change inn our community?  If you are comfortable with your answer, then you’re not doing the work,” she said.  “The things that haven’t been done are the things we need to do.”

This article is part of a series about the Michigan Municipal League’s 2022 Convention that took place in Muskegon Oct. 19-21.  We will be sharing articles from the convention over the next few weeks to help readers better understand the issues local governments face. If you aren’t already on our list for Daily Headlines, please sign up HERE so you won’t miss any of this exciting and informative series! Find other MML related articles HERE.
For more on Michigan Municipal League, check out their website at http://www.mml.org. 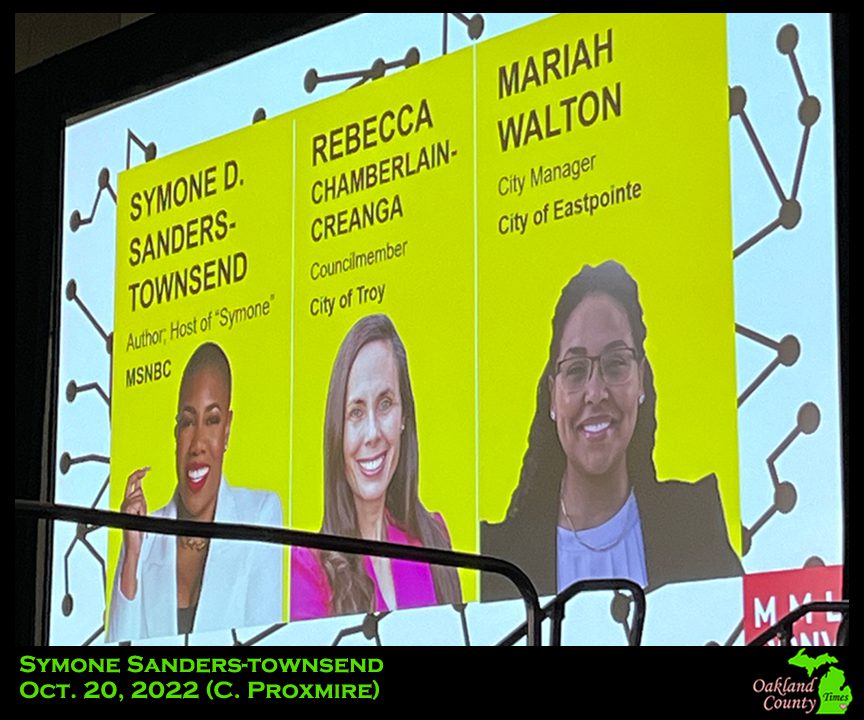 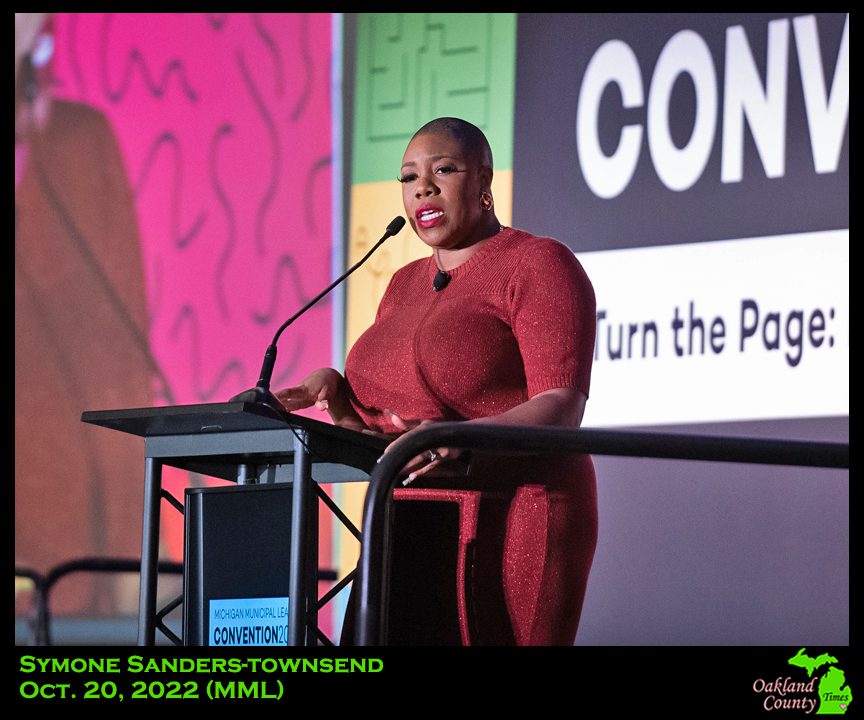