Oakland County, MI – The Census Bureau released its first set of population estimates (5/26/22) for cities, villages and townships since the 2020 Census numbers were released last year.

The July 1, 2021 estimates have only 11 Oakland County communities gaining population; one showing no change; and, 49 that experienced population loss.

If you want to explore the new estimates in greater detail, go to https://www.census.gov/programs-surveys/popest/data/tables.html 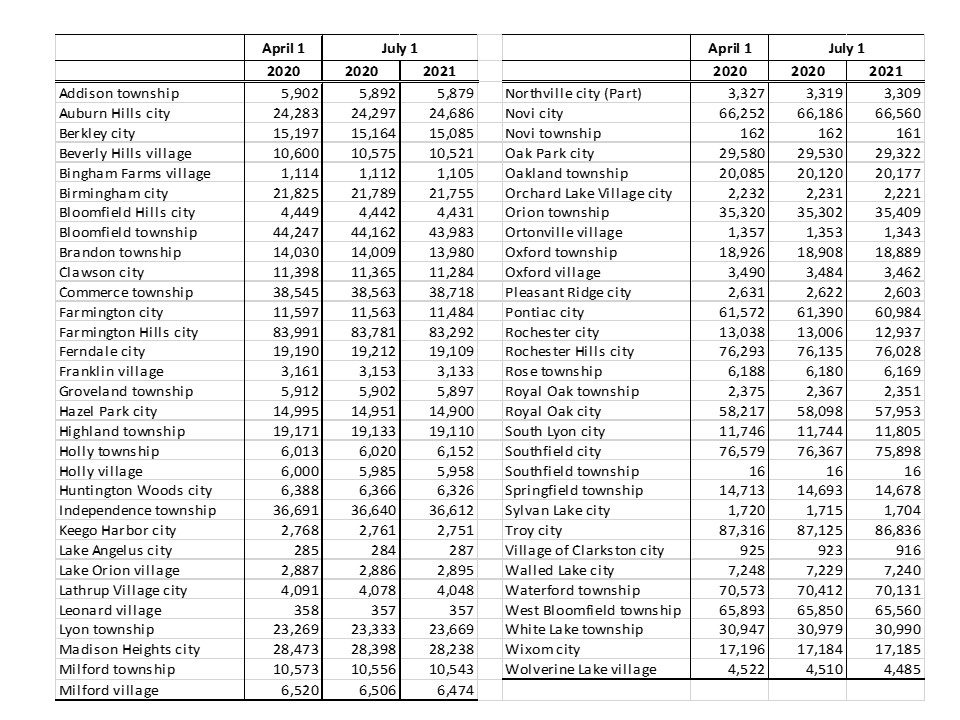