Pontiac, MI – In November voters in Pontiac made a clean sweep of City Hall by electing a new mayor and all-new City Council members. Mayor Tim Greimel and his Transition Team held a meeting Saturday at Woodside Church to update the public on the progress and problems they’ve been working on in their first 100 days, as well as to get feedback from residents about their priorities.

Tameka Ramsey and Dustin McClellan joined Greimel in giving updates.  “Normally in transitional periods there’s an opportunity to be in earlier while the previous administration is in office,” McClellan said.  “We didn’t have that opportunity. So our transition team began its work at the end of December and really got started January 4 when Mayor Greimel took office.”

In spite of the lack of access, however, Ramsey told the crowd that Greimel and his team have been working on what they could, including the Transition Team Workplan.  The plan includes sections on Good Governance and Human Resources, Parks and Recreation (Youth and Seniors), Neighborhood Safety and Infrastructure, Education Economic and Workforce Development and SMART Metrics.

Following the speeches, residents divided into groups to work through sections of the plan – giving their feedback and ideas. 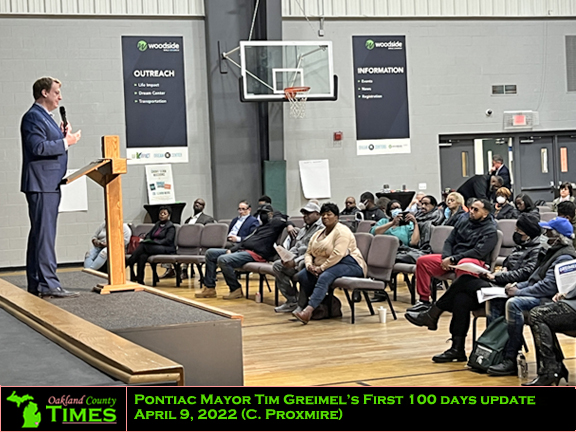 “A lot of times people say, well we can change this.  But there are policies, processes, and ordinances that don’t allow change to happen right away,” Ramsey said.  “And the work is really hard.  Sometimes you go into situations not knowing what you’re really walking into, while making sure the public has full transparency. …So how can you tell the public things you don’t know yourself?  But this administration has done everything it can in this last 100 days to be as truthful and transparent with the public as they can.”

One challenge has been starting fresh governance while in the middle of the fiscal year.  “We haven’t had the opportunity yet to shape our own budget, but we wanted to make sure that we were operating in the confines of the budget that was already passed,” Mayor Greimel said.  He explained that some of the city’s spending hadn’t been in line with the budget and one of the important tasks was to correct that.

Another task has been to work with employees to make sure they are doing the jobs they were hired for.  “We walked into a situation where there were lots of positions that were vacant at City Hall,” he said.  “There were lots of positions that have been filled for various job titles and job descriptions where the people were specifically told not to do that work and to do other work.”  In addition to filling positions and getting people back on the appropriate tasks, Greimel is also restructuring departments to make them more user-friendly, and to lift city employee morale. 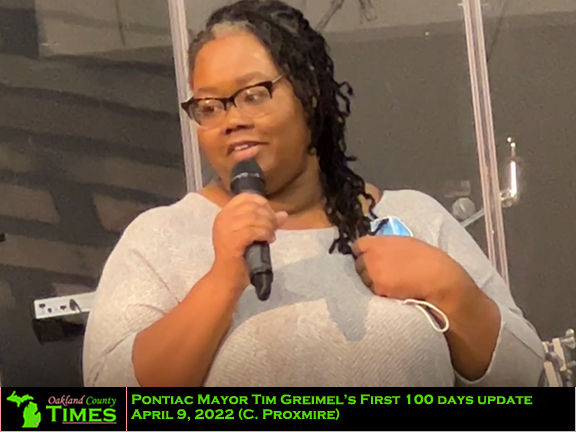 “There’s been a lot of challenges at City Hall over the course of the past eight years or more, really going back to the Emergency Manager days, and we want to make sure that our employees, our staff, at City Hall all know that they are valued,” Greimel said.  This means not only holding team members accountable, but taking the time to listen to them and incorporate their suggestions.

Changing the mindset of City Hall is also important to the Mayor and his team. Instead of being dismissive to members of the public, including residents and businesses, the goal is to be helpful.  “The answer,” he said “is never no, you can’t do that.  But, well you don’t meet the requirements, but this is how you do meet the requirements… We want to make sure that we’re explaining to folks what the pathway is to actually getting things done…. We need to facilitate a pathway to yes.”

Greimel addressed several priority areas, including the need to build a Parks and Recreation department that would serve all residents including youth and seniors with programming and facilities.  Council is also working on an ordinance that would allow businesses and groups to “Adopt a Park,” and take pride in helping fix up and maintain a part of the city that hasn’t gotten the attention it deserves.

One big expenditure that Greimel put a stop to was renting out a building on Golf Drive for recreation that was not being adequately used and was costing the city $26,000 per month to rent.  The previous City Council had actually passed a resolution prohibiting that expenditure and the previous Mayor had continued to spend the money in spite of Council’s demand.

“When we took office we ended that lease immediately and cleared out of there by the end of January,” Greimel said. They are now partnering with the school district and United Wholesale Mortgage to provide youth enrichment activities including sports and arts programs. The ultimate goal is a revamping of recreation services that will include centralized locations for youth and senior programming that is accessible by transit.  They are exploring potential locations and hope to have a specific plan to council in June. 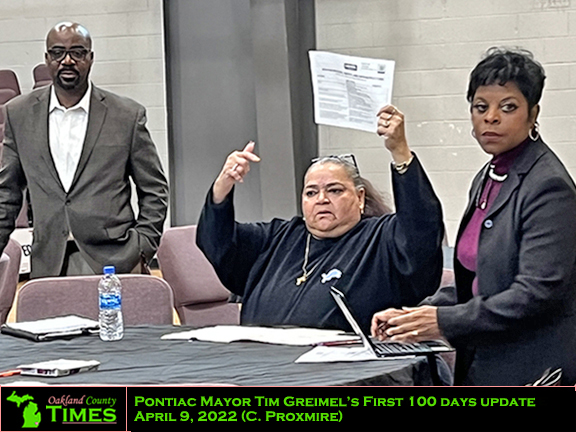 Roads are also a big issue, with springtime patching already in progress and planning for road projects that will happen in the coming years.  The Mayor noted that road projects take 2-3 years for planning, but there are some in the works.

Making improvements does have a cost.  “We know we are not going to be able to rebuild our city as quickly as we need to if we rely solely on city tax revenue,” he said. That’s why going after grant money has been a priority from day one, with millions in the pipeline for projects such as senior center funding.

Another big task is working with Oakland County to bring back administration of Community Block Grant dollars back in house. Due to decisions made while the city was in Emergency Financial Management, Oakland County is tasked with divvying up Pontiac’s funding, whereas most municipalities control their own. Greimel said the County is amicable to the idea and they are going through the process to make that change, including making sure they have the proper staff to manage it as well as getting approval from HUD.

Other priorities include establishing a workforce development program specifically for Pontiac residents, connecting the Clinton River Trail through the city, hiring staff for communications and to help the public navigate the departments and processes of City Hall, and addressing violence in the community.  The website www.PontiacTransition.com has more specific information about the tasks at hand, as well as ways for people who care about Pontiac to get involved.

And they wanted to make clear that everyone is welcome and invited to get involved.

“You can come as you are,” Ramsey said.  “Tim is not asking you to come dressed in a suit, or having a certain education level.  He understands that this city is diverse, and he wants everybody to be a part of it.”  To that end, the City is producing more documents in Spanish as well as taking into consideration the reading levels of all communications to make sure that working with Pontiac City Hall is easy for everyone. There have already been several town halls on various topics – with more to come.

For those who want to help, there are boards and commissions that need volunteers, as well as other ways to get involved.  Learn more at the City of Pontiac website.

Find more local news at the Oakland County Times Pontiac News Page, including video interviews with candidates for the Pontiac Charter Commission election on May 3.

If you value the work we do here at Oakland County Times, please:

Buy Advertising on this site 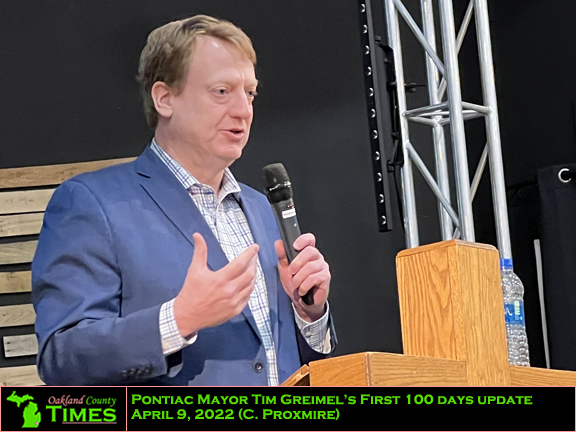 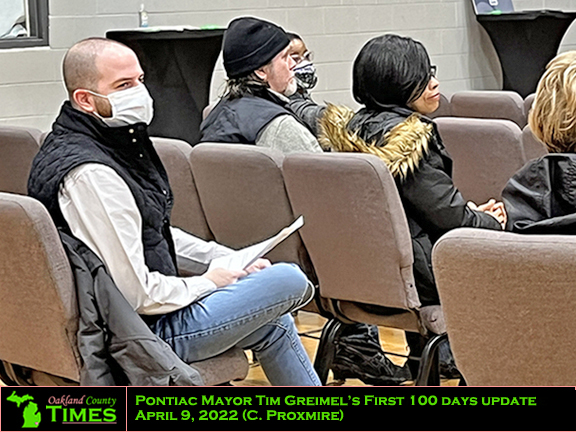 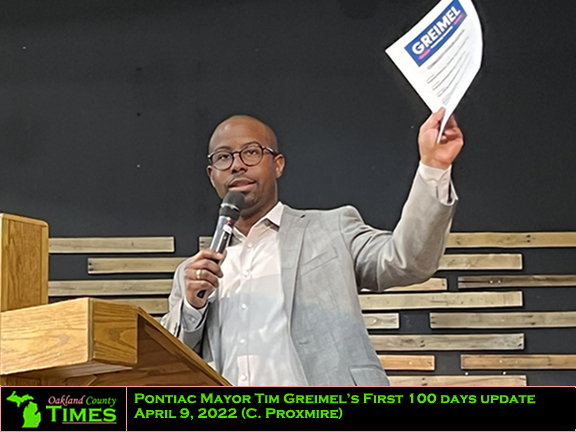 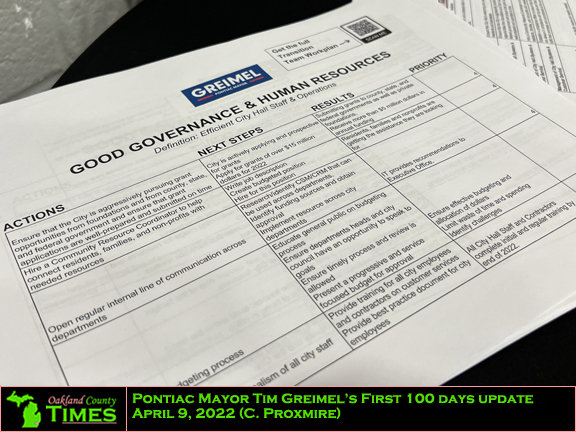 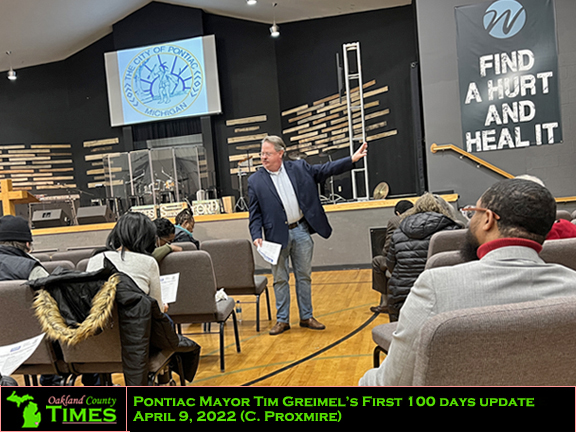 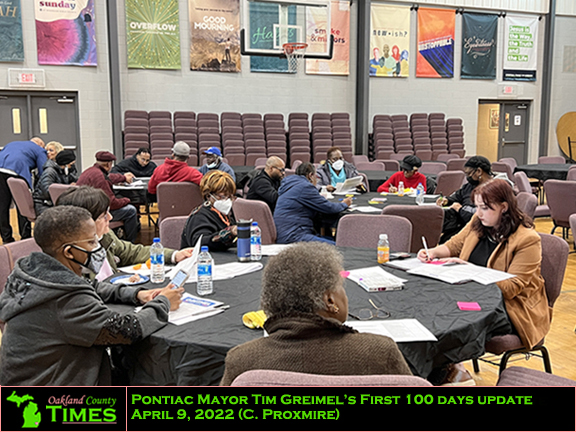 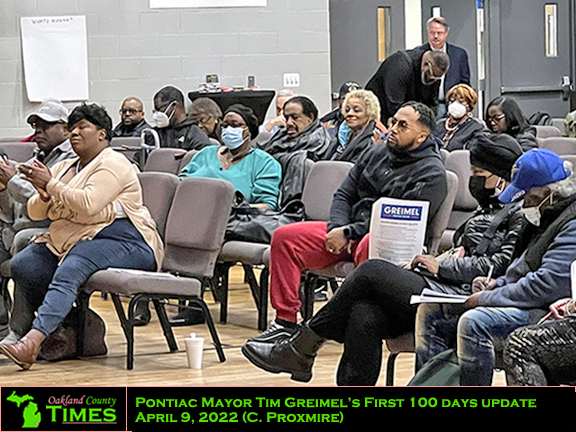 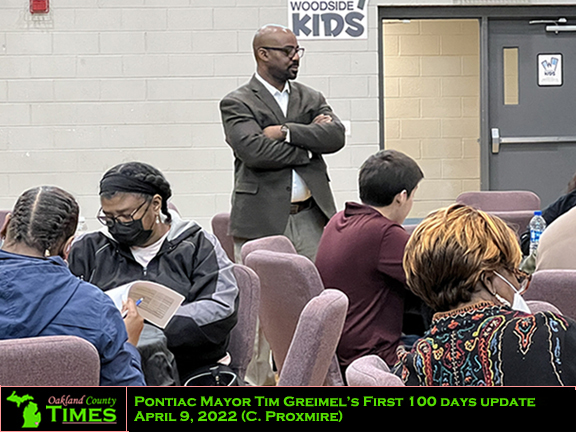