Extensive Damage Due to Tanker Means I-75 Construction, Lane Closures

Extensive Damage Due to Tanker Means I-75 Construction, Lane Closures
(MDOT, July 13, 2021)
The Michigan Department of Transportation (MDOT) announced that the right lane of southbound I-75 has opened at Big Beaver Road in the city of Troy. All lanes of the freeway have been closed due to a tanker crash that occurred Monday, July 12.
The reopening of the right lane will allow traffic to move on the freeway while crews rebuild the damaged center and left lanes, along with the barrier wall that separates both directions of traffic. In order to minimize expected delays, the entrance ramps to southbound I-75 will remain closed at Crooks and Big Beaver roads until the repair work is completed.

On northbound I-75, crews will reopen the right lane during the afternoon hours on Wednesday, July 14. This will allow for the rebuilding of the center and left lanes that were also significantly damaged during the crash. To minimize expected delays, crews will keep the entrance ramps at 14 Mile and Rochester roads closed during repairs.
Once the repairs to the left and center lanes are complete, crews will then begin rebuilding the right lanes in each direction.
Follow I-75 modernization progress on the web at www.Modernize75.com, or follow on Facebook at www.facebook.com/Modernize75 or on Twitter at www.twitter.com/Modernize75.
For Oakland County Times coverage of the crash visit our previous story. 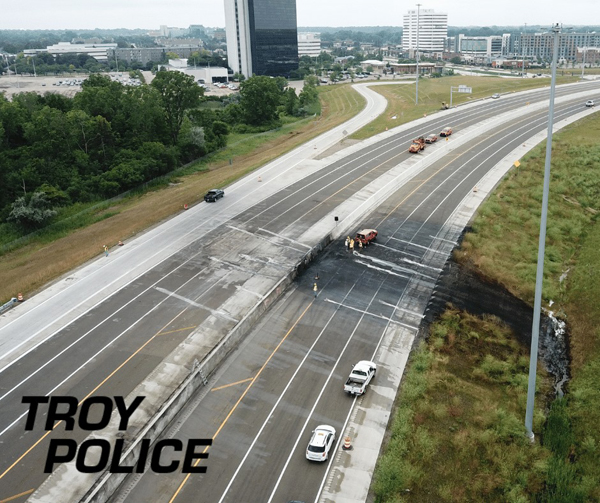