Free Concert Series at Wildwood Brings Orion Neighbors Together
(Crystal A. Proxmire, June 25, 2021)
Orion Township, MI – Orion Township’s free Tuesday evening concert series at Wildwood Amphitheater kicked off this week with a movie-themed show by the North Oakland Concert Band.  The show featured riveting scores from famous films through the generations, including John Williams’ “Raiders March” and “Star Wars Imperial March”, “The Great Race” by Henry Mancini, and “Bond … James Bond” arranged by Stephen Bulla.
Visitors brought chairs and blankets, claiming their spaces on the lush green hillside overlooking the stage.  The resounding melodies carried through the fresh summer air on a perfect night to see a show.  Neighbors, some who haven’t been to events in over a year, shared smiles and hugs while kids ran off for a massive game of tag off to the side, leaving grown-ups to enjoy the classical tunes.

According to their website, “The North Oakland Concert Band, comprising more than 80 dedicated musicians, is one of Michigan’s leading wind ensembles. With roots deep in the Lake Orion and Oxford area, the band draws audiences from all of Southeast Michigan. Band membership is by audition, and includes many professional music educators. Led by long-time Music Director Annette Kline, the musicians of the North Oakland Concert Band delight in performing a broad selection of concert band music, with styles ranging from traditional marches and classical transcriptions to modern works written especially for the concert band.”
Various free performances are scheduled on Tuesdays through the summer, including Dave Bennett Trio, Fifty Amp Fuse, Wayback Machine, Shout! Beatles Tribute Concert and more.  Other shows, with a modest ticket price, are happening all summer long at both Wildwood Amphitheater and The Firebowl at Camp Agawam.
For info on all the shows visit www.orion.events. 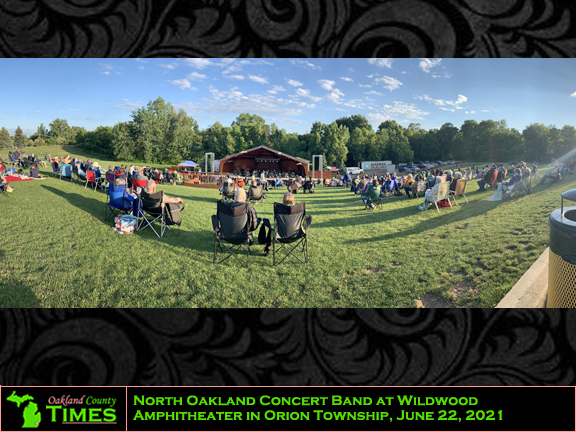 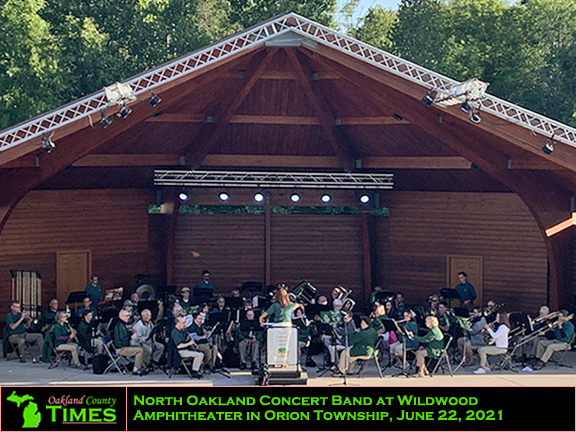 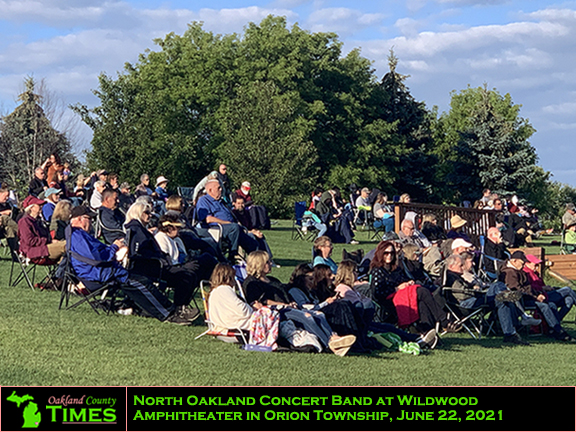 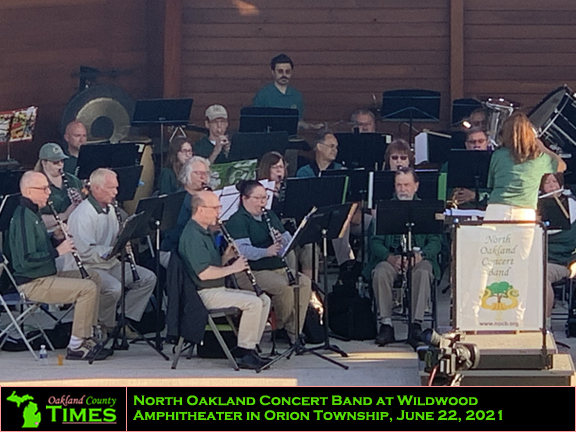 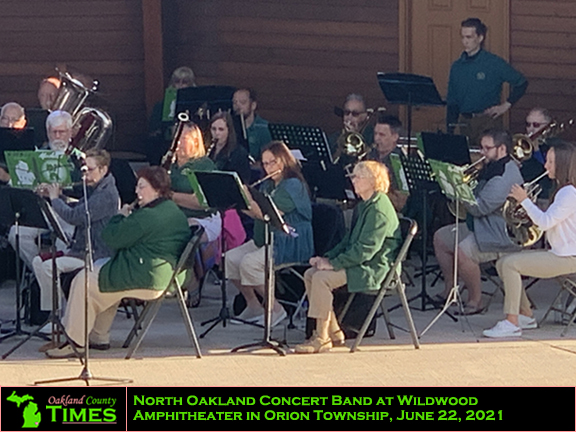 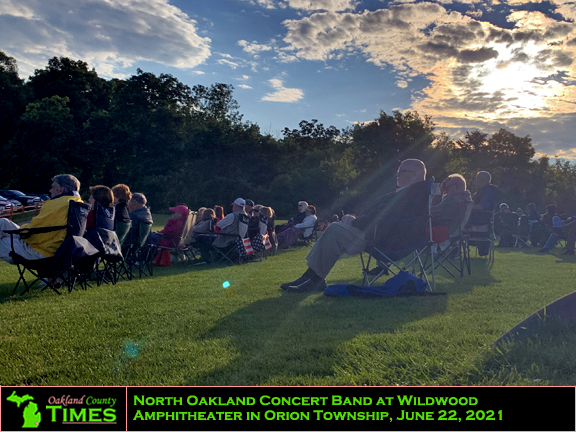 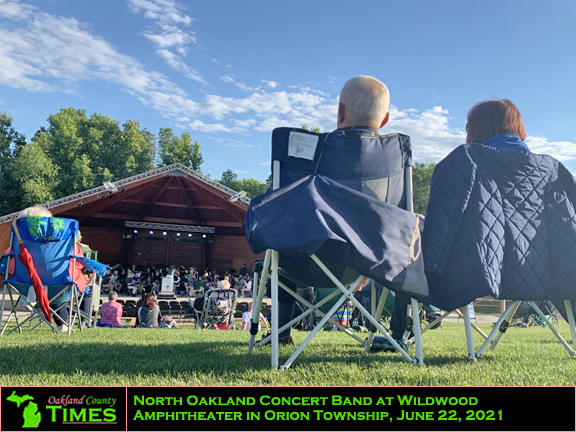 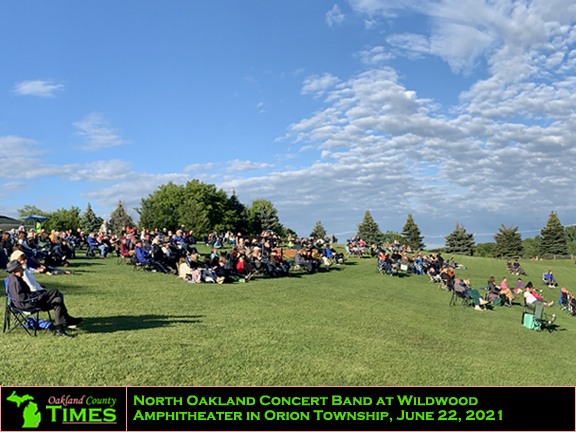