(Lara Mossa, April 20, 2021)
Holly, MI – Downtown Holly will have a new destination spot when Ziggy’s Ice Cream opens at the end of this month.
“It’s just a really fun business,” said Co-Owner Kate White. “Who doesn’t love ice cream?”
White, 45, of Grand Blanc, and her husband, Rick, have owned a Ziggy’s Ice Cream in Grand Blanc for three years. Founded in the 1980s by the Ziegler family of Grand Blanc, the most recent owner, Pam Cassels, owned the business for 18 years.
Located on S. Saginaw Street in Grand Blanc, Ziggy’s Ice Cream is seasonal – typically open April through September – seven days a week from noon to 9 p.m. the first couple of months and until

10 p.m. June, July and August. The Holly location on Battle Alley will open Friday, April 30, with the same hours and products.
Ziggy’s Ice Cream features 40 hand-dipped flavors with the brand Ashby’s Ice Cream as well as soft serve and Dole Whip, which is a fat-free, dairy-free, gluten-free product that comes in eight flavors. The soft serve ice cream – available in vanilla, chocolate and twist – can be mixed with the Dole Whip. And the Dole Whip flavors can be mixed together. While the store doesn’t carry all the Dole Whip flavors at one time, the product comes in strawberry, mango, orange, lime, raspberry, pineapple, lemon lime and cherry. Dole Whip is a light, softer ice cream, which is intended for vegans or people who have allergies. Cake cones, sugar cones and waffle cones are available.
Prices range from $1.50 for a kiddie cone up to $12 for a quart of ice cream. The store also serves slushies, smoothies, shakes, banana splits and sundaes.
Both locations are about 700 square feet and operate as a walk up and take away style ice cream parlor, Kate White explained. The Grand Blanc store has picnic tables and benches outside, while the Holly site is next to existing tables and chairs in the historic downtown area called Battle Alley.

White, a full-time librarian for Grand Blanc Schools, has been going to Ziggy’s her whole life and never dreamed she would own the business, she said. Her husband, who is a contractor, showed an interest in the property. The couple decided to buy the 2-acre lot along with the company. In Holly, they rent the site.
“It’s hard to be in a bad mood when you come to an ice cream parlor,” said White, who added that many of the store’s employees come from the school where she works. Both locations have 20 part-time workers.
She also enjoys doing community outreach through Ziggy’s that includes sponsoring local sports teams or offering 10 percent of sales for nonprofit groups. The store’s biggest fund-raising event is for the Game on Cancer organization, which operates through Henry Ford Hospital in Detroit.

One hundred percent of the proceeds go toward helping patients, said White. In September, Ziggy’s raised more than $10,000 for the cause and featured a team of doctors who scooped the ice cream.
Game on Cancer is important for White, because she personally had a battle with brain cancer. The doctors helped her through one year of treatment, and now she is healthy, running the business, working full-time and even moonlighting as a real estate agent.
The Whites have three children – two of which work at Ziggy’s – and are interested in opening more stores in future.
“I think it’s a really fun business, because people are always in a good mood,” White said. “It’s a downtown destination spot in Grand Blanc and we hope in Holly.”

For more information, go to https://www.facebook.com/ziggysicecreamparlor/
******
White Castle is the Reporter Food sponsor of Oakland County Times, supporting our quest to explore restaurants throughout Oakland County. Find White Castle locations, and more information about all their menu options, at www.whitecastle.com.
Do you have a suggestion for our Reporter Food column? Join in the conversation on Facebook and leave your recommendations.
Check out other Reporter Food columns, listed by city,  HERE. 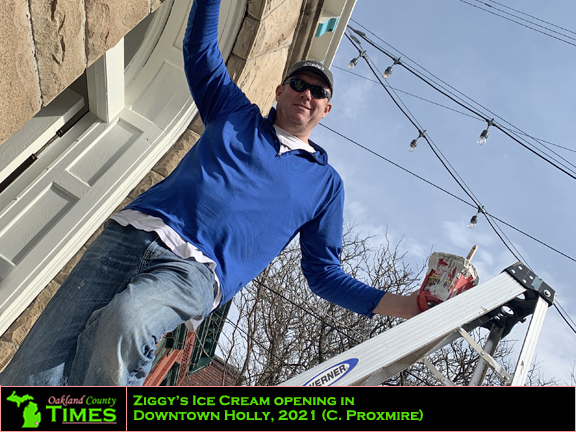 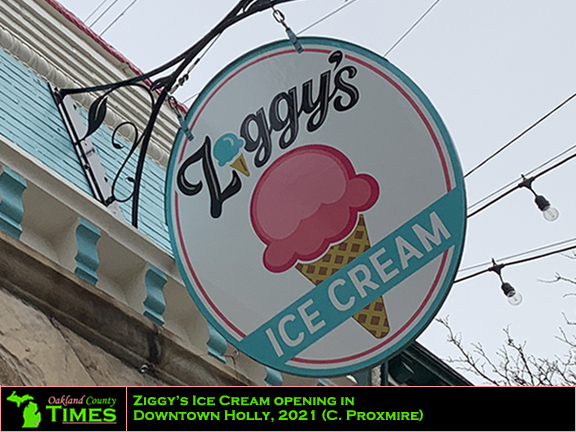 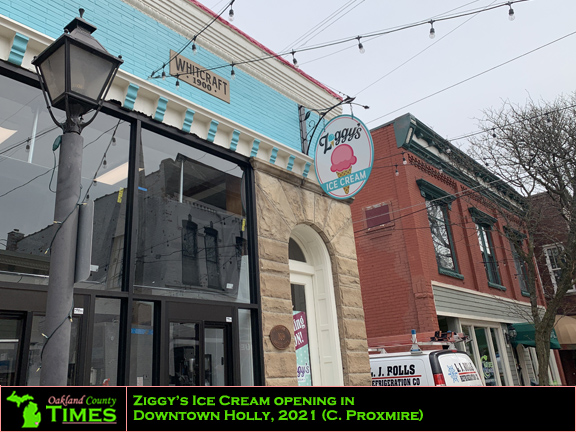 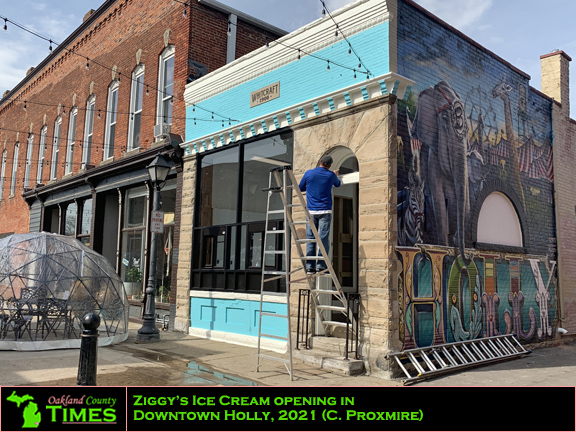 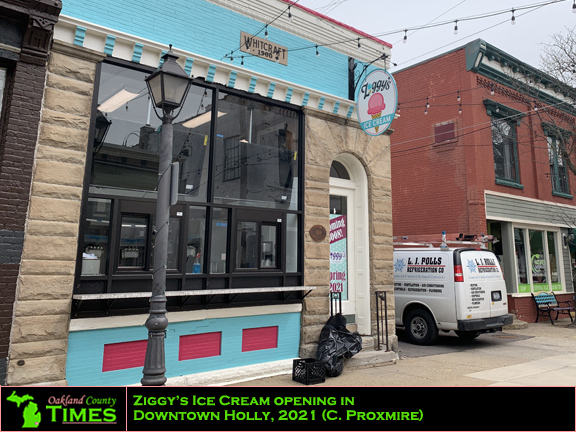