Barnett Brothers Band Together to Support Sister Through…

Barnett Brothers Band Together to Support Sister Through Illness in Shanghai

(Kevin Elliott, Feb. 13, 2021)
Orion Township, Rochester, MI – Of all the online meetings members of the Barnett family have to do, there’s one that makes Monday mornings special.  That’s when Andrea Barnett Asche gets online at her home in Shanghai, China to meet virtually with her brothers Bryan, Chris and Matt.
This week, the siblings agree to a special mid-week meeting with a reporter to talk about Andrea’s near-death experience last year, her recovery, and the love and support she and her brothers received in Oakland County and overseas.
“Something can happen out of nowhere,” Andrea said through through garbled audio. “… the value of relationships … it has made a big impact…”
The internet connection isn’t always great, but the smiles mean the world when you’re half a world away.
The brothers are a day behind. Bryan in Rochester Hills where he’s serving his fourth term as Mayor; Chris in Orion Township where he serves as Township Supervisor; and Matt in Chattanooga, Tenn. where he works for Volkswagen. Andrea moved to Shanghai with her husband, Jan,

who works for General Motors, and their three children in the summer of 2019. Despite the distance between them, the siblings make it a priority to stay close.
Especially now.
It was little more than a year ago that an infection put Andrea into a coma for 10 days and nearly ended her life.
“We were on vacation in Japan, and when we got back I had a cough,” Andrea said. “It felt like a cold.”
Thinking that a little rest would help, she curled up to sleep in hopes of feeling better in the morning.
Yet as the sun rose in Shanghai on Jan. 4, 2020, Andrea woke up struggling to breathe.  She was coughing up blood, and unable to walk.
Over the next few days, her body slowly shut down.  Her lung collapsed.  Her heart stopped.  Her kidney and liver began to fail.  With a 3-percent chance of survival, family members were called to prepare for their good-byes.  The brothers knew they had to come, though only two were able to make the trip.

“Andrea was in a coma for the first 10 days,” said Bryan, who travelled with brother Chris. “I remember being on the plane just bawling wondering if we would see her alive.
“We would sit at the hospital for hours and hours just to be there and be close. We had one visit for five minutes standing outside looking through a window.”
In the midst of an emotional situation, the chaos of a busy hospital, and the unfamiliar surroundings of a far off county, was the added uncertainty of a pandemic about to unfold.
“This was about the time ‘a weird disease from Wuhan’ was coming out and people were concerned.” Bryan said.
Even a matter of weeks could have meant a different situation entirely for Andrea, or for her brothers traveling internationally. The timing was a blessing as it meant so much for each of them to have the others around through the gut-wrenching ordeal.  They stayed by her side, helped with the children, and kept in touch with the rest of Andrea’s family and supporters.
“A lot of people were impressed that we sprung into action, but for us it was second nature,” Chris Barnett said. “That is how we were raised. … This is our crew.  We have disagreements in our lives, but nothing will ever trump our love for each other.”

The children of a firefighter and school teacher, the siblings spent summers camping, and relished in their annual trip to Disney.
“For us, it was the simple things,” Matt said. “We were very tight and close family. We loved board games. My favorite memories are camping. We would have six people in a tiny Starcraft camper playing board games.”
“We grew up not rich, with very little material things. My favorite vacation was going camping in that cheap pop-up camper. It was a joy with the four of us and our parents,” Chris said.
Yet loss came early in life for the young Barnett family.  Bryan, the eldest of the group, was a senior in high school when his father died of cancer. Matt, the youngest, was just 8.  Carrying on without their father gave them bond that not all families have experienced.
The thought that ten-year-old Shiloh, seven-year-old Isaiah, and four-year-old Naomi could lose their mother so young was heavy on everyone’s hearts.  Yet the well-wishes from around the world helped them all to feel less alone.
People who never met Andrea were spreading positivity for her.

“I met Mayor Bryan Barnett several years ago at the White House and darned if he doesn’t have my sense of humor. His sister is very ill in Shanghai right now and he and his brothers have created an email to send her words of encouragement,” a friend of the Rochester Hills Mayor said on Facebook. “As helpless as I feel now, I thought if you all sent your favorite #CarpoolJokeofTheDay or your favorite joke, it would be in keeping with their fun and upbeat family. Laughter is indeed the best medicine.”
Another thing that helped was being able to come back to the States for treatment.
Andrea would spend 40 days in a hospital, losing a quarter of her body weight. A tracheotomy left her wondering if she would be able to speak again. She survived, but she had to relearn how to walk, and spent more than a month away from her children. She was later transferred from China to the University of Michigan. Upon her visit in Ann Arbor, doctors, nurses and staff at the hospital lined up outside her door each day to support her.
“There was a steady stream of at least 100 University of Michigan nurses and doctors,” Chris said.

“Someone asked who was in the room. She was like a hero to them. Every day on their breaks they were reading Facebook updates.”
Now back in Shanghai, Andrea is making a full recovery.
“Despite all of these trials, I view myself as blessed. I had family and friends rally around the world in my support,” she said in a recent Facebook post.. “I woke up and found out that despite the beginnings of COVID-19, six of my family and friends made it over to China to see me. People (some I had never even met) brought meals to my house and my dog was walked multiple times daily. Three different governments worked together to get Jan and I evacuated despite closing borders and I ended up and University of Michigan Hospital.
“Despite the dire outlook, I experienced a miraculous recovery and got to witness miracle after miracle with a front row seat. I was floored beyond touched by the videos and messages that were sent to me. The outpouring of love and support humbled me and moved me beyond words. “I was reminded how precious and short life can be. So hug every chance you get, love fiercely, spread kindness whenever you can, be grateful for every second God gives you, and always, always choose adventure.” 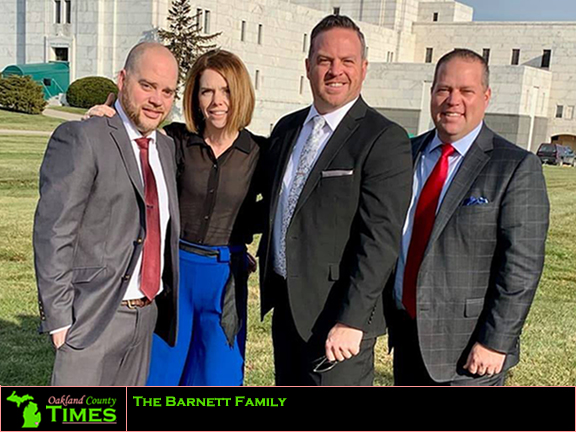 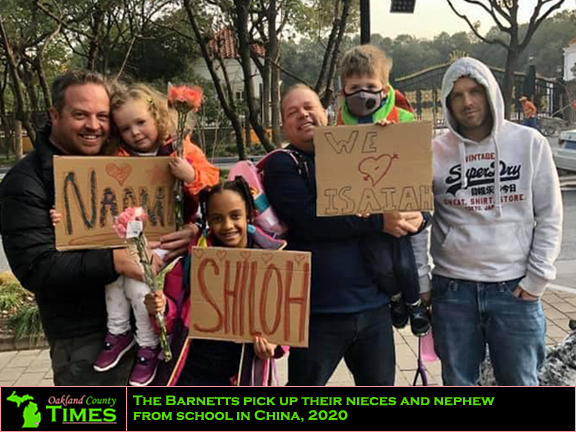