(Detroit Zoo, Dec. 22, 2020)
Royal Oak, MI – The Detroit Zoological Society (DZS) is pleased to announce a holiday gift to our community as this momentous year comes to an end: a female lion cub named Binti, who was born on September 10, 2020. Binti, whose name means “daughter” in Swahili, is the first lion born at the Detroit Zoo since 1980. Her mother, four-year-old lioness Asha, underwent a cesarean section after she was observed going into labor naturally but then failed to give birth. Unfortunately, three other cubs were stillborn.
Asha and her sister, Amirah, came to the Detroit Zoo from the Buffalo Zoo in May 2019 as part of the Association of Zoos & Aquariums (AZA) Species Survival Program (SSP). SSPs are cooperative breeding programs to ensure genetically healthy, diverse and self-sustaining populations of threatened and endangered species in AZA-accredited zoos.

Binti’s father, Simba, once lived with the royal family of Qatar and found sanctuary at the Detroit Zoo in 2013 when his owners voluntarily relinquished him. Private ownership of lions, tigers and other big cats is extremely dangerous for humans and often compromises the animals’ welfare. The DZS helped develop and advance the recently introduced federal Big Cat Public Safety Act, which is an important effort to curb the problem in the U.S.
The Detroit Zoo’s littlest big cat was under the constant care of DZS staff for the first several weeks of her life, when she lived in an incubator and was given daily bottle feedings from 6 a.m. to midnight. To prepare Binti for life with her future pride, the recorded sounds and scents of the adult lions were introduced into her incubator. As she grew stronger, she graduated to a larger play-pen and transitioned from milk to solid foods. Eventually, Binti began spending time in the lion habitat’s indoor area near the adult lions. The gradual process of introduction to her family continues with visual – not physical – interactions; the lions could see, hear, and smell each other but did not share the same space.
Asha’s life-saving surgery and recovery meant that the normal bonding process could not occur.

Socialization, especially with other female lions, is critical to Binti’s social development; fortunately, the cub has formed a strong bond with her aunt, Amirah. Lions are the only big cats who live in social groups that include adult males, multiple females, and their offspring.
“She has grown so much, has a lot of energy, and is very curious and playful,” said Elizabeth Arbaugh, DZS curator of mammals. “She is learning to live with other lions, starting with her aunt, Amirah. We expect that she will eventually live with her entire family as a member of the Detroit Zoo pride.”
The lion habitat at the Detroit Zoo, sponsored by Kroger, features grassy terrain, a shallow pool, elevated ledges that give lions high vantage points from which to watch guests, and a 17-foot-tall acrylic wall for close-up views of lions by guests. Warming rocks near the front of the habitat provide the lions with toasty resting areas in cooler weather.
Lions are normally seen outside unless temperatures are below freezing. Binti will have the choice to go inside the lion habitat building on chilly days, so she may not be visible to guests when temperatures are below 40 degrees.

All guests and members visiting the Detroit Zoo, ages two and older, are required to have reservations. In an effort to maintain physical distancing among guests, the DZS is limiting capacity within the Zoo over the 125 acres. Reservations can be booked here up to two weeks in advance.
Unless otherwise prevented by a medical condition, the Detroit Zoological Society requires that all guests 5 and older wear a mask at all times while at the Zoo. Guests may temporarily remove their masks when they are eating and drinking. Read the full mask policy on detroitzoo.org/health.
The Detroit Zoological Society – a renowned leader in humane education, wildlife conservation, animal welfare and environmental sustainability – operates the Detroit Zoo and Belle Isle Nature Center.  With an annual regional economic impact of more than $167 million, the Detroit Zoo in Royal Oak is one of Michigan’s largest paid family attractions, hosting more than 1.3 million visitors annually.  Its 125 acres of award-winning naturalistic habitats are home to 2,400 animals representing 235 species.  The Belle Isle Nature Center sits on a 5-acre site surrounded by undisturbed forested wetlands on Belle Isle State Park in Detroit.  It provides year-round educational, recreational and environmental conservation opportunities for the community.  For hours, prices, directions and other information, call (248) 541-5717 or visit detroitzoo.org. 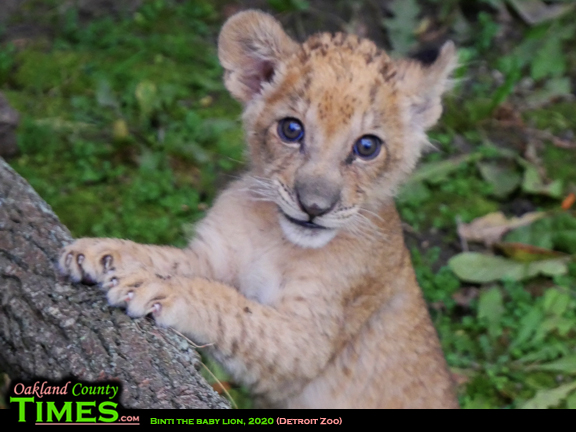 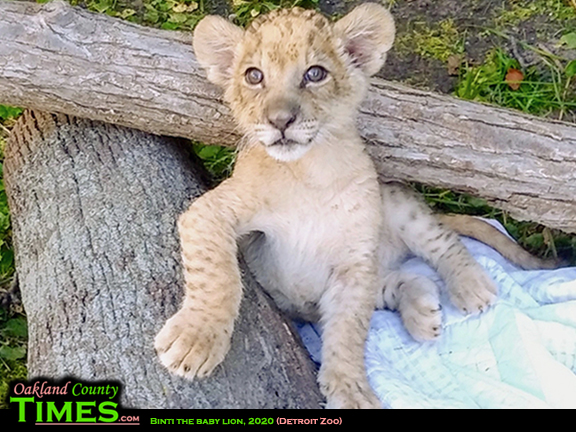