(Drew Saunders, Feb. 12, 2020)
West Bloomfield, MI – How popular is the transition plan to move West Bloomfield middle schoolers from two campuses to one? School administration will find out over the ten day public comment period ends February 20. Parents will be emailed a link to a webpage where they can voice their opinions to the school board.
This plan came in its current form when the school district tasked a group of district stakeholders with assessing the feasibility of moving students from the current Abbott and Orchard Lake Middle schools into one building, prior to the completion of the new West Bloomfield Middle School by fall 2022.
“They’ve served their useful life. We also had way too many seats between the two; [whereas] we could combine the two middle schools,” Superintendent Gerald Hill told the Oakland

County Times after a recent presentation. “If you have a higher number of students in the school, you can provide more offerings, course-wise, for the students.”
This whole project was approved by voters as part of a $122,500 bond proposal in 2017; which also includes high school renovations, and other miscellaneous projects. The vote was 3,321 yes and 1,514 no.
Hill said that refurbishing both middles schools was considered before the bond was proposed, but it was deemed too expensive and would kick the can of having to eventually replace the schools down the road unnecessarily.
The existing buildings were built in the middle of the last century. What the district is replacing them with will be a two story brick building with a wave-like glass central hall, capable of teaching 1,200 students, according to the district website. The description reads like a public education wish list with classrooms for STEM research, art spaces, and athletic spaces.

District officials explained to at least 50 West Bloomfield parents that the change in plans from the $60 million bond proposal came about because the original plan was to use the far back of the lot that Orchard Lake currently stands on to build the new middle school. But when the initial planning started, the engineers and architects found that the site was too soggy to build on without increasing the expense to cost prohibitive levels.
The solution was to move the new building up the lot, right next to where the existing building is. They are almost touching, according to a site plan of the project, provided by the district.
The district and their partners estimate it’ll take around 17 weeks to demolish the old building, necessitating changes to where middle school students go before they go into the new West Bloomfield Middle School. In the 2020-2021 school year, all middle schoolers will be moved out of Orchard Lake followed by the seventh and eighth graders the next year. Abbott will go from 645 students to 965 students in those two years.

The new West Bloomfield Middle School is expected to be open for the 2022-2023 school year, with a capacity of up to 1,200 students.
The public comment period started Tuesday with the district’s presentation. One of the parents who attended was Terri Compton, who has four children in schools around the district.
“I thought the presentation was wonderful [and] very thorough. I really like the fact that they said the incoming sixth graders will be known as West Bloomfield Middle School students, but being housed at Abbott,” Compton said.
Parents did ask a couple of questions about the process at the meeting, before it ended, and they were able to question officials on a one on one basis. Among them was a concern on whether Abbott could hold all of the students while the new building is being built. Abbott – and soon to be West Bloomfield Principal – Amy Hughes said that Abbott held over 900 students when she was a teacher there back in the 90s and she was confident that it could accommodate all middle schoolers now.

“It’ll be cozy, but we can house them,” Hughes said.
“It’s concerning, just wondering how the kids will acclimate the changes that are occurring,” Chantale Bothuell, a mom who has two children at Abbott, said. “I’m concerned about the overcrowding of Abbott. Because I understand they said the school can hold up to 900 kids. But we go to Abbott right now and the hallways are very crowded during class change time, so it’s going to be a challenge.”
Students from both middle schools will be mixed into the same classes, according to the district. But because they are merging staff from both of the soon to be demolished buildings, the district says that class sizes shouldn’t be affected unduly.
“I thought it was fabulous. I appreciate all the hard work that they’ve put into this. It’s still scary as a parent. I think it’s fantastic for the community; but as a mom I’m a little bit

nervous. But I think that’s just being a mom,” West Bloomfield mom Joyce Todd told the Oakland County Times after the presentation. Her son will be going to sixth grade next year. “I’m just afraid of the little sixth graders being lost in the shuffle.”
Busing times will have to be changed as well. The district said it will invest in three more buses and three more drivers to accommodate that. The district also pledged to keep the existing sports teams.
The project is still in its early phases, but Assistant Superintendent of Business and Operations Kyle Anderson is confident that they’ll stay within their $60 million budget. He said after the meeting that 32 individual work contracts had gone out to bid and that some of them have already been filled.
Parents can check their emails for more information, or visit the West Bloomfield Schools website. 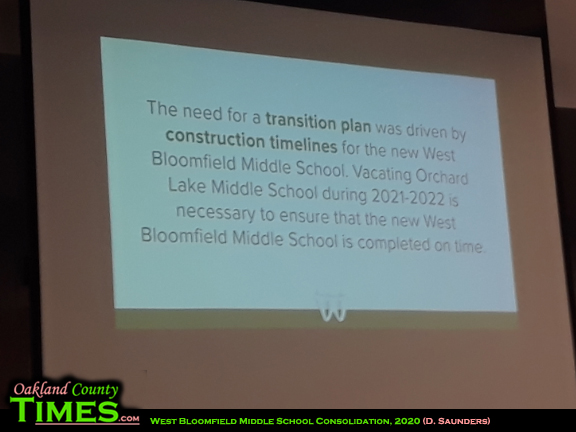 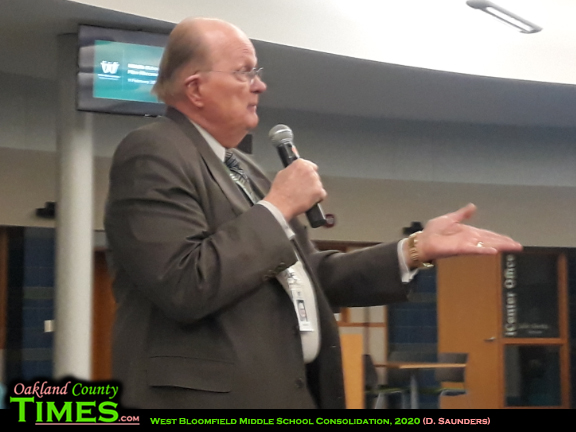 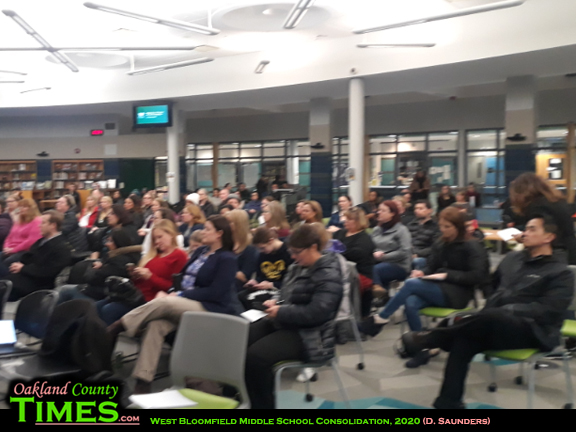 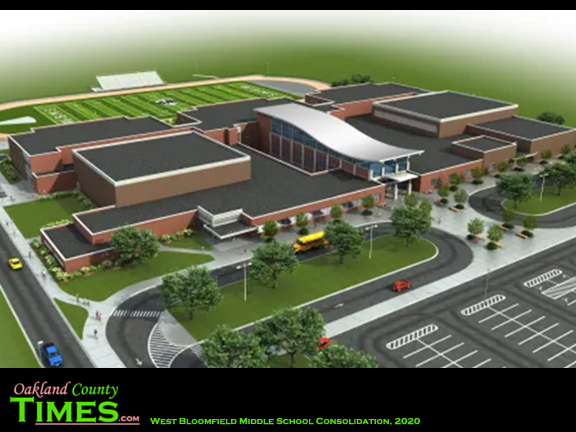 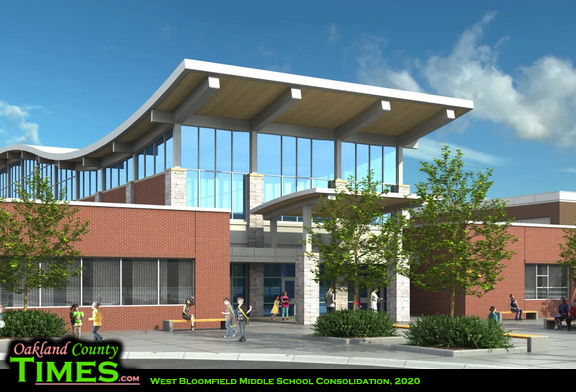