(Sam Gurwin, Jan. 2, 2019)
Oak Park, MI –  Among the admirers of the Steve Czapiewski prints on the wall of the 8700 gallery was his father Larry.  “He has always been an artist- always coloring something or drawing something,” Larry said. “Since he was a child.”
Even with a grown-up life of graphic design for business clients, the childlike joy of art shines through in his creative work.
The majority of prints and sketches are of a character named “Sally,” created from Steve’s imagination after the women he’d seen on screen as a child in the 1960s. The young lady with

red hair seems simply to enjoy life.
“When I was a little boy, my Mom would take me to Perry Drugs a few doors down from where she worked, and she’d have me pick something to keep me quiet while she did a permanent,” Czapiewski said.  His favorite was a “That Girl” coloring book, with actress Marlo Thomas on the cover.
When asked, “Who is Sally,” Czapiewski said, “She is kinda loosely based on all of the girls I’ve had crushes on over the course of my life.  She’s a little bit of Marlo Thomas; she’s a little bit of Raquel Welsh. There’s a little bit of all of the girls I have dug”.
Apparently Sally keeps getting more complex, both in the boldness of her personality and in the details of her design.
“She is always growing and getting more complicated for me to draw her,” Czapiewski said . “I’ll spend a day just on her hair or her face or her hands” His first “Sally” took an hour and a

half. The newest one took a week. The work is done with Adobe Illustrator Vector Software. The software is vector-based where lines are drawing points. “It’s like CAD for Illustrators.
“Sally” started as a Christmas illustration gift for his graphic design business clients. He’d forgotten to get presents for his business clients and “Sally” was born. He called Sally his “red-headed Joan of Arc.” The clients loved her and a holiday tradition – and a character – was born.
Others at the opening reveled in the visual stories of Sally.  Sabrina, a guest from Hazel Park, had not seen Czapiewski’s work prior to the show.  “It’s fun,” she said.  “I like that there are some festival pieces.”

“You have everything from holidays to horror,” chimed in her buddy Joy from Madison Heights.
Studio 8700 provided the perfect space for the show.Co-Owners Doc Colony and Aubrie Glenny have been featuring local artists for four years.  They are part of a new wave of cultural growth in Oak Park.
“Oak Park has been all-embracing to the Artist Community,” Glenny said.  Both Colony and Glenny are artists and musicians.
“We both struggled coming up not having the resources of other Artists; we wanted a place where we could practice but also a space for Artists like Steve to show his work”
Their space welcomes musicians, performance artists, videographers, and fine artists. “We can help give people their foot-up and start moving and shaking” says Doc. Their services include

loaning out filming equipment, space rental for private parties, wedding receptions and more. “We do a little bit of everything” Doc said.
Doc’s Band “8 Blocked Users” played during the Czapiewski opening, just one of many ways those in the arts community support each other.  Even the Mayor of Oak Park, Marian McClellan took notice, stopping in to Studio 8700 to chat with Glenny about the exciting initiatives happening in the city.
“The arts are one of my long time loves.” Mayor McClellan told Oakland County Times.  She’s proud of hosting the DIA Inside Out program – not once, but twice, and is proud of the public art and the care put into the 9 Mile redesign project.  “I hope to make Nine Mile Road a welcome place for artists, so having Studio 8700, along with other studios on Nine Mile, is a dream come true. It was great meeting Aubrie and Doc, and I hope they attract more of their friends to the. I am delighted to have creative minds in our business community!”
Learn more about Studio 8700 at Studio8700.com Find Steve Czapiewski’s Art at OOMM Studios. 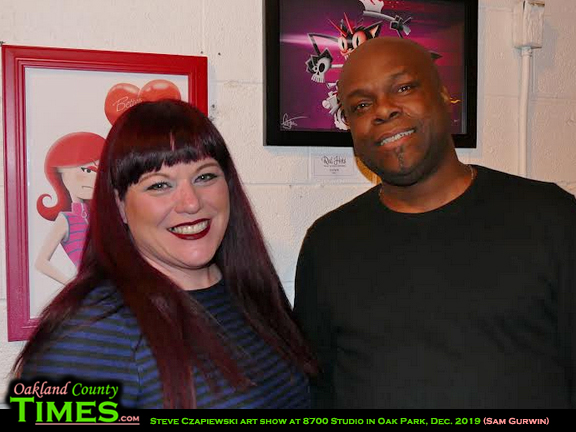 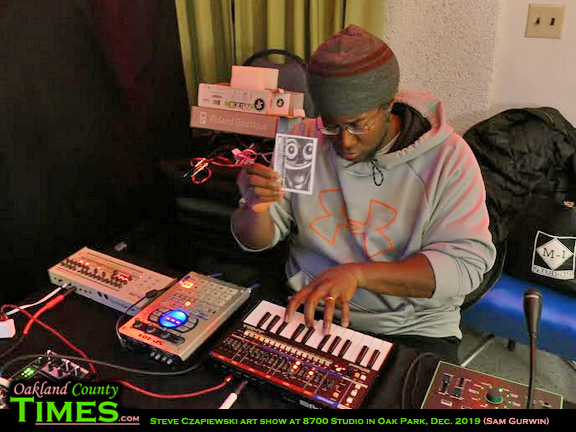 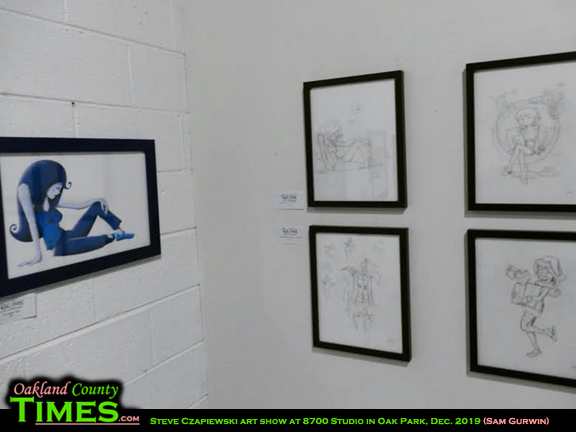 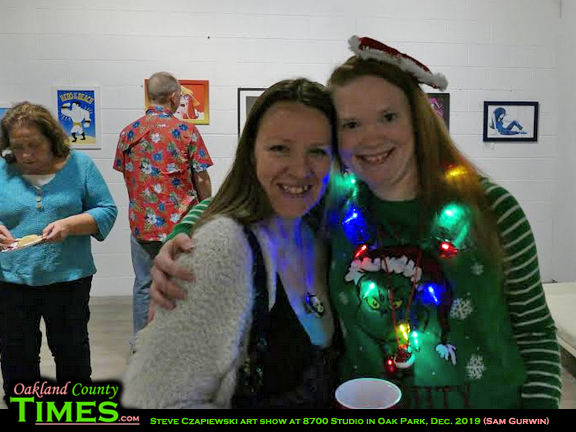