Spirits and History Among Us: Hidden Past Unveiled in Southfield Ghost Walk

Spirits and History Among Us: Hidden Past Unveiled in

Southfield Ghost Walk
(Crystal A. Proxmire, Oct. 29, 2019)
Southfield, MI- The season is sliding into Halloween, the time of children looking forward to candy, the leaves falling and of course the stories of strange spirits going bump in the night.
Oct. 22 saw the first annual Southfield City Centre Ghost Walk along Evergreen Road. A guided tour of several haunted and historical locations near the Southfield City Hall, it is the brainchild of an enthusiastic Southfield Historical Society & Parks and Recreation members.
THE GHOST WALK
The Tour consisted of a mile walk with 6 stops along Evergreen Road with a costumed guide named Thaddeus. He was dressed as a 1815 Surveying Scout. An assistant guide in costume

followed us and spoke a few times- he was in training and a back-up guide. They took the group to several locations were they were met by other costumed folks who told a tale of ghosts, history and city facts. It was interesting as one would not think such things have happened in what is now such a modern area.
HIGHLIGHTS OF TOUR
Walkers learned that Southfield Reformed Presbyterian Church was a link in the “Underground Railroad” to free slaves into Canada. Also during construction of the sidewalk in front of the Church around 2009, unmarked graves were disturbed. Ever since people have reported seeing ghosts in the area.
Another interesting fact: The Southfield Public Library construction disturbed a crypt of Small Pox victims. The Librarians report noises and such, more frequent in the evenings.
And in Mary Thompson Farm there is one room that the light goes on for no reason. Several

Employees have seen it.
The Ghost Walk was a delightful time- not too scary, with ghost stories and myths mixed with stories of real events mentioned along the way. The costumed people were very entertaining and brought history to light. A great start to what organizers hope will be a long-term program.
******
Visit the Oakland County Times Event Page for other fun and educational things to do!
To submit an event, email info to editor@oc115.com
We are currently looking for a sponsor for this section. Have your ad on every event post, plus other benefits! Email editor@oc115.com to learn more! 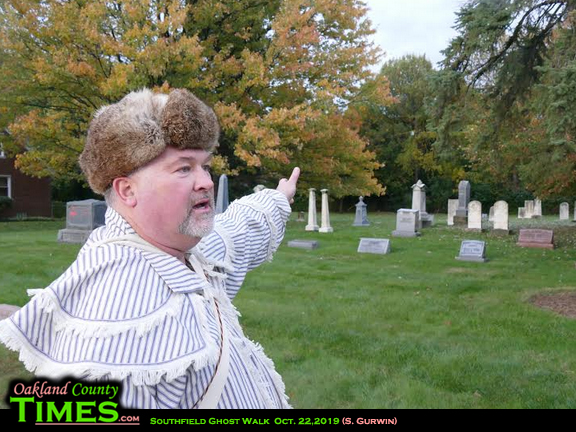 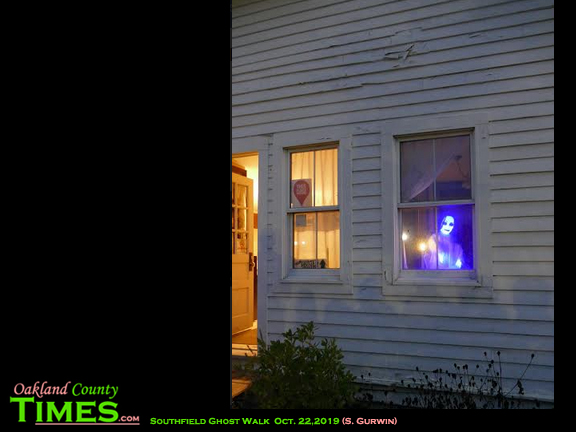 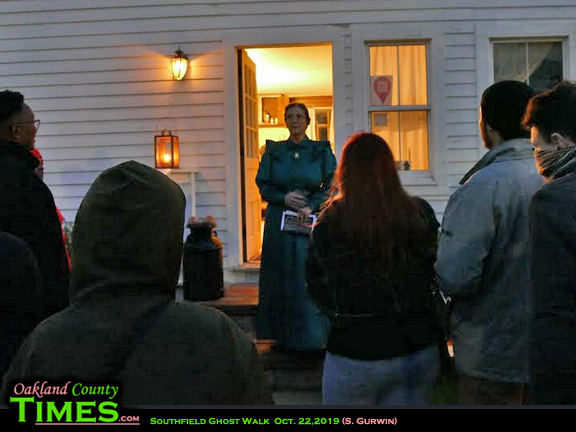 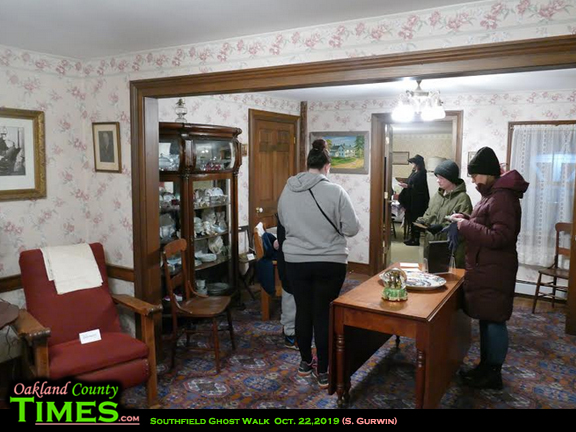 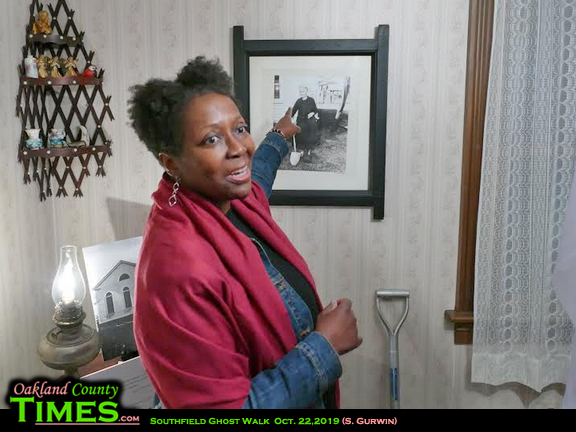 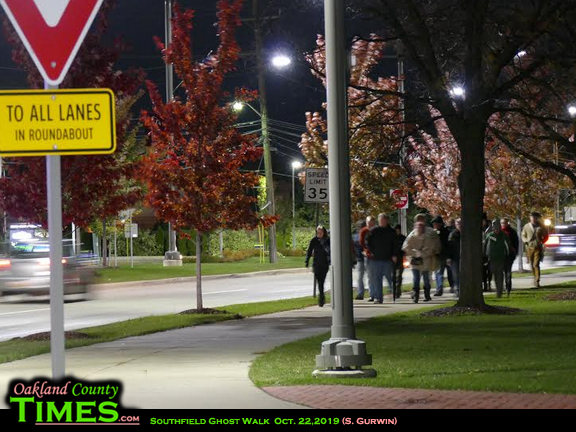 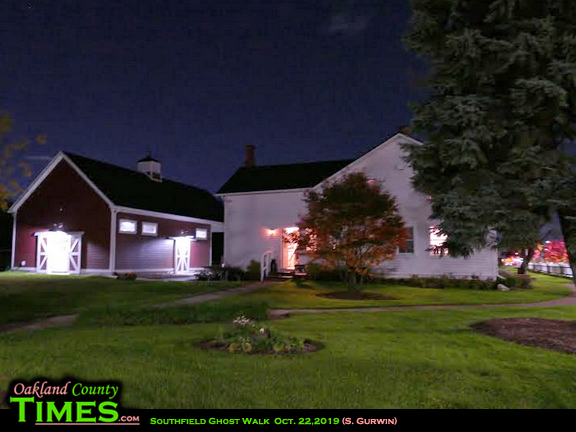 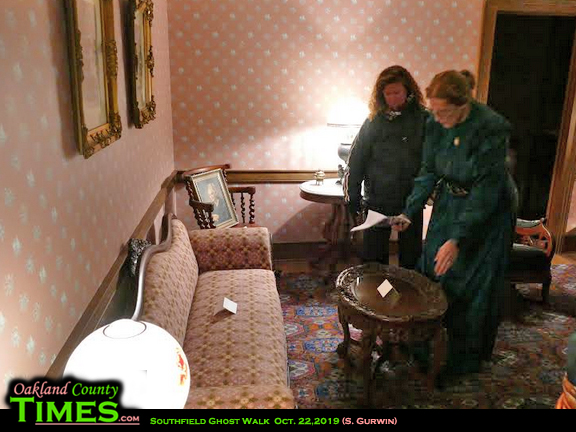 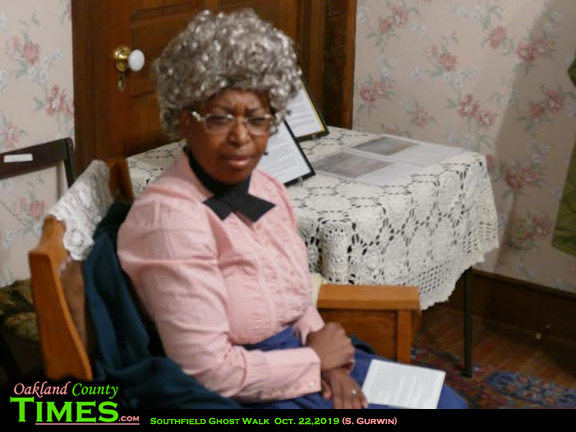 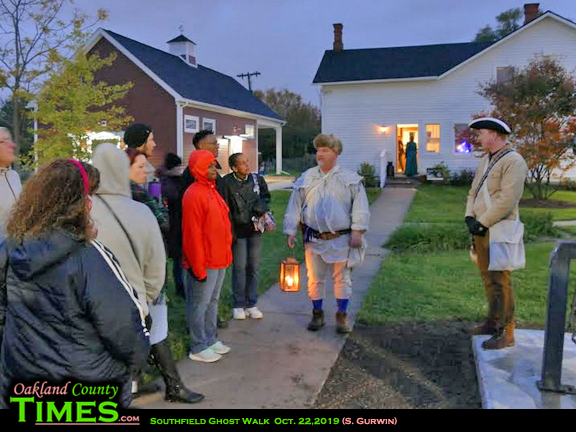 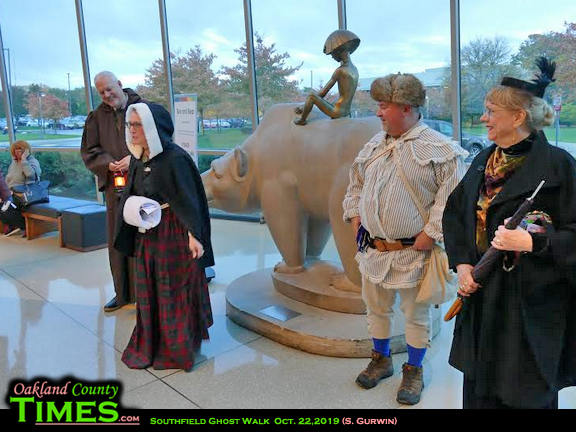 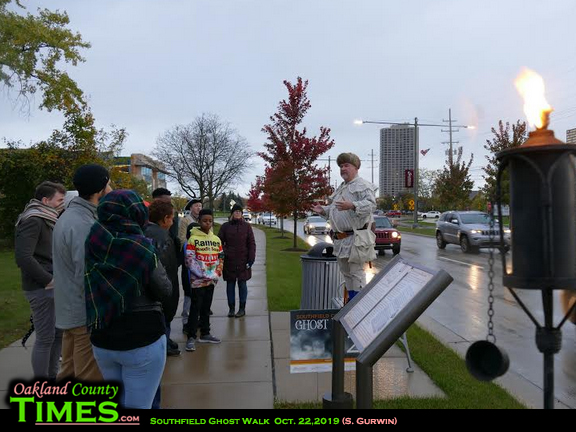