Ribbons on Tree
(Oct. 28, 2019, Lara Mossa)
Holly, MI – More than 30 yellow ribbons have been placed around the old oak tree by the parking lot of Holly Elementary School in honor of the active duty military in the area. Of those, two for are for Laura Legant’s sons.
“I just think it’s beautiful,” Legant said. “When I pulled up and saw it, it brought tears to my eyes.”
Legent’s son, Kyle, just shy of 30 years old, is in boot camp for the Army and his sibling,

Joshua, 26, is a staff sergeant in the Air Force. Both have been recognized by the “Hometown Support for all on Active Duty” project.
Founded by James and his wife Ina Golden, the nonprofit organization supports active duty military in three ways. First, the members tie a yellow ribbon around the oak tree on Maple Street commemorating people from the area. Secondly, there is a letter writing program from the elementary and middle school students as well as the pupils at the charter school Holly Academy. Thirdly, the group will send care packages four times a year to the Holly area active duty men and women.
“We’ve had three of the service members on active duty contact us and said they are so thankful that their hometown is supporting and backing them,” James Golden said.
Golden came up with the idea in August after talking to an employee at the local Subway who

is going into the Air Force. He told Cecelia Velazquez how proud he is of her and thought that more Holly area natives deserved some recognition.
The Goldens, who are both veterans, met with Holly Schools as well as the Village Council and Holly Parks Commission to start the campaign. The couple used social media as well as help from their daughter, Katy Golden, who is the Downtown Development Authority Director, to spread the word.
Including all active duty in the Air Force, Navy, Army and Marines, the Goldens hung the first ribbon on Oct. 20. When the men and women are done with their service, the ribbon will be removed and presented to them or their parents. Each ribbon is adorned with their name

and branch of service.
The letter writing campaign – matching active duty military with students, has begun at Holly Elementary School, and the first care packages will be sent Nov. 13.
The organization is collecting items for the care packages at four drop off locations: Metro North Credit Union in Holly, State Bank in Holly, Holly Township Library and the Holly Area Veterans Resource Center. A wide variety of items will be collected including socks, T-shirts, toothpaste, toothbrushes, soap, disposable razors, snacks and books, among others. Chocolate, however, cannot be shipped.
With plans to send more than 40, the care packages will be assembled by volunteers in the Holly Community Center. The group also seeks donations for shipping costs.
Golden, who served in the Navy during Vietnam, wants the active duty members to be

treated better than he was when he returned home.
“I vowed to myself that no other young service man or woman should have a bad time getting out of the service,” he said. “They should with open arms be greeted by their friends, family and the whole town.”
Golden met his wife, who also served in the Navy in the 70s, at a submarine base in Connecticut. James Golden is originally from Wisconsin, and Ina Golden is from Waterford Township.
To Legant, having this project makes more community members aware of the area natives’ service. Her son Joshua is one of the active duty military selected for the letter writing campaign.
“He’s looking forward to hearing from some school kids and thinks it’s kind of cool that the community is thinking of all the people who are serving,” she said, adding that “I’m very proud of them and their choice to do this for our country. I think it’s great we have this available for young kids. It’s a great opportunity.”
Monetary donations can be sent to HAVRC – Hometown Support, KRC, 300 East St., Holly, Mich. 48442. For more information, send an email to hollyactiveduty@gmail.com. 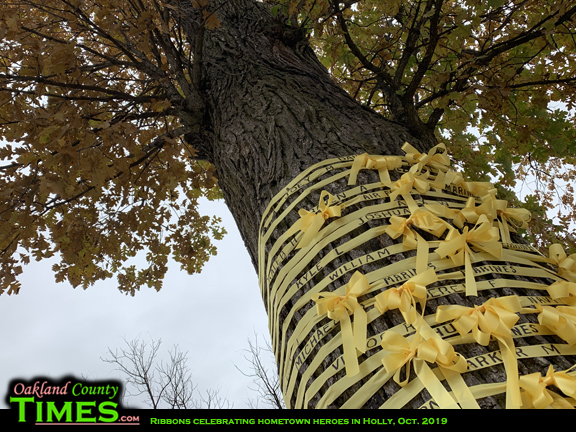 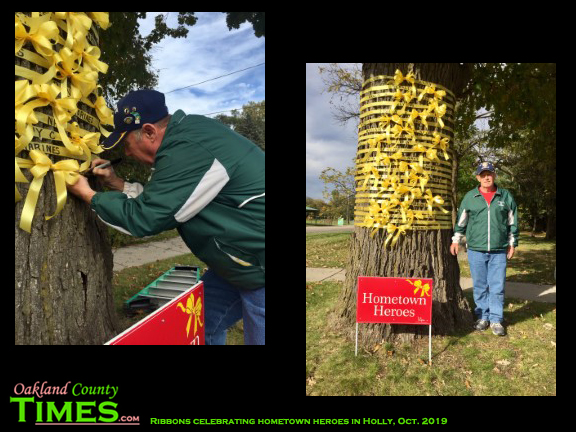 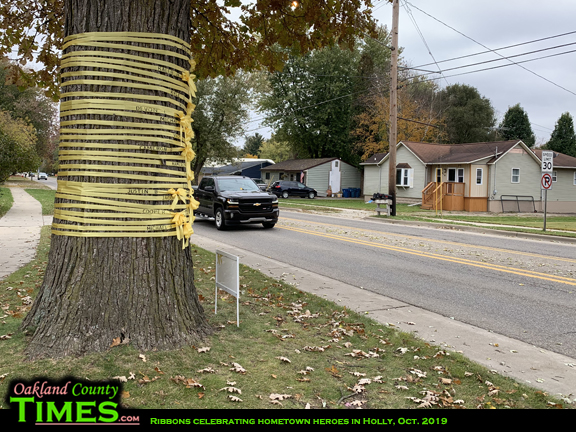 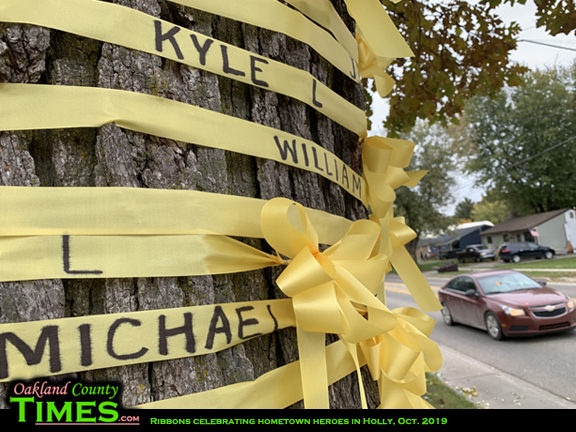 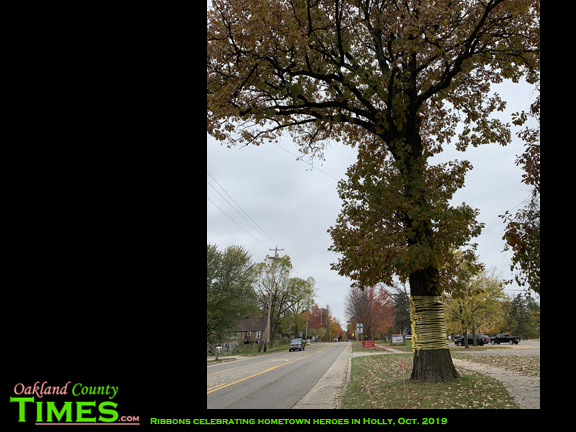