Violence Prevention Serves as Model for Other Cities
(Crystal A. Proxmire, Oct 10, 2019)
Farmington Hills, MI-  Four people died of domestic violence (two murders, two suicides) in a brief period of time in Farmington Hills in 2011, prompting police and community leaders to do something about it.  Their subsequent work and collaborations have had tangible results, becoming a model for other communities in reducing violence.
At the recent Michigan Municipal League convention in Detroit, a panel of those involved shared the story of their successes.
While it’s easy to think of problem-solving in terms of cost, it is actually collaboration that has made the effort successful.  “You’ve got professionals

your community who are already doing this work,” said Farmington Hills Lt. John Haupt.  “It’s a matter of putting people together.”
With no funding at all, the Farmington Hills High Risk Response Team started by simply thinking about all the ways a person might have interactions with those who can help in domestic violence situations, and bringing those people together.  At the presentation were a few of the key helpers.  Colleen Monaghan, a Court Advocate for HAVEN is there to help victims with services and support.  Sgt. Chad Double is a Detective with the Farmington Hills Police who looked at the ways domestic violence calls were being handled in the community.  Judge Marla Parker of the 47th District Court was happy to lend her expertise in hearing domestic violence cases. And City Councilperson Theresa Rich representing local officials who support the collaborative efforts and help with public awareness and education.

As communities put together their own task force, some people to consider are: law enforcement officers, victim advocates, judges and court employees, prosecutors, district attorneys, hospitals and medical personnel, youth agencies, local schools, nonprofit organizations, child protective services, universities, research professionals, and those who operate batterer intervention programs.
In Farmington Hills, the task force meets every two months for educational presentations, learning from each other and from experts, and making sure relationships are strong to help in interventions.
Sgt. Double shared a practical example.  There was a case where police were

called to a home where a woman had been threatened by her husband.  She said that a week before he had tried to kill her by strangulation.
Situations like that are difficult for police, because they need evidence in order to make an arrest.  Rather than being dismissive, Sgt. Double contacted Monaghani.  “I called a HAVEN nurse and asked, a week later, will there be evidence of the strangulation a week ago.  I called Colleen at HAVEN and she said to check the woman’s ears…The woman had bruising in the ears from the strangulation.  I would not have known to check for that if I hadn’t talked to Colleen.  That’s why these relationships are so important, because we are always learning from each other.”
In that case, the perpetrator was charged with both strangulation and

interfering with a 911 call.  The charges also reflect what happens when such cases are made, prosecuted, and tried with care.  Because of the types of charges, the perpetrator faced two judges.  In circuit court the judge ordered six months incarceration on the strangulation charge.  But interfering with a 911 call is a local ordinance, heard at the district court. For that the penalty was one year.
“He did more time on the local ordinance for the interfering with the phone call,” Sgt. Double said.  “The local judge recognized the danger and gave him more time.”
Judge Parker talked about the challenges of hearing domestic violence cases.

“It’s scary as a judge when you have a case before you, you don’t know if it’s someone who has had a spat, or if it’s a potential homicide,” she said.
Law enforcement professionals do have a tool that helps evaluate how likely a situation is to escalate.  The John Hopkins Danger Assessment Tool is a series of questions that help predict how likely an abuser is to become a murderer. This tool helps professionals in their intervention efforts, and helps judges during sentencing.
Sentencing itself varies based on circumstances. “In some cases I put them on probation as long as I can, sometimes with no contact orders, often orders

not to drink or use substances.  Hopefully that will be enough to help long term change,” Judge Parker said.  “If I do 93 days, they’re out in 76 and that doesn’t necessarily help.” With probation there is more monitoring and more help available both to the victim, and to the perpetrator to help address their addiction and mental health issues.
There are even times when dismissing charges is best.  “Sometimes the best thing is not to proceed. Sometimes it’s best to get the victim help, and a trial is more traumatizing than helping them,” Sgt. Double said.
“It’s not about the arrest record, it’s about how we can have a safe community,”

said Lt. Huapt. “As cops, we want to arrest people. We want to put bad guys in jail.  So it is a shift in thinking.”
In 2017, there were 88,464 reports of domestic violence statewide, with 105 deaths.  There were six deaths in Oakland County, one of which was in Farmington Hills.  There were 6,563 reports county-wide, 440 in Farmington Hills. For most of the years since they began in 2011, there were no deaths in the city.
The City of Farmington Hills has referral information on their website, and they have a presence at local events to talk about domestic violence.  Sgt. Doubles said that before 2011 there were few, if any, referrals to resources like Haven.  “Police did their thing.  Advocated did their thing.”
Now it’s different.  “People are so aware of this work in our community,” Lt.

Haupt said.  “When your community is aware of it, you can see the problem in your community and know how to help.”
******
This article is part of a series about the Michigan Municipal League’s 2019 Convention that took place in Detroit Sept. 25-27. We will be sharing articles from the convention over the next few weeks to help readers better understand the issues local governments face. If you aren’t already on our list for Daily Headlines, please sign up HERE so you won’t miss any of this exciting and informative series! Find other MML related articles HERE.
For more on Michigan Municipal League, check out their website at http://www.mml.org. 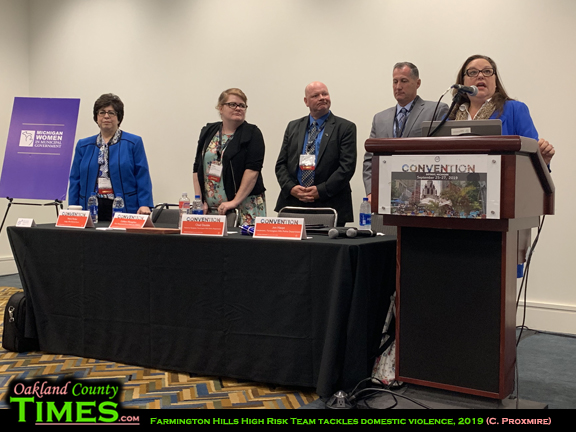 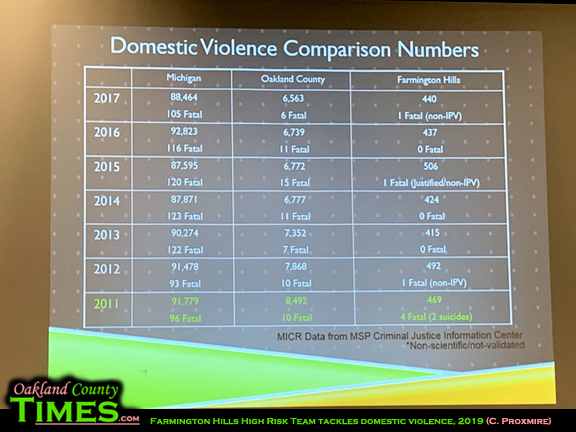 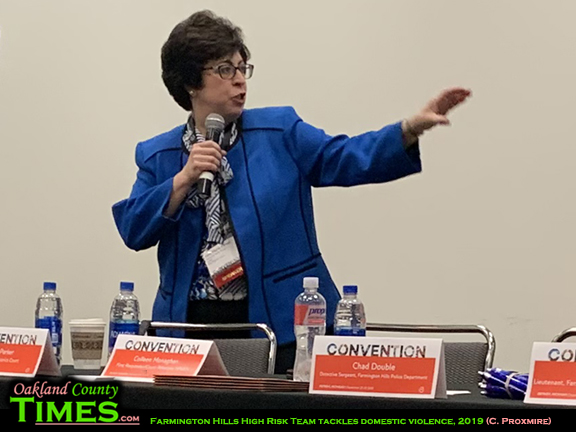 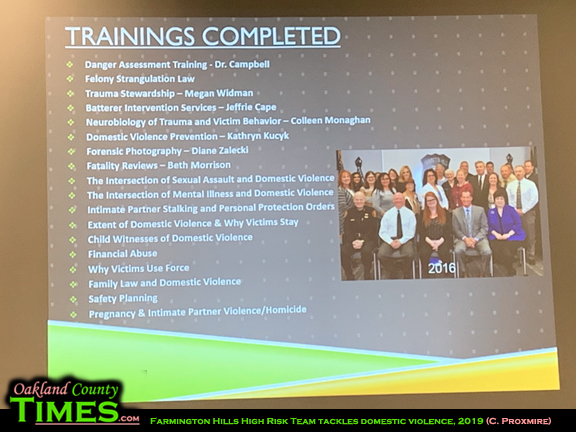 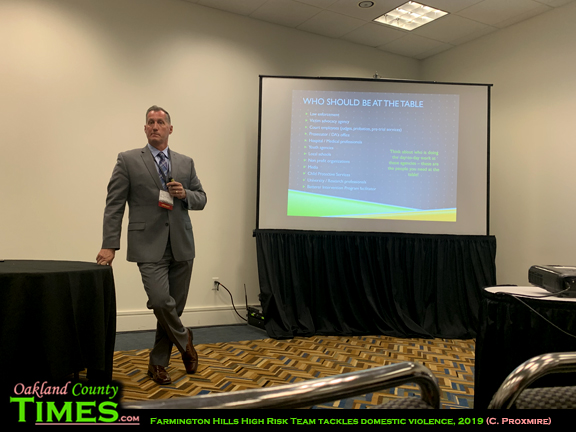