Housing
(Crystal A. Proxmire, Sept. 16, 2019)
Ferndale, MI- As the Ferndale Housing Commission continues on the path towards improving public housing and increasing affordable housing, FHC Director Heather VanPoucker shared a bit about the progress that has been made, and answers to the most common questions.
The FHC and its partners are moving forward with a Federal program that allows them to work with private and nonprofit partners to improve current facilities and add more affordable housing in Ferndale.
The restructuring comes after decades of stagnation within the organization

that ended with the ousting of the former director, and a complete turnover of the board.
VanPoucker joined the FHC in 2016 after the organization in the midst of a HUD mandated overhaul of the policies and procedures. She and the new board members began to explore ways to make things better for the residents, including how to repair and upgrade the aging properties.
Ferndale Housing Commission has 166 units, including 43 houses scattered though the city, Autumn House (with 55 units) and Withington West (with 68 units). Residents pay 30% of their income for rent, with 93% of residents making less than $25,000 per year.
Withington West was built in 1982 and Autumn House is even older, constructed in 1974.
To give an idea of the need, VanPoucher said last year when they opened up

the Section 8 waiting list, 17,000 people applied.  Six hundred people were selected from those 17,000 by a lottery to be officially on the wait list.
She and the board agree there are two things the community needs – improvements to the current buildings, and more homes for families and residents in line with lower incomes.
“HUD rules don’t allow Housing Commissions to take on debt.  And the way we are funded makes significant capital improvements very difficult,” VanPoucker said.  The money coming in for rent sustains the program, but does not provide enough for major repairs or renovations.
However, there are solutions. This includes the Rental Assistance Demonstration program, known as RAD, and the Section 18 program which could be a good fit for the scattered site homes.
The RAD program has options, but the option being considered by FHC is to

convert their existing model to a voucher-based model for at least some of their properties.  Residents in those units would be given housing vouchers that can be used on thier FHC rent, or used to pay rent anywhere if they chose to go elsewhere.
The FHC would manage the vouchers, and The Ferndale Housing Development Corporation, which is a subsidiary of FHC, would manage the properties.  The FHDC is a nonprofit formed in March 2019 that has the ability to work with developers on public private partnerships. That allows them to qualify for tax credits, grants, and other incentives to do necessary repairs and renovations.  The board is made up of Dan Martin, Jennifer Bentley, Ann Heler, and VanPoucker.  Martin, who also is currently Mayor of the City, and Heler were among the key volunteers who pushed for accountability and change in the FHC by serving on the board, working with

HUD, building relationships with residents, and laying the groundwork for the changes currently underway.
Under current Federal law, the FHC may not develop additional low-income units beyond its current count of 166.  However with FDHC ownership of the properties they can add on more units during renovations if they chose. They can also buy and sell properties in a way that makes sense with the direction of the boards involved.
“RAD requires that we net 166 units, the count we currently have.  So affordable housing isn’t going away. If anything we can fix up the housing stock we have now, and hopefully add on more,” VanPoucker said.  “This process will involve partnering with private interests, but RAD ensures stewardship of public housing in public/non-profit hands.  If we thought for a

minute we would be diminishing or jeopardizing our affordable housing stock we would not be looking at this.”
Because FHC has so many properties, the final collection could have many possibilities for reconfiguration, including the addition of more units.
Ferndale’s initial application was accepted last year, and the challenge of the past few months has been assessing the properties, coming up with possible configurations, and exploring what incentives and grants may be out there. FHC and FDHC are working with Brinshore Development, LLC to create the plan, which must also be approved by HUD.
Originally VanPoucker and the Board’s eyes were on the most challenging property – Autumn House – because of the need for so many repairs.

However, addressing the needs and exploring the possibilities of the single-family homes has gotten moved to the front of the list due to Section 18 funding opportunities.  Incentives could help modernize some units, while sales of units could help fund adding more units and renovating the apartment buildings.
But the shift in focus does not mean that Autumn House will be ignored. A potential benefit of working on the scattered site homes first is that if residents do need to be temporarily displaced, they could ideally move to a unit within the FHC system.  Residents, by HUD rules, are guaranteed the right to return to the same unit once it is upgraded, if they chose to.
A concrete plan is still months away, and even then FHC and FDHC must be patient through the state application process.  “What we are working on now you won’t even start to see for a few years. But it is going to completely change the face of public housing in Ferndale – for the better.”
Change, of course, is a scary word, especially for residents who remember the years of

mismanagement before VanPoucker’s arrival.
“Building trust has been a huge process,” she said.  Yet the residents have come together as a community, taking part in resident groups, enjoying access to common spaces, coming to the board meetings, and having holiday gatherings.
And with the RAD process, VanPoucker and her team have been working hard to go above and beyond the federally-required communications to have the residents engaged.
Part of that education process was taking busloads of FHC residents on a field trip to Ypsilanti and Taylor to check out the properties that had undergone RAD conversion and talk to the residents about what the process was like for them.
Some common questions arise in any RAD conversion, and the

HUD website has a FAQ page that helps clear up rumors and fears, with the key points being:
~RAD allows public housing agencies to leverage public and private debt and equity in order to reinvest in the public housing stock. This is critical given the backlog of public housing capital needs – estimated at over $35 billion.
~In RAD, units move to a Section 8 platform with a long-term contract that, by law, must be renewed in perpetuity. A Use Agreement is also recorded under RAD further enforcing HUD’s long-term interest. This ensures that the units remain permanently affordable to low-income households.
~Residents benefit from a right of return, a prohibition against re-screening, and robust notification and relocation rights. Residents continue to pay 30% of their adjusted income towards the rent, maintain the same basic rights

as they possess in the public housing program, and gain a new option to request tenant-based assistance if they wish to subsequently move from the property.
~RAD maintains the ongoing public stewardship of the converted property through clear rules requiring ongoing ownership or control by a public or non-profit entity.
~RAD is highly cost-effective, relying on shifting existing levels of public housing funds to the Section 8 accounts as properties convert.
VanPoucker is emphatic that a RAD Conversion does not mean the end of public housing.  “All of us are in this because we care about the residents and we care about having housing that our residents, and our community, can be proud of.”
The City of Ferndale – which is a distinct entity from the FHC – is also looking

at issues of affordable housing and how to keep a variety of housing options for people at many income levels.  Earlier this year they commissioned a market study on housing needs and availability.  They also established an affordable housing policy that requires developers building with 25 or more units to reserve 25% of the units for affordable housing.  The requirement applies to future projects, not ones currently under construction.  It also, by Michigan law, only to those that involve city-owned land or tax incentives.
Oakland County Times has been reporting on the Ferndale Housing Commission in depth since 2014 when we began hearing resident’s concerns and investigating complaints.  For a collection of previous articles click here. 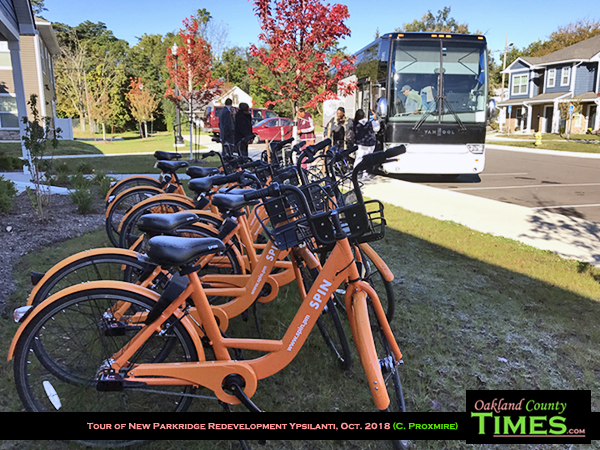 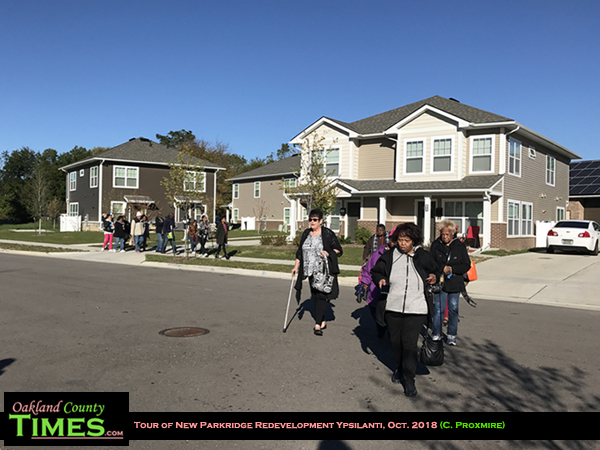 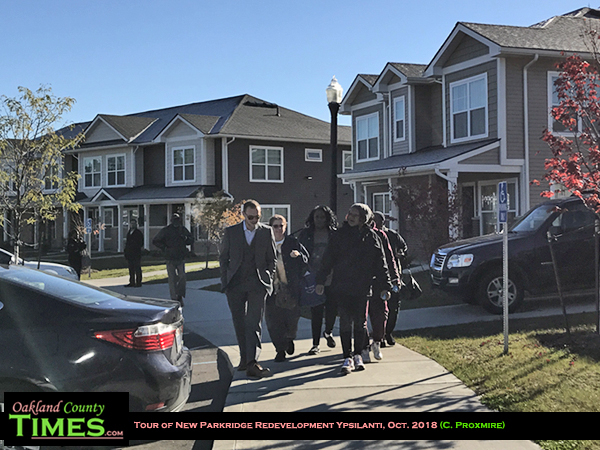 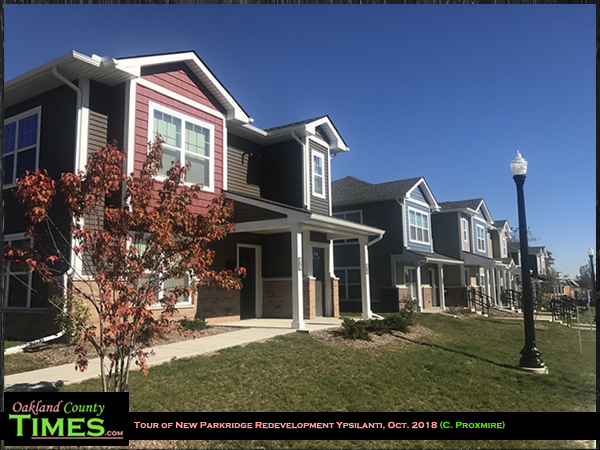 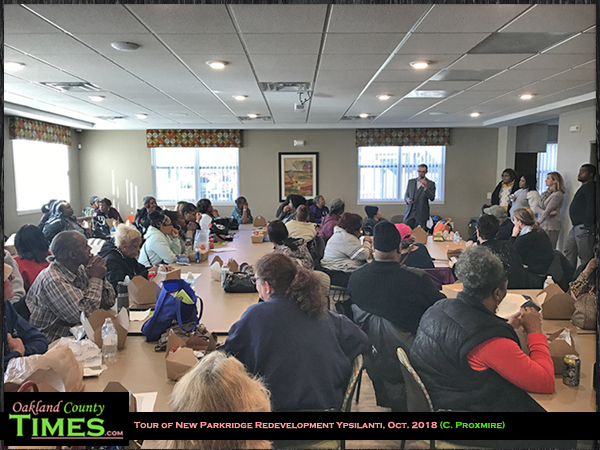