Inside the Passenger Seat for Holly Oaks ORV Park Preview

Inside the Passenger Seat for Holly Oaks ORV Park Preview

(Crystal A. Proxmire, Sept. 13, 2019)
Groveland Twp, MI- Local officials made tracks in July as they and media were among the first to enjoy the new Holly Oaks ORV Park which will open to the public in the spring.
There is also a limited opportunity as Michigan 4Fest takes over the park for a charity preview on Saturday benefiting Ronald McDonald House Charities.  Tickets for the day are available at EventBrite.
The experience in August left an impression among the elected officials, including County Commissioner Gary McGillvary of Madison Heights who serves as secretary of the Parks Commission.  “A lot of people invest in their jeeps,” he said. “It’s an expensive hobby, with big big bucks, and it’s nice to have someplace here in Oakland County that’s not too far for people to come out and enjoy their investment.”

Bob DePalma, Groveland Township Supervisor, was among those who hopped in for a test ride.  “We’ve been working on this project five years and it’s such a great thing,” DePalma said. “We’re making use of an old mining site to make something people can enjoy. We hope it will be a spark plug for even more development.”
The park sits in Groveland Township on the border of Holly, near the Holly I-75 exits. It’s creation was made possible with lots of planning and collaboration with both townships, the county and the state.  Michigan DNR obtained the land and is working in partnership with Oakland County to maintain and operate the park.
Interested groups are working with those bodies to create a master plan for Dixie Highway.  A meeting two years ago, for example, focused on how to incorporate history, natural features, and landmarks into a plan so that

growth can happen in a way that not only preserves green spaces, but makes them more interactive, and controls the growth of businesses that will follow.
“You know, up north in Oakland County is all about recreation,” said Holly Township Supervisor George Kullis.  “We’ve got skiing at Mt. Holly, the Renaissance Festival, mountain bike trails, kayaking on the Shiawassee River.  You put all of that together and that is a lot to do in one place.  The Dixie Byway is like the Route 66 of recreation.”
The women of “Wranglher,” a group of female Jeep enthusiasts with their own clothing line, led the tours up and down the steep hills of the former gravel pits.   Shadia Fathallah was among the drivers.

“It’s just something that is fun to do with the family,” she said. “It helps knowing other women who are into it.” She said she loves hearing from other women and answering questions on the group’s Facebook page.
Drivers of DNR-licensed ORVs such as 4 wheel drive vehicles, ATVs, dirt-bikes, and motorcycles will be able to purchase day passes once the park opens next year.  Over 100 acres have already been landscaped into hills and pathways, and 235 acres will be done in total.
Learn more about the project at Holly Oaks website.
Previous stories:
Excitement Grows Around ORV Park as Holly Community Learns Details, 2019 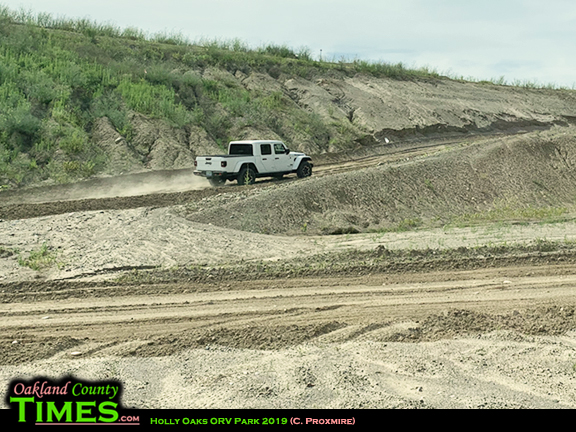 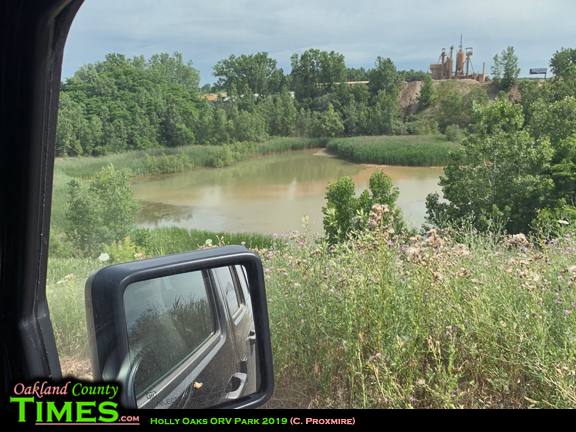 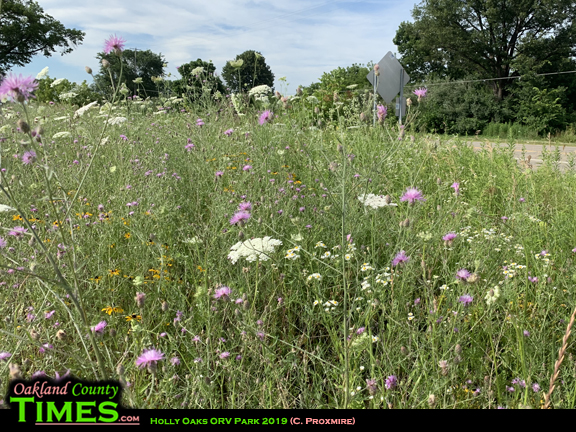 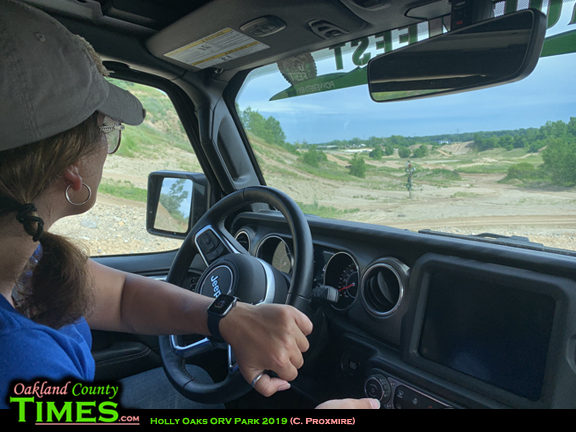 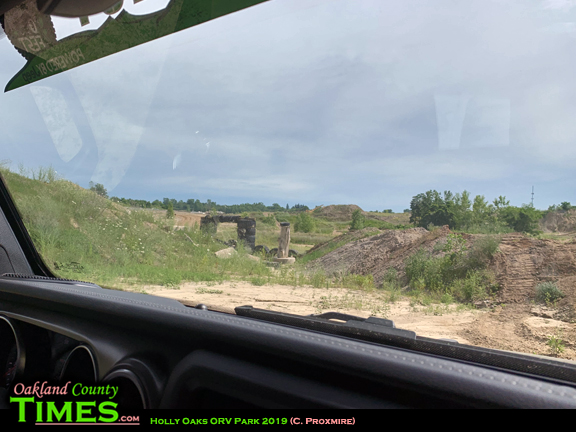