Location
(Crystal A. Proxmire, Aug. 30, 2019)
Holly, MI- Pastor Marvin Gerbig, formerly of Holly Church of the Nazarene, was on hand for the grand opening of Spot Shooter Archery’s new location, and for the establishment’s annual Bow Fest.  Not only did he spend the day saying prayers of blessing for the bows brought in by hunters from all across the state, he also helped make the ribbon cutting unique.
Jim and Bibi Beasley stood center of the red ribbon, with officials from the Village of Holly, Holly Township, Oakland County, and the Holly Area Chamber of Commerce at his side.  Plus there were dozens of friends, family, and customers there to cheer them on.
And the words of Pastor Marvin.

“Jim put himself in a position to be blessed,” Pastor Marvin said.  “Jim has joined in that circle of love of Jesus. In that circle of love it frees you to be yourself, and it frees you to be successful.”
“Here’s a new plaque for this newly expanded space,” said Holly Chamber Director Richard Kinnemon.
“We couldn’t be prouder,” said DDA Director/Village Assistant Manager Katy Hughes.
With a snip of the giant scissors, the ribbon was cut and the crowd made its way inside the store, which also includes an archery range and a repair center.  Beasley and his crew are proud to custom string all types of bows, using high quality KillerBeez strings.
The right components make the difference, a fact that has helped Beasley claim over two dozen state and national titles for archery.  The walls of the hallway between the shop and the range are lined with awards and photos of successful hunters posing with their animal

trophies, showcasing not only his success but those of the customers he considers to be like family.
There are also several mounted deer heads on the walls.  Some of those were done by W3 Taxidermy, who was also on hand with an info booth and a mounted beaver.   “It helps so customers can see our work,” said proprietor John Warner.
“In this business you refine what you do. It takes flexibility. And you work with people who can refer business your way. My customers are hunters, and so are Jim’s, so it makes sense to work together so we can both be successful,” Warner said.
Also among the booths were Veterans accepting donations for the VFW, and other suppliers of bows, arrows, hunting gear, and more.
Spot Shooter Archery’s new location is 15229 Apollo, Holly.  Find out more at www.spotshooterarchery.com. 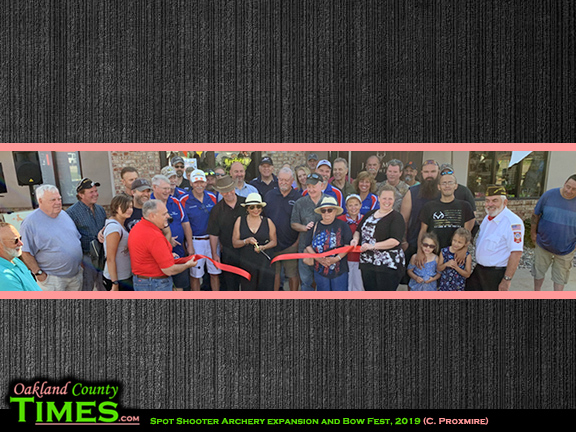 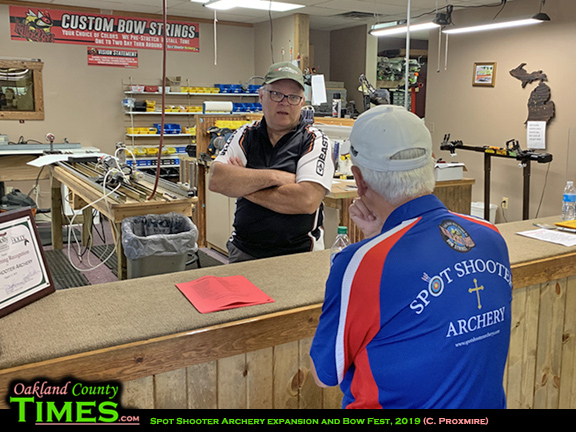 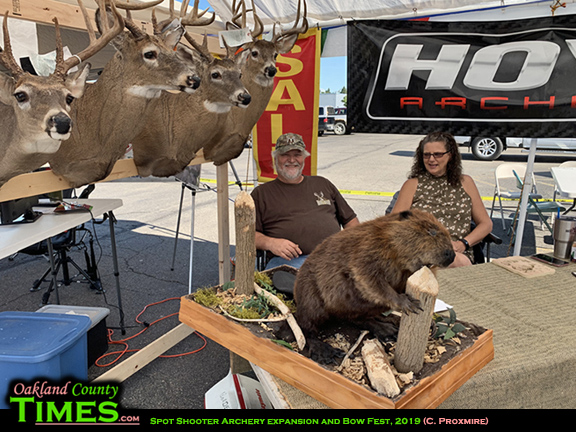 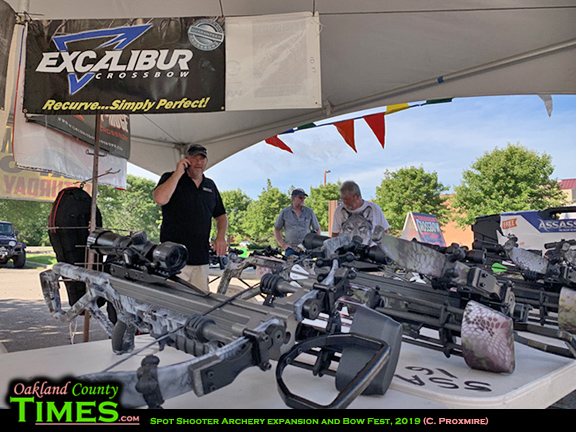 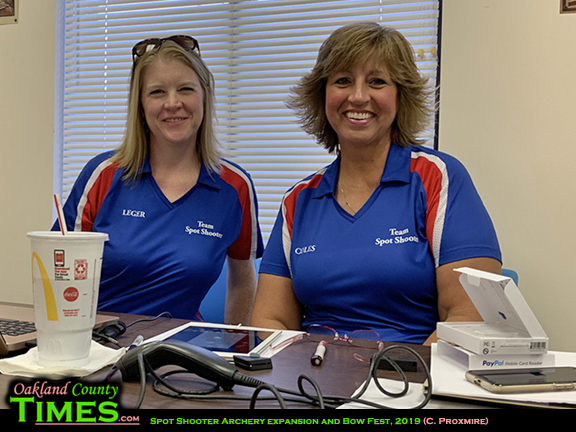 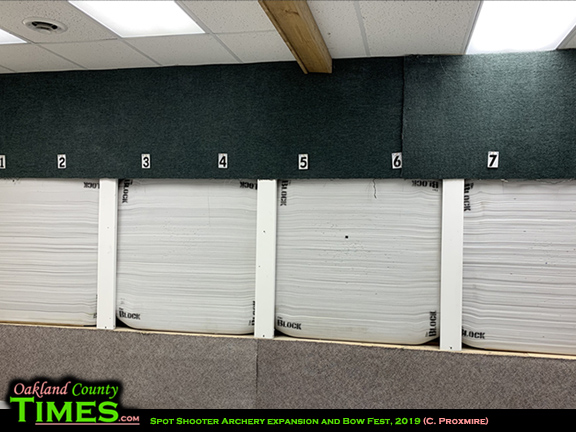 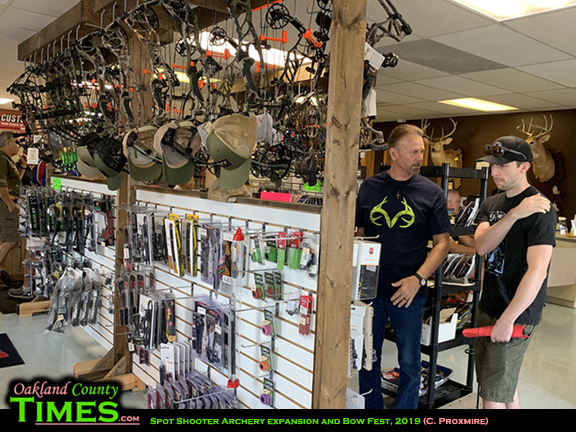 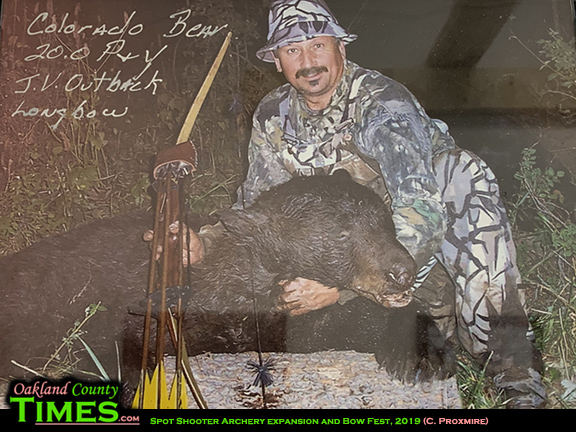 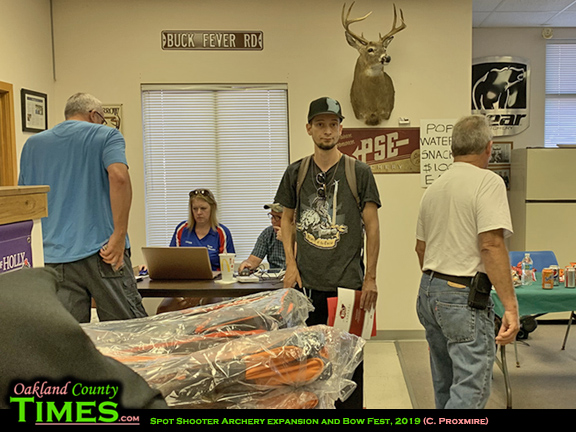 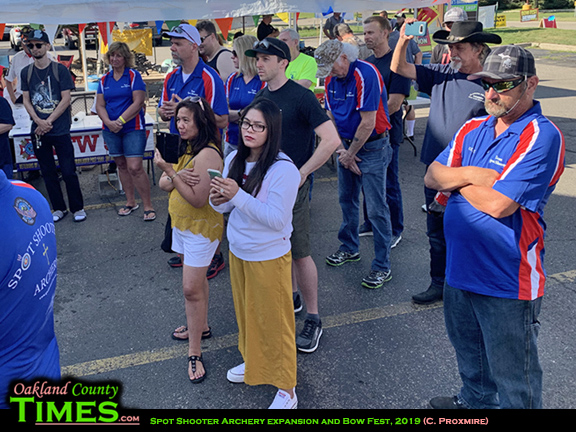 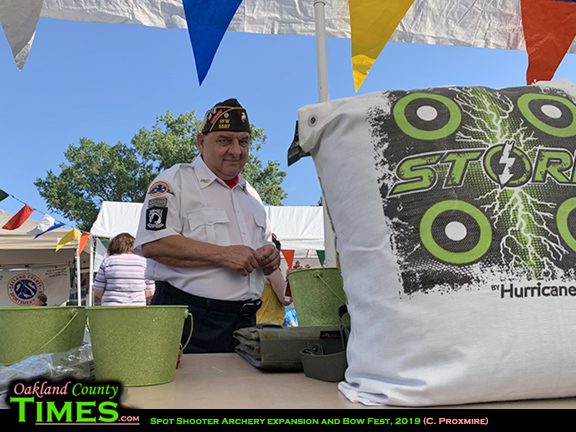 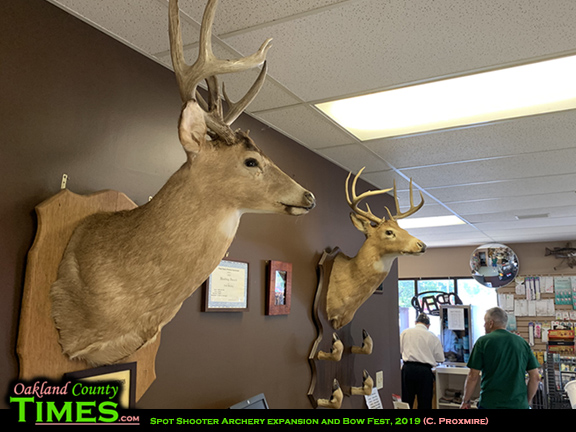 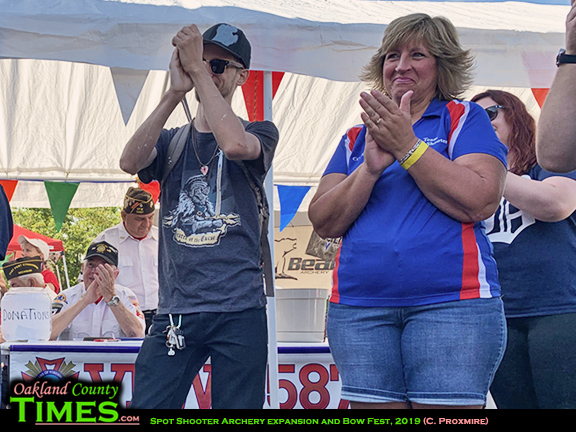 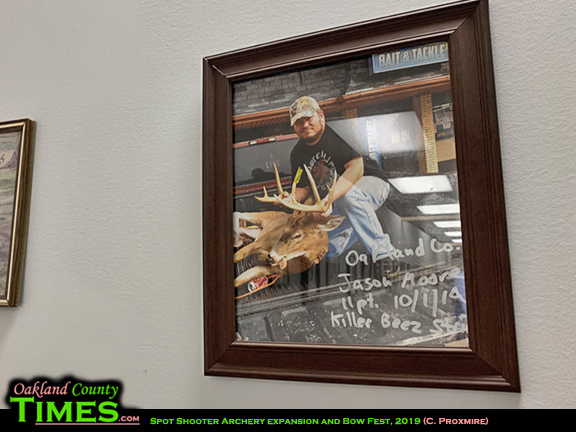 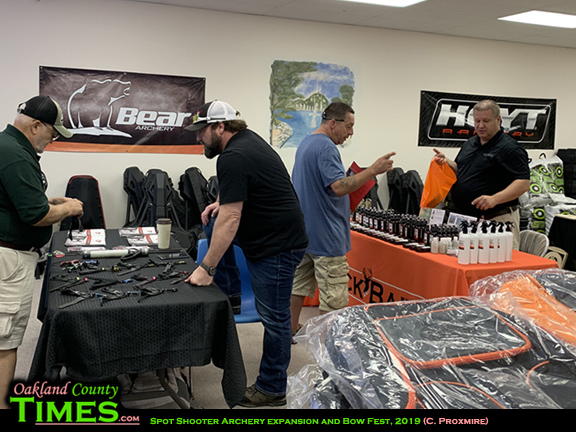 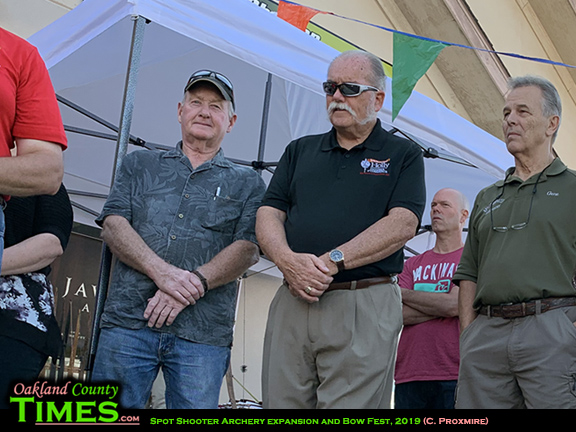 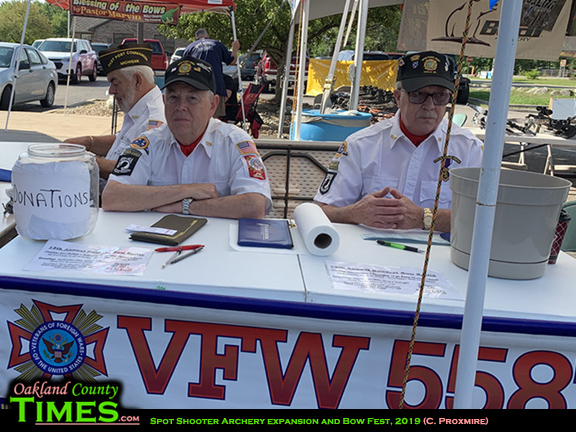 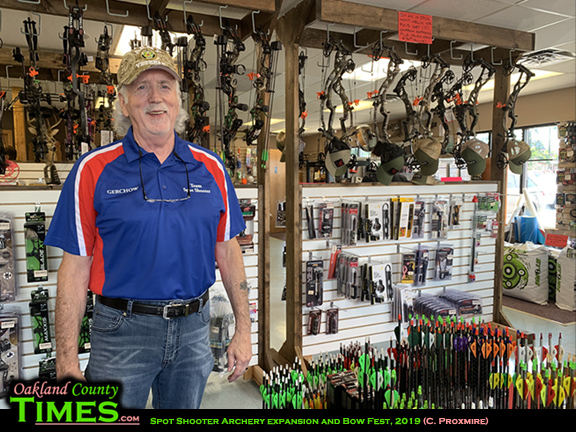 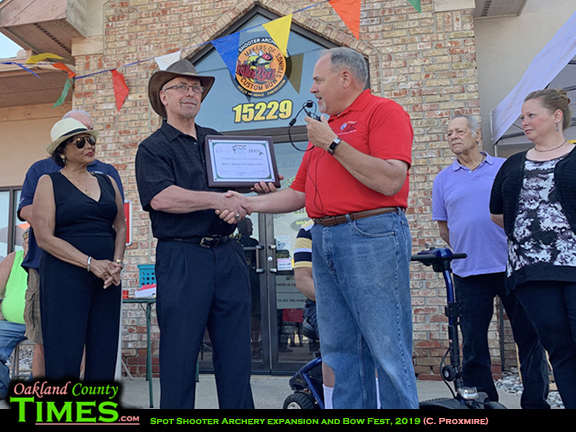