Gunshots Injure Two Men Outside Bosco Lounge, Police Seeking Information
(Crystal A. Proxmire, Aug. 30, 2019)
Ferndale, MI- An exchange of gunfire left two men injured early Friday morning in front of The Bosco Lounge in Downtown Ferndale.  Police are asking that anyone who may have seen the shooting or the events leading to it come forward with more information.
“In a crowd of over 100 people, only three called police to say that someone had been shot” said Ferndale Sargent Baron Brown. One of those people, he said, was an eighth of a mile away and not among the club’s patrons.

It happened just after 1 am Friday morning.  The investigation is still ongoing, so police are not releasing many details.
However, Brown told reporters at a press conference that a 37-year-old man from Detroit was shot multiple times and was hospitalized with critical injuries. Another man, a 36-year-old from Detroit, was taken to the hospital before police arrived with an injury to his hand.
There are two men in custody, one man in the hospital, and there were three handguns recovered from the scene.
“Right now our focus as I’m driving towards why this happened, what was the trigger … that set this all off,” Brown said.
Bosco owner Jay Noonchester said the incident happened outside of the club, by someone that was not allowed in.  “We do security checks when everybody comes in. We search to make sure no one is bringing in outside alcohol or weapons. We scan everybody’s ID.  We want everyone to be safe and have a good time,” he said.
The club is expected to open tonight for a special event, Noonchester said.  “Why should one person ruin it for everyone?” he said.
Brown said the incident was isolated.  “We’re very confident that there’s no risk to the public. There’s nobody outstanding that we don’t know about. We’re not looking for anybody. We believe everybody that is involved in the incident has been identified or at least preliminarily talked to,” he said.
In Oct. of 2018 shots were fired outside of the club as well.  There were no injuries and the culprit was never found.  Noonchester said he believed the shooter was not someone associated with the club, but someone who “wanted to scare people.”
Ferndale also faced gun violence earlier this year when a senior citizen at Withington West Apartments open-fired in the hallway towards his neighbors before barricading himself in his room and taking his own life.
This story will be updated as more information becomes available. 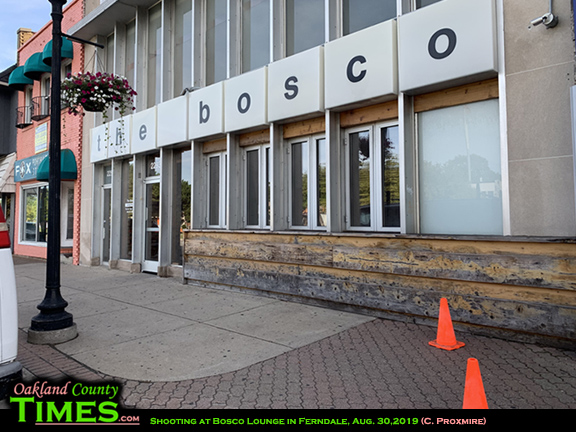 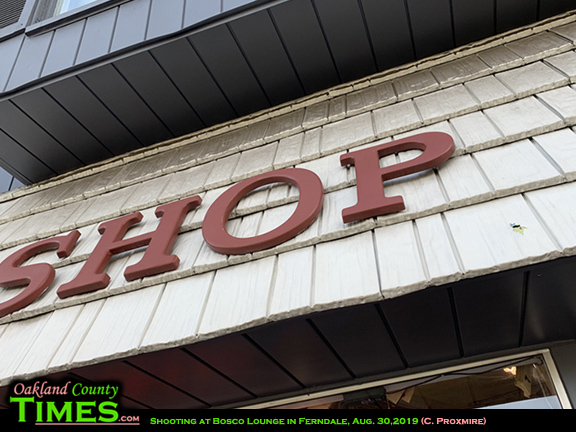 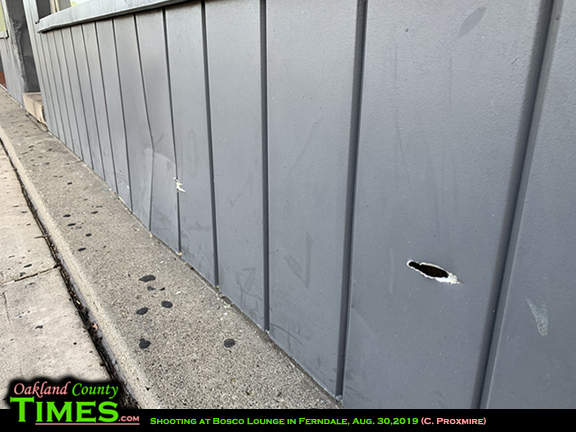 NOTE:  Police Reports come directly from the Police Department or agency involved and are written by the person or agency listed below the title.  We generally run these “as is” or with minimal editing for punctuation, spelling, etc. Suspects should not be presumed guilty.  Those needing more information about a case are encouraged to follow up with the reporting agency or court system for the most current information.
This story is presented without advertising due to the subject matter. Please support our sponsors at http://oaklandcounty115.com/sponsorshipadvertising/.