Debate Night
(Carey Gustafson, July 31, 2019)
Detroit, MI-  Presidential hopeful Kamala Harris was among the candidates at the CNN debates for Democratic candidates Tuesday and Wednesday nights.  Prior to taking the stage at Detroit’s Fox Theatre, Harris met with supporters at a campaign event hosted by Congressperson Brenda Lawrence at her pre-debate party at the Whittier Building.
A diverse group of people enjoyed a catered dinner and live DJ, and of course they were excited to greet Harris around 6:30 pm. Dozens of selfies ensued.
Harris, who is a Senator from California, walked the floor speaking on her platform and talking points.  Medicare for all, student loan forgiveness, and the Green New Deal were some 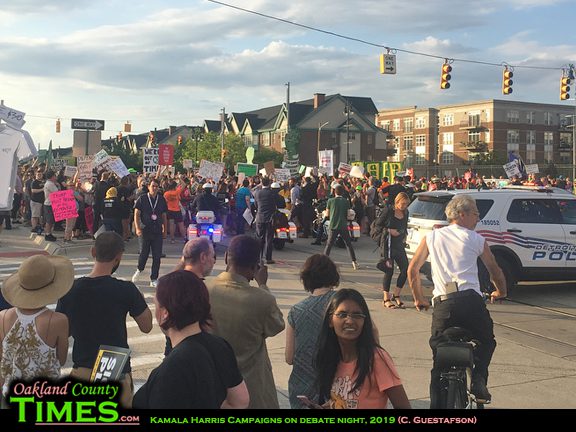 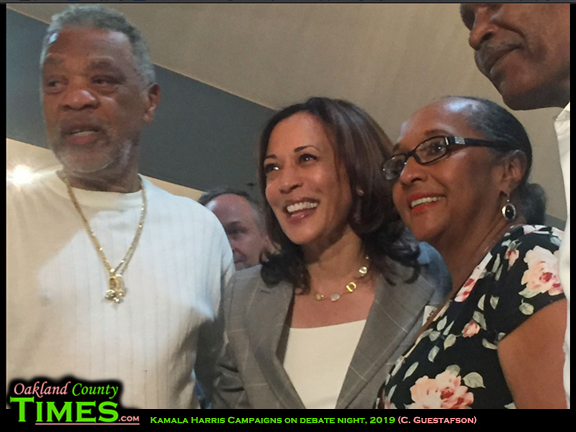 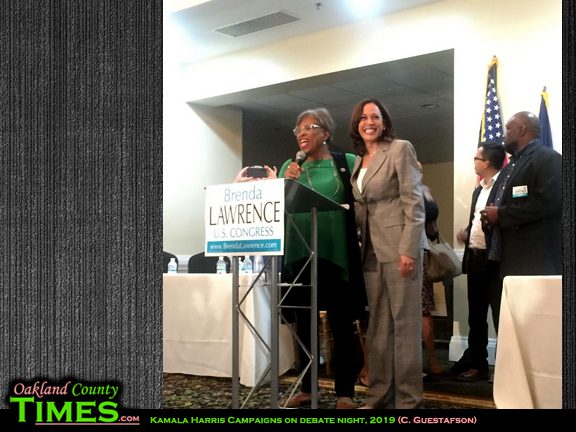 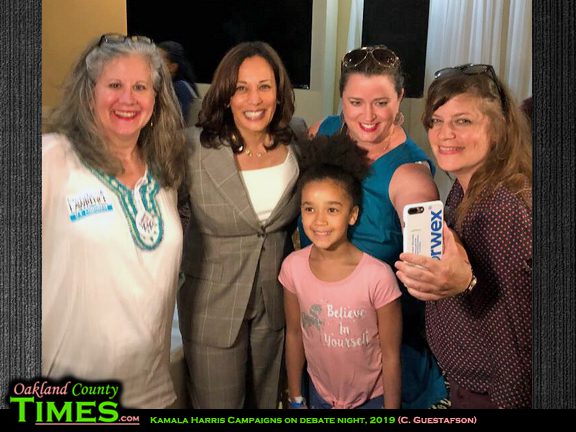