(Carey Gustafson, July 28, 2019)
Detroit, MI- The atmosphere at Detroit’s Fillmore Theater was full of excitement and anticipation. Many middle aged folks, young men and women, families of all ages and guests packed the historic space to see and hear Mayor Pete Buttigieg, including his own mother who came for the occasion.
A merchandise stand with a line almost out the front door was in main lobby, women greeted guests and handed out Michigan For Pete signs, and a young man, himself from South Bend, Indiana, invited people to write out questions for a live drawing during his time on stage.
He didn’t share his name but was excited to be helping out of town and said “it’s just crazy!”

when I asked how are ‘things’ feeling around the town, back home.
Julie Boyle of Troy was there with her daughters, each holding Mayor Pete swag as they walked toward the theater seating.
Mrs Boyle is certain she’ll be voting for candidate Buttigieg. When asked if she may not have the opportunity in the general election what she would do, she hesitated and said, “…I don’t know what I’ll do.”
Supporters found their spots in general seating and standing to the sounds of DeBarge’s ‘Rhythm of the Night”, “What I like about you” by the Romantics, plus songs by Aretha Franklin, Smokey Robinson, and other Detroit artists.
Danielle Atkinson, the founding Director of Mothering Justice, a statewide nonprofit working

to improve the lives of Michigan Mothers of Color spoke briefly before introducing the candidate. She also came out to randomly draw and read the questions filled out by attendees.
Buttigieg took the stage around 6:40pm and spoke a little over 30 minutes, saving almost as much time to take selfies with guests in the crowd.
He covered a broad list of issues and ideas he feels are in need of attention and reform from climate change, gun control, voter suppression, care for Veterans and concentration on education, raising minimum wage, social security and more.
In regards to immigration, Buttigieg said “(We) say ‘Welcome’ to a stranger– Stranger is a synonym for ‘Immigrant’.”
When asked about the Electoral College he maintained that “it will be in effect for this election, but I believe we should count ’em up and give the job to the person who gets the most

votes. Makes sense to me!”
He added, “It will take turning Independents, moral Republicans (who are horrified what’s happening in Washington), here in Michigan, Ohio, on to ideas and policies that will interest them. Voting cycles tend to turn and vote opposite, and I can’t imagine someone more ‘the opposite’ than a guy like me!”
“I think 2020 will be the election we’ll be telling our children and grandchildren about. I want to tell them what I did in 2020 to effect change. That we put someone in office that will

protect their environment, keep them working and prospering, moving the pulleys and levers of Government for everyday life, for all of us.”
In April Presidential hopeful Senator Bernie Sanders visited Warren, and in March Beto O’Rourke visited Ferndale. Kristen Gillibrand made a stop in Bloomfiled Hills earlier this month.
Oakland County Times is inviting all candidates for office to do short video interviews for the 2019 and 2020 elections.  To set up an interview contact editor@oc115.com.
More information:
2019 election
2020 election 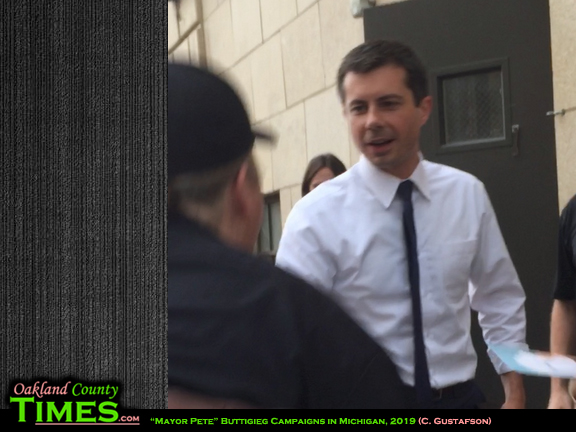 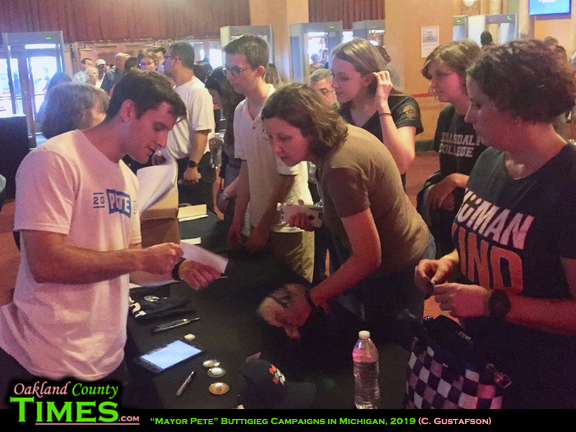 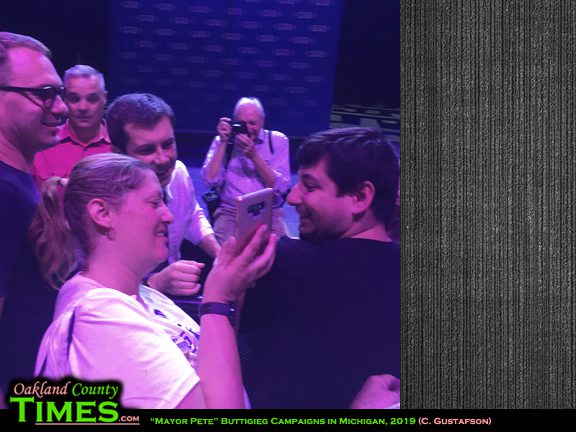 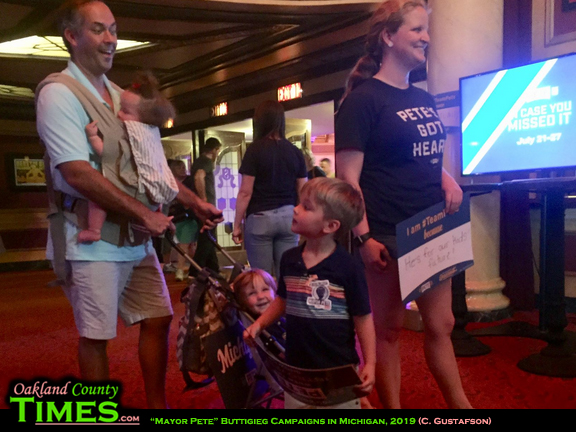 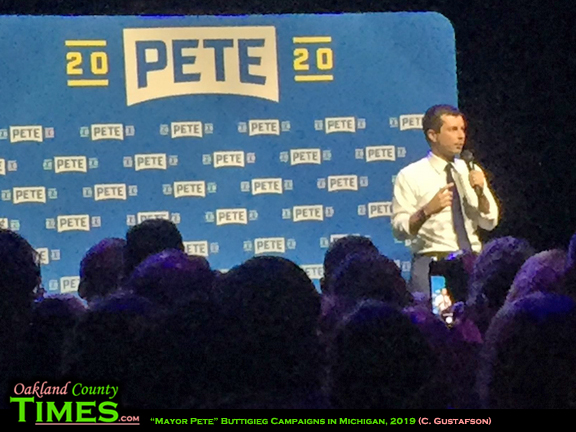