(CP Proxmire, July 27, 2019)
Ferndale, MI – The newly constructed skate park at Geary Park in Ferndale has been packed with kids and adults since it opened earlier this month. But those who came Saturday morning got a special treat. Skateboarding star Tony Hawk, whose foundation funded the park, showed up for an unexpected visit and to test it out.
Residents were in awe, with some even too shy to take pictures. Corey Parent snapped one of the superstar. “I didn’t really get to meet him. Only said thank you to him and his foundation for helping to fund the skate park.”
Emily Fisher got to chat with Hawk. “I hand-painted my skateboard with

my favorite punk rock band’s cover on it. Tony Hawk is also a huge fan of the Dead Milkmen. It was magical. The Dead Milkmen have a popular song called “punk rock girl” and that was the first thing he said when he saw my board! Another song they have is called “Bitchin’ Camaro.” Tony said every time he sees a Camaro he has to say Bitchin’ Camaro. We agreed bitchin’ is one of the best words. It was everything I could of dreamed of since I’ve been skating for about ten years,” Fisher said.
Bob Bonnell took video of Hawk enjoying the park.  “I didn’t talk to him,” Bonnell said.  “He was just chilling, skating around the park. A couple people went up and talked to him. He was super cool and just chill.  One little kid did yell at him ‘Hey are you Tony Hawk?’  It was hilarious. For the most part everybody was just doing their thing at the Skatepark.”
The 2018 grant gave Ferndale $250,000 towards the parks construction as part of a collaboration between the Tony Hawk Foundation and the Ralph C. Wilson, Jr. Foundation. Detroit, Ypsilanti, and Port Huron also received the grant. For information about the Tony Hawk Foundation, visit www.tonyhawkfoundation.org. 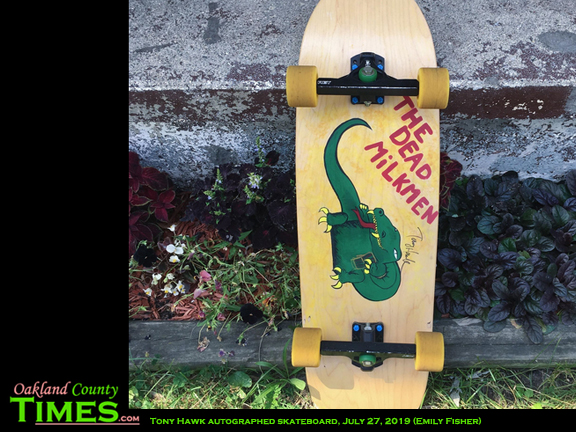 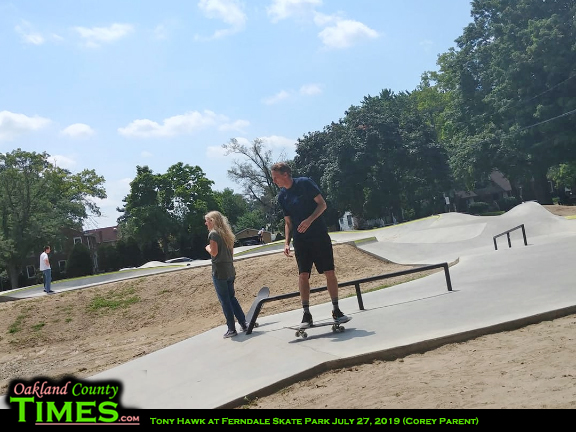 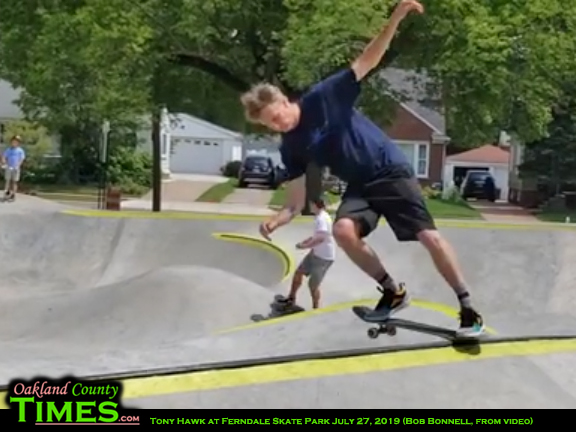 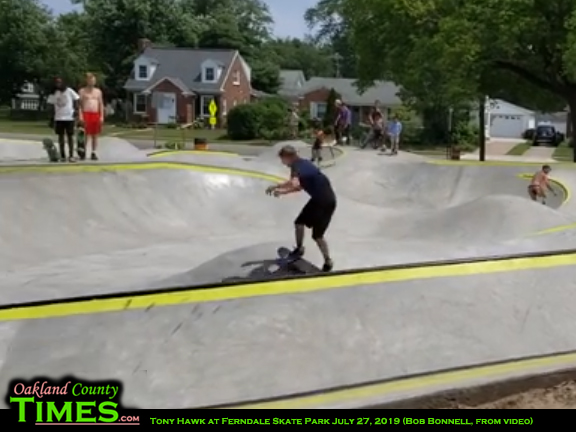 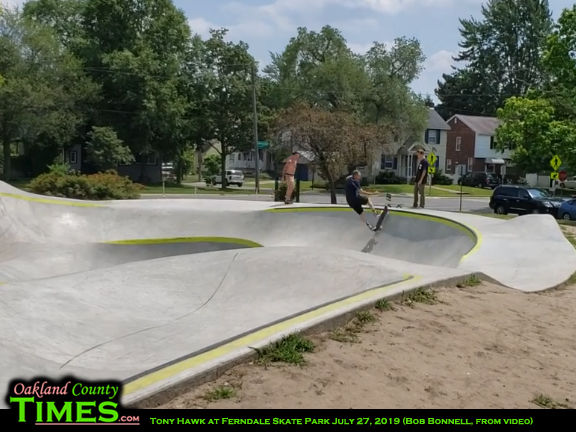