(Sam Gurwin, July 27, 21019)
Ferndale, MI – Mid-Summer is always included one of Metro-Detroit’s best festivals, The Pig and Whiskey in Ferndale, Michigan!
Fueling both the palates and community are the non-profits that are a mainstay at the Festival. All of the pourings of alcohol are done by charities, and they keep the tips for their organization.
One challenge this year was the weather being so hot and rainy.
“It’s extremely hot; a little tougher” said the man slinging pork at Hog of Hog Wild BBQ. Several other Vendors mentioned the weather but all were pulling through.
Free water in the Library courtyard helped, and of course the Ferndale Paramedics were on hand in case anyone got over-heated.  Getting around was also easier this year as the festival  had an

arrangement with LYFT, the ride-share company, to offer discounts on rides to and from the event. SMART and the City of Ferndale too had a shuttle service running for patron ease of access and safety.
Aedrielle of Ferndale said Pig & Whiskey “brings a lot of people down here, a lot of attention- people from other cities and people come to eat and so that’s pretty cool”
Jim & Dawn from Indiana were attending the festival during the downtime from Jim’s job. “It’s cool” Jim mentioned about the Festival and Dawn liked the music. They were having fun playing cornhole..
Janet, Teresa, and Phil of Royal Oak were hanging out before one of the musical acts. Janet spoke for the group and said ,”I Love it! A huge assortment of food, not just vendors. They have their stage along Woodward Avenue which is a really good idea”.
Music Executive Cosmo Jones of Bedrock LA, a 40,000 square foot Grammy-winning studio in Los Angeles, who was checking out the music acts at the Festival. His studio services 2,500 musicians a week. Our conversation came to how music artists are not able to afford the music scenes in Los Angeles or New York due to the Cost of Living.

He said Detroit had a thriving scene with a reasonable Cost-of-Living. “I think (Detroit) is a great opportunity for artists to come here and do their art and not get priced of the the neighborhood like every cool neighborhood in LA,” he said.   Detroit is “Starting to pop” in the arts & musically,” he said.
Gabe of Lansing owns Smoke & Pig Barbecue. “It is all about good barbecue and different kinds of Whiskey,” he said of the event.  He had been at Detroit River Days, Royal Oak Rib Fest and a few other festivals, finding that there is more opportunity in SE Michigan than the Lansing area for his truck.
Hog of Flushing is a 5-year Veteran of the Pig & Whiskey. “I love the Pig & Whiskey. They can’t have a Pig & Whiskey without me! I love it- it’s a really good time,” he said.  His huge

home-made smokercooks brisket, pulled pork, rib, rib tips, chicken and chicken wings. “I designed it and had another guy built it,” he said.  It’s made from an old Propane Drum and Boat Trailer.
WolfDarling and Adventures with Vultures were among the bands that kept the festival rocking through the weekend.
Learn more about this annual event at https://pigandwhiskeyferndale.com/
Find more things to do at the Oakland County Times Event Page. 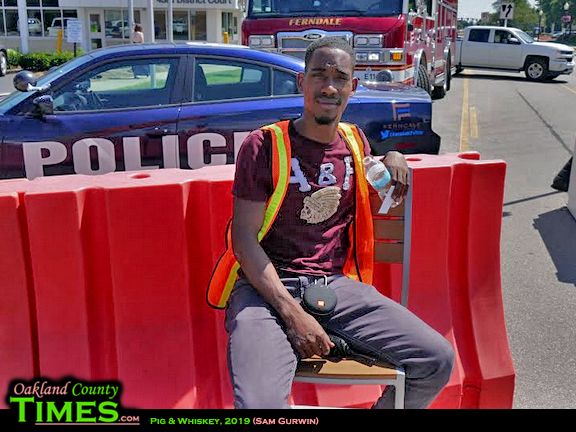 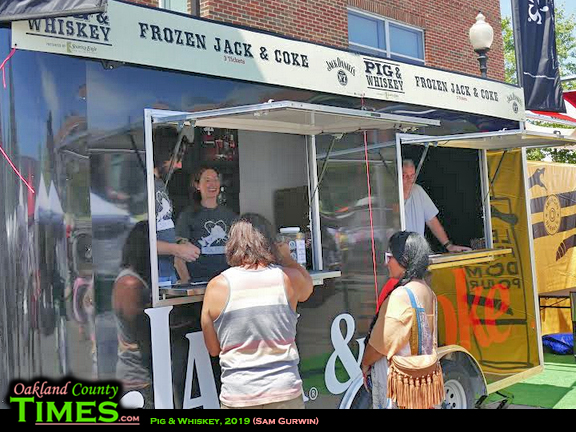 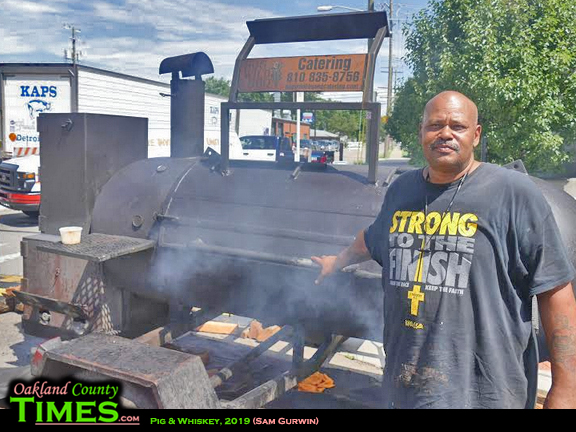 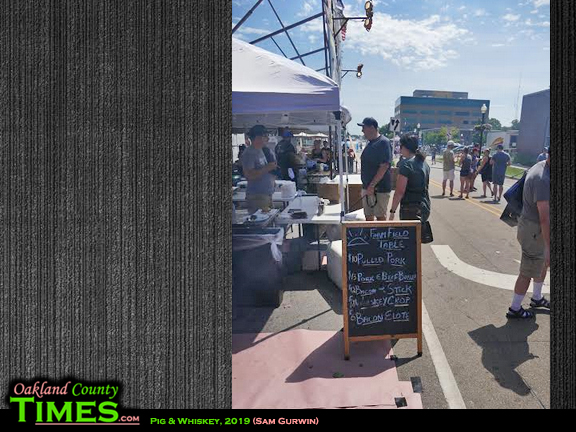 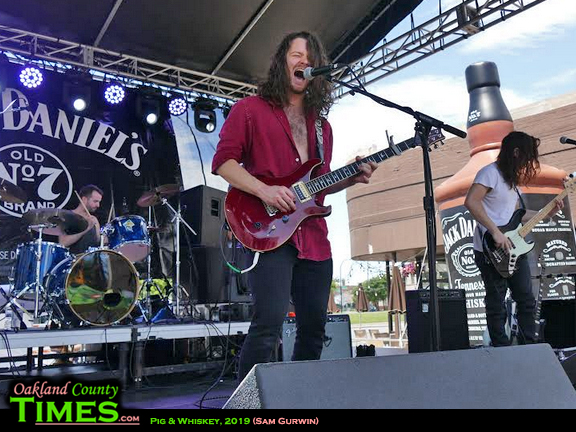 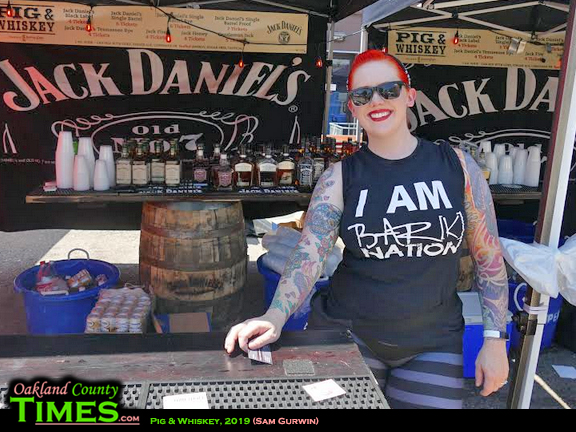 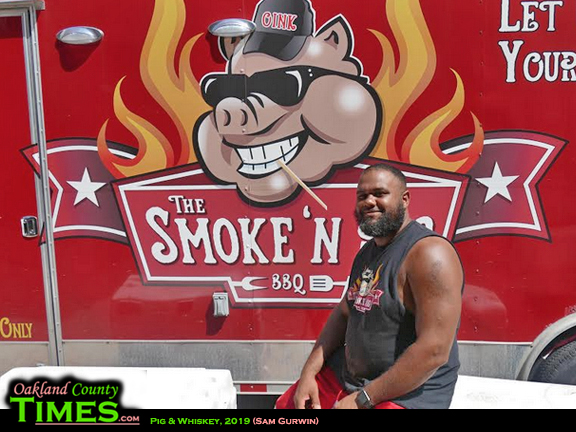 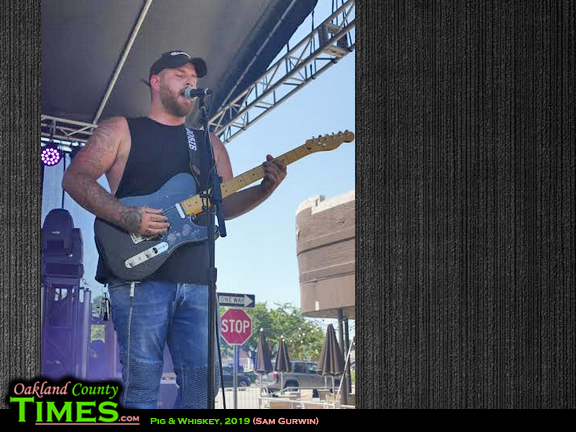 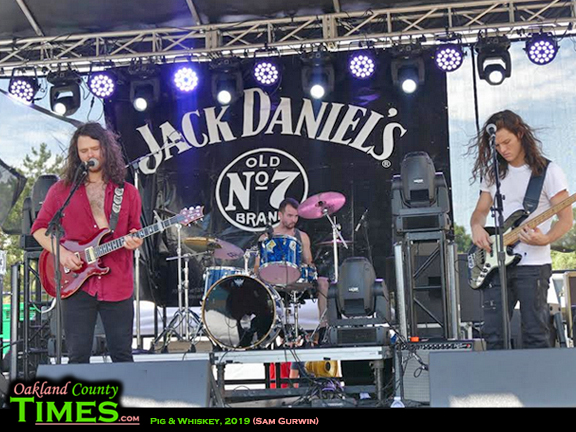 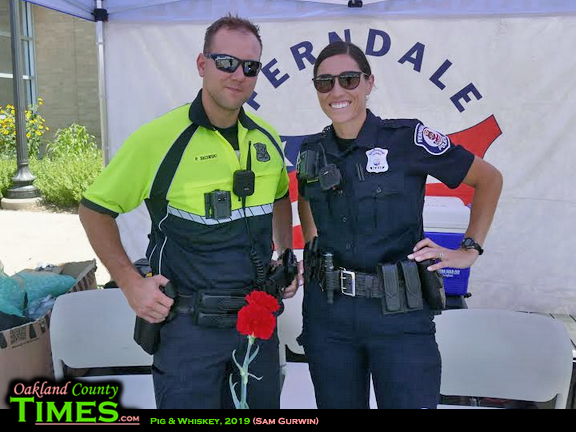 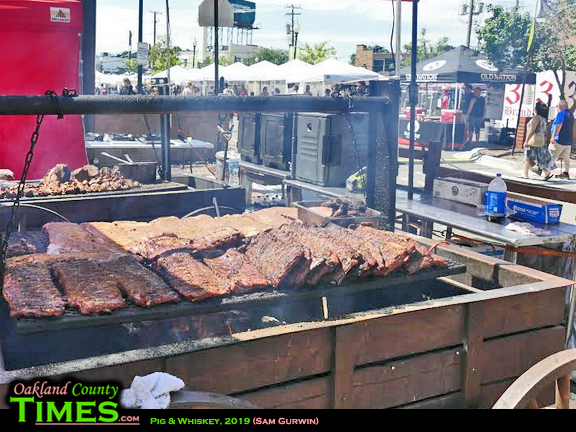 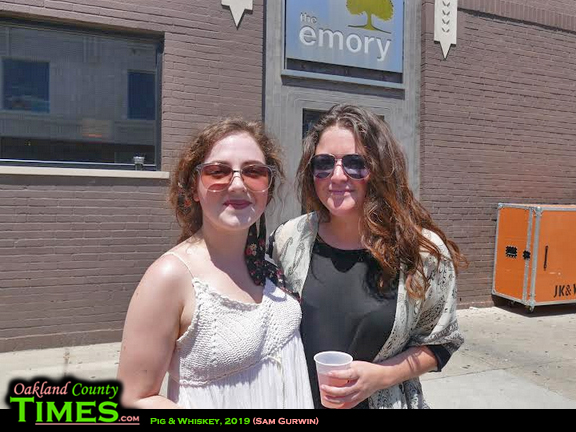 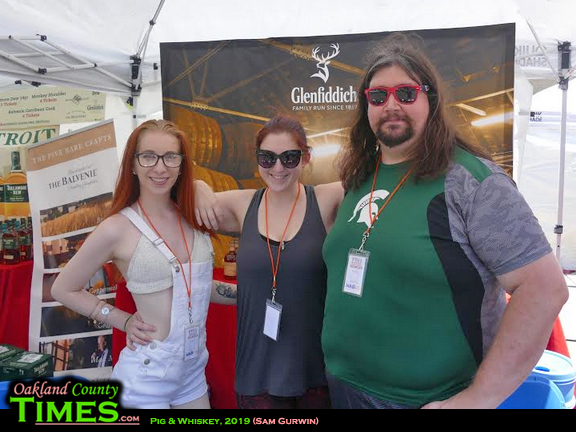