has Oakland County Women Constructing and Owning Homes
(Mark H. Stowers, July 13, 2019)
Check out our “Get Involved Guide” for more stories about local organizations. Thank you to Bosco Lounge for sponsoring this series.  Want to contribute a write up of a group you care about?  Message editor@oc115.com with your idea.
Pontiac, MI- The idea for Habitat for Humanity has been around since the early 1970s when Linda and Millard Fuller came up with the idea of “partnership housing” in Americus, Georgia. The concept included the idea that the eventual home owner would help build the house and those helping would also provide a mortgage and financial education – at no cost.

These days the International movement, according to its website, “works in all 50 states in the U.S. and in more than 70 countries and has helped more than 22 million people achieve strength, stability and independence through safe, decent and affordable shelter.”
In Oakland County, the Habitat for Humanity chapter has a special niche – women builders. Women across Oakland County come together to further spearhead the charity with a female touch. Dena Vatalaro, Community and Faith Relationship Manager for Habitat for Humanity Oakland County, notes this special branch, Oakland County Women Build was begun by a woman looking to bring women together to help women in need.
“In 2014, a woman named Johnna Struck decided to basically start the local women build

group. Women Build is actually a movement that Habitat International promotes nationally here for various Habitat Affiliates.”
Struck pulled women together to build or rehab one house per year. Each woman that joins the movement pays a donation annually and comes out to build sites with a group they have recruited to help with the build. These have included church groups, book clubs, co-workers and other groups.
“They don’t have to have any skills as Habitat will lead them and by the end of the day, they have skills,” Vatalaro said.
.Julie McKee has been a member of the Women Build program for the past five years.
“I just feel

that home ownership is so important. It truly makes a difference in their lives. The people we’ve been able to get into homes – it’s been a great experience for them,” McKee said. “As Habitat says, ‘It’s a hand up, not a hand out.’”
Prospective home owners are screened and have to go through credit education classes, as well as put in 300 hours of sweat equity into Habitat projects. Habitat helps the homeowner find a mortgage.  Like any other homeowner, they are responsible for making the payments.
“Johnna Struck, the woman who started this, has a moving company and a lot of us have businesses in and around the home ownership. I own a title company where you go to buy and sell houses. We have a lot of realtors involved, as well as a lot of lenders. It’s typically through Habitat though.”

The organization has helped single moms, handicapped moms and more. The group of women that come together work to raise $100,000 to pay for the home or for the renovation of a home.
“We have started from scratch on a vacant piece of land, and the house we’re working on this year will be a remod,” McKee said. “It just depends on what Habitat has.”
She explained that Habitat also screens applicants and selects the family.  Often it’s a single mother.
One particular mom that was chosen had Lyme disease. In spite of struggling with the health issue, the

woman stuck with the program.  She credited the experience, and the home itself for helping her to heal.
“Once she got her home, her Lyme went into remission and she could work again,” she said. “We all work together, and stick together to make this happen.”
To learn more about the Women Build team of Oakland County Habitat for Humanity, contact Vatalaro at (248) 321-9649. Check out the website at www.habitatoakland.org.

Check out our “Get Involved Guide” for more stories about local organizations. Thank you to Bosco Lounge for sponsoring this series. 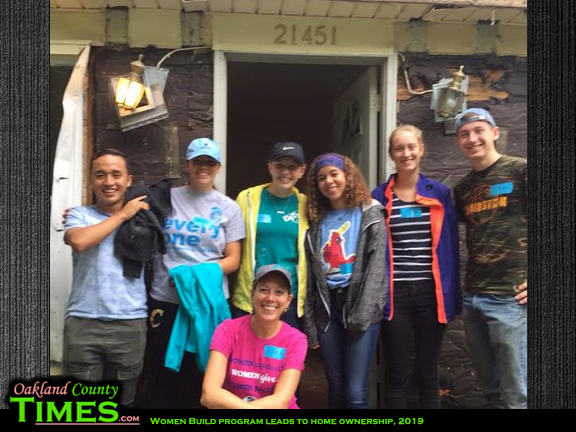 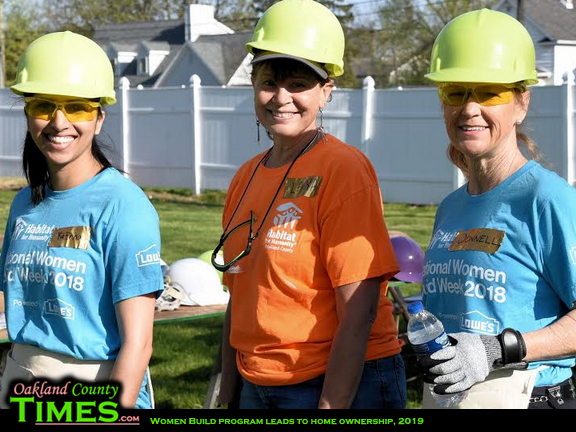 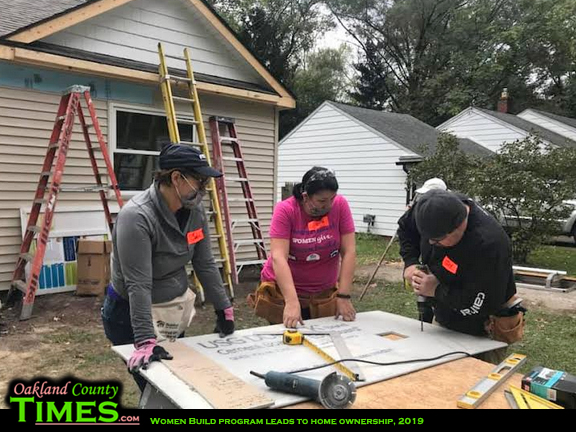 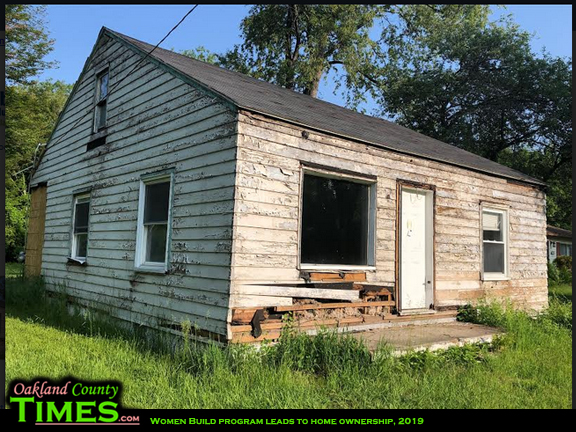