(Lara Mossa, July 10, 2019)
MADISON HEIGHTS, MI – Jennifer Ramirez spent the muggy afternoons of June creating the first of what could be several murals in Madison Heights. The City commissioned Ramirez to paint a scene on the four walls of the Civic Park shelter, located behind City Hall and the Police Station.
“If we can imagine better, we can create better,” said Ramirez, taking a break from the project.
A Madison Heights resident, Ramirez’s concept “The Power of Imagination” was one of nine proposals submitted to the Madison Heights Arts Board this past winter. The mural was unveiled at the June 30 fireworks. Ramirez started working on the mural in May. Using acrylic and

latex wall paint, pictures of a young man and a woman depicting inspiration came to light on the once-bare walls.
“A youth’s imagination is so important and so underutilized,” she said.  “The whole purpose of the mural is hopefully to inspire imagination. Somewhere along the lines, we have lost encouraging people’s imagination.”
The Arts Board was formed by City Council two years ago. The city held several fundraising events to pay for the project. The main sponsor of the $3,900 project is Plante Moran. Plus, the board held an arts exhibition to raise money, and other activities at local restaurants. In addition, Sherwin Williams contributed to the paint.
The board is trying to create positive momentum to bring arts into the city, said Chairperson Kymm Clark.
“The whole city in general is pretty excited about it,” she said. “We’re already thinking about

where we can put the next one and how we will receive proposals as well.”
The board is looking for public spots and businesses that might be willing to have art painted on their walls, she said. The whole idea is to make art more accessible and allow people to experience it through visualization as well as participation, she added.
“Its important people – particularly children – have art in their lives, so that they can understand the importance of the impact it has on the community,” she said.
Ramirez, 48, has done several pieces in the area including murals at Edmonson Elementary School.  She has sold numerous professional photographs too. An art teacher at Eisenhower

High School in Shelby Township, she has a bachelor’s degree in fine arts with a teaching certification from Eastern Michigan University and a master’s degree in studio arts from Maryland Institute College of Art. She and her husband, Victor, have two children.
“I think I love being able to express my thoughts through visual images and I just love doing it,” said Ramirez, who is interested in painting other murals for the city. “I love creating. There’s something in me – such a driving force to create.”
Check out the mural in Civic Park at 360 W 13 Mile Rd, Madison Heights.
For more local news visit our Oakland County Times MADISON HEIGHTS NEWS PAGE. 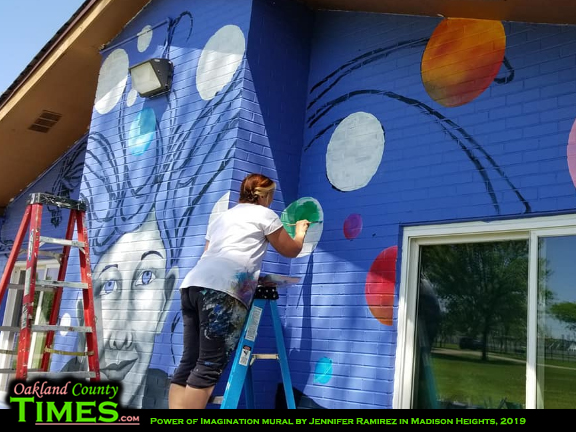 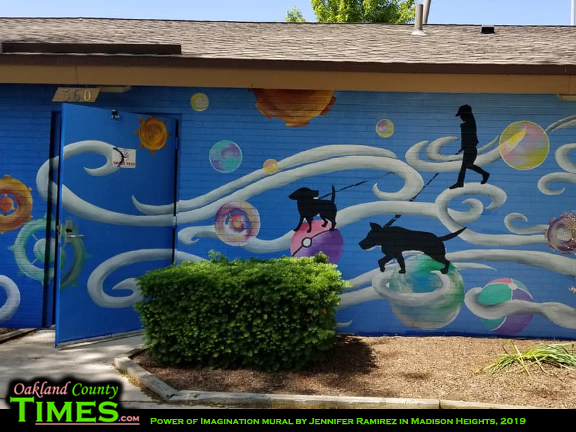 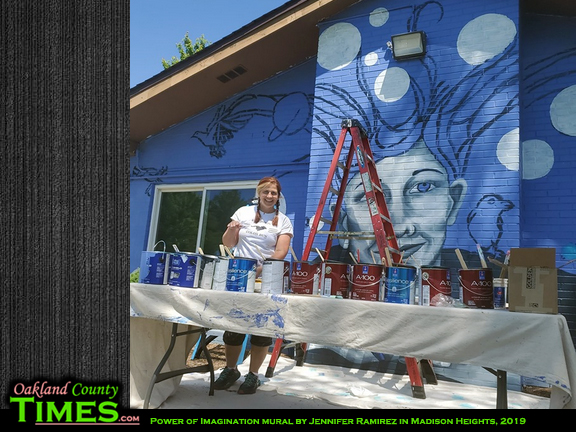 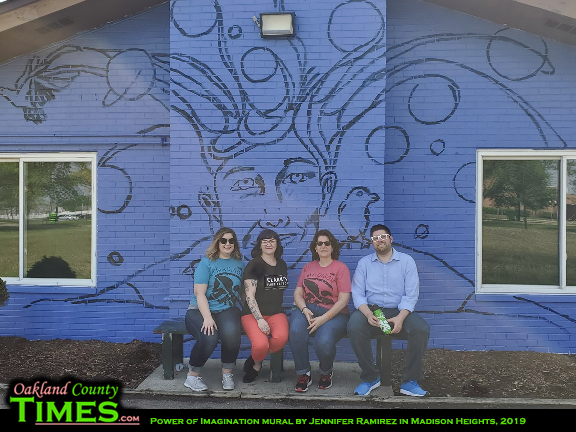