(Crystal A. Proxmire, June 25, 2019)
Ferndale, MI – Eric Brown, proprietor of Urbane Apartments, announced today that the purchase of the former Motorama Motel at 100 8 Mile Road on the corner of Woodward Avenue.
The motel had gotten a reputation for low rates and high crime, and the City of Ferndale had been in litigation with the owner since denying their business license in 2016.  The motel remained opened during the appeals process.
Now the motel is closed, and the $3million redevelopment will begin.
“I’m Super Jazzed to partner with The Ferlito Group to re-position this asset from 60 motel

rooms to 35, mostly 1Bed-1Bath Urbane-branded apartments,” Brown said.  In addition to the apartments, the building will include a coffee shop/bakery on the first floor in an area that used to be the motel swimming pool before it was covered over.
The giant billboard on top will stay, as an ongoing source of revenue.  But Brown is hoping to get permission to have art on the side opposite the profitable advertising space.
The plan is to have remodeling completed by fall.  Rents will range from $895-950.  There are two units available with two bedrooms, the rest will be single bedrooms.  The property will have similar features to other properties by Urbane, including metallic paneling and lime green accents.
Urbane already has two other smaller properties in Ferndale, as well as locations in Royal Oak, Madison Heights, Farmington, Milford, Dearborn and Detroit. Lean more about their offerings at www.urbaneapts.com. 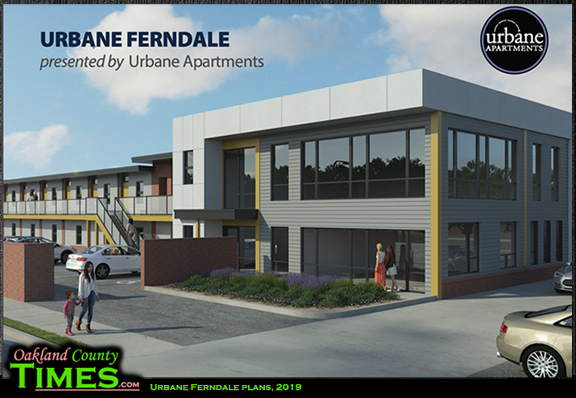 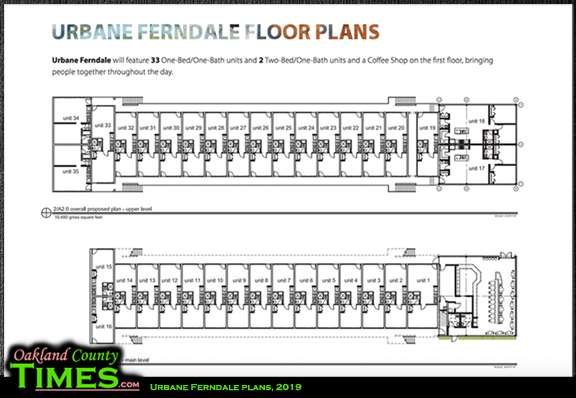 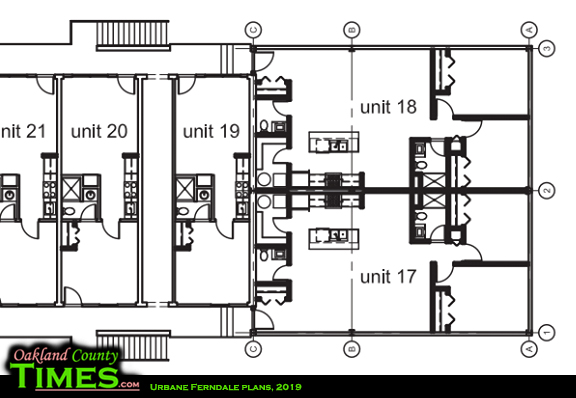 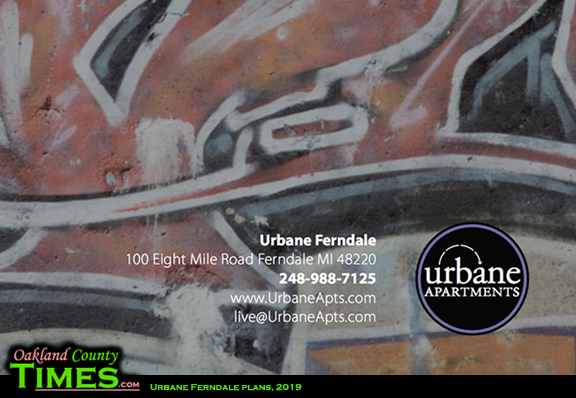