(Crystal A. Proxmire, June 23, 2019)
Holly, MI – “This isn’t just a kid’s project. We are growing up to be in agriculture fields. We are learning so we can be the ones growing your food in the future,” said Abbey Johnston of the Oakland County Livestock Club as she and other members talked about what it’s like raising animals from birth to auction.
The Oakland County Livestock Club has about 30 girls and boys.  Many are from the Holly area, but some come from as far away as Birmingham, Oxford, and Lapeer. The kids tend to their own cows, pigs, rabbits, goats, turkeys, and chickens.  But they also work as a team for fundraising and for friendship.  There are dozens of similar clubs around the county that will be coming together for the Oakland

County Fair which begins on July 5. At the end of the fair, the girls part ways with their animals as they are sold at auction to be used for food, or to go to a new home.
Members of the club have been going to meetings of different civic organizations to talk about their animals and the auction.  At the end of May they attended the Holly Area Chamber of Commerce’s monthly networking breakfast at Villager’s Restaurant to give their presentation to a room full of local entrepreneurs.
The Small Animal Auction is July 12 and the Large Animal Auction is July 13.  In the days leading up to the auction, there are Show Days, where youngsters model their projects, “showing off the different qualities and features of the animals,” according to Johnston.  “We present our animals and make them look their best.”
Isabelle Vartanian of Oxford shared her advice for auction day.  “Be there early to get a spot and walk around the barn,” she said.  “Talk to the kids.  Ask them about their animal and how

they raised it. Where they raised it.  How they bonded with it.”
“After you purchase, you can take a picture with the kid and the animal,” added Taylor Bottlglia.  “You have the choice of taking the animal home or sending to be processed. You can also have the animal donated to a local food pantry.”
Bids for the animals can reach into the hundreds of dollars – money that helps young farmers get their start for next year, or to go towards college.
“If you don’t want to buy a whole cow, because that’s a lot of meat, you can split it with your neighbor,” Bottlglia said.  The benefit of buying at the Oakland County Fair Auction is that “it’s organic*, locally sourced meat that’s been ethically raised.”   (*Note: Not all animals are raised organically, and a purchaser should ask before they bid if that is a concern for them)
“It’s also great to expand your herd or flock,” she said.
Tiffany Oberdorf grew up in the livestock club and is now in her freshman year at Kansas State studying agriculture and animal science.  Her specialty are goats and sheep, but she’s

also worked raising hogs. “We’re raising animals in an ethical way that gives them a better life,” she said.  “It’s not just that animals on small farms are treated better.  Doing this helps us when we work in the agriculture industry.  We have this experience and we bring compassion to it.  I worked on a farm with 7,000 hogs and every day we were out there giving them massages and taking care of them. There are some large farms with bad reputations, but there are a lot of people that care and do things right.”
She and the other girls that spoke from the Oakland County Livestock Club are proud of doing things right.  This means caring for the animals regularly.  Some keep their animals at home while others rent space in other people’s barns.  The youth cover all of the expense on their own. They groom the animals, make sure they are healthy and well fed, and they practice the skill of showing them off for the judges and the public.
When asked if it bothered her to see the animals she’d raised be killed for meat, Vartanian said “You do form a bond with them, but that is what they are there for.  We know that at the beginning and that’s why we give them a good life.

Johnston added, “This is where your food comes from.  A lot of kids think food comes from the store. They aren’t connected to the food they eat.  Here kids are learning that first hand.”
Holly Chamber of Commerce Board President and Township President George Kullis touted many of the youth competitions at the fair.  There are many agriculture-related prizes – looking at meat, dairy, and produce. But there are also contests for writing, home skills like sewing and place-setting, science, art, music, crafts, business and civics. There is even a competition on parliamentary procedure and Robert’s Rules of Order.  Beyond the competitions there are numerous performances, games, rides, food trucks, vendors, and lots of animals to see. “It is just a really great thing,” he said.
He shared the business benefits as well.  The amount of the bid over the actual value of the

animal is tax-deductible, and business owners can have their name listed in thanks on marketing materials the following year.  But the pictures are the best, Kullis said.  “These kids are so excited. You can take this picture and share it on social media. It’s a great way you can promote your business and support these kids who work so hard.”
For more information on the Oakland County Fair, including the livestock auctions, visit https://www.oakfair.org/.
For more on the Oakland County Livestock Club visit them on Facebook.
For a list of Oakland County 4 H Clubs download this guide. 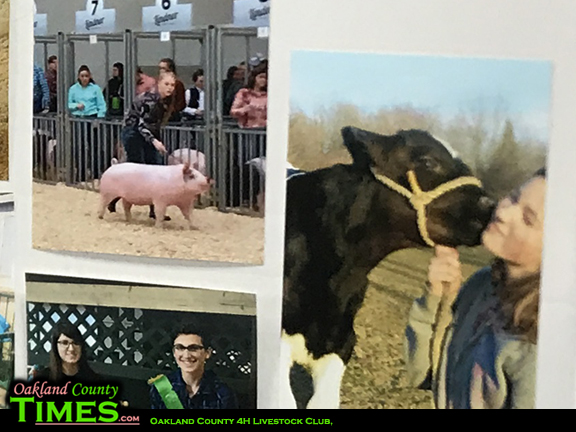 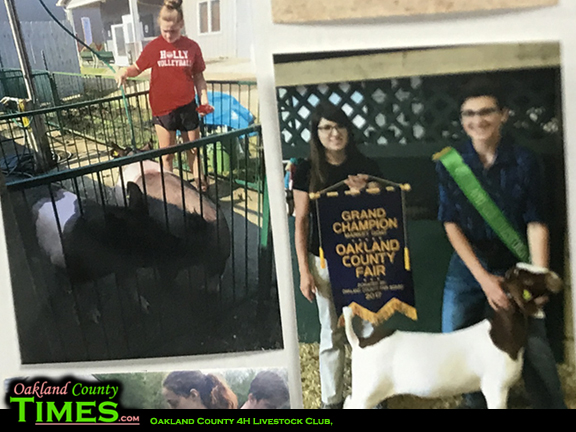 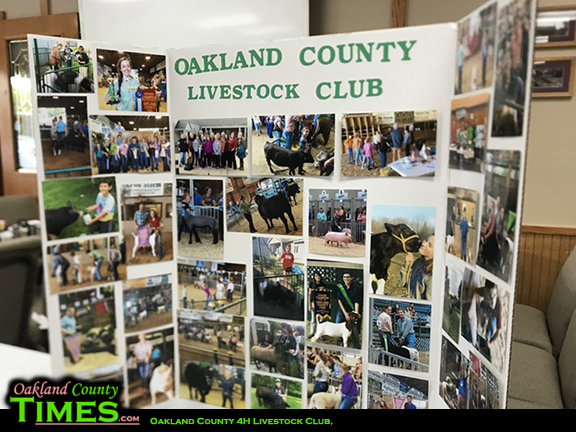 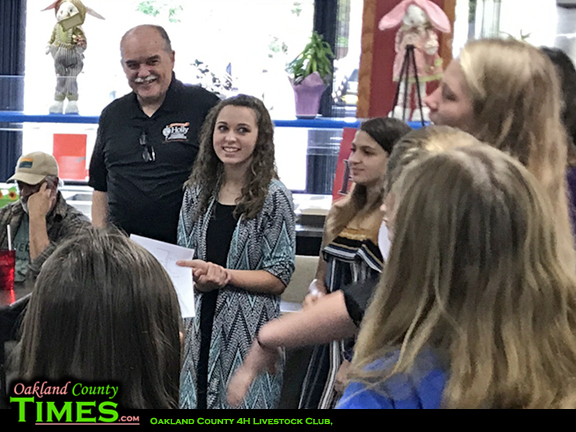 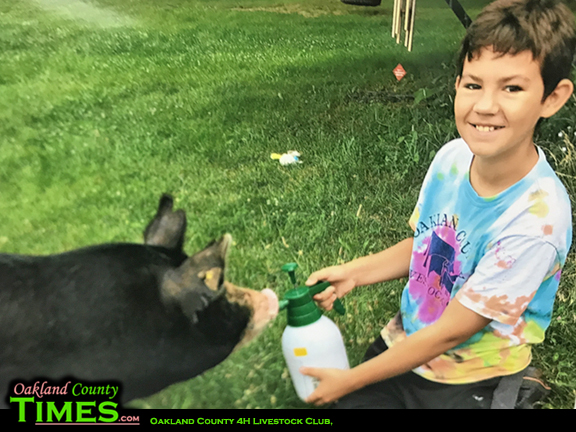 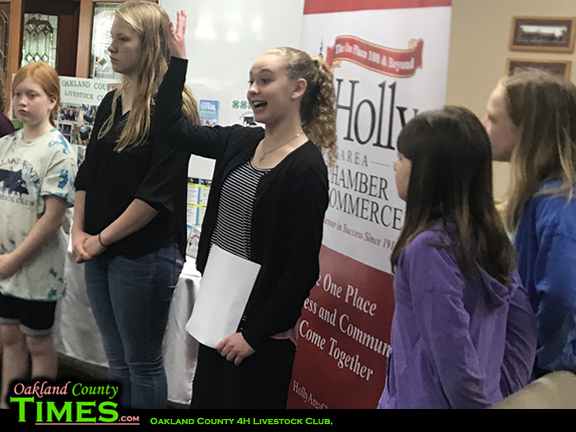 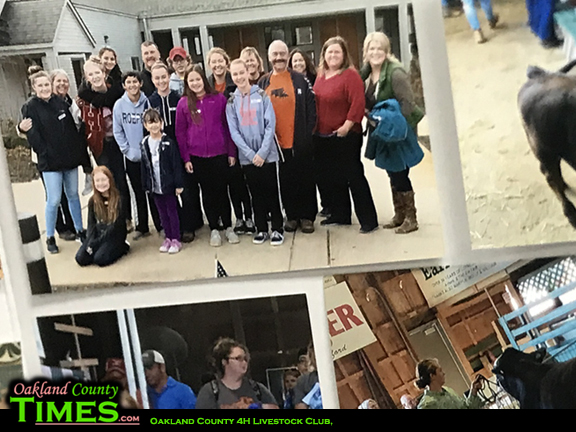 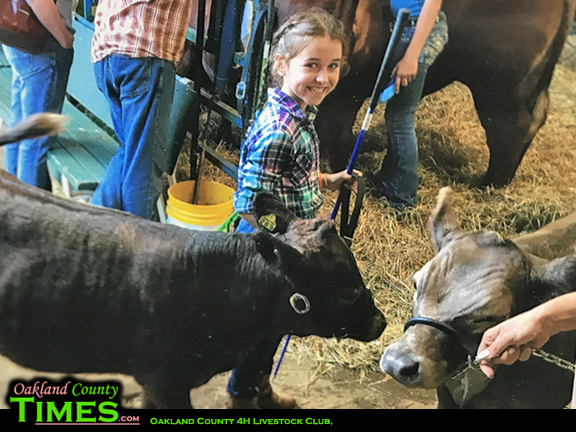 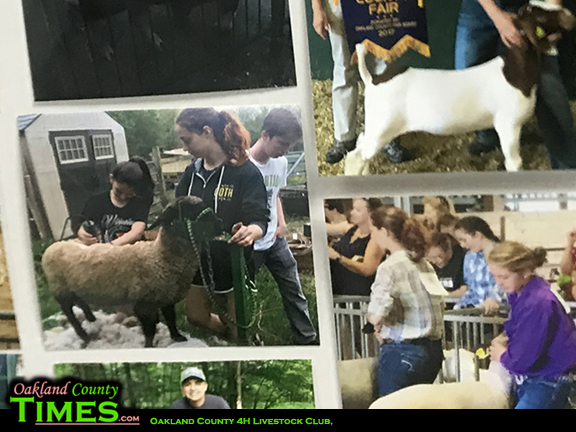 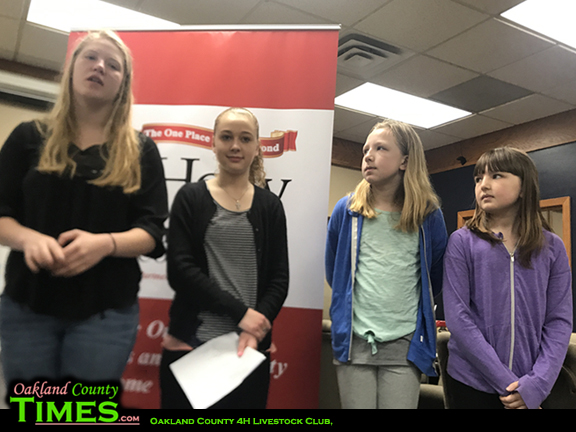 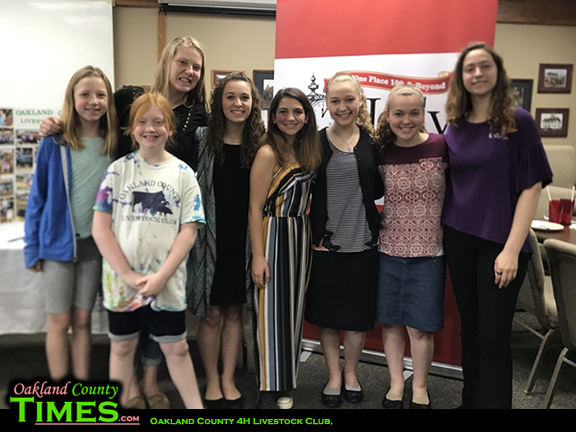