(Crystal A. Proxmire, May 30, 2019)
Holly, MI – Hunter Chapedlaine of Holly Middle School did his best Superhero imitation on May 18 as he dashed around the high school track.
Chapedlaine entered the inaugural Super Hero Family Fun Run donning a red shirt with a lightning bolt – a symbol for the comic book hero The Flash.
Behind him, 114 kids, parents, and teachers also made four laps around the track as a fundraiser for Holly Area Schools Parent Teacher Organizations (PTOs) and Holly’s Heroes Helping Holly’s Kids which does holiday baskets and Shop with a Cop for families in need.

The event was a chance to celebrate the super powers of the community. After the race, which Chapedlaine won, the crowd moved from the track to the parking lot where police and fire vehicles were waiting for the little super heroes to climb aboard and explore. The jaws of life on the back of the North Oakland County Fire Authority truck was bigger than some of the kids. The curious superheroes also got to see a bomb-sniffing dog, a police robot, the inside of an ambulance, police cars, firetrucks and more.
They also got to meet some of the real life heroes who keep the streets and dirt roads of Holly safe. Holly Police Detective Heather Wolkow helped organize the event. “We want kids to have positive interactions with police and fire, so if they see us in other situations they know we’re okay, that we’re here to help,” Wolkow.
Nicholas Klempp of Holly Area Community Coalition emcee’d the event, and helped cheer on the kids and parents who made their way around the track.  “Holly really supports their kids,” he said.
The event raised over $1,000 for the organizations.
Learn more about Holly Area Schools by visiting www.hask12.org,said. 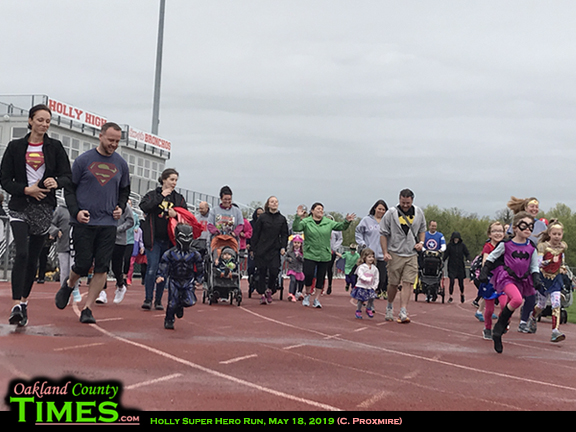 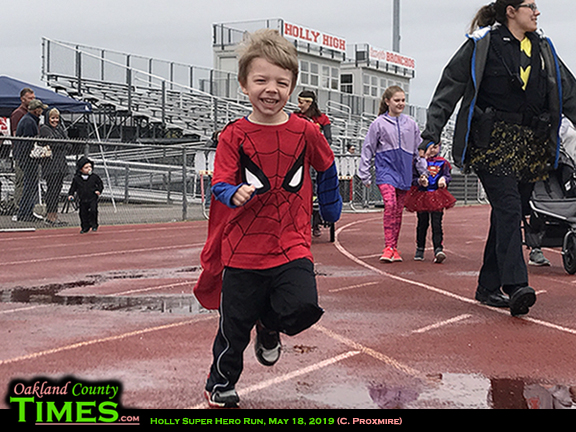 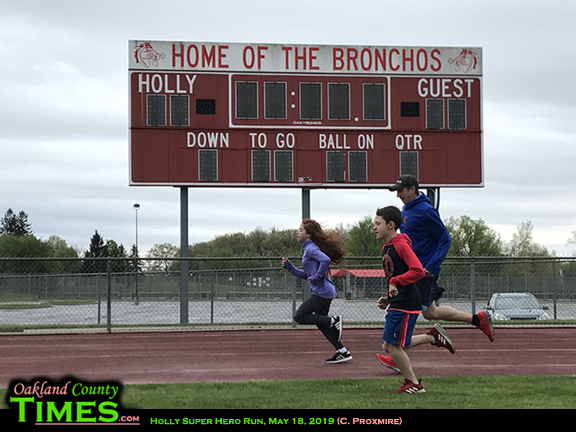 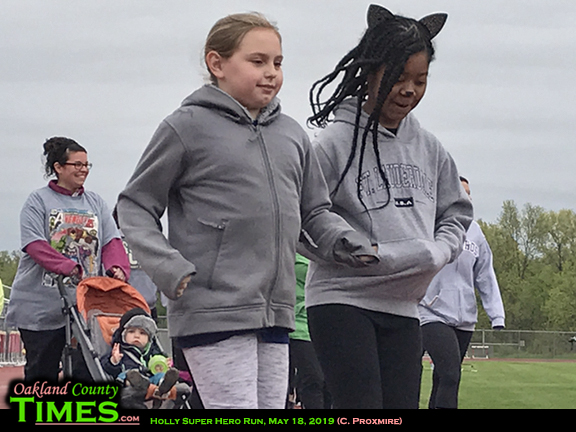 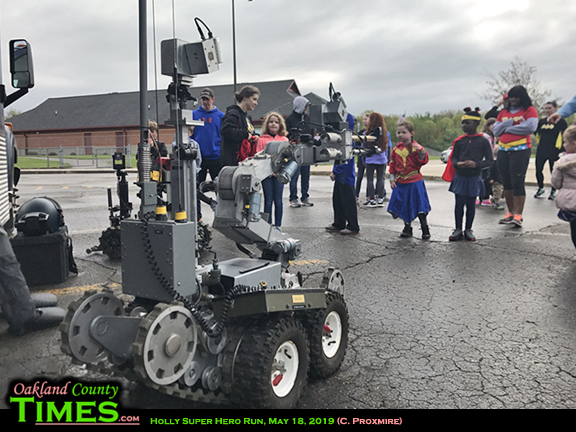 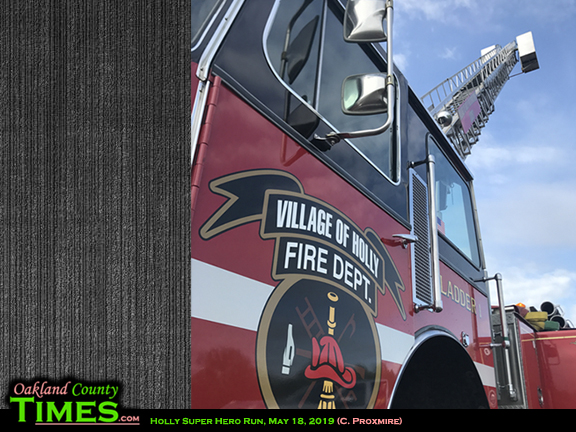 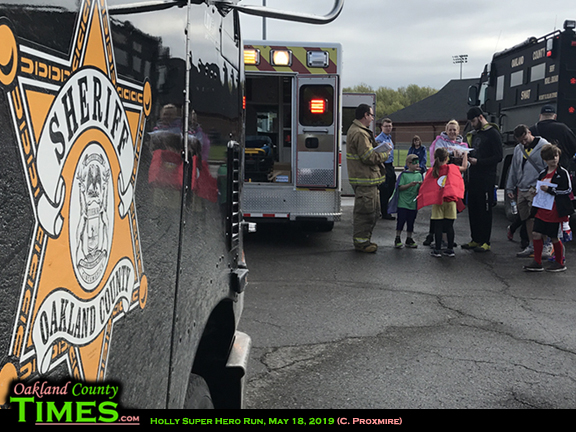 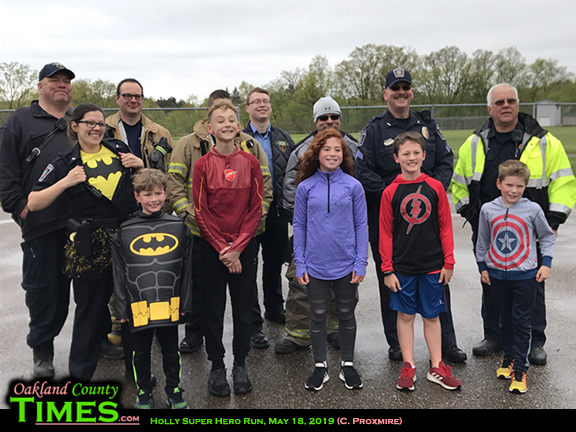 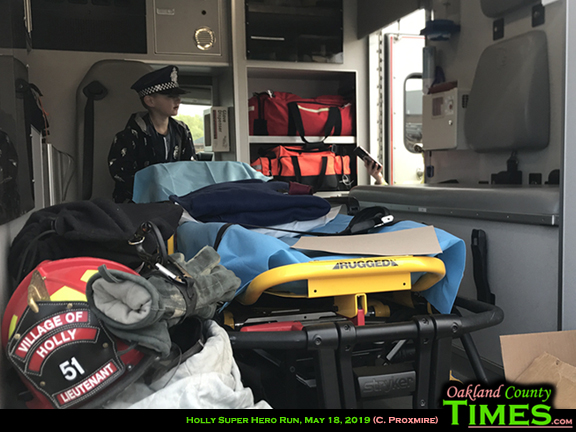 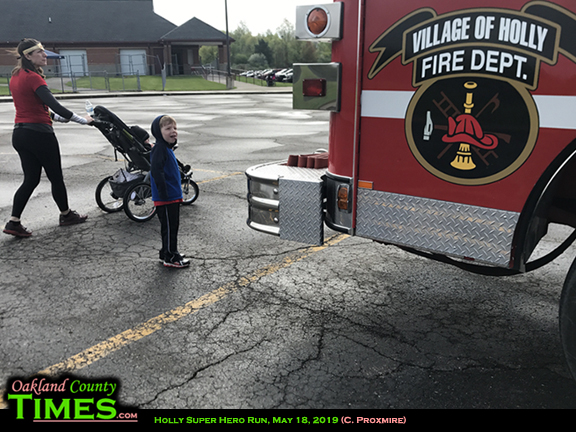 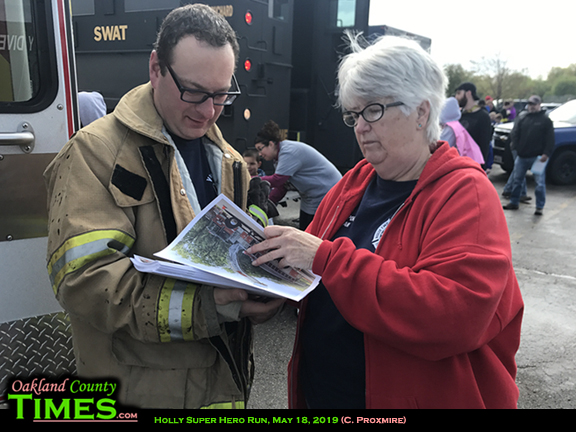 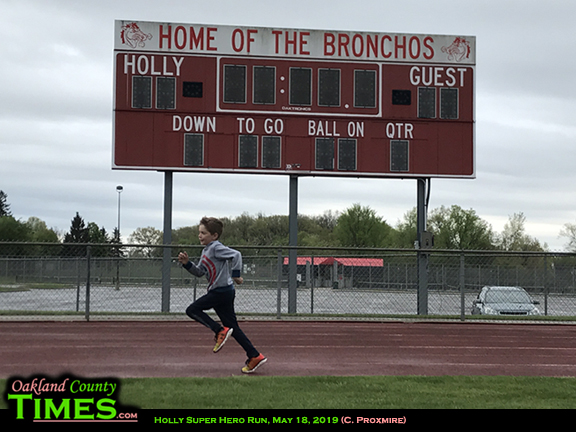 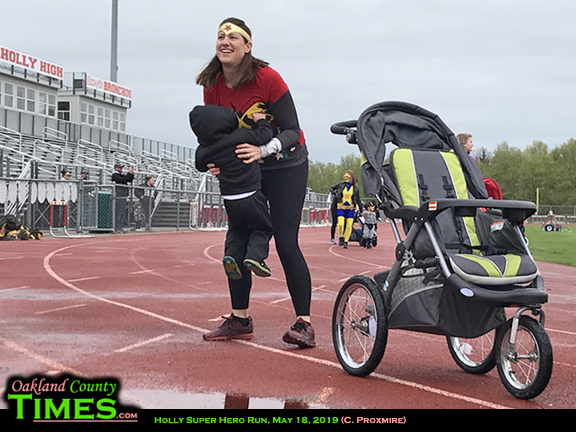 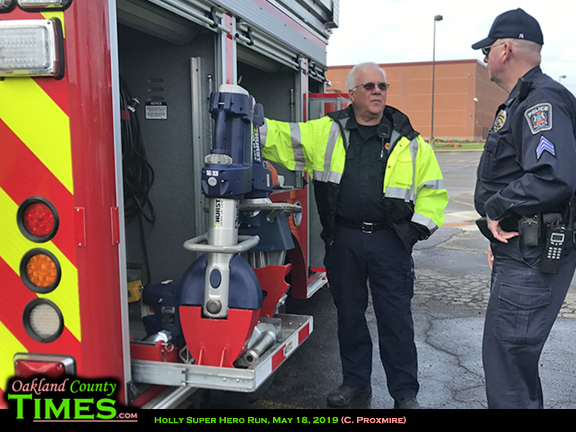 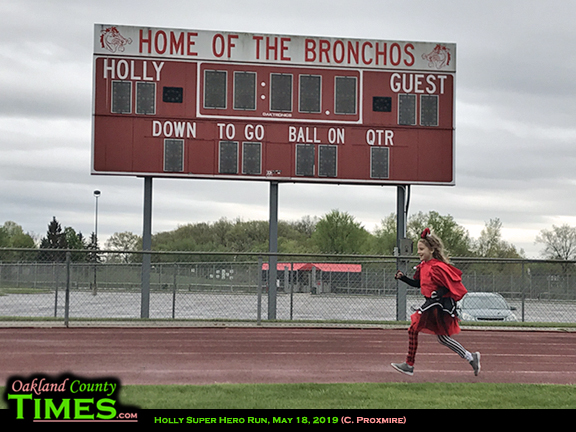 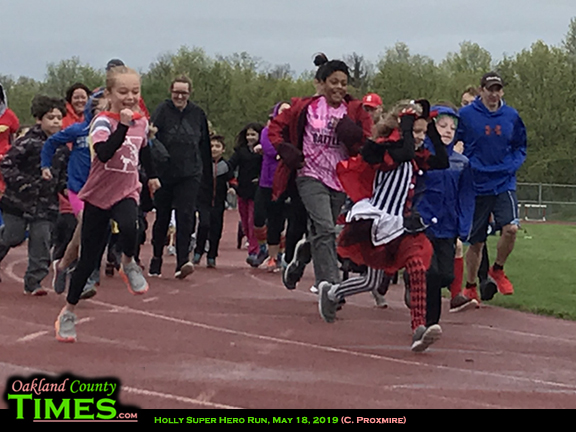 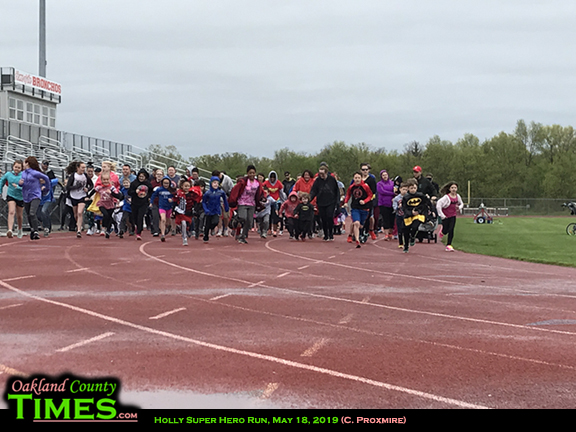 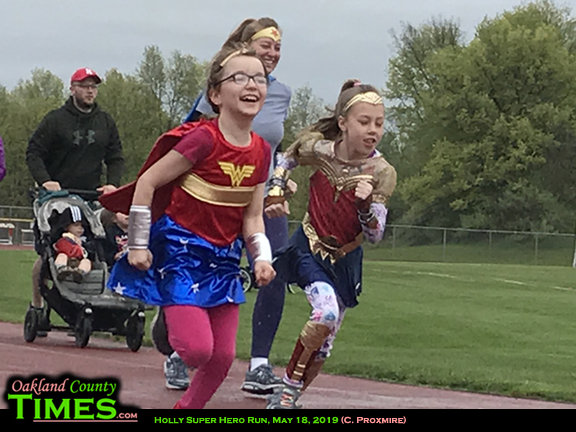 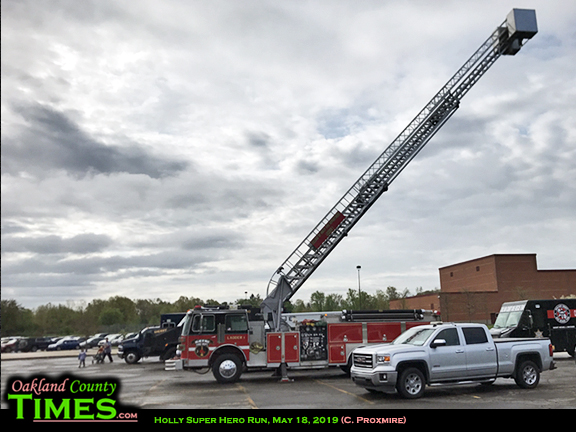