(Crystal A. Proxmire, May 19, 2019)
Ferndale, MI – “I am proud of my chosen profession and proud to stand by the men and women of the Ferndale Police Department,” said Police Chief Vincent Palazzolo at the annual Police Week ceremony held May 15 by the flagpole in front of the police station.
The ceremony included an opening prayer by Police Chaplain Megan Pool, a flag ceremony and weapons salute by the Ferndale Police Honor Guard, and a rendition of Taps played by Ferndale High School student Alec Austin.
Students from Mrs. Wize’s and Mrs. Piornack’s first grade classes lined the lawn – many dressed in red, white, and blue – with their hands on their hearts and their eyes on Old Glory as they said the Pledge of Allegiance.

Since last year’s ceremony there have been 42 line of duty deaths across the country, the chief said.  This included Detroit Police Officer Fadi Shukur who was fatally struck by a drunk driver while helping to disperse a crowd outside a club on Aug 4, 2018.   Chief Palazzolo shared that Shakur had been born in Iraq and at the age of 30 became a United States Citizen.  He served in the military and then became a Detroit Police Officer.  He had been married only six weeks before his death.
“These are trying times for law enforcement officer,” Chief Palazzolo said.  In addition to the ways technology helps and hurts the profession, police across the country are dealing with an opioid crisis.  In Ferndale, officers began carrying Narcan two years ago.
While Narcan is most often used to revive citizens who have over-dosed, people may be surprised to know that it’s also used to protect the police.

“A Michigan State Trooper was exposed to fentanyl and had to self-administer,” the chief said.  In another instance, a man being arrested on drug charges threw heroin into the faces of police.
Ferndale’s approach, Palazzolo said, is understanding “we can’t arrest our way out” of the epidemic.  In addition to carrying Narcan, Ferndale was the first city in Oakland County to participate in the Hope Not Handcuffs program. Through this program those who want help with drug addiction can come to the police station for help finding a rehab program.
Chief Palazzolo thanked the officers for their work and the risks they take.  “Who knows how many lives were changed because you were part of helping.”
In 1962, President John F. Kennedy signed a proclaimed May 15 Peace Officers Memorial Day, and that week as Police Week.  Learn more about the tradition at www.PoliceWeek.org. 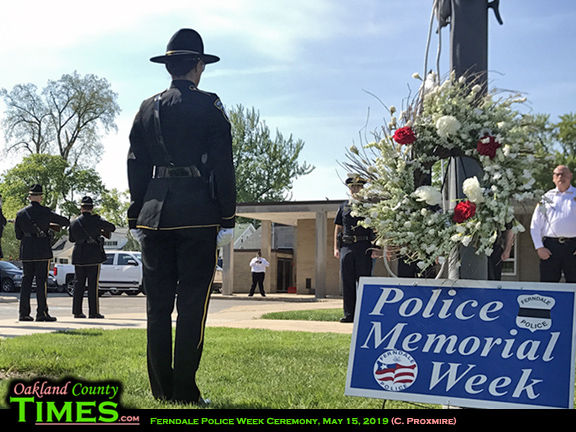 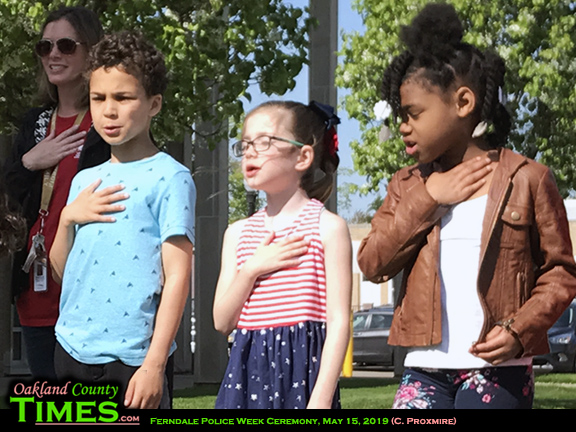 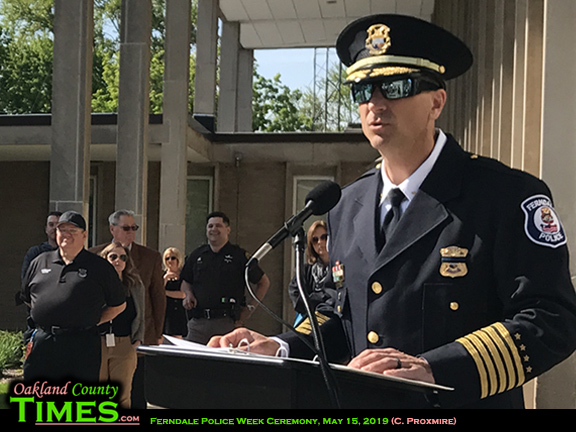 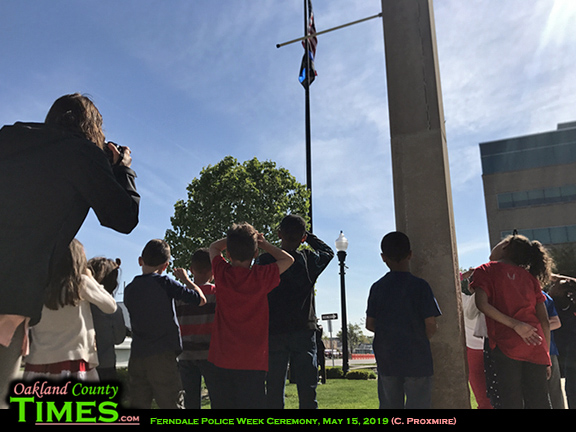 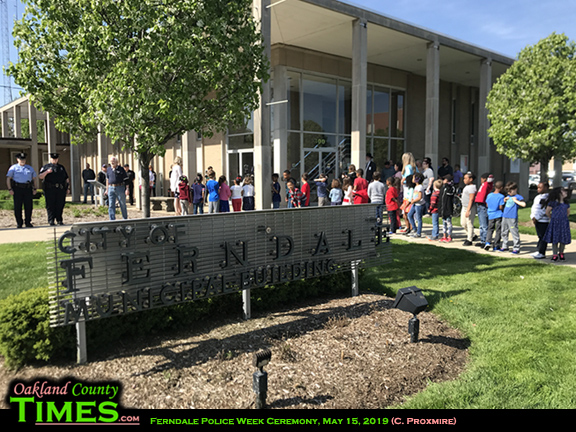 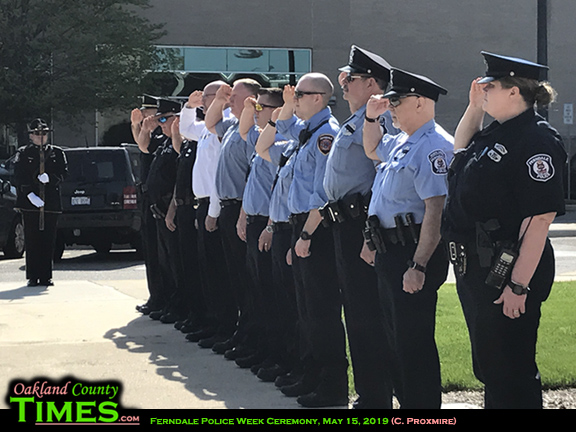 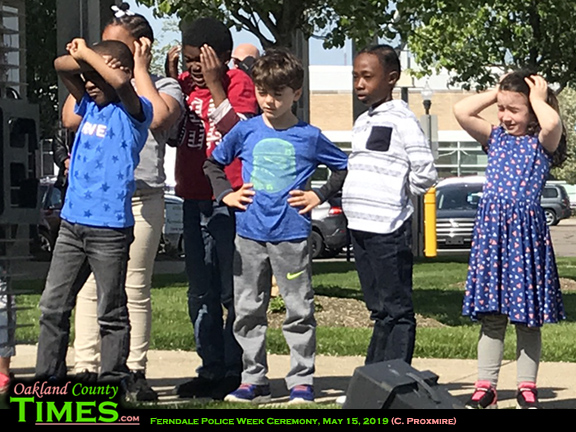 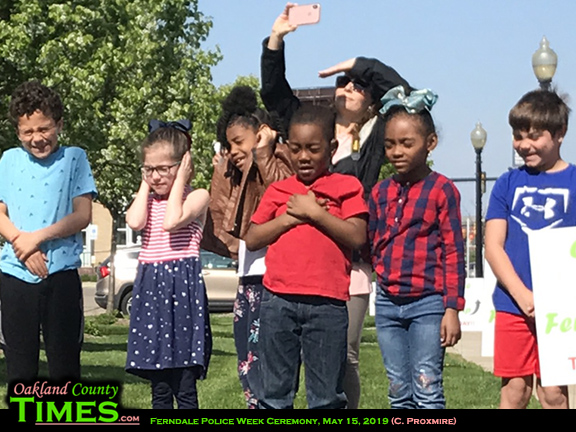 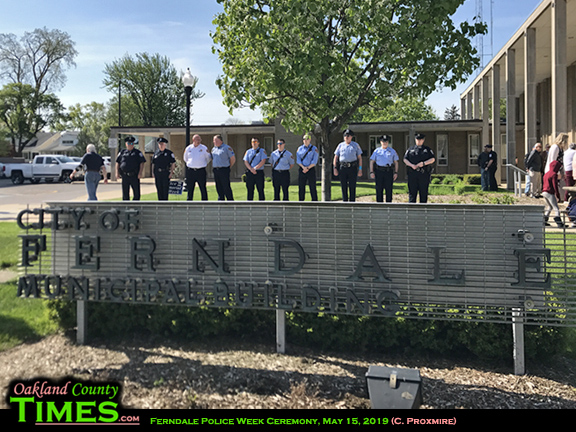 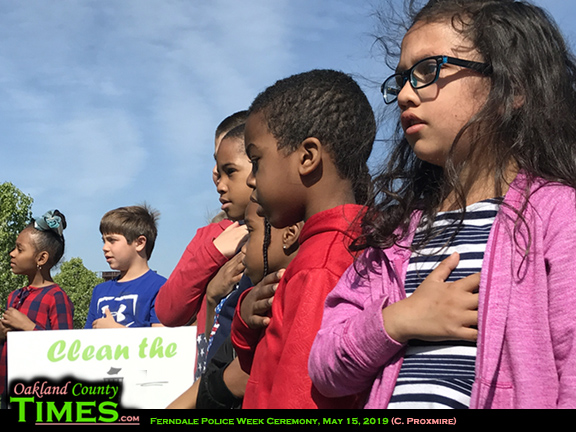 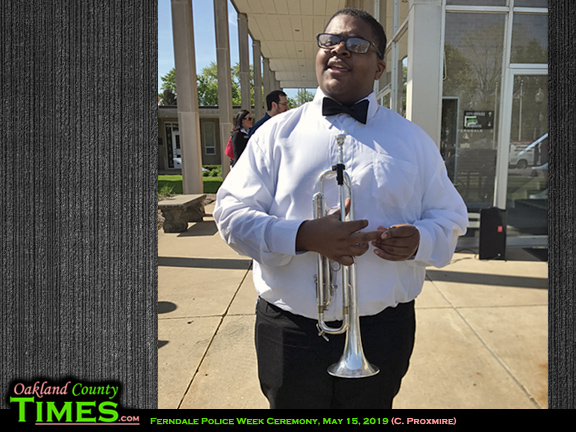 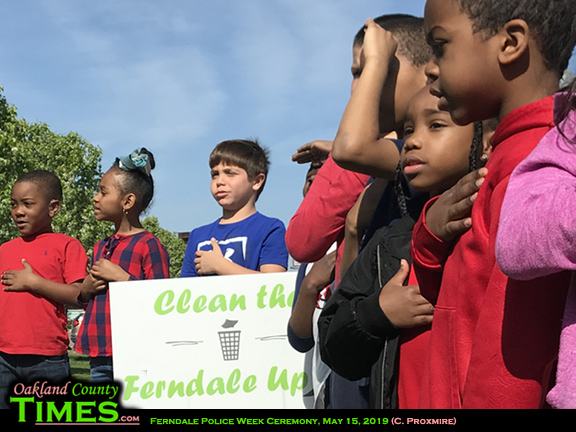 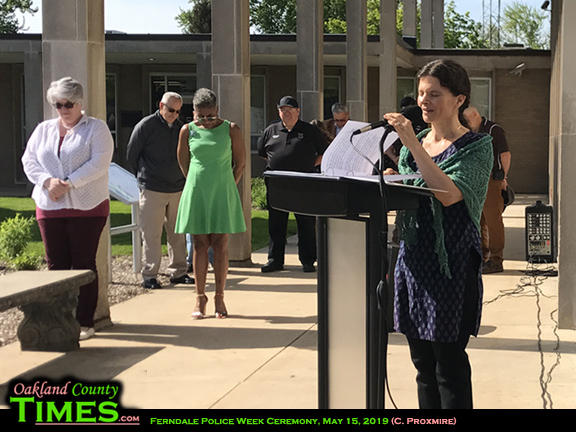 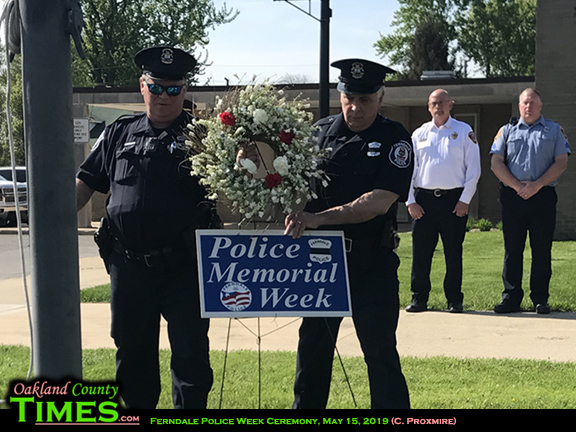 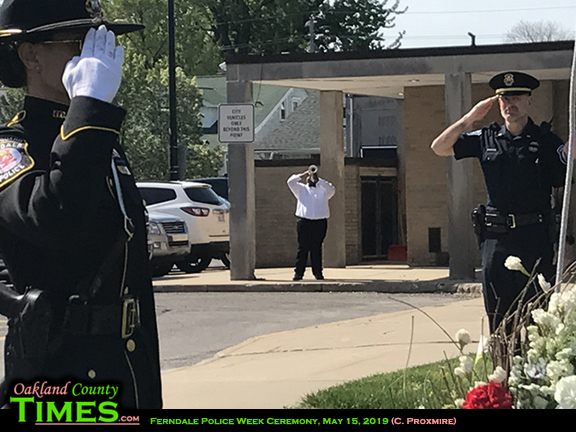