(Crystal A. Proxmire, May 10, 2019)
Ferndale, MI – Local business owners were honored Thursday at the Mayor’s Business Council awards.  The presentations, which took place at Pop’s for Italian, honored those who have shown success and citizenship.
Patchwork Collective is a co-working space that opened last year at the corner of Woodward and Marshall. There are offices, a pop-up retail store, and shared office space with great internet access, lots of space to work, private meeting rooms, “phone booths” for people to take calls, and of course coffee.  The space is the creation of attorneys Lisa Schmidt and Benjamin Long, and Schmidt was on hand to accept the Project of the Year Award.  “I love running a coworking space here in Ferndale because the city is so welcoming to new businesses and supportive of its entrepreneurs. What better place to open a space that brings businesses together so they can get work done?” she said.
The Jack Aronson Corporate Citizenship Award went to Dale Vigilarolo of LakePointe

Construction.  Vigilarolo is the Board President of the Ferndale Area Chamber of Commerce after being involved as a volunteer for years.
“Dale needs no introduction because he’s a part of EVERYTHING,” said Mayor Coulter. “He’s getting this award because he embodies Jack Aronson’s passion for the community, he’s the Chamber of Commerce Board Director, a part of the Kulick Task Force… but mostly it’s because we love him.”
Urbanrest Brewing Co. was named Company of the Year. Founded in 2015 and opened in 2017 by Zach and Mary Typinski, the brewery—“which continues to put Ferndale on the map,” said Mayor Coulter—has a commitment to sustainability and quality that Ferndale appreciates.  The company has a mindset for focusing on the local community, not just trying to be the biggest they can be. They also care about the environment, including using repurposed wood from a barn that had fallen for the interior of their business, repurposed dairy tanks, using spent grains to feed pigs, and composting.

Executives of the Year are Brian Siegel and Geoff Kretchmer of Detroit Axe/The Corner.  “The owners of the former Local Kitchen made a hard decision: to close their successful farm-to-table restaurant and start an exciting new venture. They’re the first wholly dedicated axe throwing venue in Michigan and, like Urbanrest, are helping to keep Ferndale on the map,” Mayor Coulter said.  “Local Kitchen and Bar was one of the first of the wave of chef-driven, high quality downtown restaurants in the region, which we’ve seen truly take off in the past few years.  “• Creative reimagining and reinvention with a new concept that has been a hit. They were at the forefront of bringing ax

throwing into metro Detroit, and have once again set a high standard in how establishments should be run.”  Coulter also thanked Siegel for serving on the Downtown Parking Committee.  The volunteer group tackled a massive task for the community is coming up with solutions for downtown parking problems.

The Blue Nile owners Seifu and Fetle Lessanework were recognized as Entrepreneurs of the Year.With The Blue Nile, it’s not just about serving food—“it’s a community dining experience, and it matters to our city,”  Mayor Coulter said.  The owners were also honored for their charity and generosity, most recently for offering discounts to furloughed federal employees.
The Mayor’s Business Council is one of many ways the city works to encourage development and support business. Learn more at https://www.ferndalemi.gov/services/mayors-business-council. 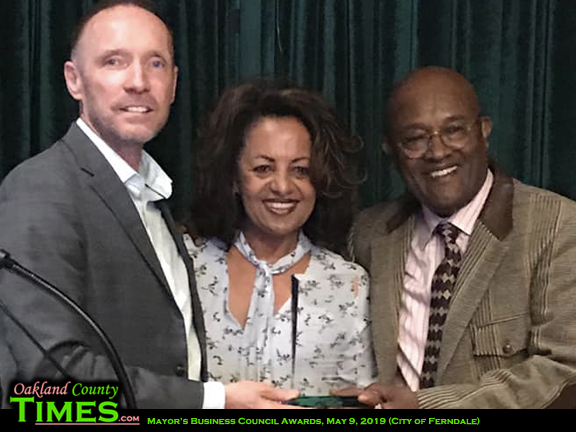 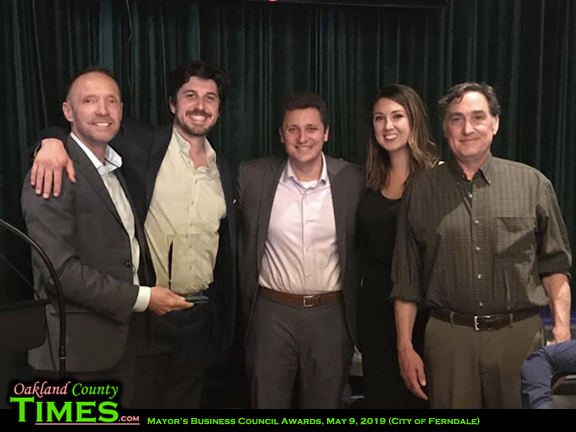 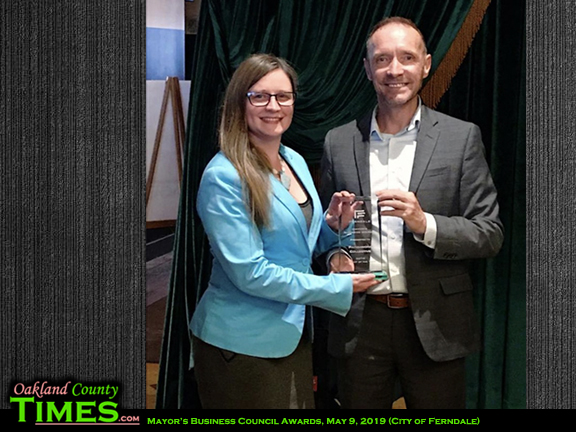 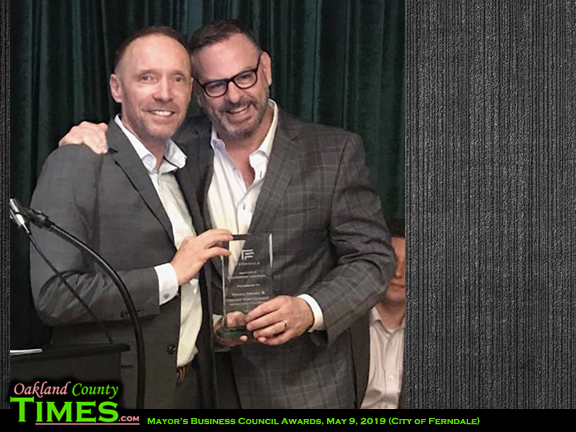 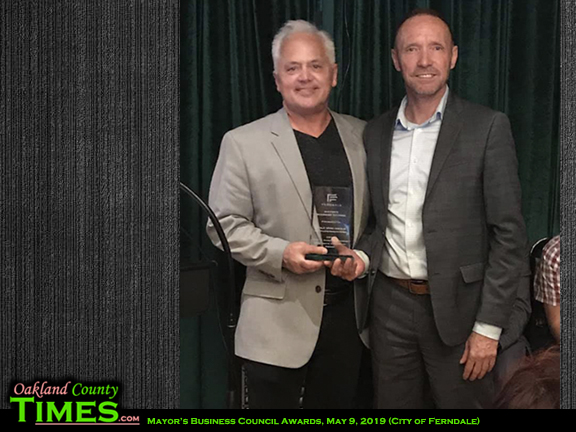