(Sam Gurwin, May 5, 2019)
Novi, MI- Like a Zombie being lead to a place where there are plentiful humans, the Detroit horror fan is drawn to  this convention and film festival, Motor City Nightmares in Novi, at its home at the Novi Sheraton.
At the main entrance of the hotel, cosplayers and horror fans in costume could be seen. But this was nothing yet. The back of the first level in the conference rooms is where the actual Film Festival, visiting movie stars, collectibles and more fun was located.

As we approached the conference areas we saw man dressed like horror villain “Jason”
It was Chris from Clawson and he was dressed to the nines as the monster from the Friday the 13th Movies.
“I’ve always loved horror since I was a little kid,” he said. He had on form-fitting latex around his face to make his skin appear like the movie killer he was dressed up as.
It seemed very realistic. “I can’t really narrow it down to one (favorite part of the Festival). I love meeting the celebrities, I love hanging out with people that share the same interest and there is a lot of cool stuff you can look at and buy”
A curious kiosk of jewelry and such made of dead things caught my eye. Zachariah of

Zachariah Messiah’s Morbid Curiosities uses the “recycled dead” as a Tarantula breeder, he trades baby spiders for the deceased animals, insects and such.
This is his 5th year in business and it is doing well. He loves the local shows in Michigan.
My eyes were also drawn to some beautifully dark dolls at the Creepy n Cute Shop kiosk. For five years they have attended the festival. Piper and her partner Doreen hail from Hazel Park. Their dolls are one-of-a-kind and take about 5 hours to make. As their motto is “Share the Love”, each doll has a heart on it in some form.
“We love what we do and do a lot of charity work,” Piper said.
Nearby, a young cosplayer from Milford by the name of Marcus was checking out the kiosks too. He told me he got into horror when shown the horror classic “Halloween” by his Great-

Grandmother and has been a fan of the genre ever since.
Marcus once met James Jude Courtney, one of the actors that played the killer Michael Myers in a sequel to “Halloween.”
“I am blessed to call Michael Myers a friend of mine” he said with a laugh.
So much art is involved with this genre it seems. One of these artist & illustrators is Jeffrey Zornow of New York City. We talked about how he has been at this show since the beginning- about 10 years. He grew up in Metro-Detroit and always comes back as the festival always falls on his birthday.
Another seller of art is Matt of Atlanta, Georgia. He was enjoying his first year at the festival in his prints and horror wanted posters kiosk.
“We talked to all of other vendors in the show and yeah it has a good reputation,” Matt said.

“We are here for all of the fun.”
One of the huge draws this year was a panel and the actors from the 80’s Movie “Hellraiser” and its sequels. Four of the actors who played demons or “Cenobites” were there for meet fans and for the panel discussion about the “Hellraiser” Universe. The line to meet the Cenobits was huge. Fans seemed eager like Scott of West Bloomfield who chatted with this reporter about the celebs and such.
The panel included a talk about the movies, acting, the sequels and the horror movie industry. David Taylor, Owner of Weirdsville Records in Mt. Clemens, sponsors and books the bands for the Motor City Nightmares after-parties.  He had been doing this for four years.
“Rubbing elbows with people from horror films…if you told me when I was seven years old watching “Night of the Living Dead”…that I would be sitting next to the man who wrote the film.  I would have never believed it”
Learn more about the festival at http://motorcitynightmares.com/ 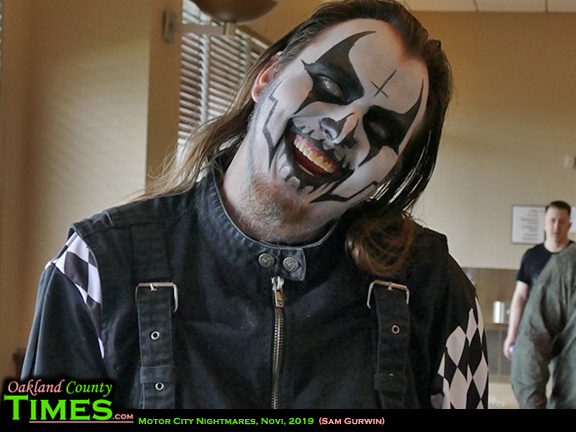 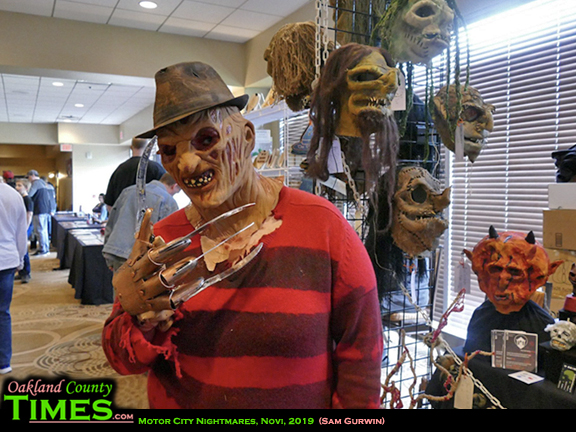 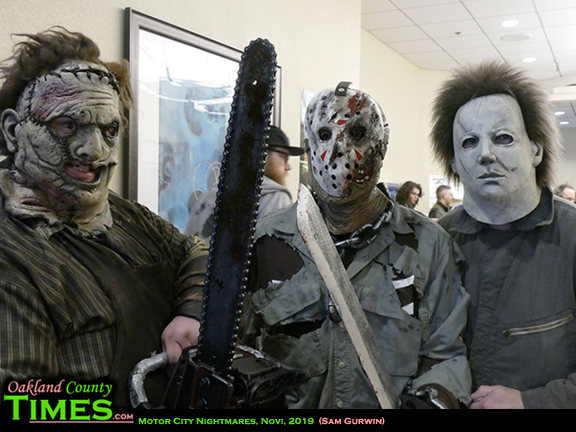 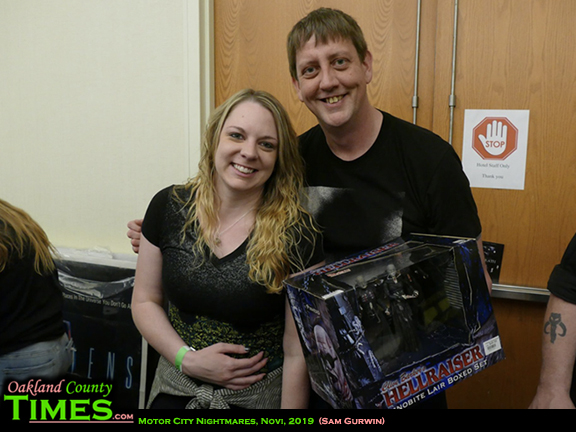 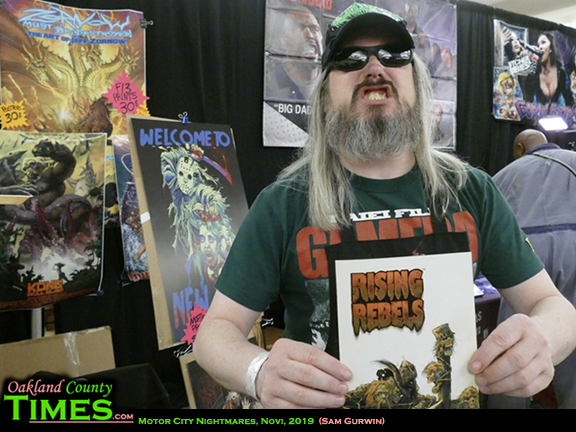 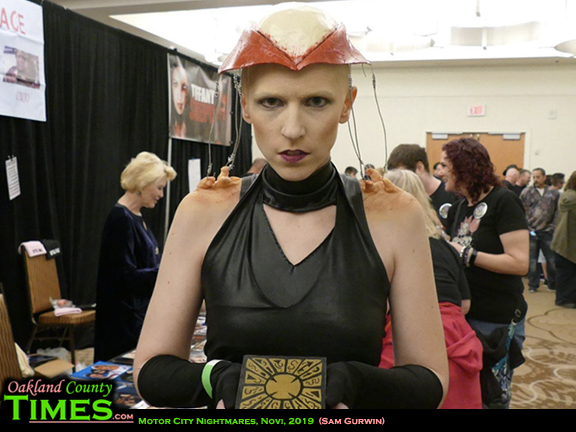 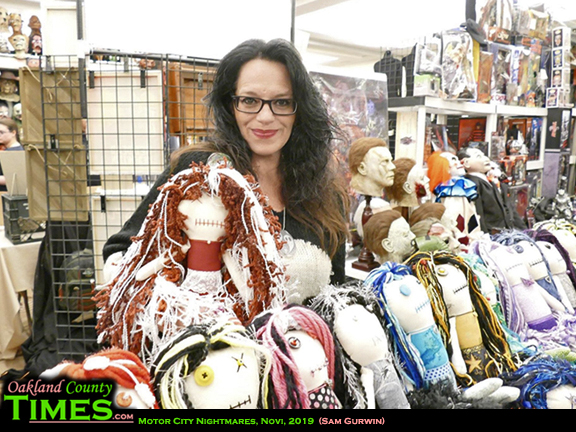 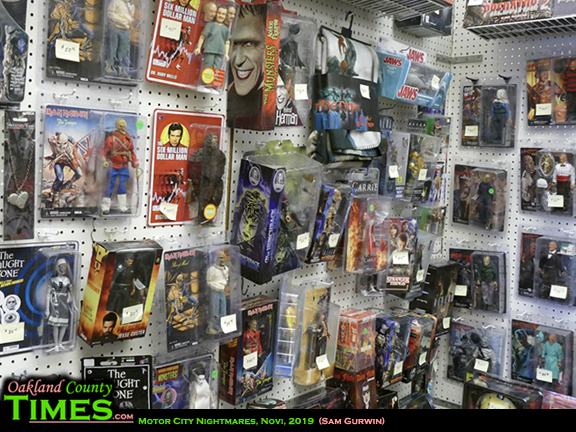 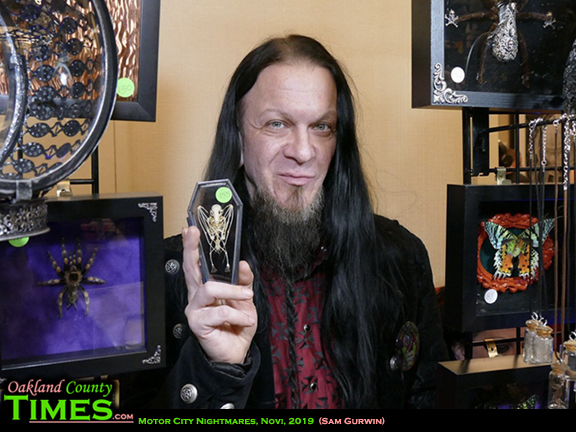 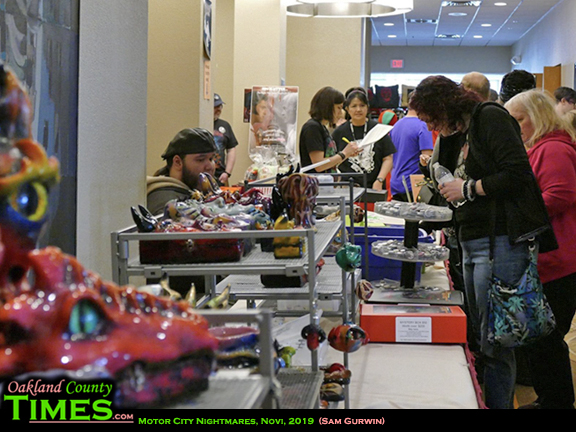 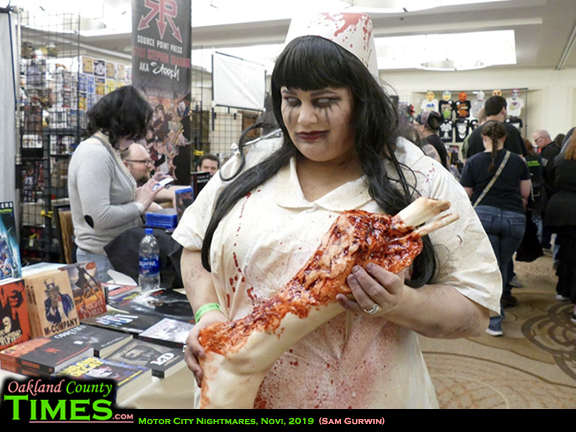 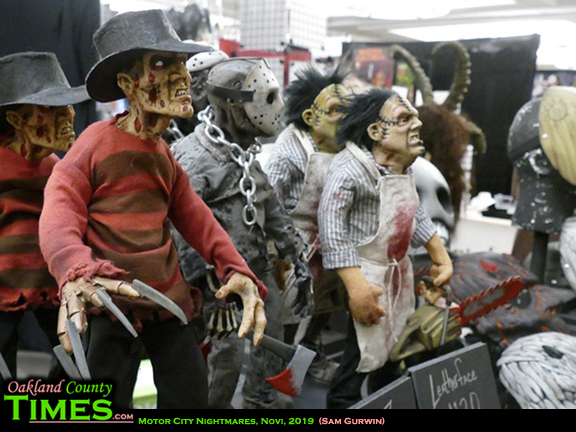 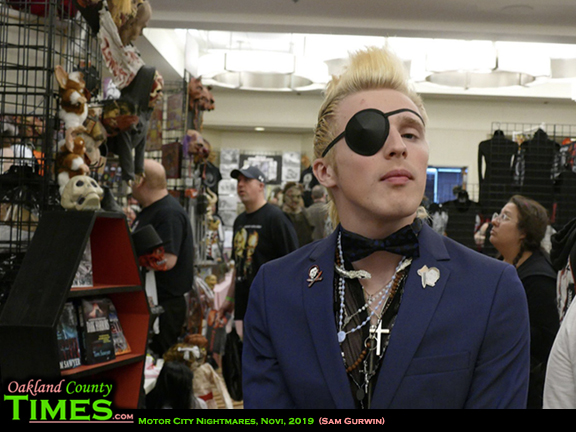 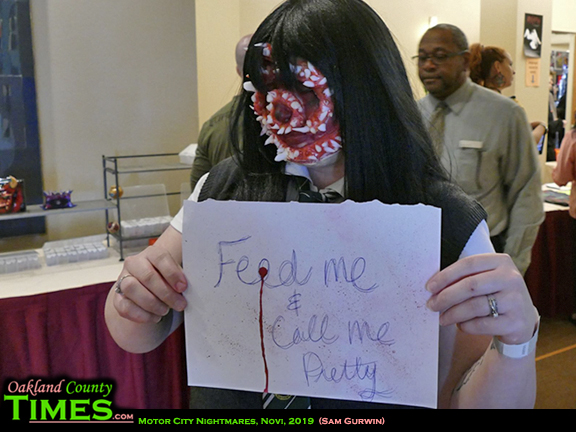 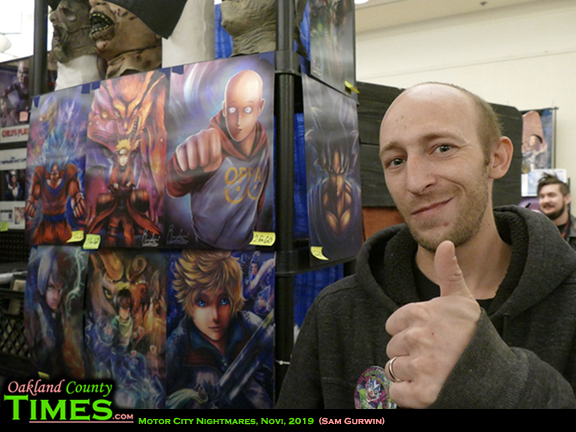 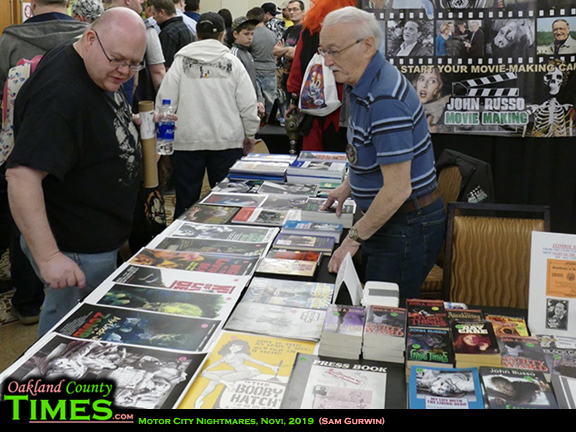