(Crystal A. Proxmire, April 27, 2019)
Ferndale, MI- One thousand dolls and stuffed animals will fill the lawn of the Ferndale First United Methodist Church at 22331 Woodward for the next two week as an art installation aims to remind passers by about children who separated from their parents at the US-Mexican border.
Elaine Roseborough came up with the idea while watching the news and seeing children being held in pens apart

from their families.  The issue sparked national discussion in 2018 at thousands of kids attempting to cross the border from Mexico to the United States were being detained without their loved ones.  By the end of the year the numbers were back down following public pressure for a policy that ensures families stay together except in certain circumstances such as a major crime or medical issue.
Roseborough’s fear is that without the attention of the people, the practice could ramp up again.  “My hope is that how it will impact things if to raise public awareness of the enormity of wrong that was done.  We have to stay vigilant to make sure it stop, and never happens again,” she said.
Before coming up with the idea, Roseborough had not heard of the Fighting #9 Michigan

District Indivisible, a group of progressive activists that is woven together with similar groups from throughout the county.  The Fighting #9 held a rally after the election to celebrate the “blue wave” of Democrat victories.  They also held a rally in February to oppose a wall at the Southern border.
“There is no way I could have done this myself,” Roseborough said.  A friend introduced who to the group, who adopted the project and got to work.  The women gathered donated dolls as well as purchased inexpensive secondhand dolls from thrift stores in the area, a point that made Roseborough smile.  “So we got to help those organizations too!” she said.  About a dozen gathered in Ferndale Saturday morning

and spent nearly three hours hammering the stakes into the ground and adding the symbolic creatures.
“Like everyone, I was horrified when I heard about the children being separated from their parents at the border.  I wanted to do something. But there’s not much we can do except keep raising awareness and putting pressure to make things better.”
Ferndale United Methodist Church was not part of creating the display, but Roseborough said they were glad to share the space. “They opened the church to us so we could use the restroom, and they made us coffee,” she said. “We’re so grateful.” Fighting #9 also meets at the church, with Roseborough now a member.
After two weeks the stakes and the stuffed animals will be removed.  Roseborough is hoping that someone else may be interested in taking the exhibit and displaying it elsewhere, perhaps even a series of installations. Anyone interested in more information on the Fighting #9, or the potential for the display, can reach out to the group on Facebook. 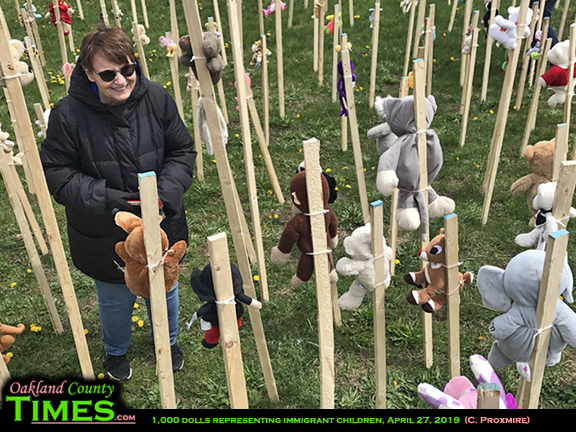 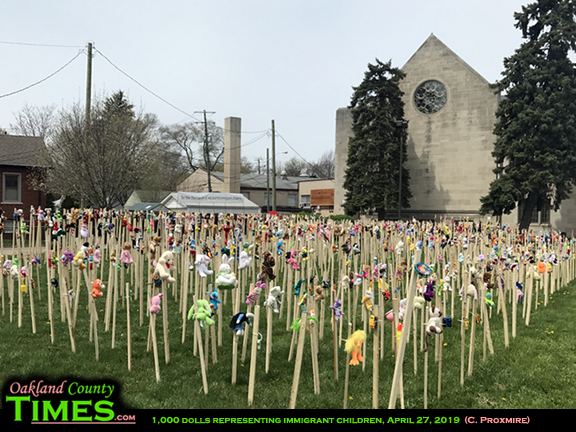 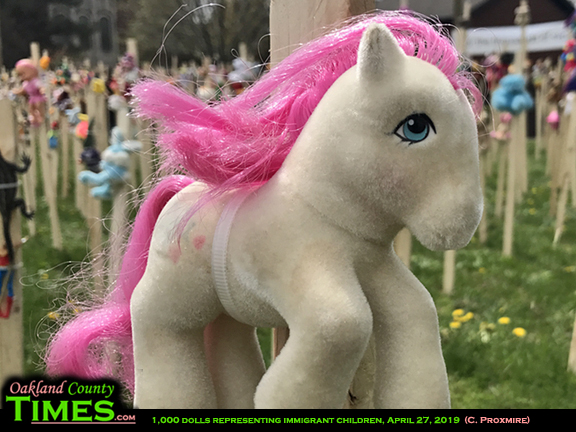 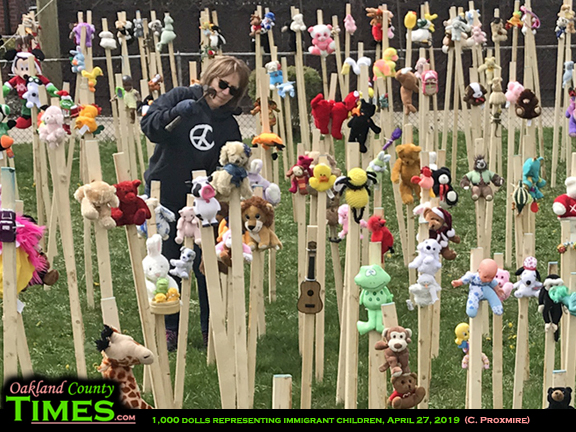 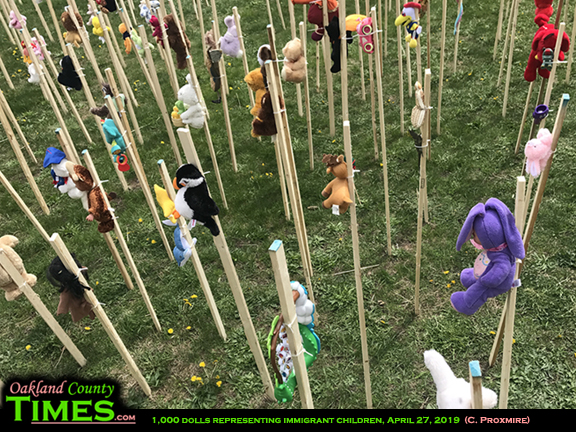 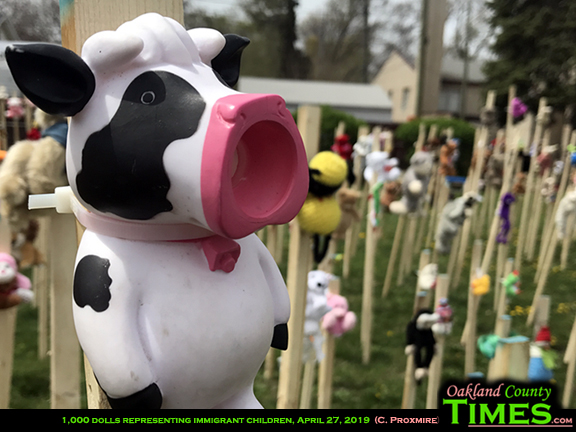 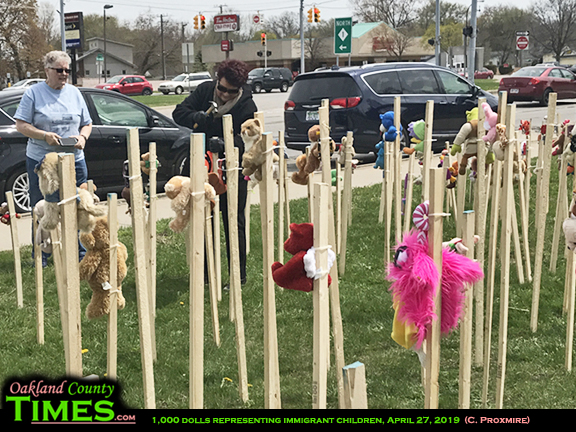 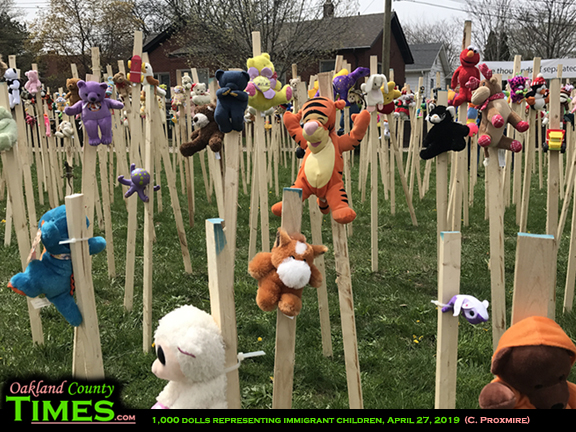 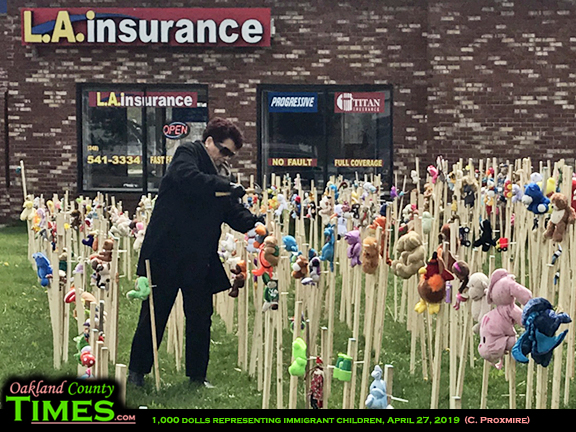 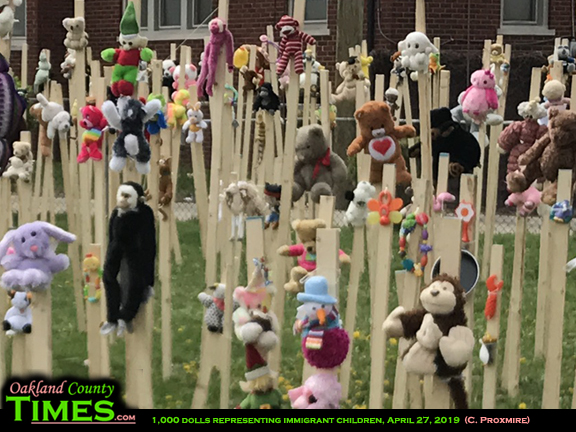 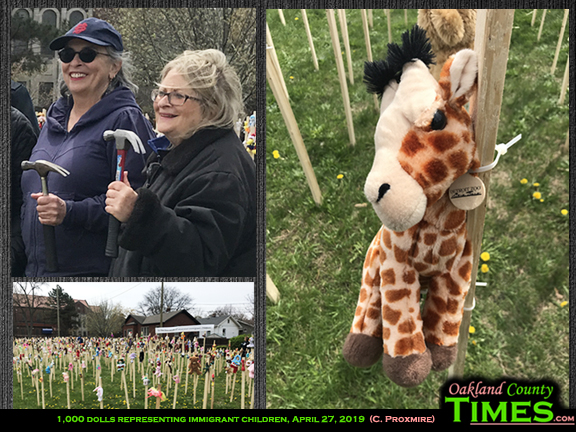 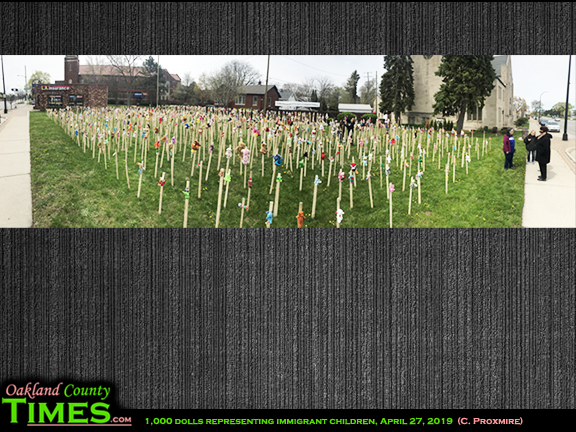 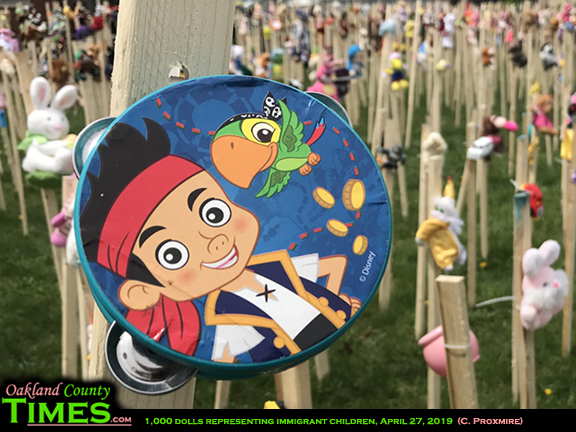 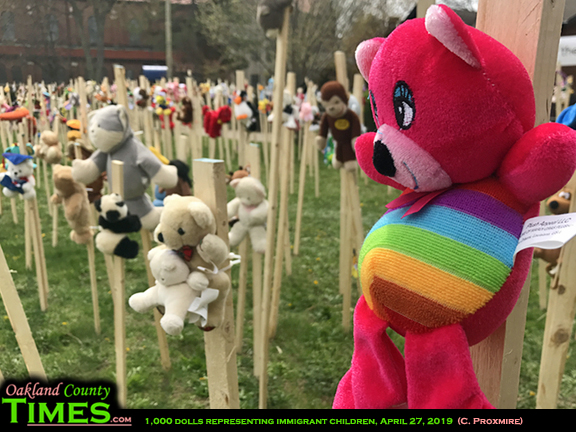 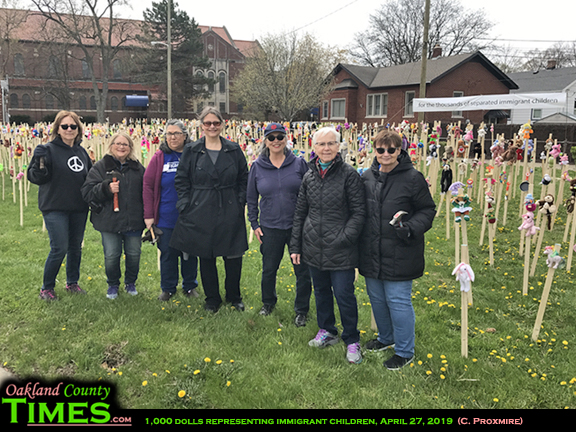 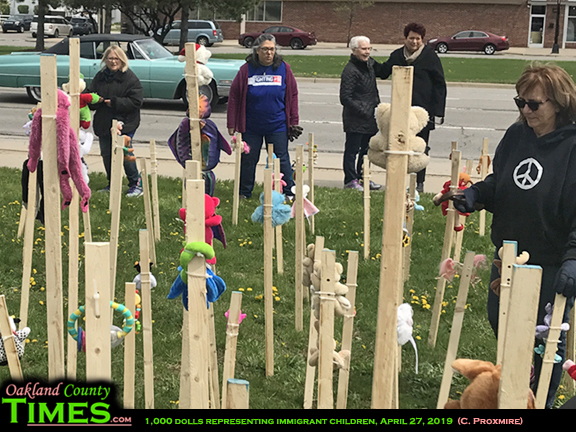 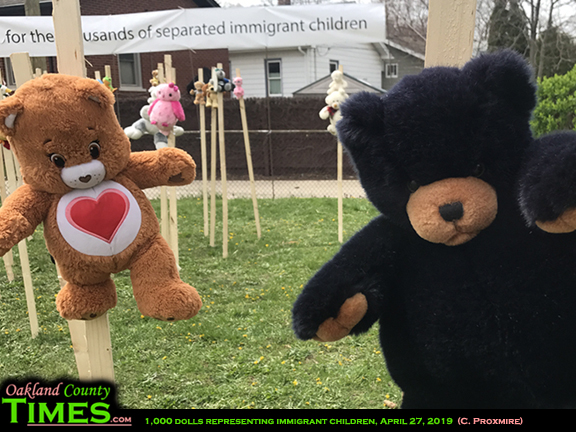 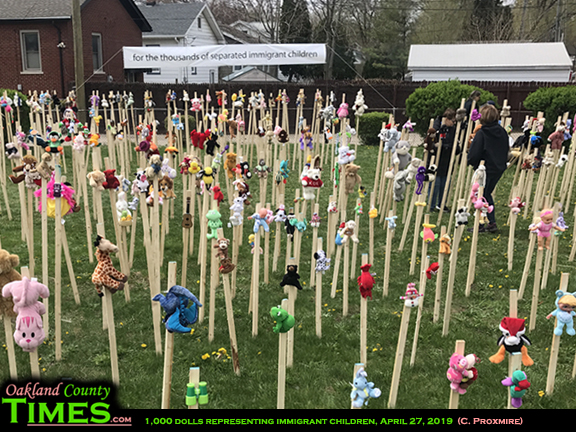 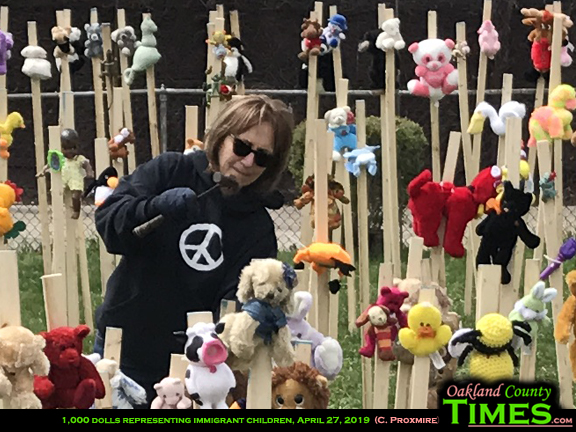 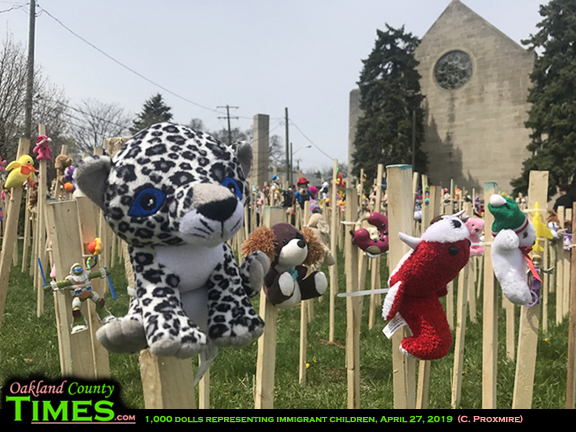