(Crystal A. Proxmire, April 19, 2019)
Detroit, MI- Metro Detroit Youth Clubs have a long history of working with the Detroit Tigers baseball team for support and inspiration.
That partnership was celebrated Wednesday morning as Detroit Tigers Manager Ron Gardenhire joined Club Kids and supporters at the Durfee Innovation Society in Detroit for the annual Breakfast of Champions.
Gardenhire spoke at the fundraising breakfast, sharing stories of both baseball and mentorship.
Not only did he speak, he let himself be interviewed by one of MDYC’s former Youth of the Year winners – Noah Suitt – in front of an audience that included kids from each club as well

as donors to the organization.  Suitt, who currently attends Central Michigan University, is working towards his dream of becoming a sports journalist. He serves currently as a color commentator for CMU baseball. Suitt was excited to interview the manager, as well as to be joined onstage by Veteran radio personality “Big Al” Muskovitz.”
“My dream is sports broadcasting so any opportunities I have to do that I’m happy for,” he said.  “It was an honor.”
When asked how the interview came about, Suitt said “I grew up in what was the Boys and Girls Club.  I started going there as a kid. Then it was my first job. And over the years Brett [Tillander, the Director] and everyone gets to know you.  They get to know what you’re interested in, and if they see opportunities that are good for you, they help.”
Suitt said Gardenhire “gave a good interview,”  and that he “couldn’t have asked for a better morning.
Gardenhire came to the Detroit Tigers last year as manager. Previously he’d served first as coach, then manager of the Minnesota

Twins from 1991 to 2014. His career started with the New York Mets, where he played from 1981-1985.
“I loved baseball but I wasn’t that good of a player. I didn’t play for very long, only a few years. But I loved the game.  Thankfully somebody saw that and gave me the chance to be a coach,” Gardenhire said.  “Tom Kelly took me under his wing, made me third base coach in 1991 – in which we won the World Series that year… He was tough on me, but he really taught me how to teach, and how to see the game in a whole different light. I really try to live that way every day.”
Later, Oakland County Times asked Gardenhire about his experiences working under two rather different coaches – Davey Johnson of the Mets and Tom Kelly of the Twins.  “Davey was a real analytical thinking kind of guy. Real easygoing. The game was fun and he was like your best friend.  And Tom, he was kind of a hard guy. He was a good guy, but it took a long time to get to know him. Tom was tough love for sure.”

When asked who he was most like, the Tiger’s Manager said “I’m a little of both.  I think I’ve got a good feel for when to get on them and when to back off.  Like sometimes a guy messes up and you have to tell ‘em.  But other times it’s like, he knows what he did.  He don’t need me yelling at him, he feels bad enough.  You have to have a balance.”
Gardenhire shared his philosophy of community service with the students and supporters.  He said he encourages the players “to give back which is really important because they are held to a high, high, high place that people look at, so they have to handle that.  And it’s not easy for these young kids but you know what, they do a really nice job. They go out in the community, they go out and raise money and that’s very important, as a baseball player, not just to play the game but to go out in the community, and use your ability to help other people. And I think they do a really nice job.”
As Suitt interviewed the Tiger’s Manager, kids from Southfield, Royal Oak, Ferndale, and Washington Township clubs looked on. Some of the kids knew Suitt from his time at the club. Most were excited to hear Gardenhire speak.  Certainly 16 year old Tamia Pettus from the Southfield Club was.  She and her dad go on regular daddy-daughter dates to Comerica Park.

“My first gave I was literally three months old,” she said. “I don’t remember it, but it’s in my blood.  I’m a huge fan.”
The event also paid homage to the very first Youth of the Year with creation of the Jim Huff Award.
Metro Detroit Youth Clubs began in 1958 as the Boys Club, located in Royal Oak. Over the years it grew into the Boys and Girls Clubs of Oakland and Macomb Counties.  Now as the organization spreads its wings into Detroit, they have grown beyond the national organization and taken a new name.  Metro Detroit Youth Clubs is currently fundraising with hopes of opening a club in Durfee later this year.

It was in 1958 that a young man named Hoff became the first Club Youth of the Year.  Hoff went on to have an over 50 year long career in Major League Baseball.

managed in the Reds organization for 11 seasons (1973-83),” stated his obituary from MLB.
Hoff also spent his life supporting the Club that he credited with helping him follow his dreams.  He died in December of a heart attack while attending mass.  He was 73 years old.
“He was a collector of friends.  He was a rock for them. He challenged them.  He was there for them,” said Club Director Brett Tillander.  “He demonstrated leading and caring with your heart.”
An award was created in Hoff’s name, and was presented to Gardenhire for his dedication to serving youth through MDYC.  Hoff’s brother Bob was on hand to present the award.
To learn more about the Metro Detroit Youth Clubs, visit their website www.miclubs.org. For more on the Detroit Tigers, check out https://www.mlb.com/tigers.  If you value stories like this one, join the Oakland County Times Readers Club to support our work. 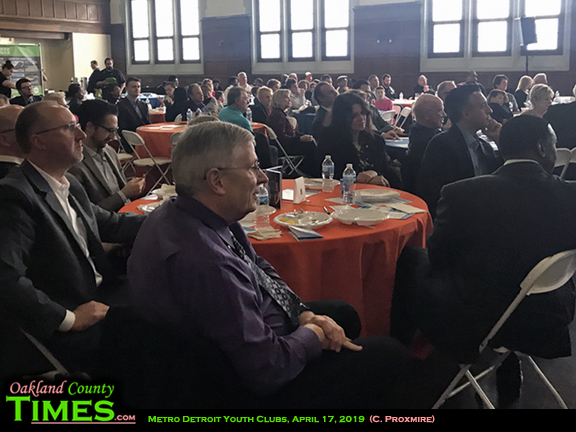 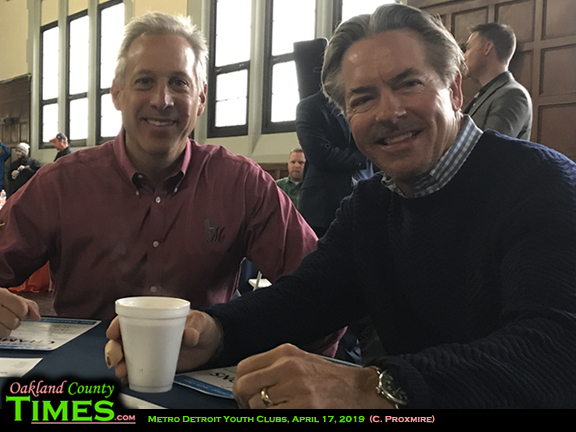 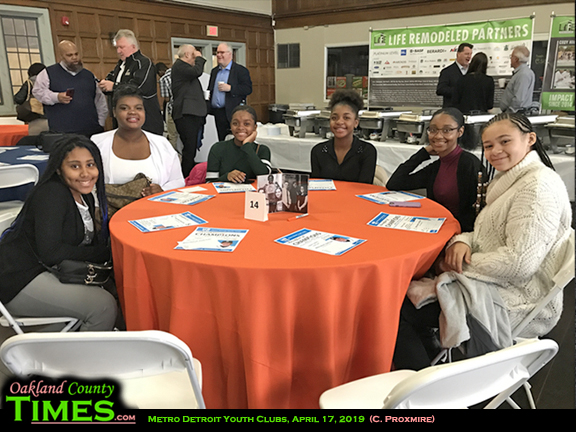 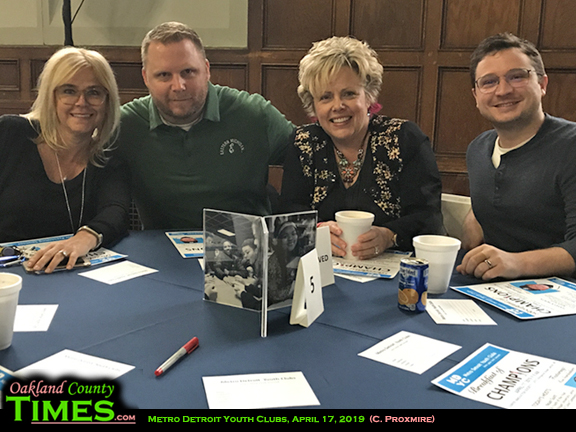 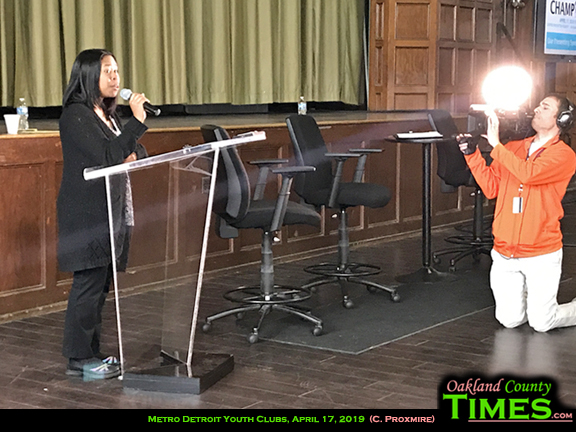 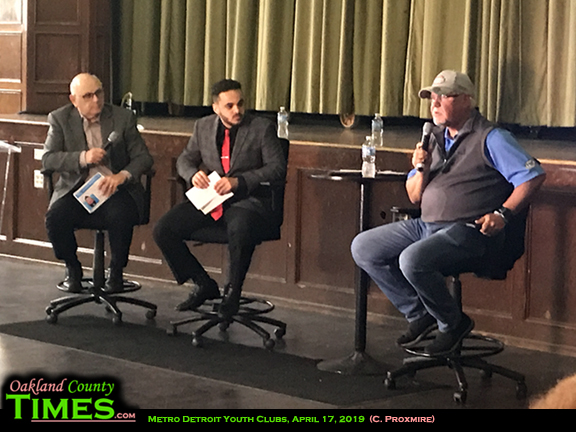 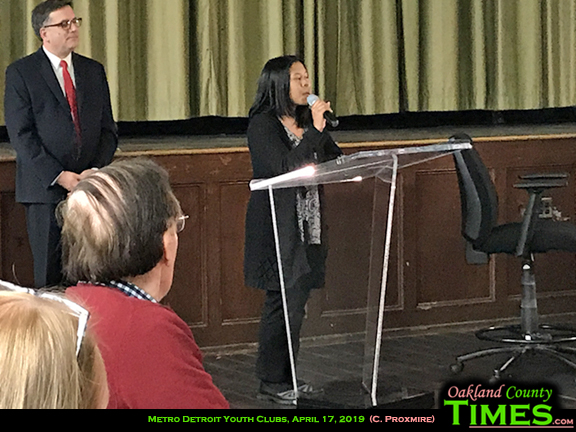 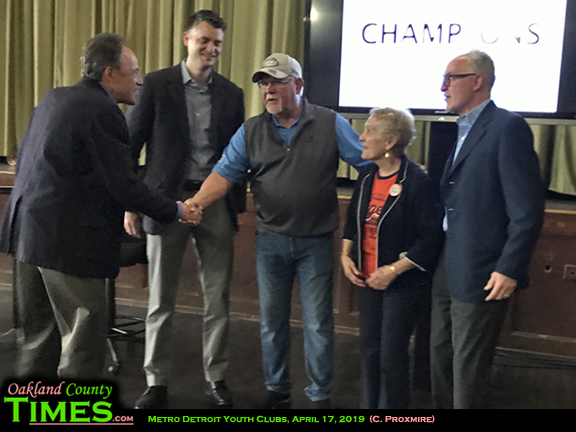 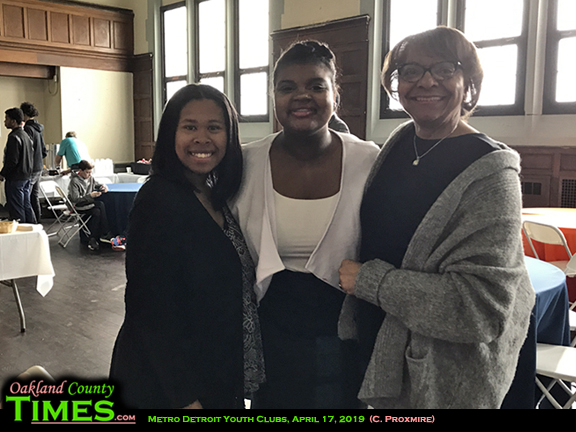