, in attendance were Mayor Pro Tem Bruce Kantor, Council Members Donna Stallings, Ian Ferguson and Saleem Siddiqi, and an audience of fellow law enforcement officers, city officials, and community residents.
“I am so proud to be part of Lathrup Village,” said Mayor Kelly Garrett. “Our Police Chief Scott McKee deserves major kudos for his progressive leadership and these new hires spotlight how we are moving forward from a cultural perspective in showing the world what diversity and inclusion looks like. The two officers bring a wealth of enthusiasm, expertise and professionalism. This sets a great tone and vision for our community as we continue to be a welcoming city for everyone.”
The new officers provide a wealth of experiences and new perspectives. Elhourani is a

millennial who recently graduated from the police academy. She is multi-lingual and brings an understanding of Middle Eastern culture to the police department.
Officer Tackett has over two decades of experience as an Investigative Commander with the Garden City Police Force and as Chief of Police for the St. Joseph Heath Systems.
“Lathrup Village brings together people from many cultures and backgrounds. It is our vision is to have a police force that also reflects such a rich diversity,” said Lathrup Village City Administrator Dr. Sheryl Mitchell.
“Officer Elhourani is our second woman on the police force. She is fluent in Arabic, which is a tremendous asset for fostering cultural understanding of one of the fastest growing ethnic groups

in our region – Arab/Chaldean Americans. And, Officer Tackett offers a broad wealth of experience, which brings a very even-handed and knowledgeable approach to law enforcement. This is a win-win for our police department and the community we serve.”
The new hires also reinforce the notion that Lathrup Village is a city that attracts, retains and develops working professionals as they build their careers. The opportunity to engage in a community policing-environment was a draw for both of the new officers, Mitchell said.
“The Lathrup Village Police Department has a very strong reputation in the law enforcement community,” said Officer Michael Tackett. “While looking for a law enforcement job, I wanted to work for a community similar to (my previous post) Garden City. Within smaller communities like these, I have experienced a strong connection with residents, which allows

for more personal and hands-on police services. The community/police connection is strong and I thrive in that type of environment.”
Officer Elhourani shared a similar sentiment.  “I admire the way community policing is handled in Lathrup Village,” she said. “I believe working closely and building ties with citizens of the city is important for having a proactive approach towards local problems and finding solutions to better serve the people who call this city ‘home,’ all while making Lathrup Village as safe as possible for them
City officials feel that adding Officers Elhourani and Tackett will present numerous advantages to a local community that embraces diversity and inclusion.
“These additions to the police force add a fascinating layer to the city’s overall cultural mosaic,” Mayor Garrett said. “Zahraa (Elhourani) is a highly trained, educated and confident young professional who brings a wealth of experience from a new and different perspective. And Michael (Tackett) has such a broad range of investigative experience that it will only enhance what we already do. But bottom line, what impresses me most about both officers is their compassion for people and their desire to render high quality law enforcement services to Lathrup Village.”
To learn more about the City of Lathrup Village and/or its Police Department, visit www.lathrupvillage.org. 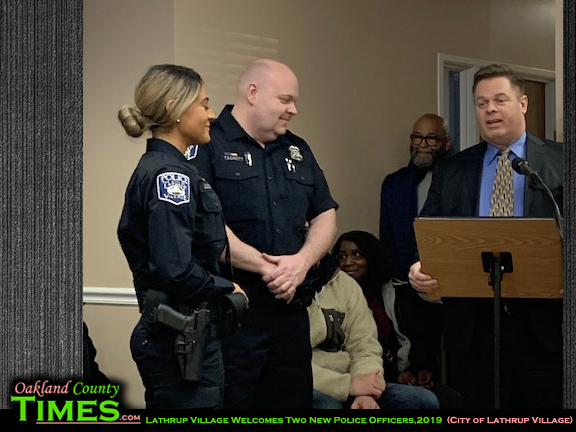 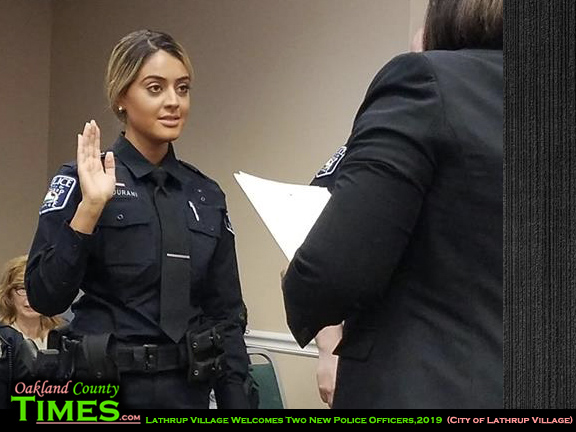