(Crystal A. Proxmire, Feb. 20, 2019)
Ferndale, MI –Baker College presented initial design concepts for a potential new campus during the Ferndale Planning Commission’s Wednesday night meeting, with discussion lasting more than three and a half hours, and about 100 residents attending.
Baker College and the City of Ferndale entered into an Exclusive Negotiating Rights Agreement (ENRA) which gives them until April to agree on a plan, though extensions could be granted if negotiations are moving forward in good faith.
Baker representatives said that the campus could support 1,500 total students, with about 300 there on any given day.
Initially there were several properties under consideration. It’s now been narrowed down, with one building for the campus and one for parking.
The main campus building is proposed in what is now the parking lot behind Como’s Restaurant plus the adjacent

property at the NW corner of E. Nine Mile and Bermuda which has been a vacant lot since Ferndale First Baptist Church was demolished in 2014.
The second building would be a mixed use building with six levels of parking to be located in the Library parking lot, between the Library and City Hall. The building would be mainly parking, but with two 40 foot setbacks where retail, office, or residential could go.
The renderings of the campus building showed a limestone facade with metal trim and large windows.  It included a two-story entrance way, as well a covered walkway along the front.
The walkway was inspired by another property the designers saw while walking around downtown.  John Miller of TMP Architecture said he and the team walked up and down Nine Mile road looking at buildings to get a feel for the look of the city.  He recalled looking at Ferndale Haus, an apartment building still under construction.  “And I looked across the street.  I looked at Western Market and that canopy across the front. I took that as a key. How do we take that feel to the east side of Nine Mile?  That’s what planted the seed.”
Other features included a bike corral and a green roof.

The initial design concepts are not set in stone; they were simply presented as a starting point for discussion with the Planning Commission and the public.
Earlier in February a study committee made up of residents, business leaders, elected officials those appointed to boards and commissions met to hear the plans, ask questions, and share concerns.  This group will continue to meet through the negotiation process.
“They are here to check our blind spots, to make sure as we move forward with this so there’s a higher level of scrutiny to this process,” said Economic Development Director Jordan Twardy.
Twardy said that with each step of negotiations and revisions to the plans, staff will be looking for three key factors: Parking/Mobility, Community Impact, and “Ferndale Fit.”  After Wednesday night’s discussion, the next step is for city staff and Baker to take the public’s questions and feedback into consideration and make revisions if necessary.

One big question of neighbors was if there would be enough parking.  The initial plans would add about 410-430 parking spaces. There are currently 103 spots in the library parking lot, and 47 in the lot behind Como’s. Baker estimates needing about 300 spaces in the daytime. So, the new deck would include the spaces needed to replace the lost surface level parking, and the spaces to meet the needs of the college. It is, give or take a few spaces, even.
Other discussion points included whether Baker College is a good fit for the community, what impact their presence could have on gentrification and housing prices, and fear of what would happen if the college closed.   Residents also questioned if having a nonprofit institution, that does not pay property taxes, is the best use for the land.
There were also questions about the financials. However, with negotiations still taking place it has not yet been decided if the City will retain ownership of the land and lease it to Baker, or if the land will be sold. Details of the parking system including management are yet to be determined. Twardy said the City is leaning towards maintaining ownership of the properties and leasing the land, or in a purchase that would the “right of first refusal.” That would mean that if Baker were to sell the land down the road the City would have first dibs if they wanted it.

Financial details will be negotiated out with staff and voted on by City Council.  Design and planning will continue to be heard through the Planning Commission, with at least one more discussion on revised plans before a vote is taken.
Baker representatives said coming to Ferndale is part of changing the college’s image and approach.  “Students want to come to something. They want to be part of a community. They don’t want to drive to a campus, pull in to park for a class, and leave,” said a Baker representative.
Baker offers over 100 programs, including Masters’ Degrees.  In the past 5 years, over 20,000 students have graduated from Baker’s various campuses.  Baker College has announced it will be closing their Flint, Allen Park, Auburn Hills and Clinton Township locations, though they will be offering classes through Aug. 2020.  Students coming to Ferndale from the other campuses could qualify for a partial scholarship to help 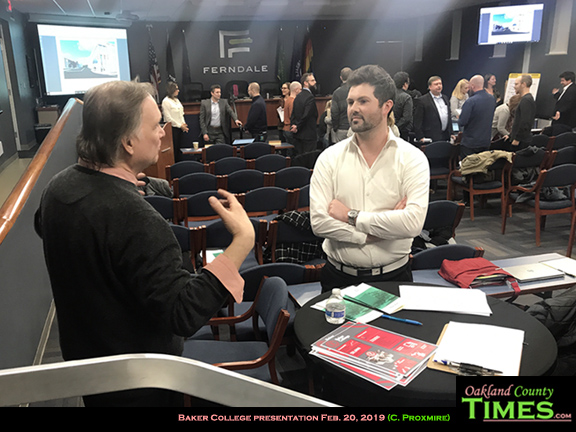 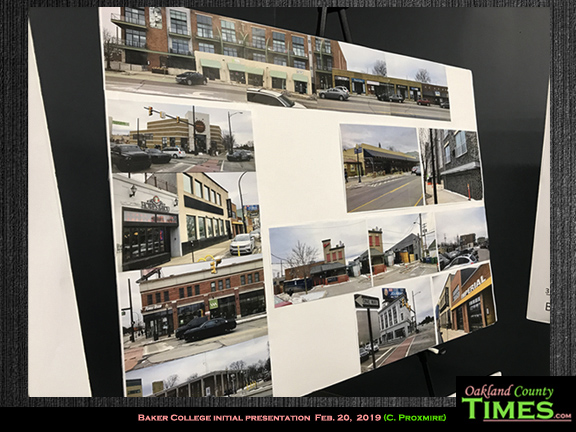 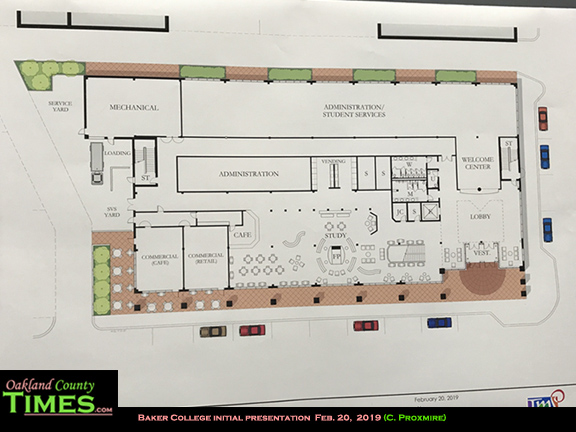 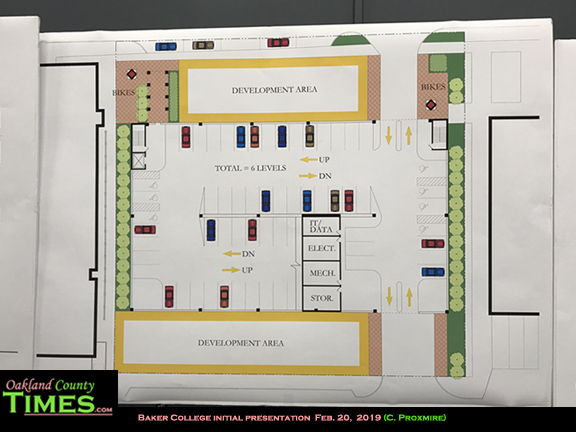 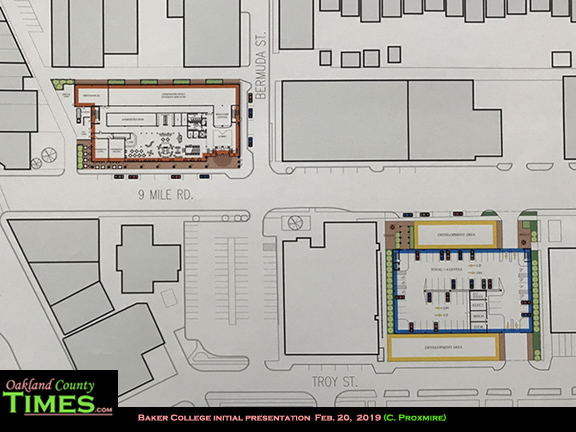 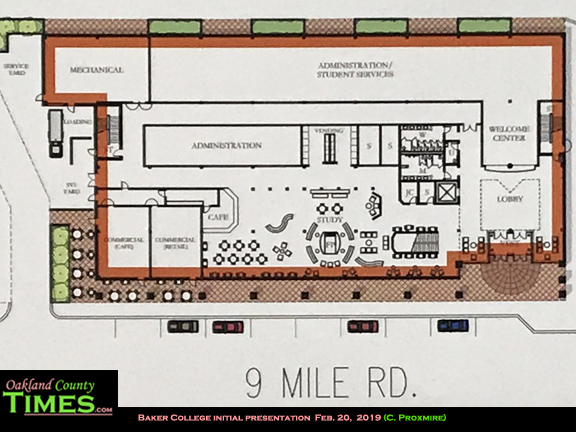 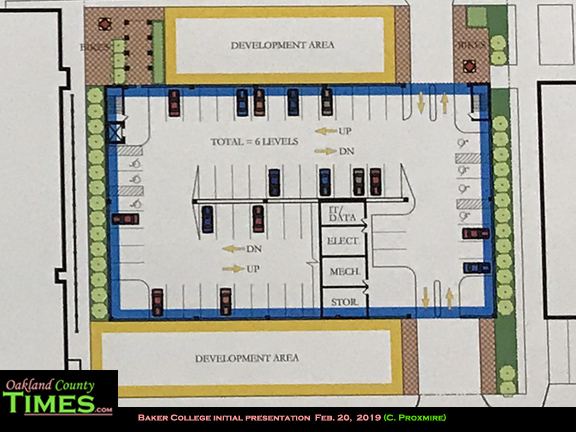 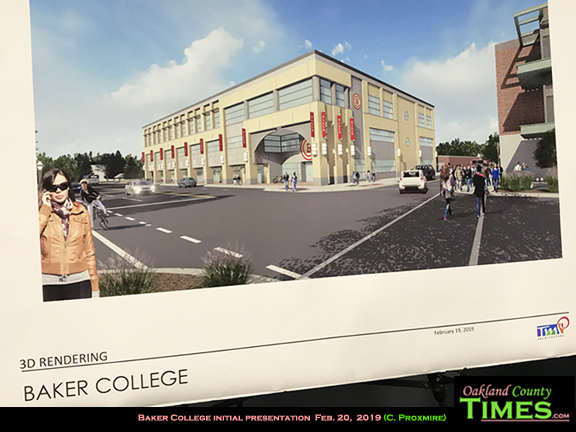 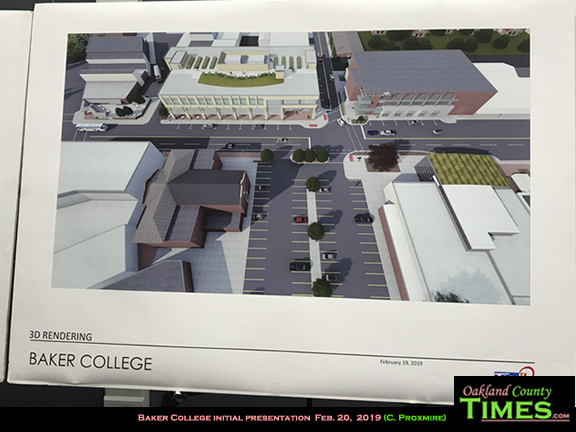 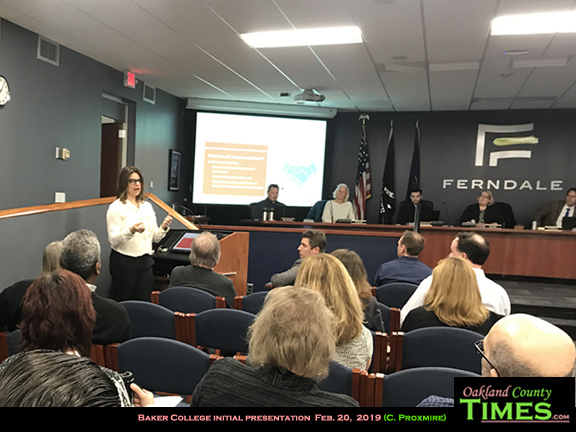 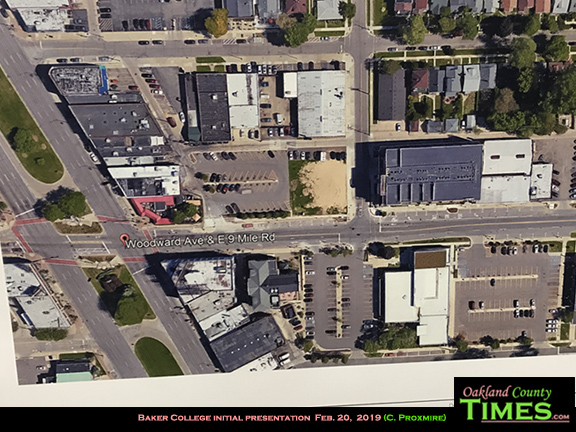 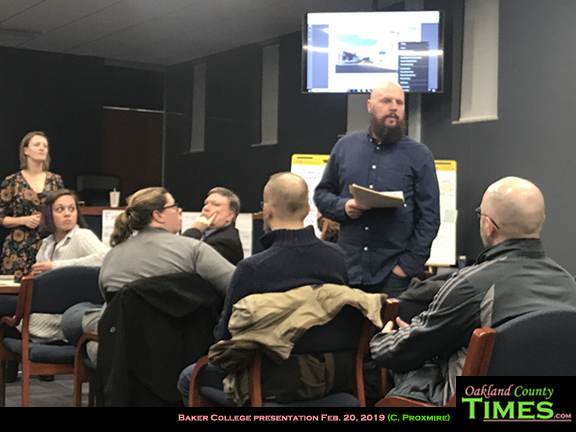 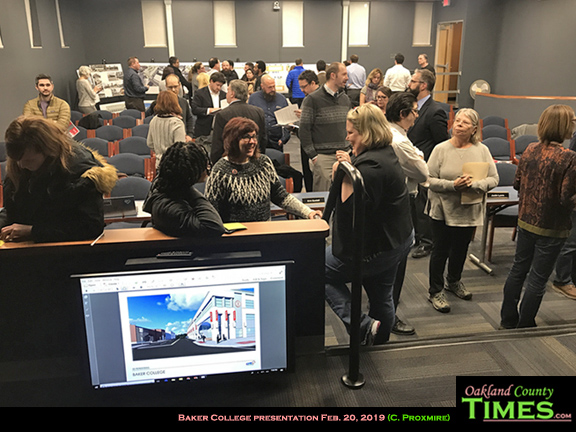