(Crystal A. Proxmire, Feb. 18, 2019)
Ferndale, MI – As part of protests held around the country Monday, over fifty people gathered at Nine Mile and Woodward in Downtown Ferndale with signs and chats opposing President Donald Trump’s declaration of a state of emergency at the southern border.
Holly Brommer came from Shelby Township with a pink knitted cap and a sign calling Trump’s declaration a “fake emergency.”
“A wall is not the best way to protect the border,” Brommer said, referring to the President’s campaign promise to build a wall along the Mexican

border. “The only emergency we have is having him as a president.”
When asked if it was worth the drive to come to Ferndale and spend the afternoon in the cold, Brommer said “Well, I’ve been to DC for this, so Ferndale’s not that far.”
Kathleen Muller of Bloomfield Hills also came to be part of the Presidents Day presence. “This is just an outrageous abuse of power,” Muller said. “It’s offensive to the American people and to democracy.”
“There is no emergency, come on, he [Trump] went golfing this weekend,” she said.

One of the key organizers of the Ferndale protest is Indivisible Fighting #9, a group of residents of the 9th District who support progressive policies and candidates. Jill Warren was among those holding Indivisible signs.
“We want common sense progress,” Warren said.  “We’re part of a national coalition of Indivisible groups. There are rallies like this all over the country.”  Among those in Michigan were protests held in Howell and Ypsilanti.
Protestors stood in groups at all four corners of the Nine Mile and Woodward intersection, plus inside the median, changing “build bridges not walls” as drivers honked horns in support,

or yelled insults, as they passed.
Brommer said that protesting was part of democracy.  “Being here helps to remind people to pay attention to what’s going on,” she said.
Ferndale has become a hot spot for political demonstrations in the past few years.  In January people lined Nine and Woodward in support of Democratic representatives taking office.  In November 2018  2018 over 200 people gathered in a nearby parking lot to share the message “no one is above the law.”   In October there was a gathering after the shooting at a Jewish synagogue in Pennsylvania.  There have also been rallies decrying the violence in Charlottesville, VA,   protests against homophobic ministry, and a march with the theme that “love trumps hate.” 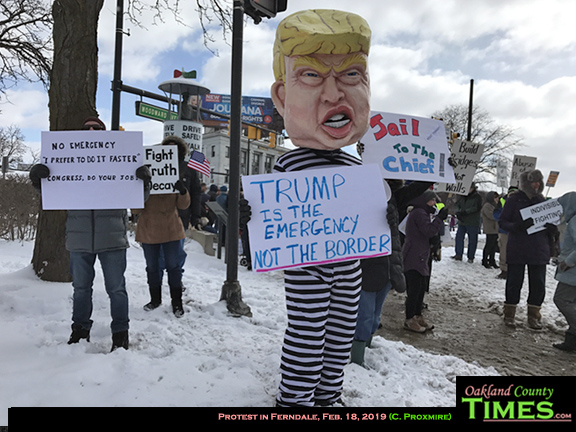 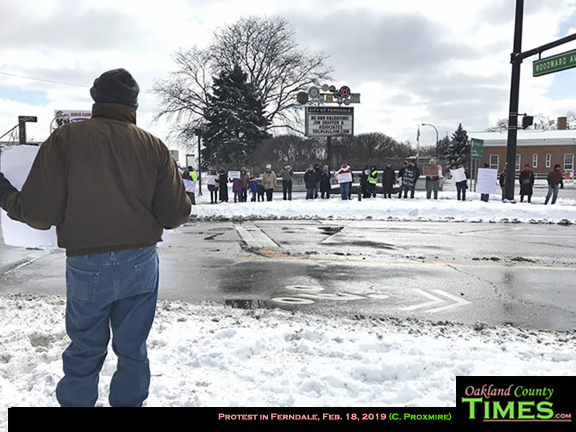 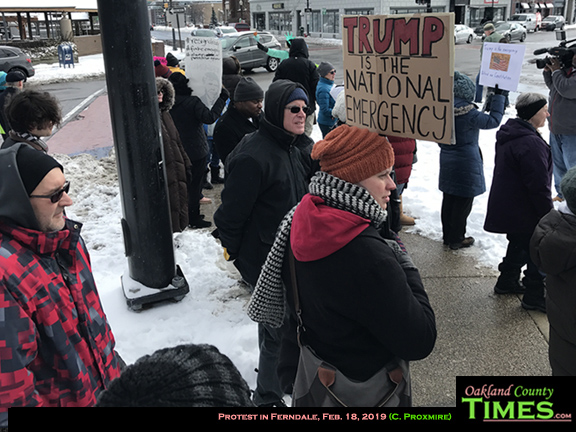 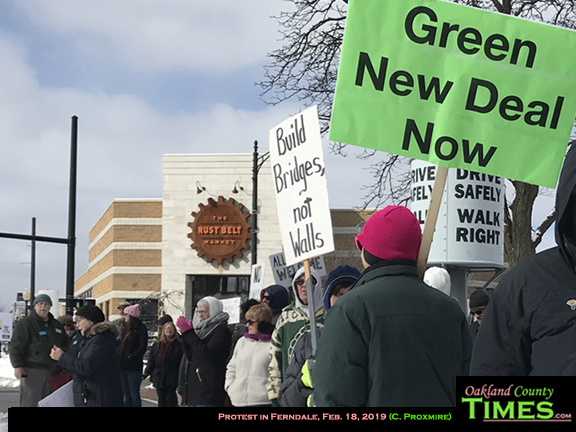 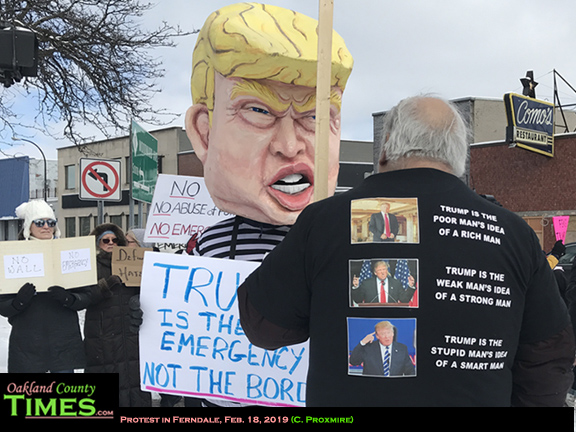 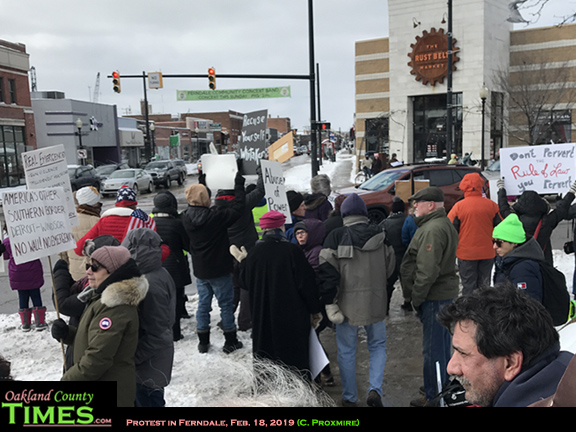 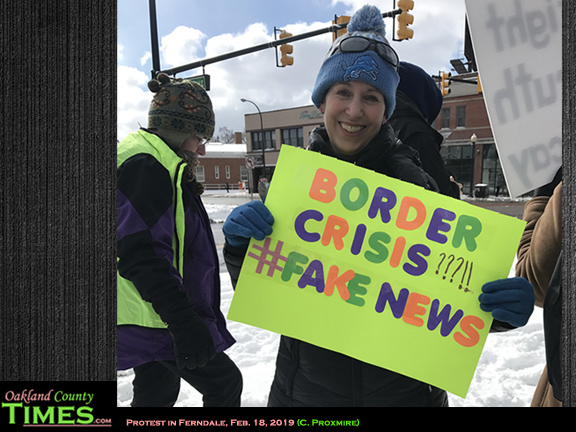 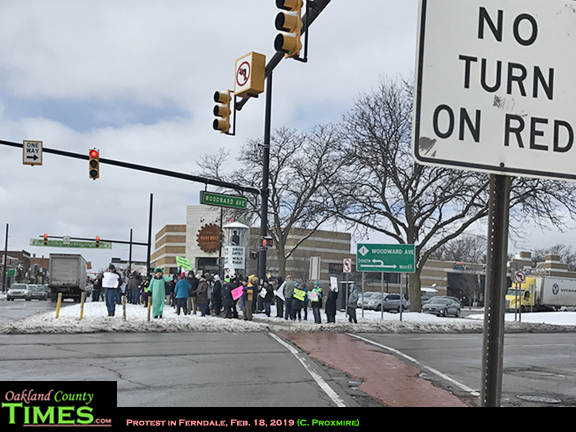 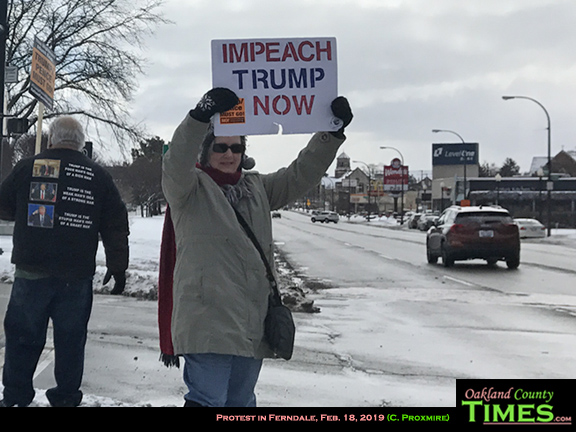 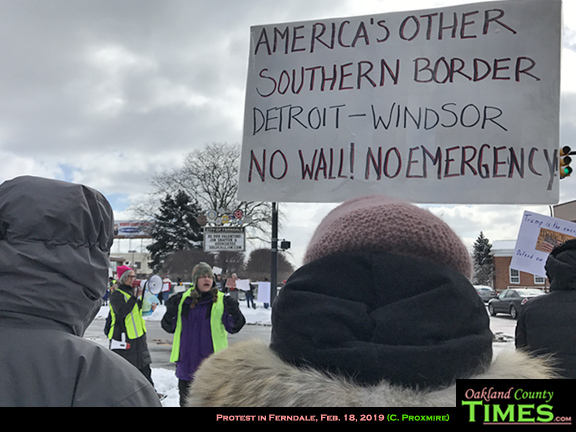 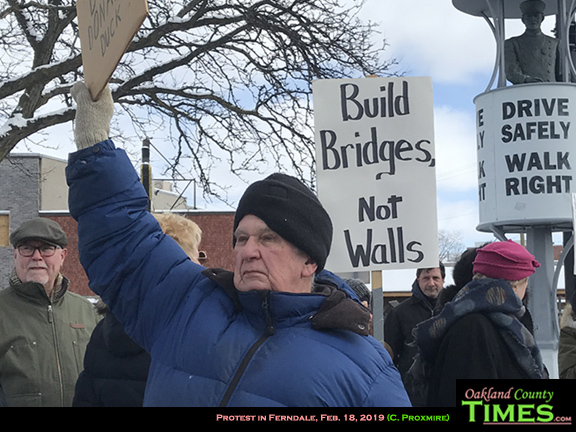 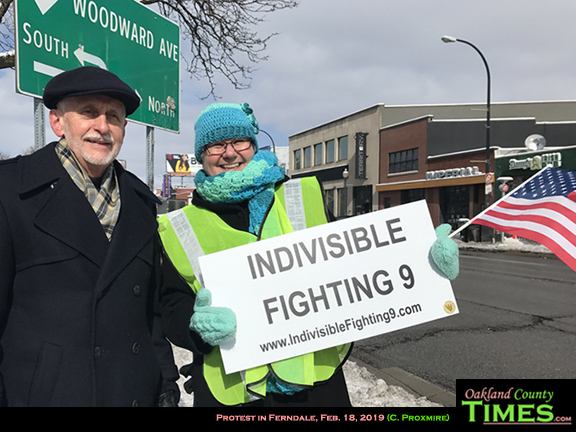 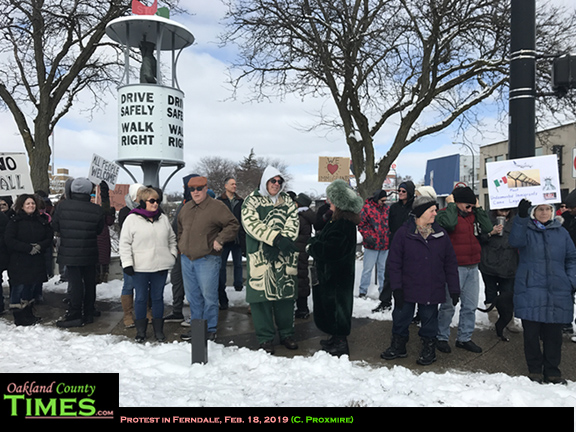 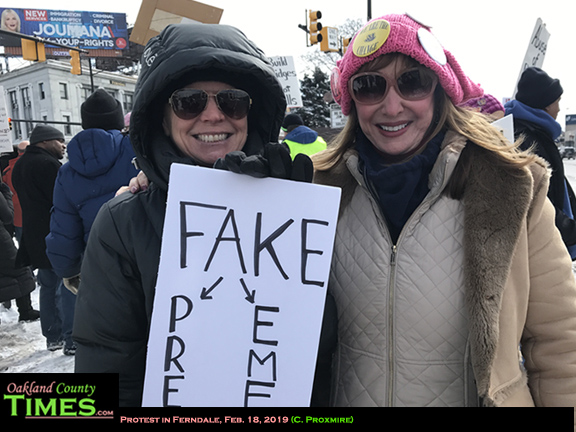 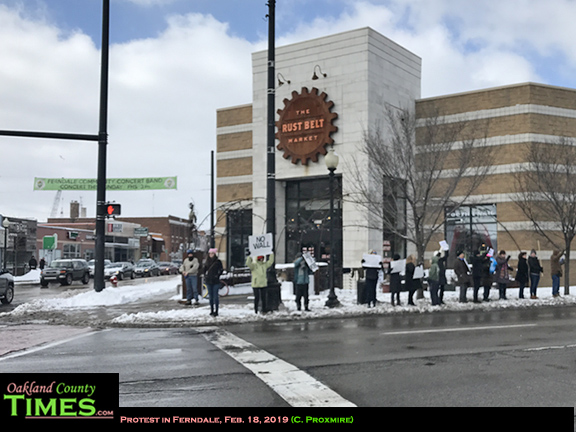 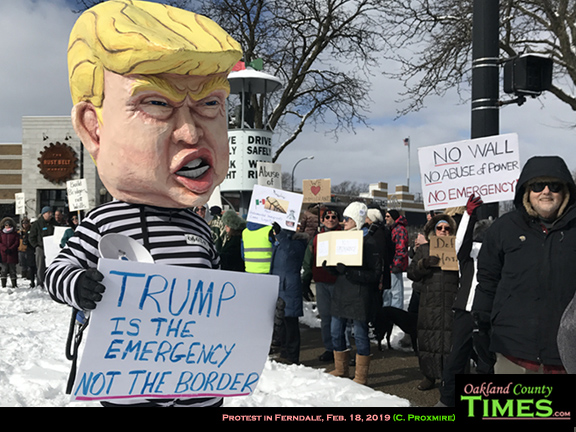 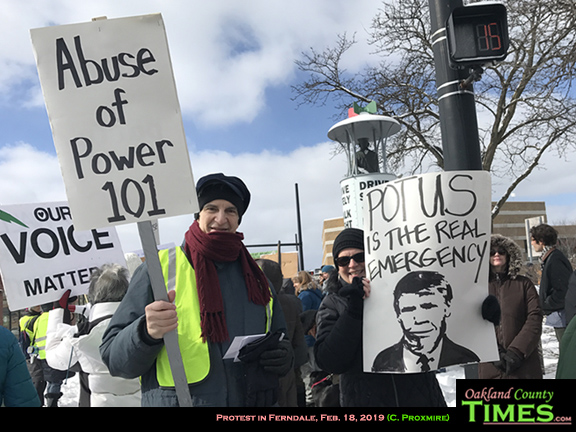