Cats in the Office are Part of Rose Township Charm

Cats in the Office are Part of Rose Township Charm

Rose Township Offices
(Crystal A. Proxmire, Feb. 10, 2019)
Rose Township, MI- Rose Township Supervisor Dianne Scheib-Snider is “not a cat person,” but when she became Township Supervisor in 2016 she found herself being “office mom” to a pair of somewhat friendly felines – appropriately named Rose and Holly.
Both cats found their municipal office homes in 2013.
In Jan. 2013 a concerned neighbor contacted the Township offices about someone living on Rose Center Road that had moved out and left behind a cat to fend for itself in the cold. Treasurer Paul Gambka went to look

for the abandoned cat, and it took several attempts to build up enough trust for the older white and gray cat to come with him.
“It was very cold, with temperatures below zero,” Scheib-Snider said. “Finally Paul got her to come.”
Without anyone in the position to bring home a new pet, the staff at the time decided to let her stay. They named her Rose, and for about a month she was the queen of the castle.
But then came Holly.
In February of the same year, Trish Trevethan, who

served as Treasurer at the time, was grocery shopping in Downtown Holly when she and other shoppers found themselves concerned over a hungry cat in the parking lot.
“The cat was trying to get into the store to stay warm because it was so cold,” Scheib-Snider said.  “Trish brought her here, and named her Holly.”
The cats have lived in the offices ever since.  There is an office used for storage that is also where they go if there are meetings happening, complete with little cat beds, litter, toys, and food.  The cats also enjoy sitting by the window with a feeder outside of it, watching the birds and squirrels that tease them from the other side of the glass.

All of their care is paid for voluntarily by people who work in the offices, as well as by residents who drop in with donations. If the offices are closed for holidays or long weekends, Scheib-Snider or others stop in to make sure their needs are met.
“People love the cats,” Scheib-Snider said.  “We have people that just stop in to seem them.”
Deputy Clerk Caitlin Holdorf was excited to get her job at Rose Township three years ago, partly because the cats are a perk.  “I used to work in a pet store,” she said.  “It’s nice to have little animals around while I work. It makes the day better.”
Holdorf explained that the girls each have “their own little personalities.”

“Rose is very shy.  If there’s too many people she’ll run and hide,” Holdorf said.  “Holly is the little brat.  When the bell chimes for someone coming in, she perks her head up to see ‘who is here, and are they here to see me?’
Holdorf said Holly is mainly Scheib-Snider’s buddy, often just following her around through the day.  “Diane is her mom. Only Diane can pick her up.  She comes up on my desk sometimes with this look of disdain, like ‘you may pet me, but you’re my second choice.’  It’s so funny.”
“I’m a dog person,” Scheib-Snider said of the sometimes moody tabby.  “But we’ve bonded.”
Rose Township is in the NW area of Oakland County, just south of Holly. With a population of just over 6,200 people in 36.4 square miles, it is made up of 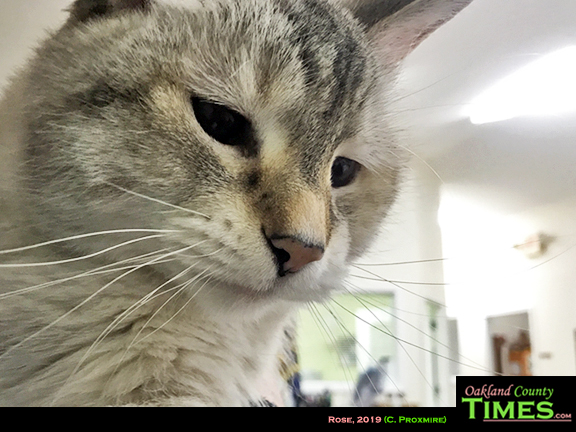 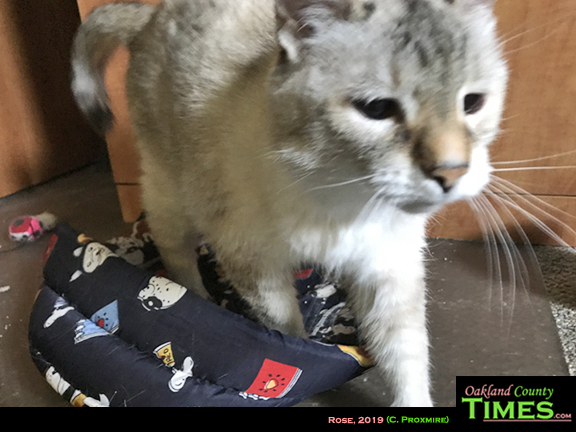 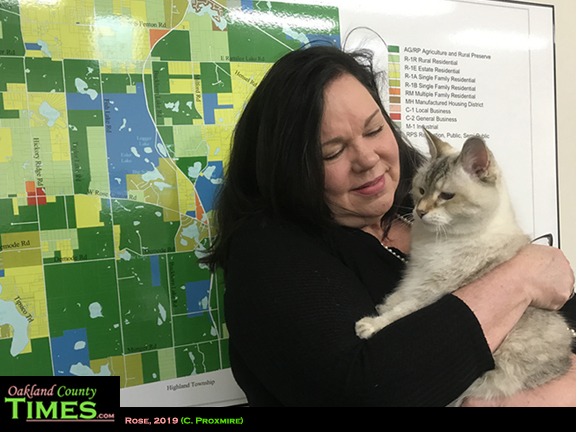 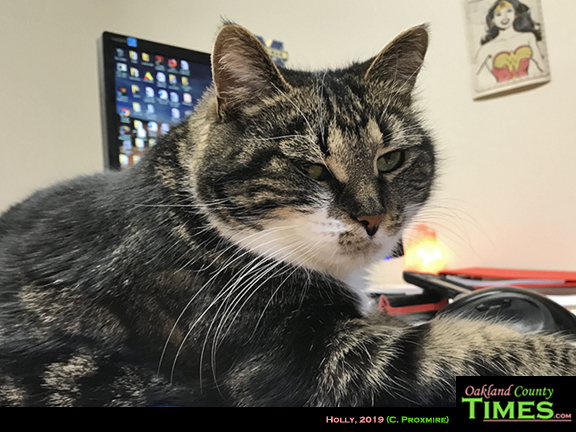 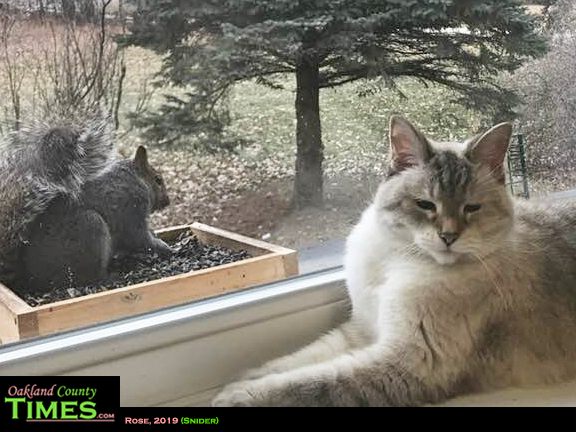