Kmart Comes Down in Madison Heights, BJ’s Wholesale Moving In

Moving In
(Crystal A. Proxmire, Jan. 25, 2019)
Madison Heights, MI- Demolition has started at the former Kmart store at 29101 John R, at the corner of 12 Mile Road in Madison Heights.   In its place will be a store that is similar to Sam’s Club and Costco – this one called BJ’s Wholesale Club.
Mayor Brian Hartwell is excited to see the corner transformed, and proud of the process that put Madison Heights at the top of the list.
“One thing we did over the last couple years with the new council members was to change our code to become the fastest city in Oakland County to open a business,” Mayor Hartwell said.  “Very little happened in Madison Heights city hall for most of the 2000s and this translated to a comatose development

plan. One of the most significant impacts of the new city council members, I really cannot understate this, is that they speak up about problems, identify solutions, and actually get involved in the process.
“The newbies aren’t here to sip coffee or order others to get the job done, like the past decades.  BJ’s Vice President confirmed our new policy by selecting Madison Heights as the first location over sites in Macomb and Wayne Counties. We simply were the fastest to open, with guaranteed exposure to new customers.”
BJ’s is well-known on the East Coast and is headquartered in Boston.
Phase one includes the complete demolition of the former KMart building. Neighboring businesses won’t be impacted.  The parking lot will be replaced and new trees will be planted.

Hartwell said the company agreed to putting in three times more trees as required to help beautify the property.
Phase 1 also includes a 10 or 12 pump members only gas station. The pumps will be tucked between the southern edge of the new warehouse and the current commercial strip on 12 Mile that includes Tropical Smoothie Cafe and Penn Station Subs. “The smoothie drive through will see an insane amount of new business as motorists fuel up after refueling their cars,” Mayor Hartwell said.
Phase

2 will include a stand-alone restaurant at the NW corner of 12 Mile and John R Road. Hartwell said rumors of the tenant being McDonalds are not accurate, but the restaurant will have indoor and outdoor dining.  There will also be some redesign of the turn lanes on 12 Mile, which will be done at the developer’s expense.
The goal is to have the project completed within the year.  According to Supermarket News, will be the 17th state BJ’s moves into. They are also opening a location in Taylor.
BJ’s has groceries, cleaning supplies, electronics, furniture, baby products, and more.  Check them out online at www.bjs.com. 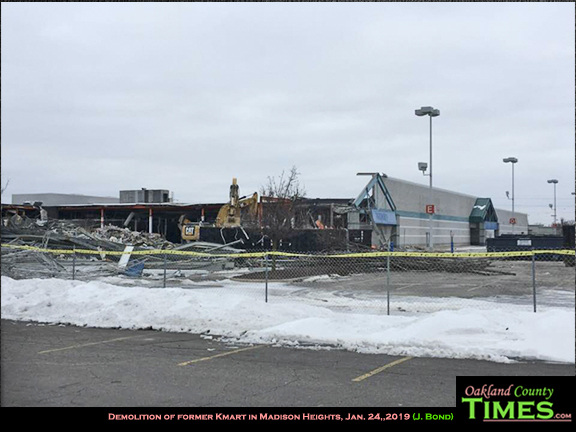 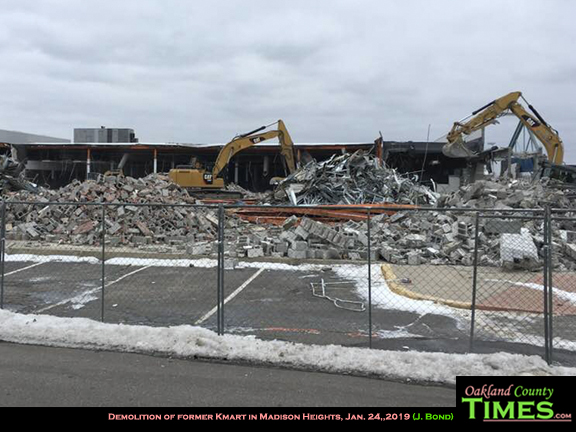 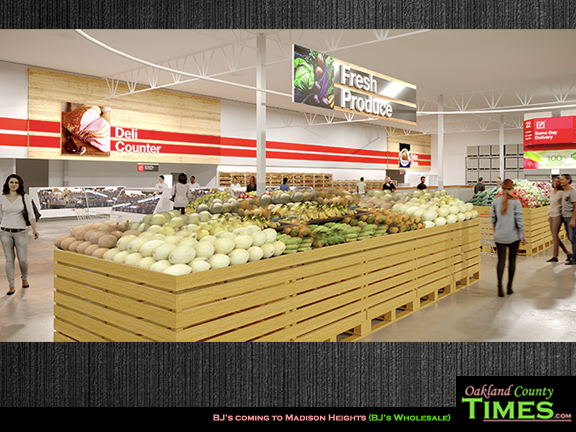 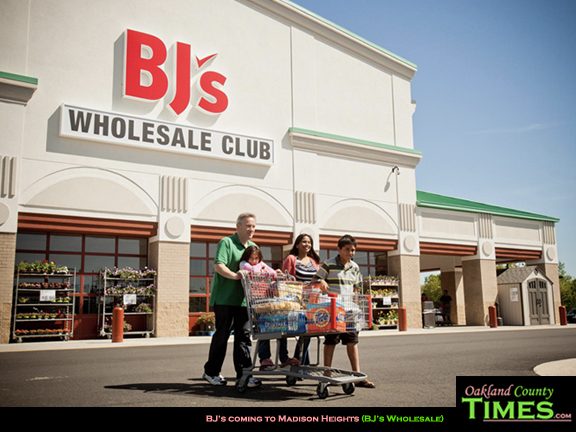