Demonstration in Ferndale Shows Support for “Blue Wave” in Congress

Demonstration in Ferndale Shows Support for “Blue Wave” in Congress

(Crystal A. Proxmire, Jan. 6, 2019)
Ferndale, MI- As the 116th Congress begins the work of representing the nation, Democrats around the county have been holding rallies to show support.  About 100 people gathered at 9 Mile and Woodward in Downtown Ferndale Thursday as part of a nationwide Day of Action by “Indivisible” groups, which are organized around progressive issues and candidates.
Among the local groups that gathered in Ferndale were Fighting #9, Huron Valley,

Troy, Northville and Birmingham.  Also joining them was the Detroit Light Brigade, with letters across the median spelling “All Eyes on Congress.”
“Whose House? Our House!” chanted crowds in Ferndale and elsewhere.  Signs touted progressive principles such as social justice, free press, clean air and water and black lives matter.
The Nov. 2018 election saw more women elected to Congress, and the most diversity ever.  There are two Muslim women, two Native American women, and the youngest-ever Congresswoman among those getting started on the job.  Among the Democrats who won seats previously held by Republicans were Haley Stevens and Elissa Slotkin.
“I believe that our groups will gain more power in affecting our government as

we continue to organize,” said Cherie Horrigan-Happy of Indivisible Fighting #9.  “We are a people’s movement, which is so significant because we remain a government in the hands of the people.”
Ferndale has become a hot spot for political demonstrations in the past few years.  In November over 200 people gathered to share the message “no one is above the law.”   In October there was a gathering after the shooting at a Jewish synagogue in Pennsylvania.  There have also been rallies decrying the violence in Charlottesville, VA,   protests against homophobic ministry, and a march with the theme that “love trumps hate.” 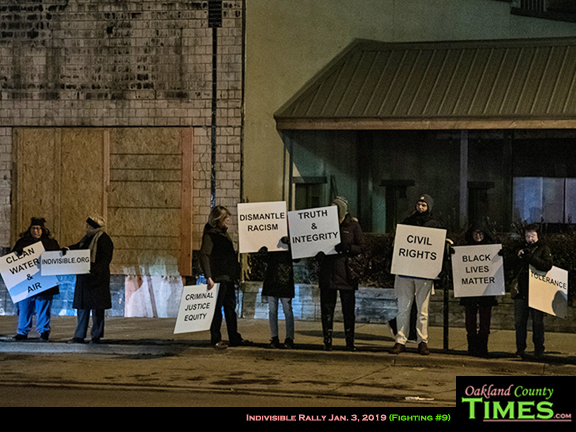 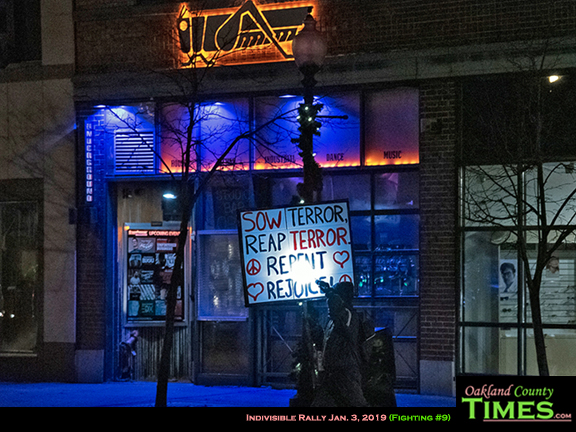 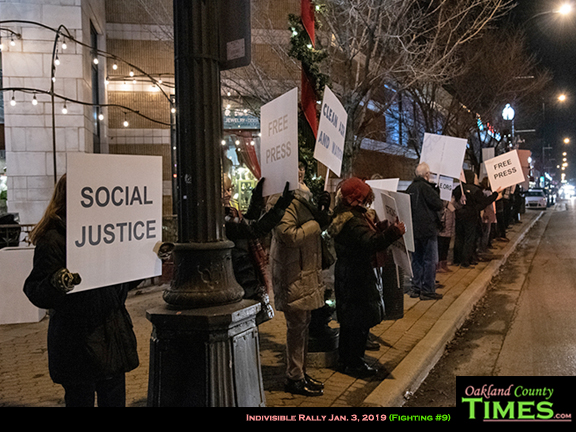 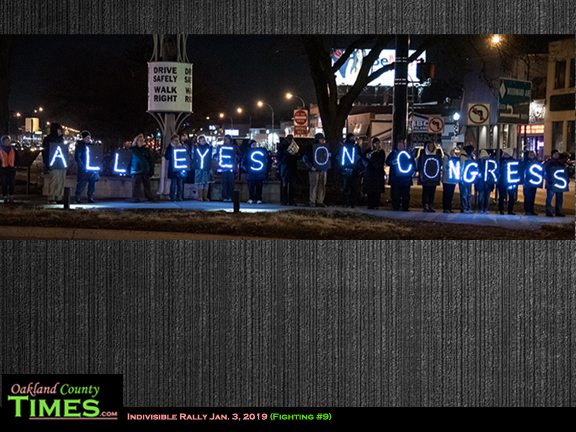 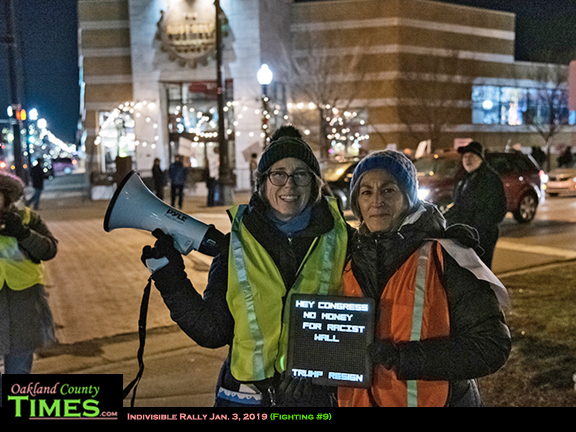 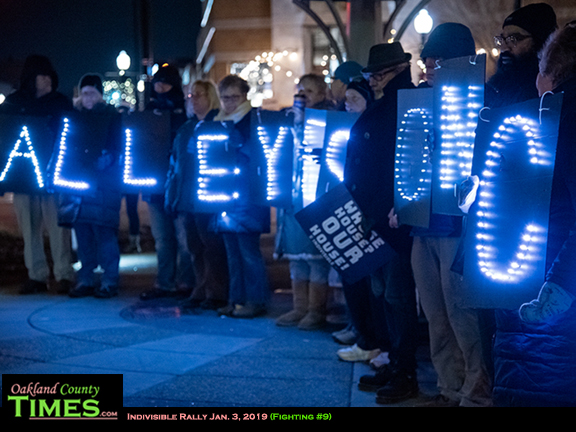 More information on Indivisible Fighting #9 can be found on Facebook.