(Crystal A. Proxmire, Jan. 1, 2019)
Ferndale, MI – When Richard Phillips took his first steps to freedom earlier in 2018, he knew he could not carry any bitterness with him.   “The animosity has to be there before you have problems,” he said. “So if you have a rotten heart from the beginning, you’re going to have a rotten heart afterwards. My heart has never been rotten.”
Phillips had spent 45 years and two months in prison for a crime he did not commit.  In 1971 he was found guilty of the murder of Gregory Harris in Detroit.  He was convicted based on the testimony of a witness who said he was part of the crime.  In 2010 Phillips’ co-defendant told a parole board that

Phillips was not guilty, that in fact it was the witness – Freddie Mitchell – that had been involved.  Four years after Palombo made the statement, his attorney at the time informed the University of Michigan Law School Innocence Clinic about the confession, and a new investigation was launched.  His conviction was overturned, and in March 2018 he was finally free.
Phillips spoke Sunday morning to the congregation of Renaissance Unity in the auditorium of Ferndale High School.  His message was about the power of letting go of the past and living each day fully.
“I would like to say, look, everybody in here, nobody’s life is going to be perfect.  You can’t go through life without having some kind of misery. …It’s not about the bad experiences, it’s how you deal with them.”
Since he’s been out, Phillips has been living each day to the fullest. He’s been

to sports games, concerts, and landmarks all around Michigan. “I’ve been going everywhere, every day of my life, trying to live it.” Phillips said. “If you want to go walk off in the woods and walk through it by yourself, enjoy it.  Enjoy your life.”
Even inside prison, with decades passing and no reason to believe he would ever be released, Phillips was able to find gratitude and a way to put meaning to the days. He became an artist.
“In terms of the artwork, in prison you have so much idle time. And in there I’ve seen people literally commit suicide.  I’ve seen it happen. People jumpin’ off the galleries, cut their arms their wrists.  It is a terrible situation in prison believe me,” Phillips said.  “So, the artwork, actually, what it did for me was give me something to apply my brain to rather than worry or crying the blues. ‘I can’t do this, and I can’t have that. And I’m in prison for the rest of my life

for something I didn’t do.’ What I’ve got to do now is find some kind of way to retain my sanity. ”
Phillips started by drawing and eventually took on painting.   “When I was lonely, miserable, hungry, I got into my artwork.  And I said “Lord thank you for giving me something to occupy my mind because I was almost about ready to lose it.”
In his time behind bars, Phillips did over 400 paintings. There will be a showing of his work at the Level One Bank Gallery in Ferndale later this year.
A surprising thing to many in the congregation was that after four and a half decades in prison, Phillips was released without resources to help him with re-entry into society, the way parolees have. Thankfully Phillips found a community in the Renaissance Unity community.  Upon his release, church

members raised money to help him with his fresh start.
“I wasn’t really a church going person, especially in prison because really you’re just trying to go from one day to the next, trying to just actually stay alive in prison. It’s a struggle just to stay alive one day.  But for me there were 16,900 day and nights of loneliness and pain, misery, hunger, you name it, I experienced it in prison.  There were times I didn’t have anybody to write me, anybody to visit me, anybody to send me things.  Those were some hard times. But when I got out, and got involved in this community here, I received so much love and so much affection that I said ‘this is the place here for me.”
Philips urged listeners to live fully and help others do the same.  “If you see someone’s fallen down, pick them up. And if you don’t feel like picking them up get out of the way so somebody else can pick them up,” he said.  “If someone is in the hospital, go see them. Do whatever you can to make 2019 better, be better than you were in 2018.”
Information on Phillip’s gallery opening will be posted as soon as it is available. Sign up for daily headlines, or keep checking the event page to get that info.  Learn more about Renaissance Unity at https://www.renaissanceunity.org.   Learn more about University of Michigan Law Schools Innocence Clinic here. For more on Phillip’s story click here. 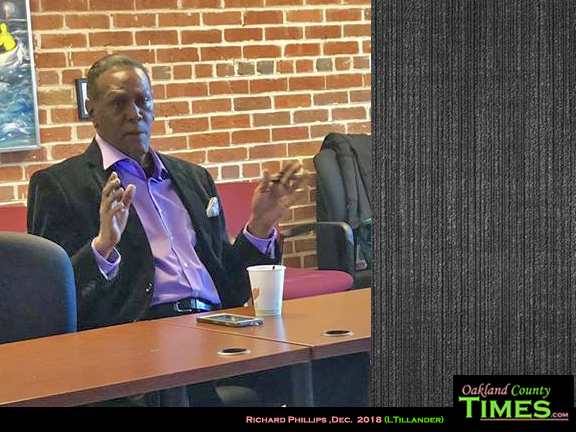 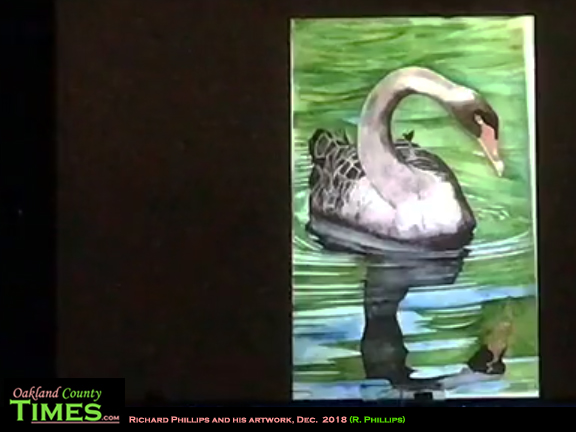 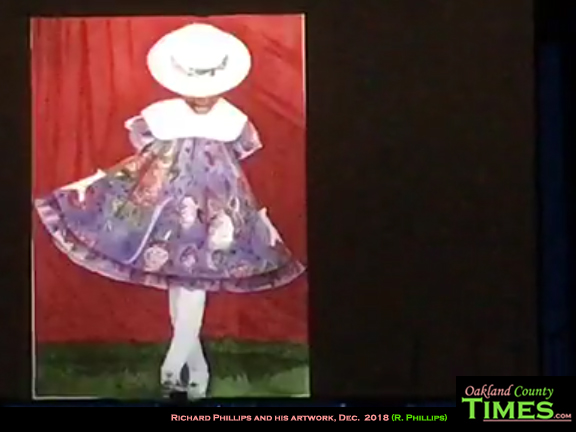 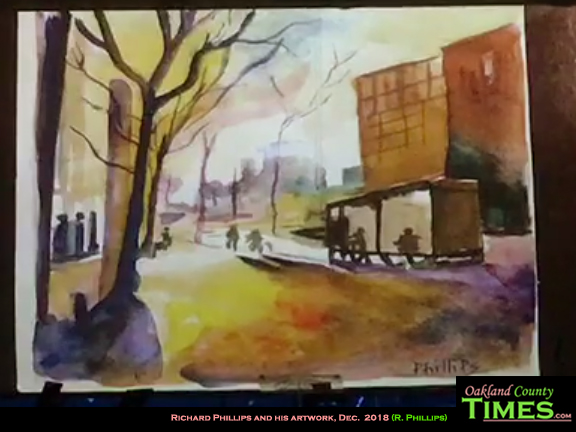 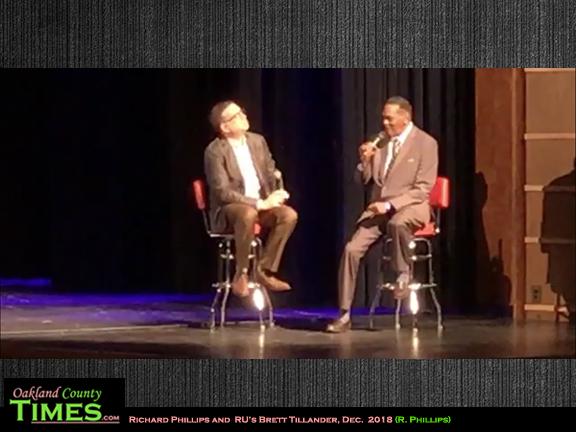 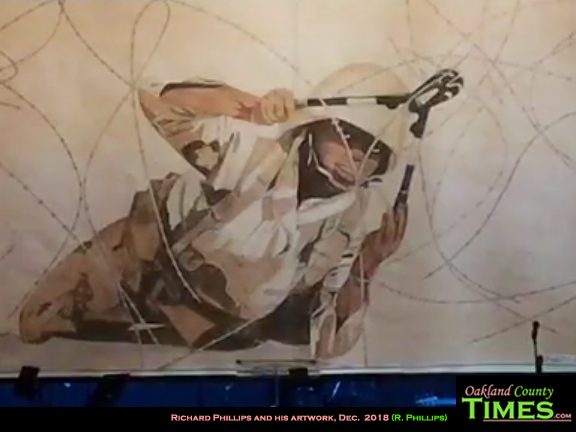