Ferndale, MI- Nineteen years ago when Dean Bach was ready to open a restaurant, there was an investor willing to give him a chance. Now as he prepares to sell Dino’s Lounge and M-Brew, or find a new partner, Bach hopes it can bring opportunity for the next generation of restaurateurs.
“Dino’s was my dream,” Bach said. “Someone out there is ready to go out on their own, or ready to move to Ferndale.  I want to give that opportunity to someone else that I had.”
THE PROPERTIES
Dino’s Lounge is located at 22740 Woodward Ave.  The lot size is 1.08 acres and the restaurant features a spacious dining area, bar, and kitchen that have all recently been remodeled and upgraded.  Seating capacity is 107 inside and 100 on the outside patio spaces.

M-Brew is located at 177 Vester Ave, in the former VFW Hall. The 6,500 square foot building has a main level with counter service and an array of Michigan Beers on top. There’s also a large patio and a lower level that is used as an event space and a pinball machine arcade. The asking price for both the business and the building is $2,350,000, though Bach is open to leasing, partnering, or other options.
THE HISTORY
In December 1999, Royal Oak was the hot spot and the buzz was all about Hamtramck emerging as its successor.  But Bach knew Ferndale through cousins growing up here, and he had a sense that it was going to make a comeback. With a good buddy and investor at his side, he went to a meeting in Hamtramck to look at some places, and decided to take Woodward home instead of the freeway,
“We were stopped at the light there at Nine Mile and I saw the old Rialto Café. I was intrigued.  I thought,’ there’s no way that is available.’  I had him stop and we had lunch at Como’s.  I called the number on the sign and the real estate agent came right out,” he said.

Bach knew it had been empty for a while by the August 1997 calendar on the wall.  “The place was a disaster but I was in love with the location.  It seemed very reasonable, but why was no one buying it?”
He learned that there was a dispute over the liquor license and it was being fought over in court.  To him, it was worth the wait.  They set up the sale contingent on the license, and he had to wait two more years before he was able to start up Dino’s Lounge.
In September 2002, while remodeling was still in progress, he opened the door to Dino’s for a sneak preview as part of the Ferndale Pub Crawl.  That’s when a local man by the name of Ed Hicok came up with the slogan after Bach explained his overall vision.  Hicok summed up Bach’s grandiose description with the one-liner that is still used today “upscale but not uptight.”
As Dean Bach grew his business, he knew that his success would depend on the success of the whole community. Ferndale was a much different place twenty

years ago. The revival of the Downtown was just beginning after decades of closed up storefronts and disrepair.
He started volunteering for the Downtown Development Authority, eventually becoming Chair.  “The DDA was essential to the improvements.  They’ve done a good job of laying the foundation for the future.  I like to think I was part of that,” Bach said.
It also helped him grow.  “The DDA has been great because it taught me about organization, how to run my business with a board, and committees, and board meetings.  I learned a lot about structure,” he said.  It also helped him to connect with other entrepreneurs, and have his ideas included in discussions of maintaining and growing the downtown.
Bach opened M-Brew in 2014, taking an old VFW Hall and turning it into a cozy place for pizza, pasties, and Michigan craft beer.  “When things were really going well, we decided to invest,” he said. “That was a good decision.”
Dino’s and M-Brew grew to be staples of the Ferndale community, proudly hosting fundraisers for organizations of all kinds including taking part in the Ferndale Pub Crawl, and creating the Rib Burn Out event that celebrated

winter with a big party tent in the parking lot to raise money for good causes.
“I have loved being here in Ferndale,” Bach said. “It’s a great community, and whether we sell the businesses or stay involved as a partner, we’ll still be in touch with what’s happening here.”
SO WHAT’S NEXT?
“I know that Dino’s needs to have a conceptual change. It’s needed it for a long time, and I’ve been aware of that,” Bach said.  “My wife and I had been talking about what to do with Dino’s, and we got to talking about what do we want to do.  We are getting older, what do we want to experience in the time we have left?”
Those discussions led to a visit to Otsego Lake in Gaylord,  a place where Bach would visit his father growing up.  His dad lived in a home just behind an office building at 4029 Old 27 South.  When they went up to visit, Bach saw that the building was vacant.
“This would be a great spot for a restaurant,” he said.
He looked

up the property owner and learned that it was a longtime friend who had no plans for what to do with it. That got the ball rolling on Bach’s next dream – The Belle Iron Grille.
The past year and a half has been spent back and forth between Ferndale and Gaylord.  The Bach’s found a lakefront home, and began renovations on the restaurant.  Sunday Funday Brunch will soon be an up north thing, and Belle Iron Grille will bring a variety of new dishes to the area. There’s also a four-season patio that will be great for events.
“We should be open within the next few weeks,” Bach said.
The plan, he said, is to keep Dino’s and M-Brew open until he finds the right investors. Meetings are lined up with several interested parties.  “I don’t know what will come of it, but I’m excited,” Bach said. “I don’t think that Dino’s will still be Dino’s a year from now. We’ll see.” 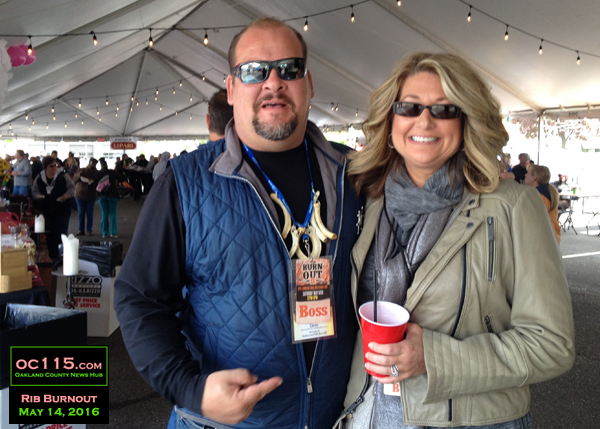 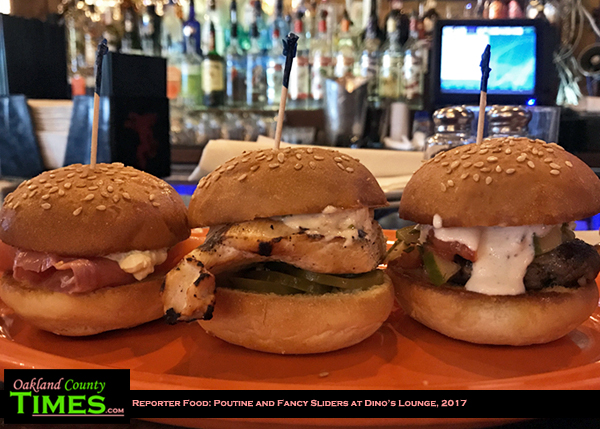 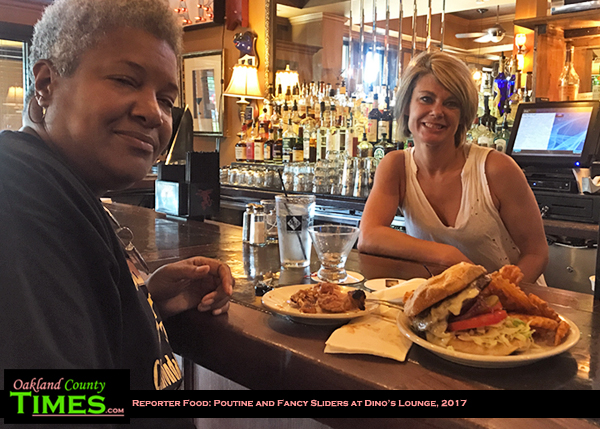 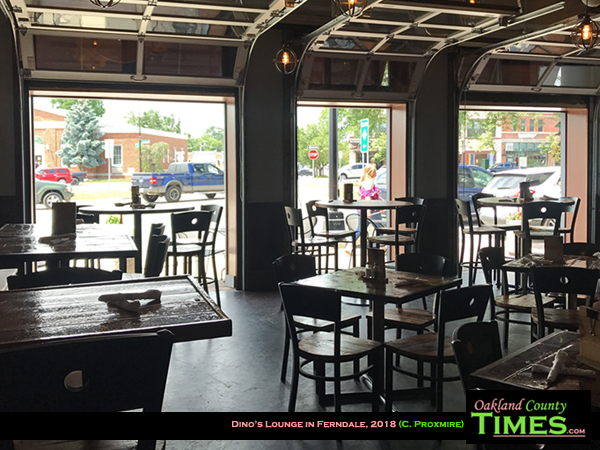 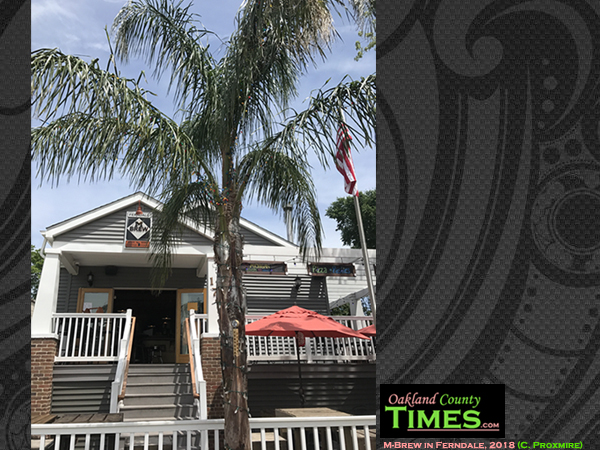 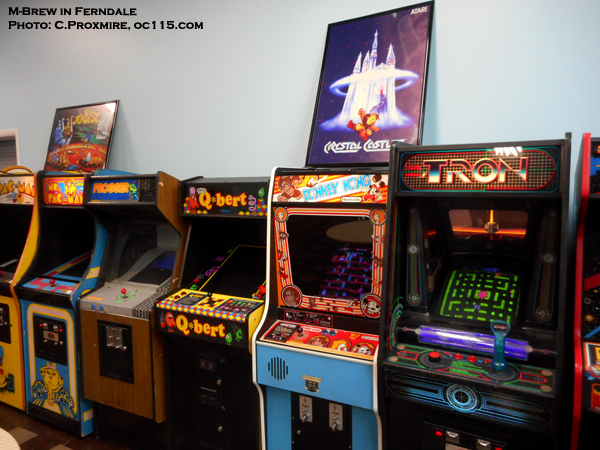 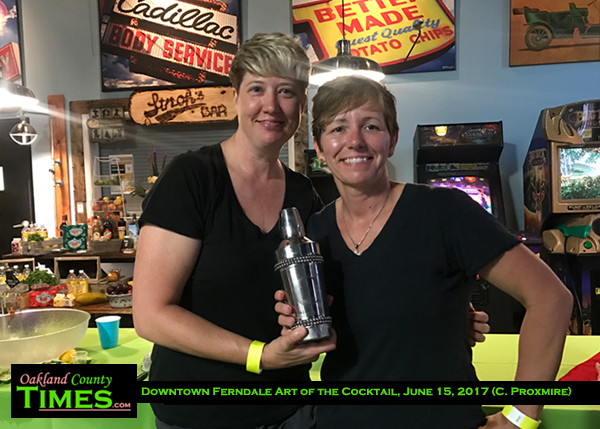 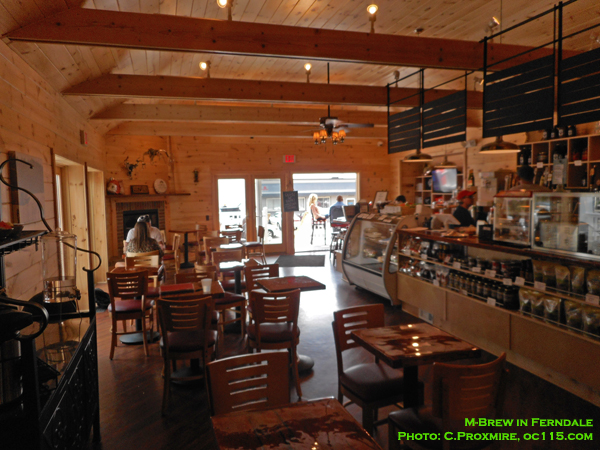 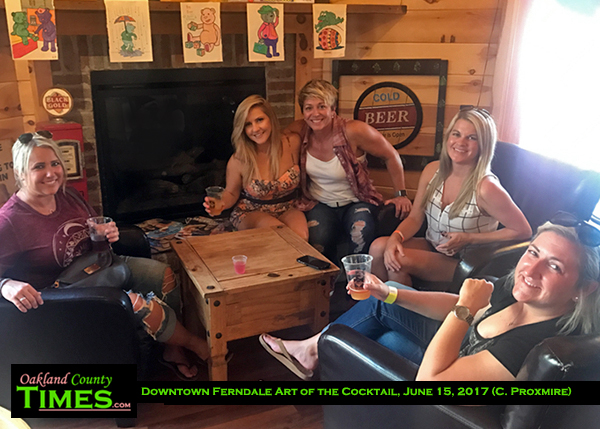 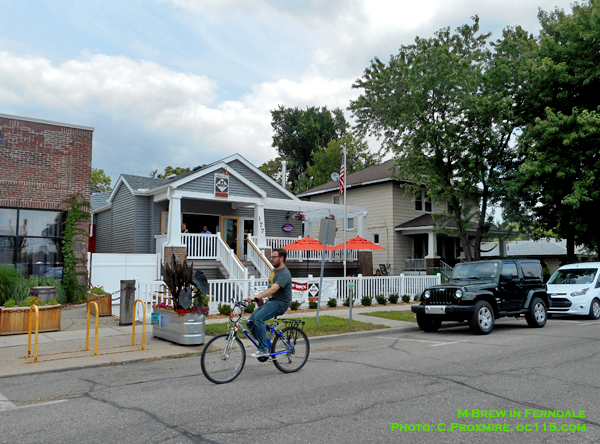