Property Showcase
(Crystal A. Proxmire, Nov. 14, 2018)
Waterford, MI- Cities in the Oakland County One Stop Ready program have streamlined development processes and learned more about how to market the spaces they have with businesses they’d like to see.
The culmination of this effort is the annual Oakland County Property Showcase, where each city can present a site or two to a room full of builders, developers and real estate agents. It’s also a chance for officials and administrators to learn from each other and celebrate successes regionally.
This year’s event was held Nov. 2 at Oakland Schools in Waterford, with Search Josh Champagne, Search Optics Director of Facilities, as the main

speaker.  Champagne talked about his company originally starting to set up shop in another area before getting frustrated and moving to Ferndale.
“We went to do a certificate of occupancy transfer, and it was hard.  It took so much time and so much run around.  We decided to move on.  We knew if it was this hard for something so simple, we didn’t want to be there and deal with more of that down the road,” Champagne said.
The company picked Ferndale, in part, because of friendly staff and streamlined development process.  “I feel like we have a partner in the City of Ferndale, so we continue to invest there,” he said. He applauded Oakland County’s efforts to bring One Stop Ready Principles to more communities.
The Property Showcase spotlighted 102 properties in 21 cities and townships.

Ferndale promoted the Development on Troy (dot), as they are looking for a development partner to construct a mixed use structure with ground level retail, parking, office and apartments at the corner of Allen and W. Troy in the Downtown.
Pontiac promoted the Phoenix Center, an 8.35 acre space with a parking deck topped with a covered amphitheater.  They also showcased an area of land on Crystal Lake in hopes of attracting a residential builder.
Madison Heights Mayor Brian Hartwell was at the event along with several people from the Madison Heights-Hazel Park Chamber of Commerce and Downtown Development Authority (DDA).  “The only talking point over the next couple of years is development,” Mayor Hartwell said.  He expects to see more development in the DDA area, changes to the 12 Mile and John R. former Kmart site, as well as medical marijuana facilities occupying former

industrial and light manufacturing spaces. “Our biggest concern with that is public safety, but a portion of the money in licensing those businesses can be earmarked for public safety.
Hartwell also is proud of the fact that Madison Heights is home to so many minority-owned businesses. From mom and pop restaurants of all kinds, to international corporations, there are over 500 minority-owned businesses there. “This is a great opportunity for our city to promote what a welcoming and diverse city Madison Heights is,” he said.
The three properties Madison Heights pitched at the showcase are the current Boodles Restaurant at 935 W. 11 Mile Road, the vacant lot next to Save A Lot on 11 Mile and John R, and a former bowling alley that is zoned industrial at 29600 Stephenson Highway.

In Troy one of the focus properties is the former Met Hotel at 5500 Crooks Road.  Economic Development Specialist Glenn Lapin and Assistant Drew Benson are excited to see something new in this location.  “It’s up to the developer if they want to keep the building or tear it down,” Benson said. “There are lots of dreams for the Met property.  Its 17 acres in a great location right there at I-75 and Crooks.”  The hotel closed about two years ago.  It could be turned into offices or residential, possibly senior living.  Or the purchaser could tear it down and start fresh.
Lapin said Troy became part of One Stop Ready a few years ago. He said there has been an emphasis on clarifying the rules for developers to make it “fair, flexible and predictable.”

“We want to make sure zoning and ordinances are right,” Lapin said.  He added that the program has been helpful because “we can learn from each other. How can we learn from each other and how can we help each other?”
Kim Marrone, Community and Economic Development Director of Oak Park, is excited about all the growth in the city.  “A lot of people are moving to Oak Park now,” she said.  “It’s great.” Among the recent developments have been Jefferson Oaks townhouses, FedEx moving into a distribution center at the former Armory site, and River Rouge Brewing Company moving into a spot on 11 Mile Road. Two years ago, Oak Park featured the former Kmart property on Greenfield as a potential site for redevelopment.  Now it’s on its way to becoming a Kroger store.
There is still space available in Armory Park, located at 15000 Eight Mile

Road.  The land is in front of the FedEx distribution site.  There are 27 acres zoned for Planned Unit Development.  They also presented information about the former Lisa’s Little Angels Daycare at 10450 West Nine Mile Road, and the former Academy of Oak Park building at 21700 Marlow Street which is zoned R1 single family residential, but noted that multi-family rezoning would be considered.
Orion Township has taken a proactive approach to developing  Brown Road at Baldwin Road the past few years.  Gary Roberts of Strategic Communications Solutions has been helping the community through the planning process.  In 2016 Township officials approved the Brown Road Innovation Zone that set standards for lot development including setbacks, appearance, features, landscaping, etc so that as businesses move in there can

be a consistent feel to the developments.  They approved $5million in new road funding to widen Brown Road.
“We’ve got this area that is underutilized and blighted,” Roberts said.  “There are old gravel mines that are just this open slate for developers…We do look at our neighbors in Auburn Hills, and how they have developed. By having a plan we can have that corridor looking nice too.”
The Village of Lake Orion has a number of interesting properties for sale or lease, including those on the water. DDA Director Molly LaLone was on hand to promote properties such as the seven-property bundle called Portfolio North at South Broadway Street and Atwater Street, and Portfolio South which has 11 properties at South Broadway and Heights Road.

“There are some really desirable properties available right now,” LaLone said. “People want to be near the water.  There’s just something that draws people in.”
Near Downtown Lake Orion is a redevelopment opportunity in an old school building at 55 Elizabeth Street.  This 3.06 acre property would be ideal for a multifamily Planned Urban Development (PUD).  And right downtown is a new mixed use building in the works at 120 South Broadway with retail and office space available.
A book featuring all of the properties was given to participants, and is available at the One Stop Ready website HERE.
NOTE: This story originally stated “the former Boodles restaurant.” We have since learned that the restaurant is open and have updated this post with the correction. 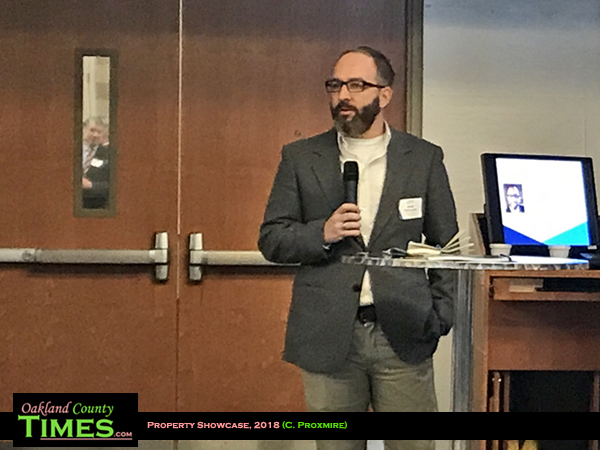 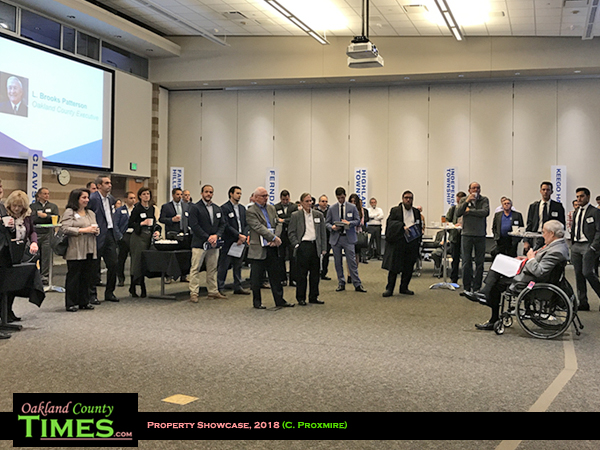 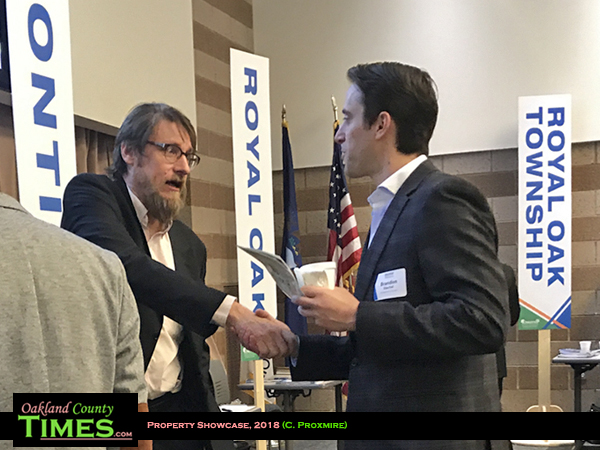 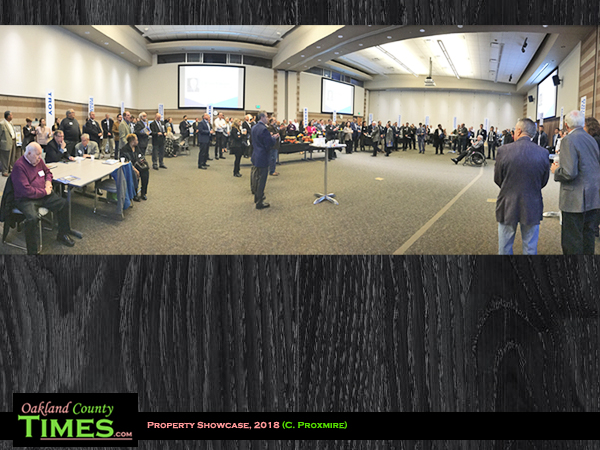 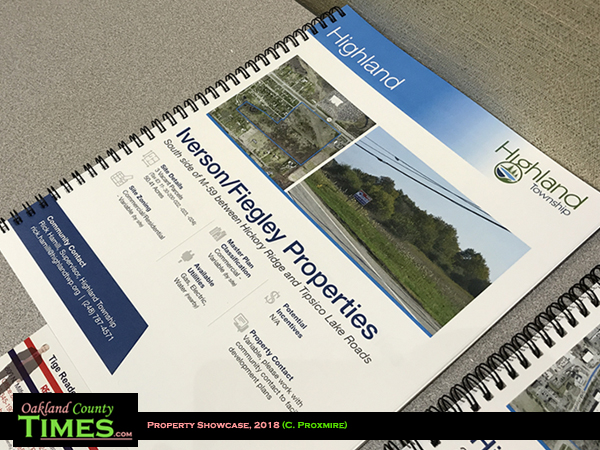 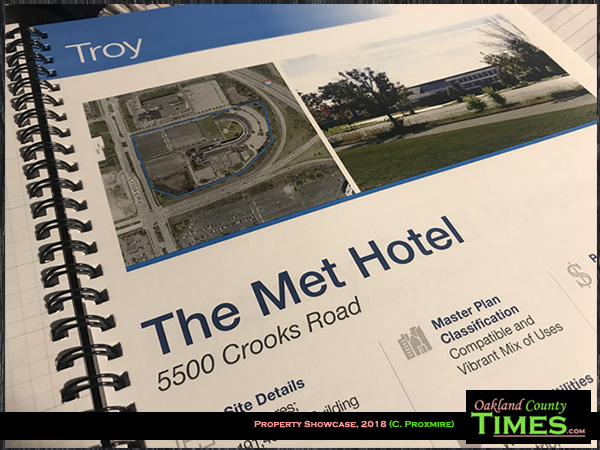 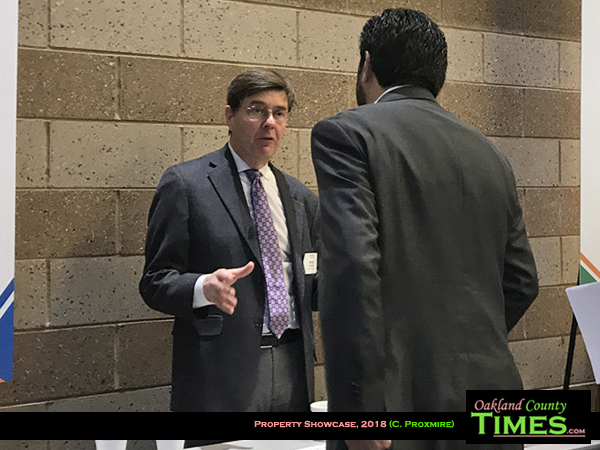 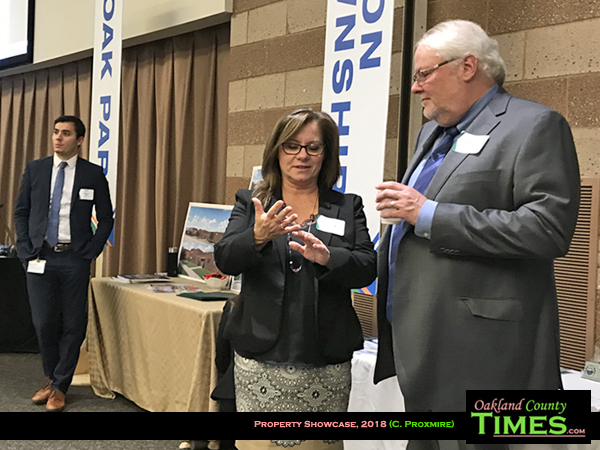 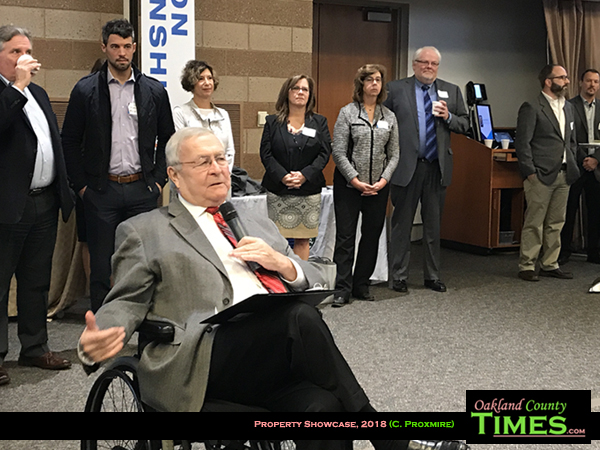 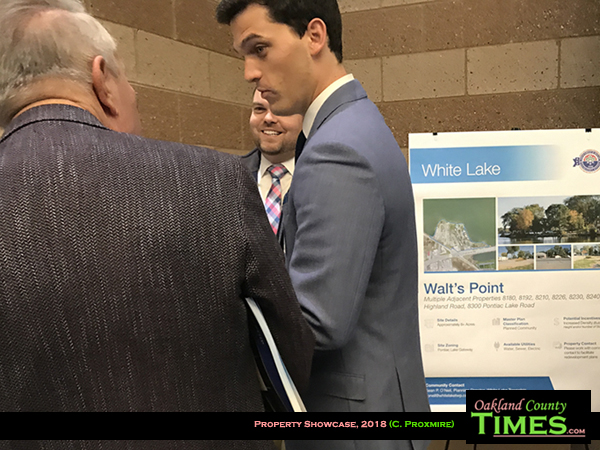 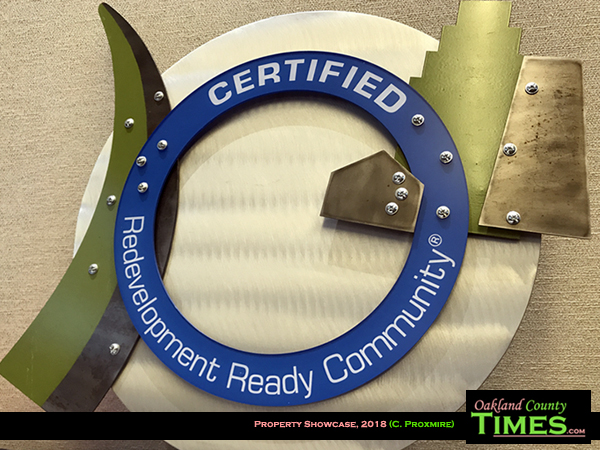