Over 200 people gathered at Ferndale City Hall Thursday night to protest the Trump administration and the recent decision to remove Attorney General Jeff Sessions and appoint a replacement that has not been vetted by Congress.
The move is seen by many as a way to thwart an investigation being done by special counsel Robert Mueller into possible collusion between Donald Trump’s campaign and Russia.
The “Protect Mueller” rally included speakers such as Congressperson-elect Andy Levin, Oakland County Clerk Lisa Brown, Oakland County Treasurer Andy Meisner, and rally organizers Kat Bruner James and Kevin Deegan-Krause.

Bruner James, a civil rights attorney, led the crowd in chanting “No one is above the law.”
“Who is not above the law?” She said.  “No one is above the law,” the sea of voices replied.
Speakers looked towards history for lessons.  Several compared the moves of President Richard Nixon during the Watergate scandal known as the “Saturday Night Massacre”
On Oct. 20, 1973 , several officials were asked to fire the independent special prosecutor who was looking into Nixon and his campaign.  There was a series of resignations and terminations as the President tried to obstruct the investigation against him.
Deegan-Krause is a political science professor at Wayne State University. “I

spend lots of my life in other places studying politics and there’s one country that I lived in for a long time… a tiny place, smaller than Metro Detroit, called Slovakia,” he said.  “In 1994, 1995, they had a Prime Minister who, once he got elected, systematically started changing the laws… Systematically stated undermining democracy.  And while I lived there he did some nasty stuff.  He kidnapped other officials.  People were killed in the process. And when he started to get investigated, he would stop the investigations, replace the investigators, replace those with other investigators, until he got the one he liked. And I thought to myself at the time this could never happen in my own country.”
He said that the Prime Minister was voted out after two years, but it took over 20 to undo the messes he had made.
Several speakers equated Tuesday’s elections with push-back against the

Trump administration.  “Here in Michigan we sent Donald Trump a huge message on Tuesday. We elected a huge wave of women to lead our state,” Levin said.  “Our democratic delegation is five women and two men, a Palestinian, an African American.  We are diverse.  We are America and we are coming for you Donald Trump.
Oakland County Clerk Lisa Brown touted the election results.  “I gotta tell you.  Over 21 months ago I spoke at the women’s march in Lansing and I remember feeling consoled by the fact that there were so many people that felt the way I did,” Brown said.  “But I was also doubtful.  I was doubtful that the engagement, the energy, would continue and feared that the people would become complacent, taking the outrageous behavior by the man in the White House… as just another day.  That we would grow lax…but we didn’t.  Indivisible groups were formed, people stayed engaged. It’s been incredible.
“We had record-setting turnout.  It was amazing.  We had 64% voter turnout

in Oakland County. That’s not normal for a midterm election I can tell you.  It was amazing.”
In announcing the political speakers, Deegan-Krause said “The people who come up here, the elected officials who are going to talk to us, aren’t the only people who have the ability to change things, because the real people who can change things, as they changed things on Tuesday…those people are you.  And this state’s Constitution says that all political power begins with you, in inherent in, the people – and that is you. That is not in the people who are trying to change the rules for their own benefit.”
Protests happened around the country, including Washington DC, New York, Boston, Philadelphia and Chicago in hopes that Mueller’s investigation would continue without interference. Congressperson-elect Levin said there is a bill in progress that would protect funding for the Mueller investigation that would also prevent Mueller from being fired without just cause. The rallies were organized by MoveOn.org a group that calls itself  “a force for social justice and political progress.” 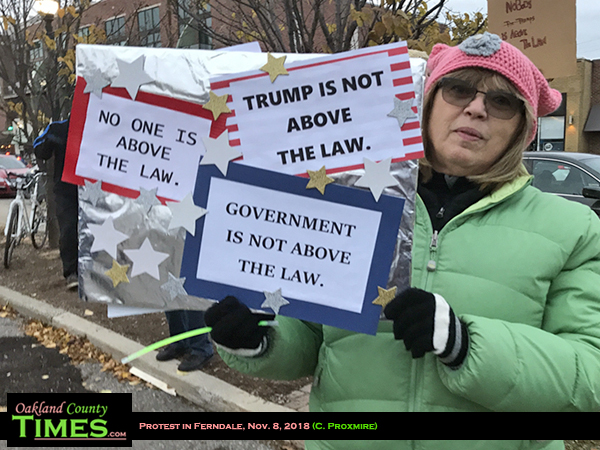 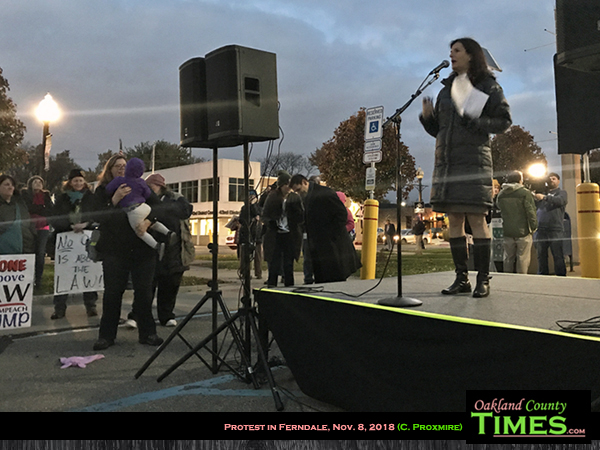 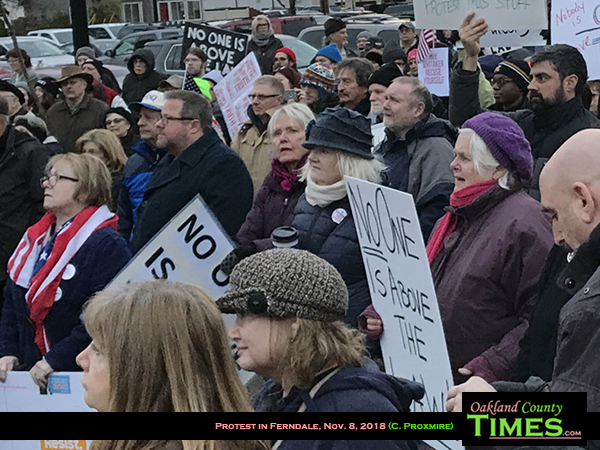 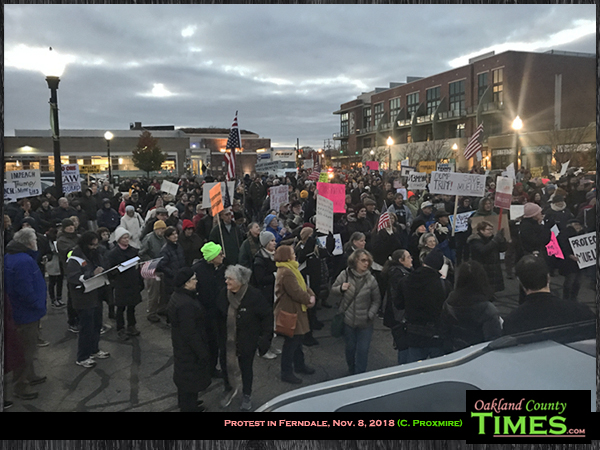 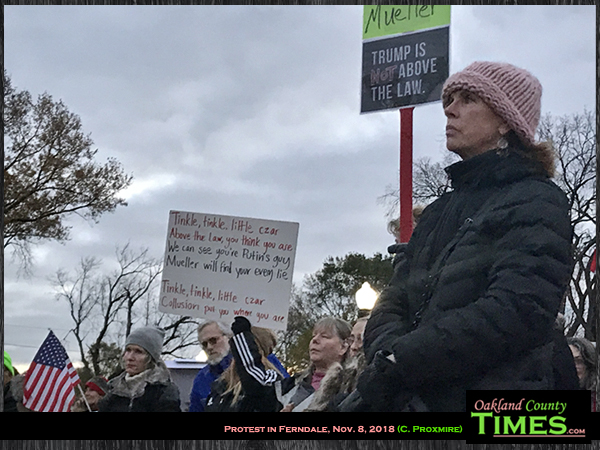 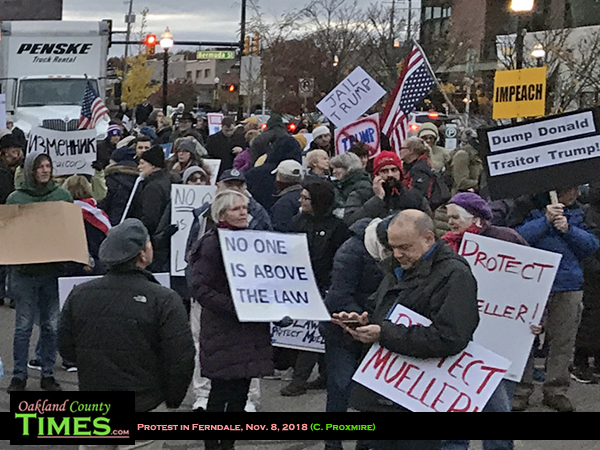 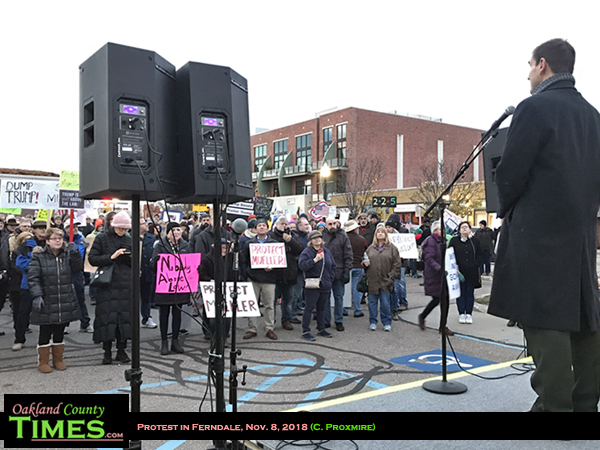 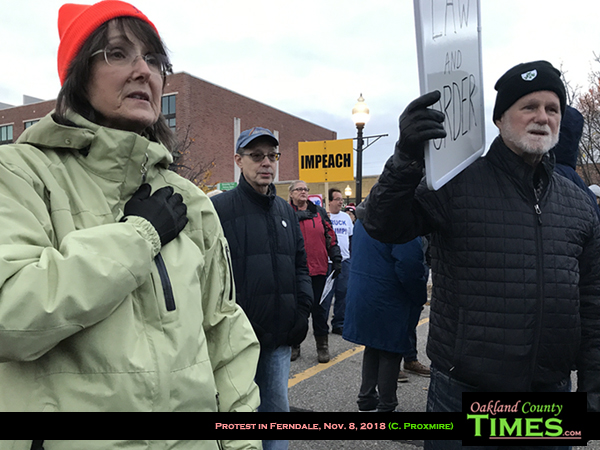 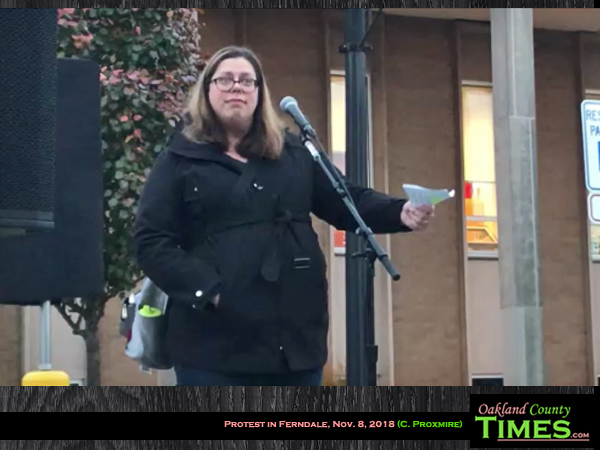 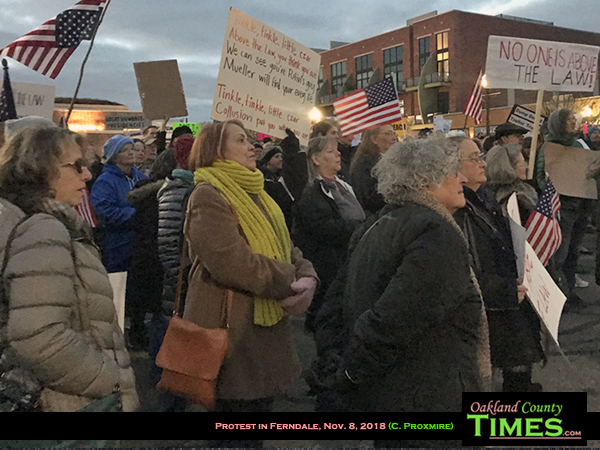 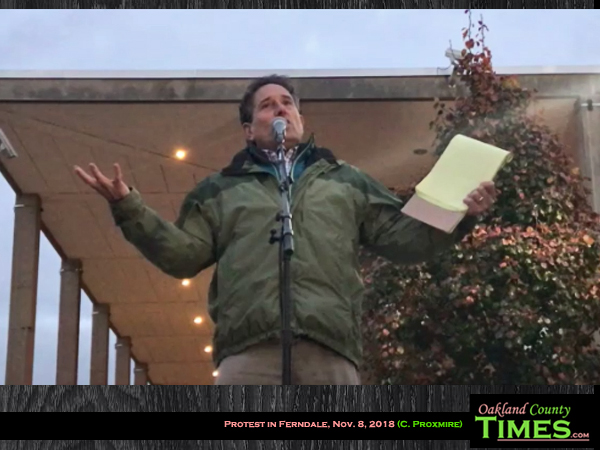 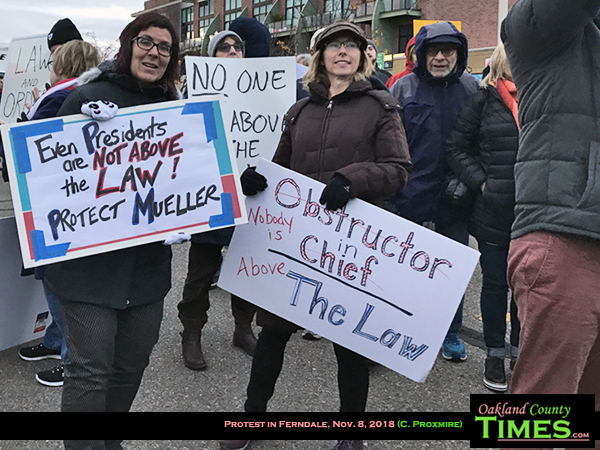 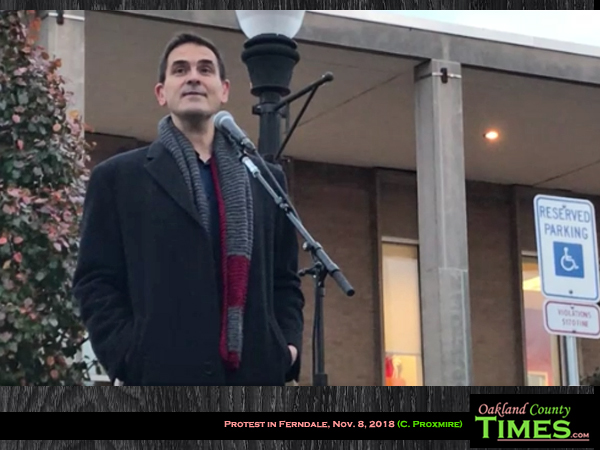 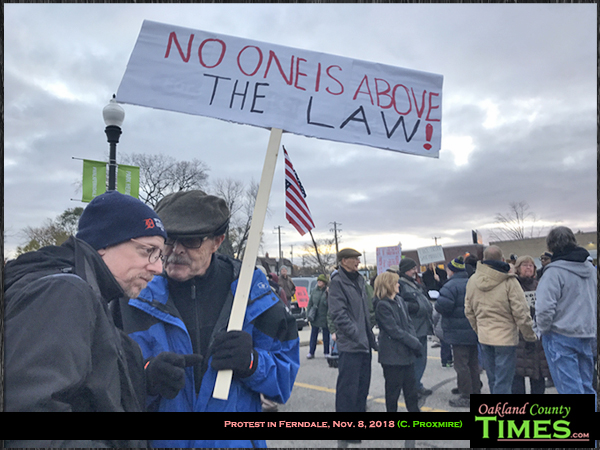 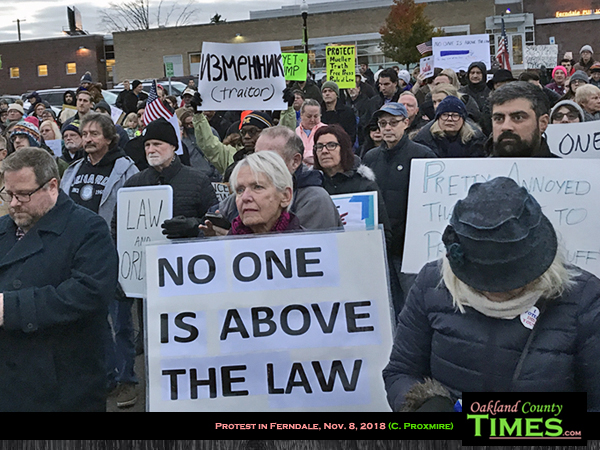