High School, the excitement of home football games starts well before kickoff. In the minutes leading up to dismissal, the entire marching band assembles in the cafeteria. And then they march and play as the drum major leads the way throughout the first floor of the building, up the stairs, around the second floor and back down again. It’s exhilarating, infectious and plain awesome.
The tradition was established when Ben Baldwin joined the ranks at Holly as band director in 2013.
I contacted Baldwin when I learned that the Holly High School marching band was chosen to perform in Dublin, Ireland for the 2020 St. Patrick’s Day parade. He invited me to observe the band during practice.
I walked into the band room and was met with some version of chaos: 140 students in a room less than half the size of a gymnasium unloading

instruments and chatting. Mr. Baldwin stood at the front of the room and earned the attention of the room, effortlessly. The weather wasn’t cooperating; full band practicing on the field was a no go. Most of the band were to practice in the auditorium while percussion stayed in the band room.
The students filled the hallway as they crossed into the auditorium. They set up music stands and took their places on stage, promptly; I was impressed with the collective discipline.
Baldwin’s love of music was galvanized in ninth grade while attending the Blue Lake Fine Arts camp. “After performing the Shostakovich ‘Festive Overture,’ he said, “I was in love with music forever.” He went on to serve as a Marine trombonist for four years before acquiring his education degree.
Given Baldwin’s background as a Marine, I expected a militant demeanor. But

his confidence and authority were effective and commanding without force.
“Everybody come to standby. Let’s do just a little bit of breathing first.”
I heard what sounded like small gusts of wind.
Then came vocals, chords.
Then scales and warmups with instruments. “Let’s do F Remington starting at low B flat going down to low F… let’s go 10% above level. Set the met to ninety-five.” Arms up, he invites them to start.
The clang. Clang. Clang. Clang of the metronome kept time as the battery joined into the mix.
The full, rich, unified sound gave me chills. The sensation and excitement

parallel those evoked by the buzz of Big 10 football games. And it was only the warmup!
Two-and-a-half minutes later, Mr. Baldwin jumped right into “movement 2” of the piece they’ve been working on. “Let’s go straight to measure 103,” he said. While they worked on how to perform the piece, I headed back to the band room where the percussion was hard at work.
A boisterous crash of cymbals greeted me, its salutation reverberating in my chest. I watched with wonder as the students switched between intense focus and pounding out their notes. Their movements were animated and intense.
I asked how it feels when the band is absolutely crushing it out on the field. Mr. Baldwin said, “It’s hard to describe the sense of pride that I feel in that moment… It truly is one of the greatest moments in the career of a band director.” He also points out that the band performing at its peak is the

culmination of months of arduous practices and countless other elements such as show selection, design and choreography to prop building and technical staff.
Despite the somewhat indescribable pride Baldwin experiences when directing an excellent performance, the students are his favorite aspect of teaching: “With some of my students, we have conversations about everything from music to life, and with other students, our relationship is based on a nod and a wave as I walk through the lunch room. I think the relationship I have with each of my students, regardless of what level it is at, is absolutely precious.”
Baldwin’s level of connection with his students is more than meaningful; it’s also an effective tool in leading students to achieve their potential as musicians. Holly High School band has a reputation of earning superior

scores at festivals. The annual Michigan School Band & Orchestra festival is no exception. The October 25, 2014 episode of Forte, a PBS Documentary, followed the band as they prepared for and performed at “Festival.” They scored the highest marks possible.
Mr. Baldwin presents additional developmental opportunities to his marching band. “We travel every eighteen months.” Baldwin applies to festivals and events around the country. Even the Macy’s Thanksgiving Day Parade. “The worst thing that can happen is that they say no.”
And Macy’s has said no. As have other entities. But several have said yes. The band played in the half-time shows at the 2017 Alamo Bowl in San Antonio, Texas and the 2015 Alamo Bowl in Tampa, Florida. In between they marched

in the 2016 National Memorial Day Parade in Washington D.C..
When considering Baldwin’s professionalism, expertise, commitment to his students and the band’s impressive dossier, perhaps it’s no surprise that the pitch to perform in Ireland on St. Patrick’s Day would be accepted. Regardless, being one of only two American high school bands accepted to perform at the 2020 St. Patrick’s Festival Parade sure is exciting and something to be proud of.
Learn more about Holly Band at https://www.hask12.org/schools/holly-high-school/parentstudent-resources/hhs-performing-arts/hhs-bands/ 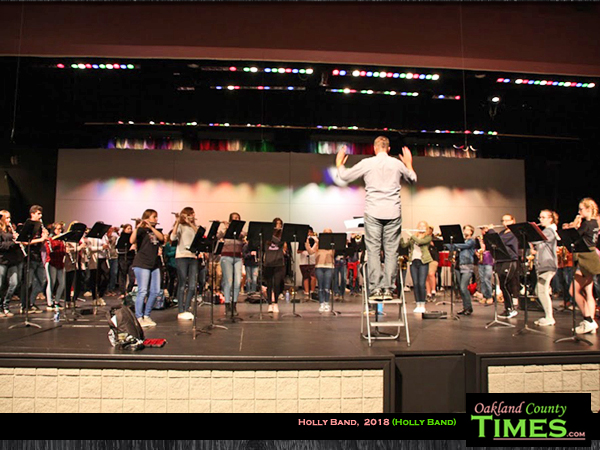 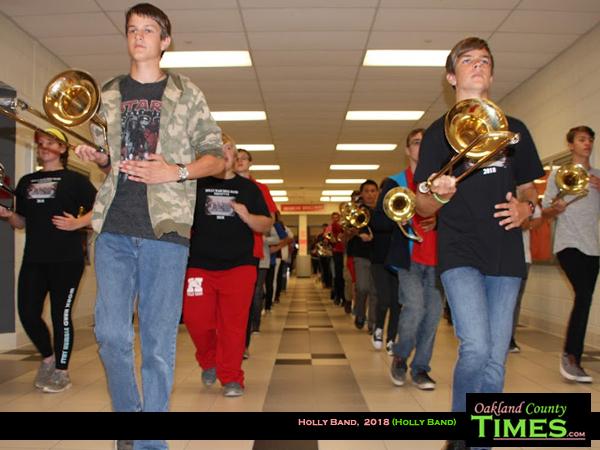 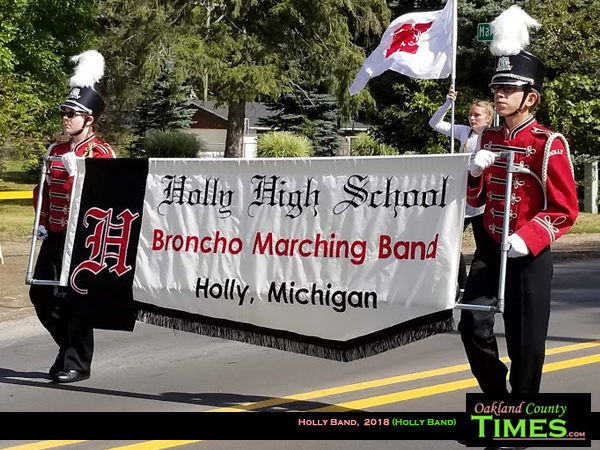 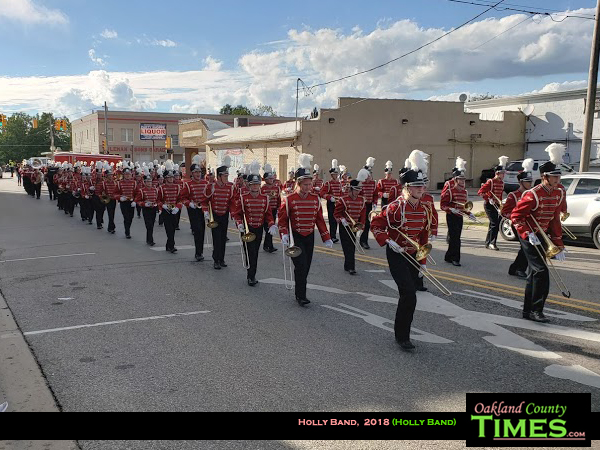 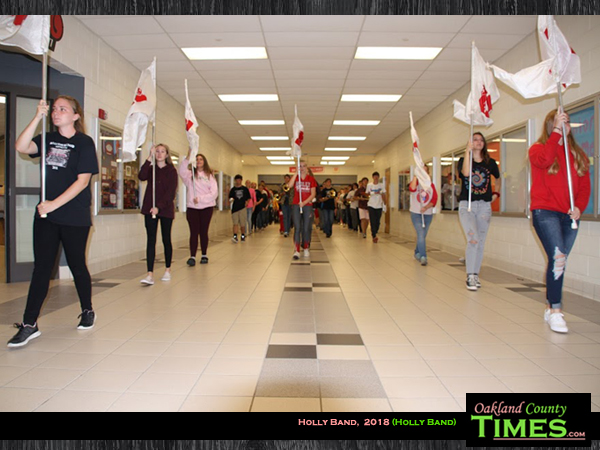 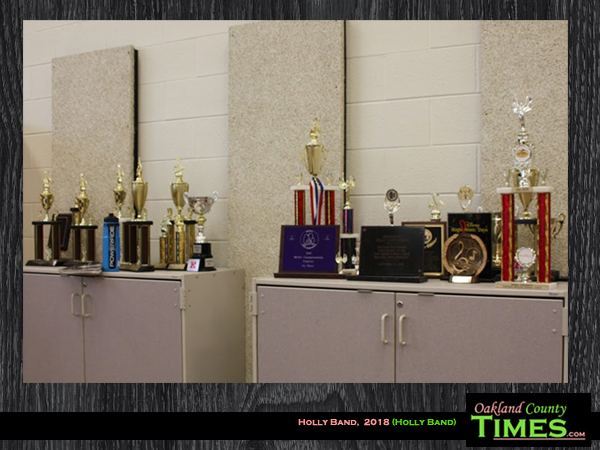 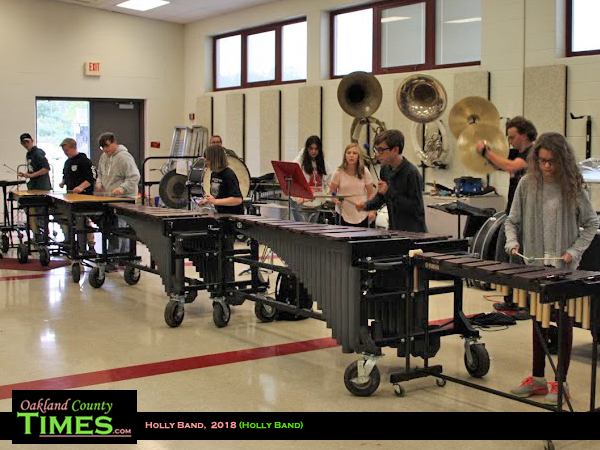 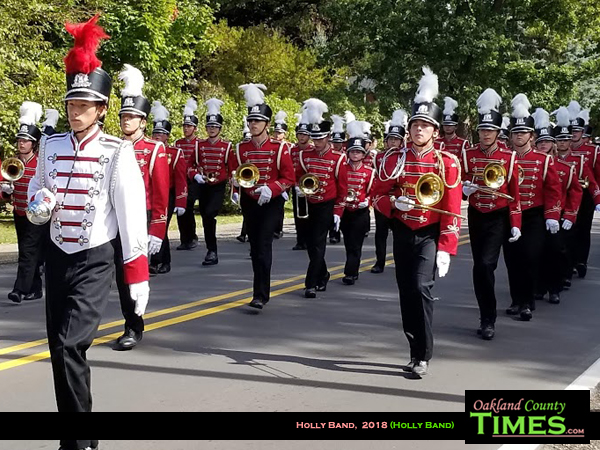