(Crystal A. Proxmire, orig. June 26, 2018)
Royal Oak, MI- Voters in Royal Oak will be able to decide in November if they want to fund a city-wide system that would increase SMART bus routes, hours and frequency within the City of Royal Oak. The City Commission voted Monday evening to have staff draft language to go on the November 6, 2018 ballot requesting 1.25 mil to fund the project, with Commissioners Kim Gibbs and Randy LeVasseur giving dissenting votes.
The Commission listened to recommendations by the Transit Task force, led by former City Commissioner and State Rep. Marie Donigan. She and County Commissioner Dave

Woodward presented the recommendations with staff from SMART on hand to answer questions.
Recommendations include:
-A route that would connect Somerset Mall with the existing Fast Route service on Woodward Ave
-Routes that are near schools, senior centers, community centers and other destinations such as Beaumont Hospital, Farmers Market and the Detroit Zoo
-Expanded service on Campbell and Crooks
– Increased frequency
-Expanded hours on nights and weekends
-14 new vehicles, paid for with State and Federal funds

-25 covered bus shelters
-Tracking app and security cameras
The proposal also includes the creation of an oversight board and an administrative position. Drivers would be screened and hired by SMART.
The cost for the average household would be around $10 per month. The system would cost $1.25 million to implement, and about $4.45 million to operate.
The Task Force was created in Nov. 2017. Members spoke with stakeholders, conducted a community survey, hosted an open house, researched transit options, and worked with SMART

to see what options would be available. The group came up with the name ROGO (Royal Oak Go) for the service.
Donigan explained that currently patients and employees visiting Beaumont Hospital must get off the bus at Woodward Avenue and 13 Mile and walk to the facility. “Beaumont is our largest employer, and they have parking challenges,” Donigan said.
Commissioner LeVasseur opposed putting the issue on the ballot, stating “this seems like an inefficient, old-style system.” He suggested that services like Lyft and Uber would be more effective.
Commissioner Patricia Paruch noted another benefit of SMART service, stating that seniors “want to be able to know their driver. Frank’s driving today, as opposed to an Uber driver

who is a stranger.” Lyft and Uber services are also not consistently available, are limited to those who have a credit card, and cost riders multiple times more than bus fare.
Paruch also said “In our extended family we have people with disabilities… We have friends in Coventry Condominiums who are really excited about getting around town…. Voters deserve an opportunity to vote one way or another if they want this.”
Mayor Michael Fournier also said that his family would likely be users of the system. “As a parent I see this as a great advantage.”
The City Commission will vote on specific ballot language in July. For more info visit the City of Royal Oak website. 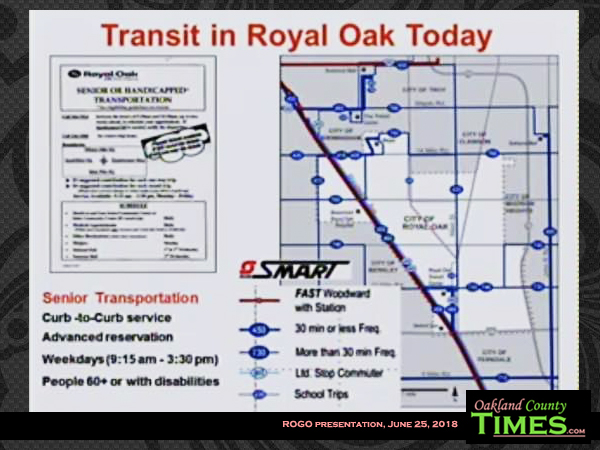 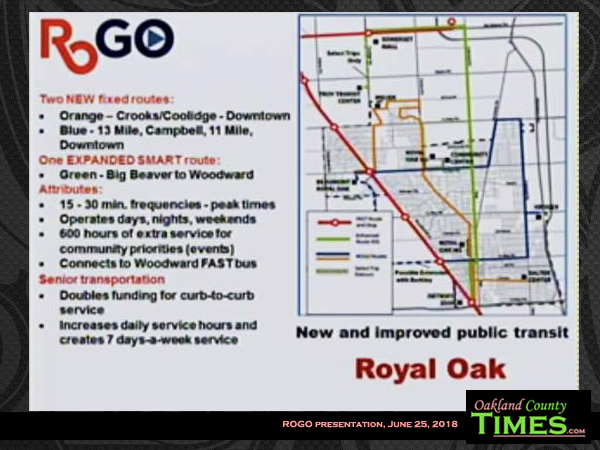